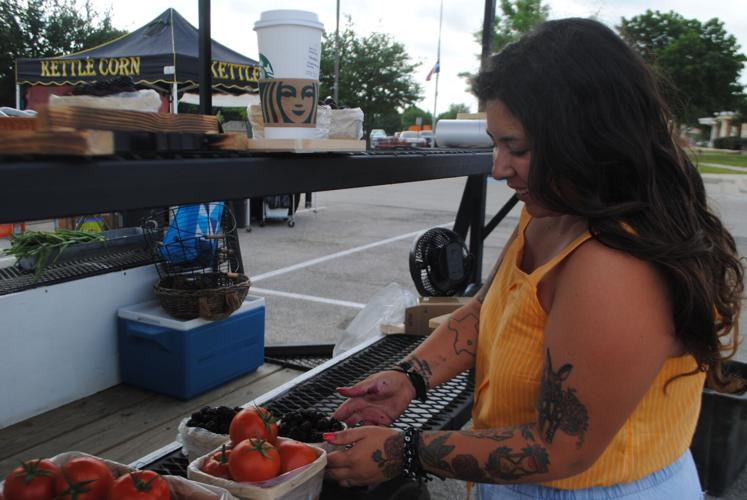 Bernadette Lopez, 24, a vendow along with her husband prepares some blackberries for customers at the Harker Heights Farmer Market on Saturday. 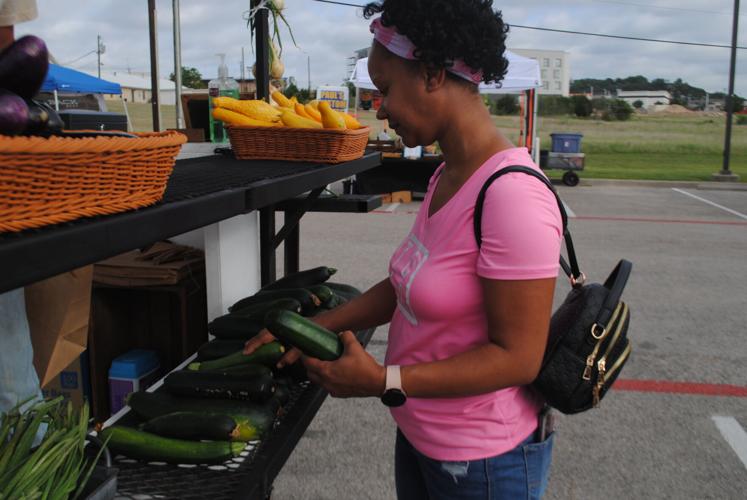 Tabitha Johnson, 41, the owner of The Occasional Cupcake does some shopping for new cucumbers. 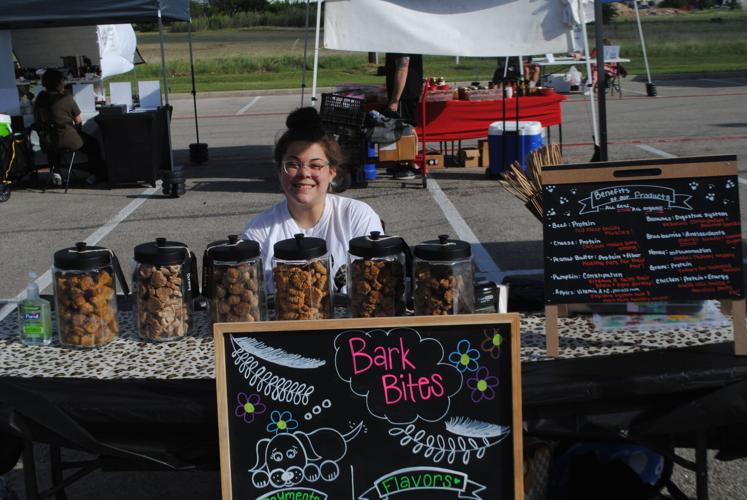 Bernadette Lopez, 24, a vendow along with her husband prepares some blackberries for customers at the Harker Heights Farmer Market on Saturday.

Tabitha Johnson, 41, the owner of The Occasional Cupcake does some shopping for new cucumbers.

HARKER HEIGHTS — The Harker Heights Farmers Market opened for the season this month, and things were busy Saturday as residents came out to shop locally.

Vendors came from all walks of life, including Bernadette Lopez along with her husband, Beau, who quit their full-time jobs to focus on their farm in Rogers, near Temple.

“We had triplets that were born and we said that if we were going to go all in then we’re going all in,” Lopez said as she was preparing blackberries for customers.

But at the market, there were not only farmers selling locally grown produce but crafters were there, too, such as Aida Valenzuela who sold handmade jewelry. There was also Brenda Johnson, along with her husband Gene, of Simply Sewn, who sell homemade sewn goods such as swaddles for babies and aprons for children.

There was also Rhea Thomas who runs the Cajun Viking, a blend of baked goods of Louisiana and baked goods enjoyed by the Vikings.

“When I’m dressed like this, my name is Asa,” Thomas said, “I’ve been doing historical re-enactment for a long time and my persona was early Norwegian and I started researching and found recipes in existence from the medieval period and earlier.”

Thomas was wearing a periodic dress of early Norwegian women.

“Just coming here to get some baklava, maybe look at plants for the nursery, and then head to work,” Hostetter said.