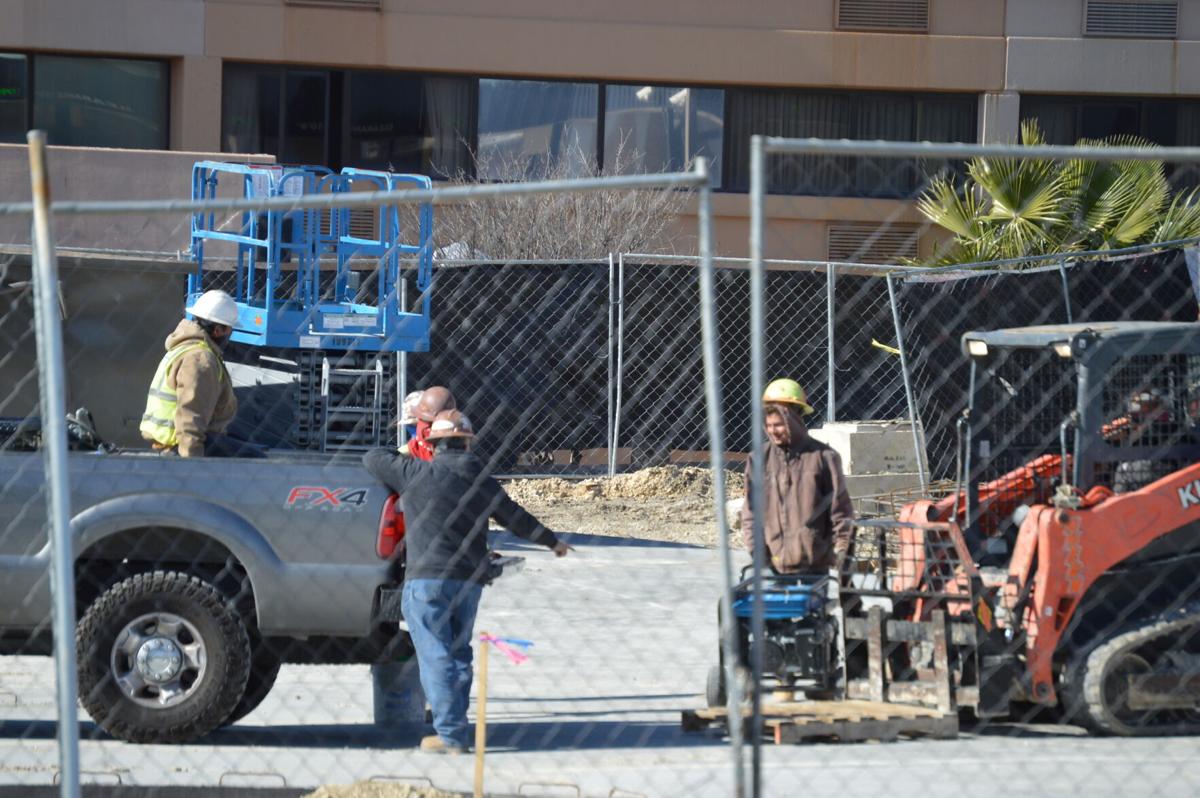 A worker moves a generator at the site of the new First National Bank on Trimmier Road in Killeen. 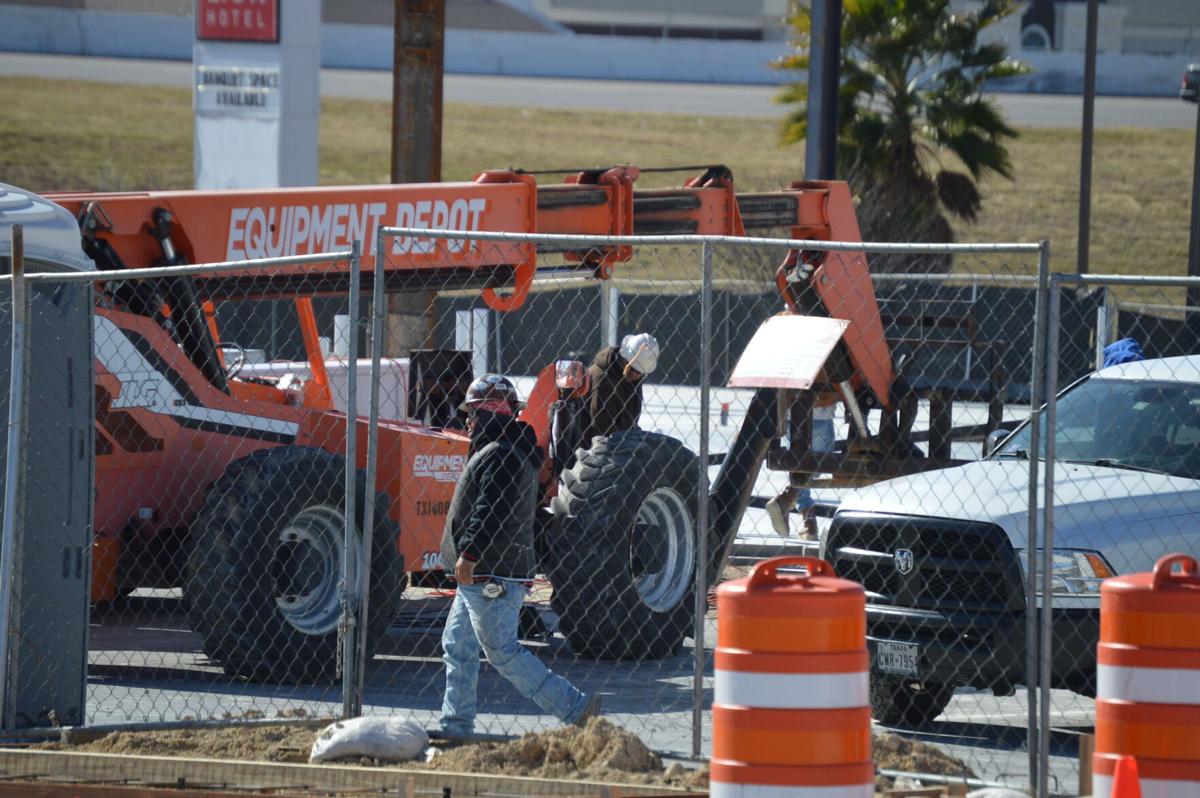 A construction worker walks at the site of the new First National Bank on Trimmier Road in Killeen. 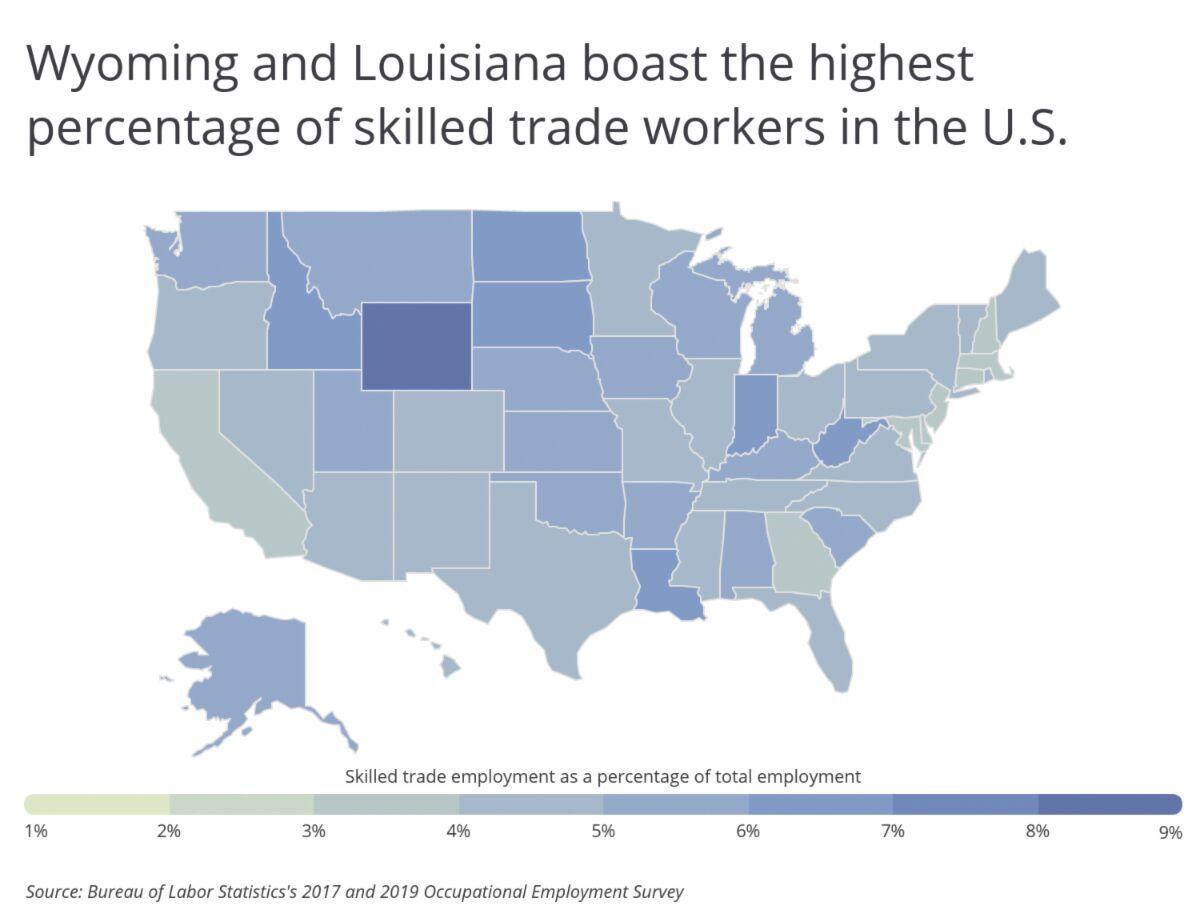 This map shows that Wyoming and Louisiana boast the highest percentage of skilled trade workers in the U.S.

A worker moves a generator at the site of the new First National Bank on Trimmier Road in Killeen.

A construction worker walks at the site of the new First National Bank on Trimmier Road in Killeen.

This map shows that Wyoming and Louisiana boast the highest percentage of skilled trade workers in the U.S.

Martin Ferguson doesn’t flinch when his company is the third plumber called out to fix a problem at a residential or commercial property. In fact, he is energized by troubleshooting and solving a tough issue for a customer.

“I’m one of those guys that is a challenge guy,” Ferguson said. “A challenge faces me, I love figuring it out and solving it. That’s my favorite thing about plumbing.”

The sense of accomplishment — knowing he has done quality work — drives him, he said.

“People need things done right,” Ferguson said. “You get people who want to make a quick dollar, and that’s sad. We love our job and getting to do it well. It’s great sense of accomplishment.”

Ferguson owns and operates Ferguson and Son’s Services in Killeen along with his wife, Elizabeth Ferguson.

“I am in a truck most of the time, from south Austin to north Waco — east and west just as far,” Ferguson said. “I’m not stuck behind a desk, I see the countryside. some of our customers are the sweetest and greatest people. I love meeting new people and it’s a great thing.”

A veteran of the Army, Ferguson grew up in Central Texas and worked his way up from a licensed apprentice to a master plumber. Then he obtained his Responsible Master Plumber certification and opened his own family business.

Now with more than 30 years of experience under his belt, Ferguson continues to serve the community primarily in the area of repairs and maintenance.

Even before COVID-19 became a concern, Ferguson said he notices people wanting to work from home, and pursue careers in the developing tech savvy world, but there is a need for trained skilled laborers across so many fields.

“There is so much unemployment, but there’s still so many opening for skilled labor,” Ferguson said. “People want to make the big money now, but skilled trades, you have to put in the time to get the knowledge to be able to make the money.”

COVID-19 has had an impact on every industry and preventative measures define jobs as “essential jobs” versus “non-essential,” according to Charley Ayers, director of the Texas Workforce Solutions.

“However, even during the “lockdown” most of the skilled trades operated in what was considered essential jobs,” Ayers said. “So the pandemic has not had as big of an impact on skilled trades as it has had on others like food service or accommodations.”

In fact, Ferguson said his business has actually grown by about 25 to 30 percent with more people working from home and noticing and having the time to address maintenance issues.

“People don’t want to stay home from work and miss work to wait for a plumber,” Ferguson said. “But with people working from home, they’re able to get work done that needs to be done.”

If things stay the same, Ferguson said, he doesn’t see the surge in work going away anytime soon.

Over the past two years, the Killeen-Temple metro area has experienced a growth of 25.4 percent in the employment of skilled trade workers, according to a study by Porch, reinventing the way people maintain their homes. Nationally, there has only been a 6 percent increase in the number of employed skilled laborers, the study showed.

However, the median annual wage for skilled trade workers is $36,856 locally, which is lower than the national figure of $47,428, according to data from The Bureau of Labor Statistics analyzed by the Porch study.

Skilled laborers are found in many sectors, and their median income as compared to the national average often reflects the lower cost of living in the Central Texas area, Ayers said.

“The median wage for electricians in Central Texas is $46,000 per year,” Ayers said. “It is not uncommon for the wages across all occupations in our region to be lower than the national average. That is in direct proportion to the cost of living in Central Texas and is still a significant reason businesses like to locate in our area.”

Last year the most expensive place to purchase groceries in the nation was Honolulu, Hawaii, Ayers said, and the least expensive metro in the United States was the Killeen/Temple MSA.

A plumbing apprentice can make between $10 and $12 hour for starting wages, depending on the prior experience and motivation an employer sees in the candidate, Ferguson said.

“A master plumber can make anywhere between $30 to $35 an hour,” Ferguson said. “As a responsible master plumber, you can open up a company and in plumbing, you’ll make money either way.”

While it isn’t a path to becoming wealthy in a short period of time, Ferguson said plumbers make a comfortable living — and if they are really driven and motivated, they can become financially successful.

“I’ve been in plumbing for more than 30 years and it has helped me put my children through college and taken good care of me,” Ferguson said.

There is an ongoing demand for skilled laborers in all sectors in the Killeen and Temple Metropolitan Areas, Ayres said.

Ayers said reason for the dearth is multi-layered.

“Our economy continues to create job growth across many industry sectors in our region that call for skilled trades,” Ayres said. “The Baby Boomer generation has filled a large percentage of skilled trade jobs and they are at or they are nearing retirement.”

Additionally, the workforce is still combating the culture’s emphasis on going to college, he said.

“Many school systems look to their university placement as the best judge of a quality education,” Ayers said. “In Central Texas, a good example would be electricians. There are 636 electrician jobs in our metro area with a projected growth rate of 11 percent over the next five years.”

One of the fastest-growing sectors of our economy is the construction industry, Ayres said, and 54 percent of those jobs in the building equipment and contractors industry sector. But 30 percent of individuals trained in those skill sets are at or approaching retirement age, he said.

Ferguson and Son’s Services is one of many across the Central Texas area that will cover the cost of training and testing for starting apprentices — which runs from $800 to $1,500 to get good people working for them.

“We also offer bonuses, if you bring in so much money,” Ferguson said.

In addition to incentives offered by individual businesses, Ayers said there are grant training programs available to sponsor individuals that meet certain criteria that can help them train for a new career or learn a trade.

“These grants are typically targeting those who are transitioning from the military or veterans, individuals that may have not completed high school, and others,” Ayers said. “Individuals should contact one of our Career Centers at Workforce Solutions of Central Texas and visit with one of our representatives to see if they might qualify and much of the training specifically ‘skilled trades’ is conducted at Central Texas College.”

If residents want to ensure their plumber has the proper certifications, they can look their name up on the State Board of Plumbing Examiner’s website or ask to see their license when they arrive at your door.

In addition to having the proper training and experience, state licensed plumbers are required to carry a certain level of insurance against anything that might go wrong in the house during the repairs.

While many students feel pressure to pursue a four-year degree as their next stage of education after high school and steady retiring rates among veteran workers, the need for skilled laborers continues to grow stronger.

The increased demand carries with it an increase in wages for trained workers in plumbing, electric, and other skilled labor positions, according to data from the Porch study.

For more information, a detailed methodology, and complete results, you can find the original report on Porch’s website: https://porch.com/advice/best-cities-for-tradesmen/