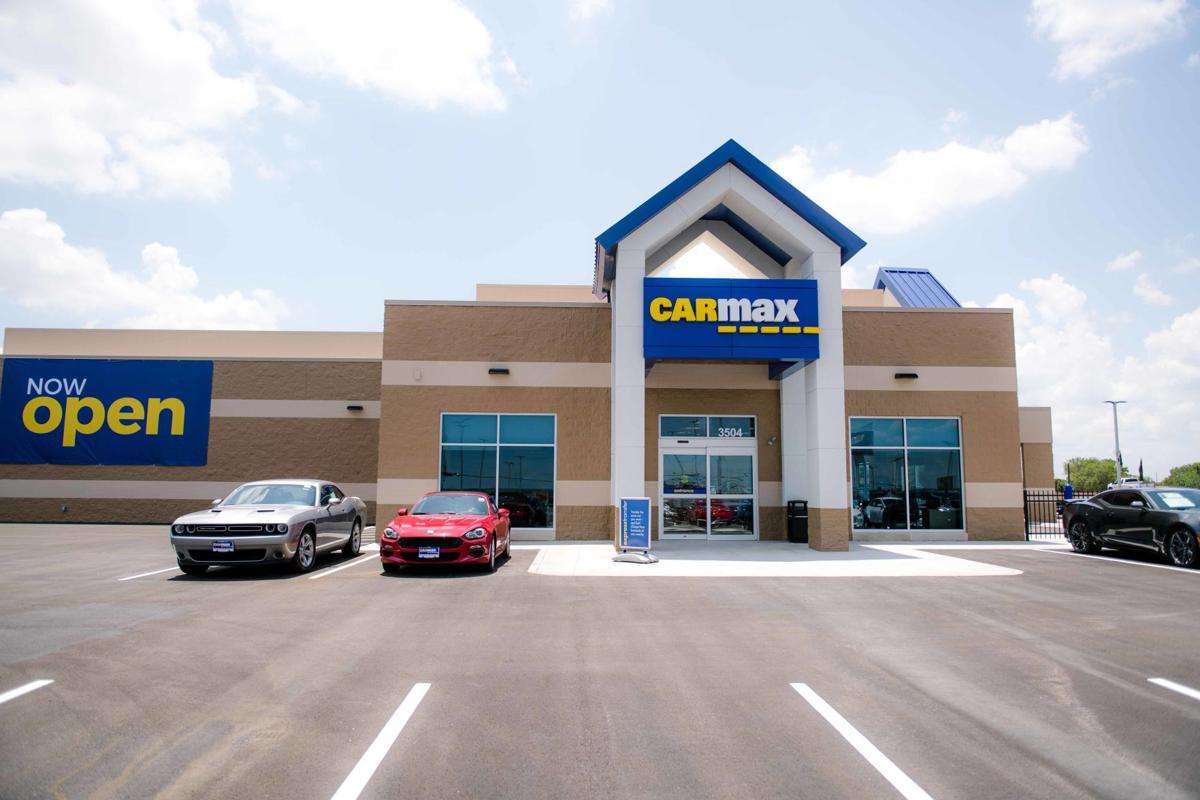 A “Now Open” sign is displayed on the CarMax building in Killeen Wednesday.

A “Now Open” sign is displayed on the CarMax building in Killeen Wednesday.

As the year 2019 comes to a close, Killeen-area chambers of commerce officials are reflecting on the past and preparing for improvements ahead.

Killeen has seen both population and average household income increases, while seeing a decrease in unemployment numbers, according to John Crutchfield, president of the Greater Killeen Chamber of Commerce.

The average household income increased about 1.2% in the past year, reaching an average of $64,788. During the past year, the unemployment rate decreased to 4.1 %, according to the Environics Analytics and Texas Labor Market.

Newly opened businesses outnumbered those that closed for good in Killeen at a ratio of a little more than 3-to-1, according to a list released by Killeen chamber.

Killeen’s new business Gatti's, which opened in 2018, is a franchise that offers meeting and party room space, a pizza buffet and arcade games, Crutchfield said.

Also expanding the entertainment options in Killen are the Urban Air Trampoline franchise with both trampoline apparatuses, a climbing wall and a zip-line, Crutchfield said, as well as Let’s Eat Texas, Let’s Cook Texas; a locally-owned gourmet coffee, light breakfast and lunch restaurant that focuses on international cuisine with a Texas twist.

“The company provides purified hydrogen peroxide to the semiconductor industry,” Crutchfield said. “They are currently expanding their operations as part of Phase II.”

The second phase of the company’s expansion is projected to create about $15 million in new capital investment and three new jobs with an annual average salary of $66,600, Crutchfield said.

“The expansion was necessary because their product exceeded the quality of their competitors,” Crutchfield said. “This created more demand from the industry than MGC had production capacity in Phase 1 of their Killeen Facility.”

“CSI Aviation started operations at the Killeen-Fort Hood Regional Airport to provide charter medical flights,” Crutchfield said. “The airport received a $3.375 million grant and CSI will invest 10 percent of the grant to build an office complex and hangars.”

The Boys and Girls Club of Central Texas is relocating and expanding their downtown operations at a site with better amenities for their youth members, with the help of a $385,000 grant from the Killeen EDC, Crutchfield said.

Solix, which operates a call center in Killeen, also expanded its downtown operations with a second location, he said.

“To date, the expansion has generated a capital investment in excess of $800k and created 111 new jobs with an annual average salary of $25k,” Crutchfield said. “Solix services government contracts which brings in high profile state leaders to the downtown area.”

Texas A&M University-Central Texas received a $4.2 million contract for research into cyber security, which will lead to the establishment of a research park, which is now in the planning phases at the Killeen campus, Crutchfield said.

Looking ahead, Crutchfield said there are several projects already in the pipeline for 2020, but they remain confidential at this time. Dillards is projected to change locations in the Killeen Mall in January.

Harker Heights had several new businesses open and others expand in the past year, said Gina Pence, president and CEO of the Harker Heights Chamber of Commerce.

But along with the new businesses, a few have closed for good, Pence said.

Pence said the Harker Heights Chamber will offer free business workshops in 2020 to prepare business owners for transitioning their business into new ownership when they are ready to retire.

“Each year the chamber offers new tools and training that supports the needs of our community,” Pence said. “Technology and E-Commerce are evolving rapidly and is an important component in today’s business environment. The chamber is proud to offer an online business membership to support the rapidly evolving e-commerce movement.”

In 2020, the chamber will also have e-commerce tools to support the sale of goods on the web, Pence said.

There were two commercial permits issued in October, according to the Harker Heights Chamber of Commerce website. The first is for a new Jack in the Box at 180 East Central Texas Expressway, and the second for Orange Theory Fitness, at 3045 Stillhouse Lake, according to the website.

Harker Heights will be celebrating the annual Hometown Heroes Awards Banquet at the Killeen Civic and Conference Center on Jan. 13, Pence said. Further announcements will be listed on the chamber’s website or on Facebook, she said.

Copperas Cove chamber officials did not respond to calls for this story.