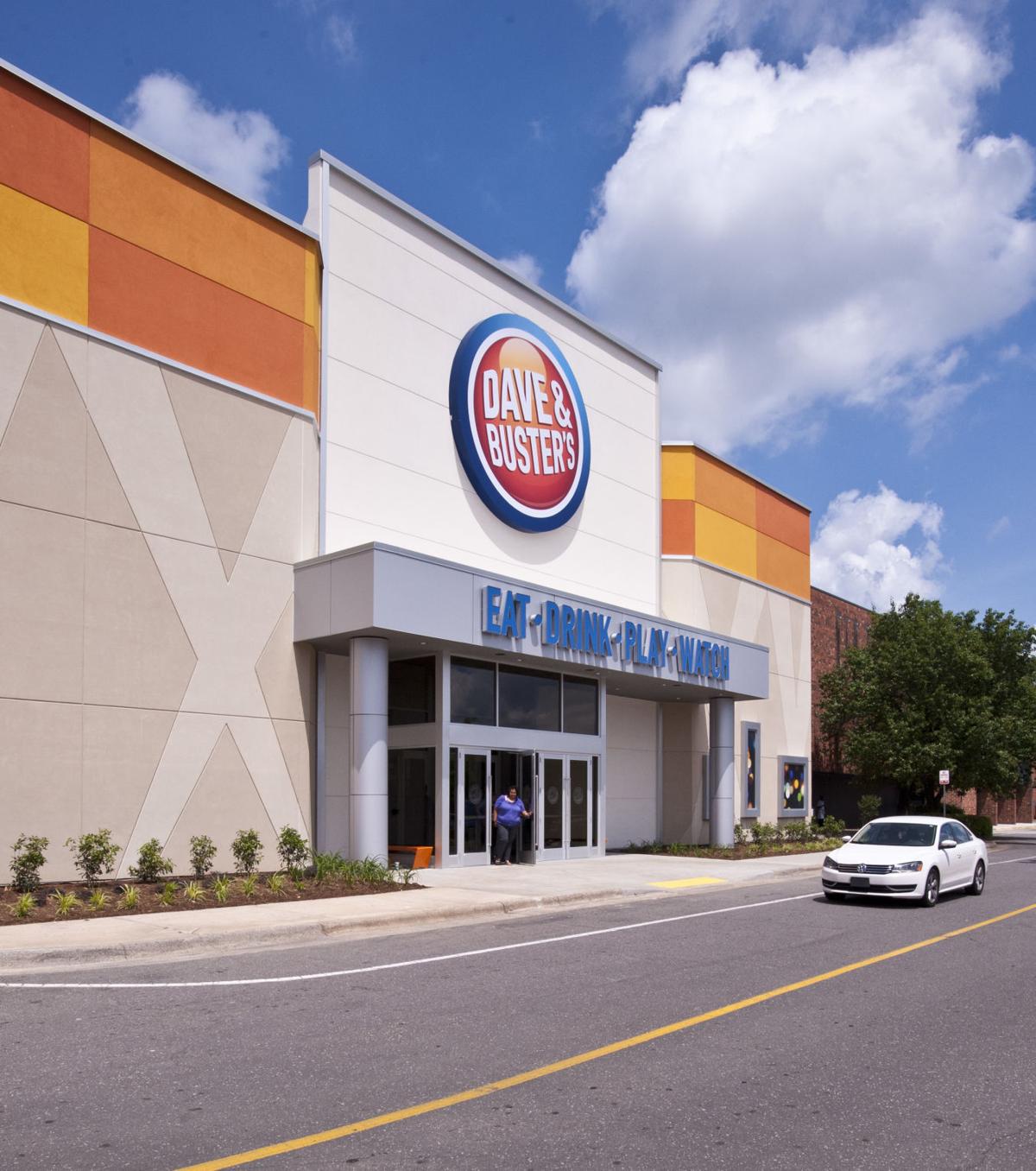 A Dave & Buster’s opened at Hanes Mall in Winston-Salem, North Carolina, on May 13. 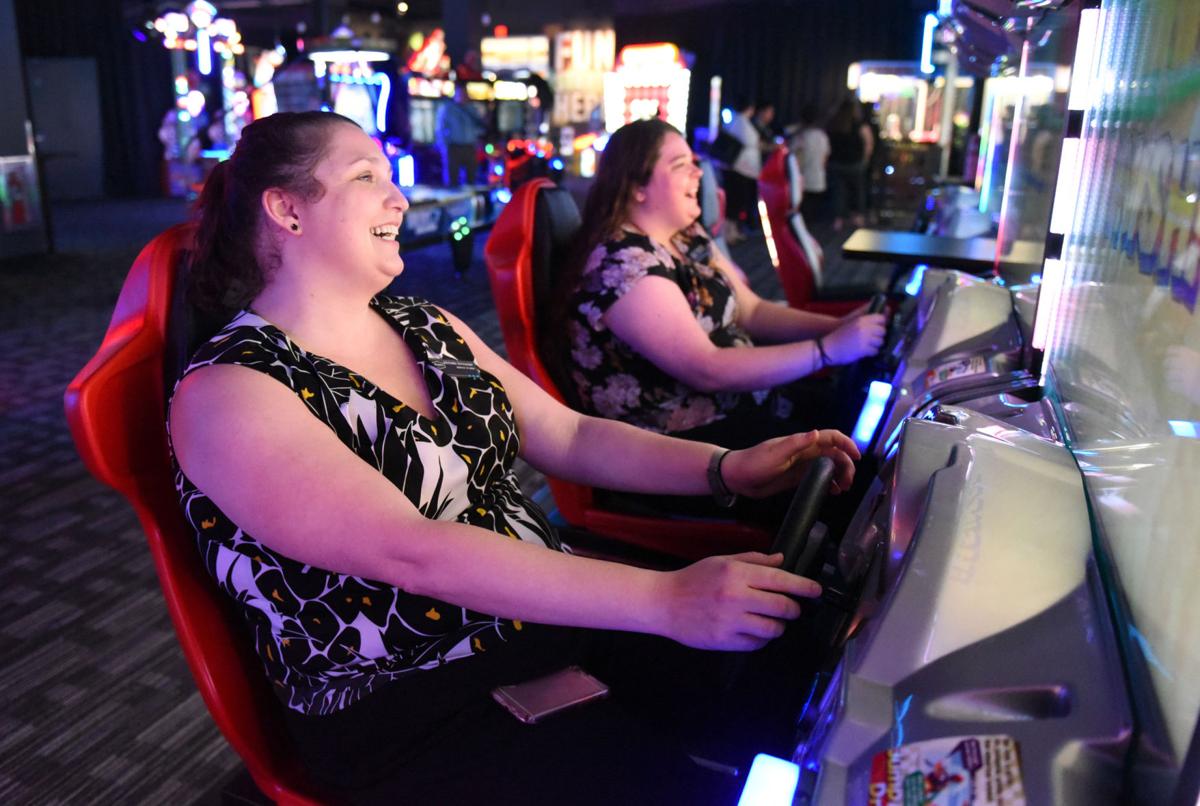 Michelle Schroeder, left, and Candice Schroeder race one another on the MarioKart game machines at Dave & Buster’s in Winston-Salem, North Carolina, which opened earlier this year.

A Dave & Buster’s opened at Hanes Mall in Winston-Salem, North Carolina, on May 13.

Michelle Schroeder, left, and Candice Schroeder race one another on the MarioKart game machines at Dave & Buster’s in Winston-Salem, North Carolina, which opened earlier this year.

Of all the retail, restaurants and entertainment establishments that people would like to see come to Killeen, there’s one that seems to get mentioned the most: Dave & Buster’s.

At a crime forum at Killeen police headquarters in January 2017, residents said they want a Dave & Buster’s — which features arcade games, restaurant and full service bar — in the city to keep teenagers from getting involved in what one city council member called “mischievous behavior.”

At a youth forum in February 2018, a panel of teenagers, also marked it as something they’d like to see.

Multiple Killeen City Council members, for years, have said it’s something they’d like to see come to Killeen.

A Killeen resident of more than 20 years, Heather Brock Toll said after visiting Dave & Buster’s in Austin (the nearest Dave & Buster’s to Killeen), she said it is the perfect place to enjoy as a family or to unwind and have a drink while playing the arcade.

“Who doesn’t like to have fun?” Toll said. “I think we are all a little kid at heart. I like gaming, arcades, and all that, so for a place to be somewhat of a bar scene and have that fun nostalgia — I’m all for it.”

Dave & Buster’s is a specific franchise that resonates with several Killeen residents.

Dave & Buster’s was founded in 1982 by David Corriveau and James “Buster” Corley as a full-service restaurant and video arcade.

Prior to opening the Dave & Buster’s franchise as co-CEOs, Corriveau used to operate a saloon and game parlor named “Cash McCool’s” in Little Rock, Arkansas, next to Corley’s Bar “Buster’s.”

Susan Beaver Neal, of Killeen, commented on social media she would like to see local entertainment geared to both families and adults — without nudity or a bar setting. Neal said she has visited Dave & Busters in Austin and out-of-state locations, and while it can be a costly place to go, it is no more expensive than movies, dining out or special snacks and she thinks it would be the perfect addition to the area.

Neal said when her children were younger, she enjoyed half-priced game nights — where she could be in the same building as her children and enjoy adult conversation with whoever she was out with.

“It’s a comfortable environment,” Neal said. “They show sports for those without cable. It’s a shame things like putt-putt closed down,” referring to the Killeen Putt-Putt Fun Center that closed down in 2011.

Not including the close communities of Harker Heights and Copperas Cove, Killeen reported a population of 145,482 in 2017.

Dave & Buster’s opened its 131st location in Huntsville, Alabama (population 180,000), according to an Aug. 19 news release. Two new Dave & Buster’s locations are scheduled to open later this month in McDonough, Georgia (population 22,000), which is part of the Atlanta metro area, and Witchia, Kansas (population 390,000).

Dave & Busters are typically located in major, densely populated U.S. and Canadian cities, such as Dallas, San Antonio or Austin. There are 13 locations in Texas, with the newest restaurant in Corpus Christi, which opened in October of 2018, according to a news release. Dave & Buster’s also has locations in South Texas city McAllen (which has similar-sized population to Killeen at about 142,000), and El Paso (population 682,000).

Dave & Buster’s officials did not return requests for comment on this article to see what it would take to open a location in Killeen.

The lack of a Dave & Buster’s in the Killeen area still rubs some local residents.

“There are over 100,000 people living in this immediate area, there is nothing here,” Neal said. “We don’t need more adult only entertainment, we need family entertainment and to make this an area where our kids want to come back and raise families. No jobs, no growth.”

“Crazy we have to travel to Austin and Dallas for entertainment and even shopping,” Neal said.

Shalonda R. Baston is another Killeen resident who has frequented Dave & Buster’s both in Austin and a couple of Maryland branches.

Baston said she appreciates the food, games and atmosphere at the restaurant.

She expressed concern that the crime rate in the Killeen area would taint even a Dave & Buster’s if one would open in the area.

“I would love to see it come without drama,” Baston said. “It seems there are so many fights or shootings, though.”

While Toll thinks it would be fun to have more options for adult and family entertainment, she said another caution is the affect another franchise would have on budding and established local small businesses such as the Killeen arcade Bit Bar.

Bit Bar, 701 W Elms Road, is a bar and restaurant that has vintage arcade games from the 80s, 90s and early 2000s. It has certain hours to serve families, but set times for only patrons ages 18 and older.

Other family friendly establishments that boast food and large arcades in Killeen include Mr. Gatti’s Pizza and Chuck E Cheese.

Still, there seems to be an appetite for more.

“I think the community — Killeen, Cove and Heights definitely need entertainment,” Toll said. “It would be nice to start building in the way we see Austin has, with the diversity of entertainment.”