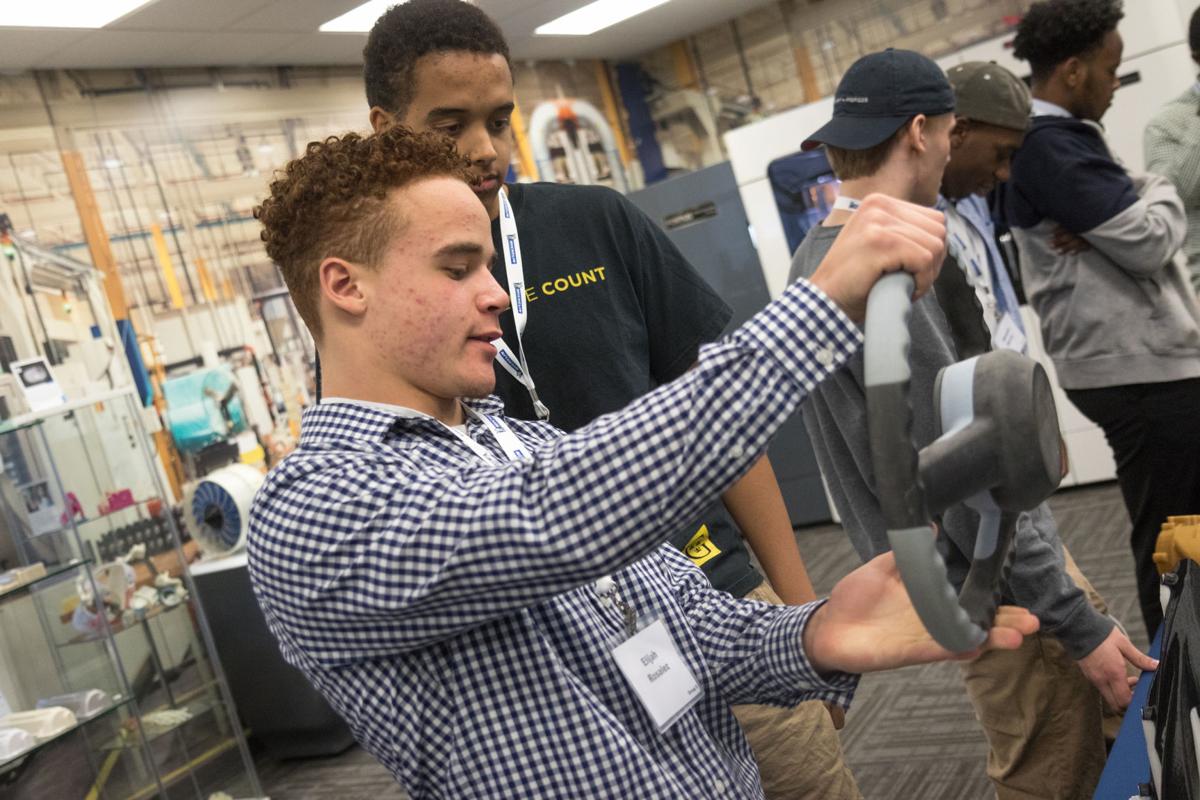 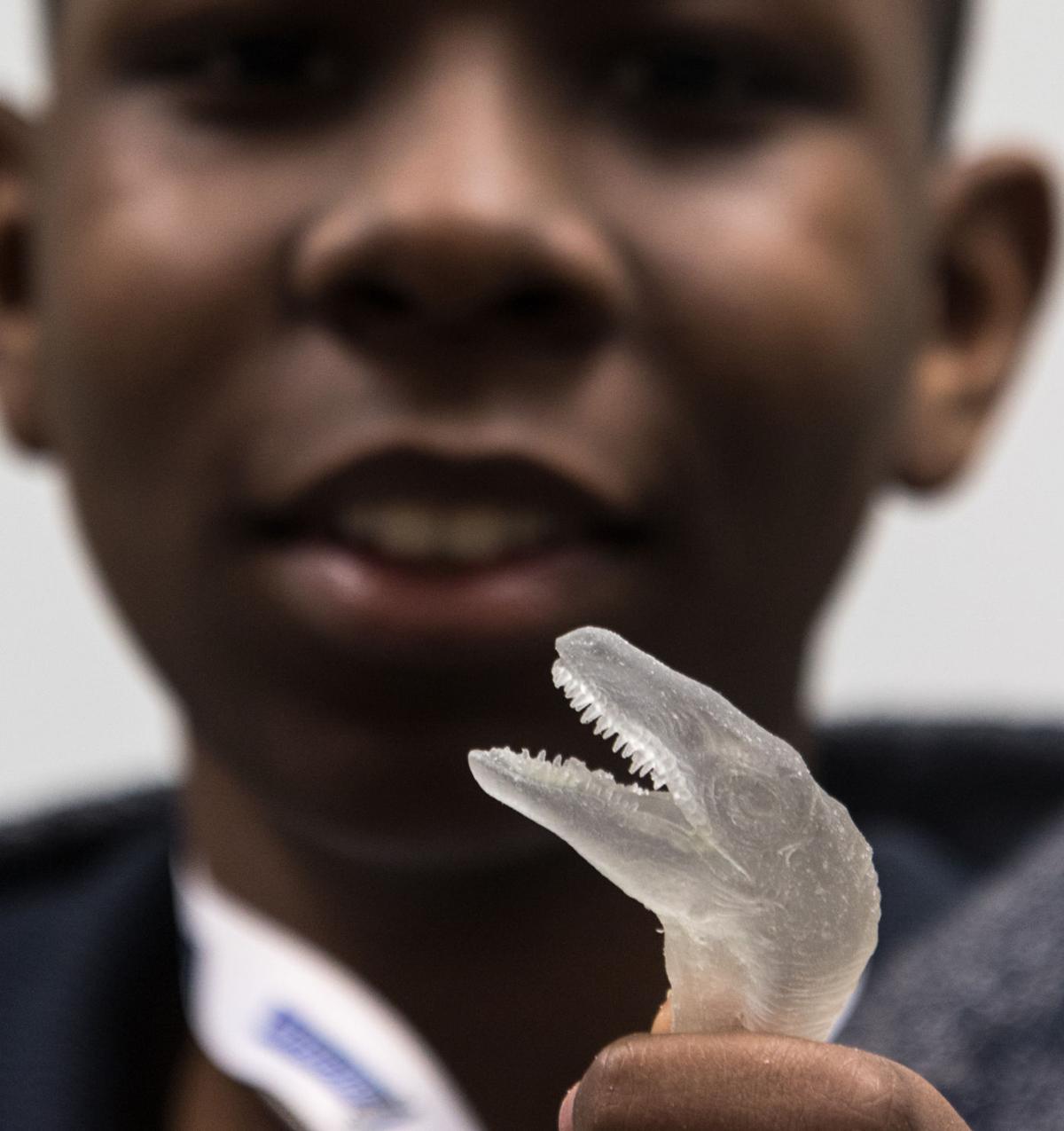 MINNEAPOLIS — Stratasys Ltd. employees ran a marathon of sorts earlier this month as they dashed to dozens of Twin Cities schools to introduce 3,500 students to the wonderment of 3-D printing.

The effort was the company’s first large-scale effort to instantly reach out to thousands of students about the so-called STEM fields of science, technology, engineering and math. It culminated with 93 students visiting the company’s headquarters in a partnership with the national black sorority Delta Sigma Theta.

“So many kids and teachers and principals are intrigued about 3-D printing because they see it on TV, but a lot of times they don’t get to engage with it. This changes that,” said Jesse Roitenberg, Stratasys national education manager. “3-D printing makes sense to people when they can touch and feel and hold it. That’s why Stratasys decided to accelerate its educational outreach.”

In the past, a Stratasys employee here or there visited their child’s school for career day. But for this “outreach week, we invited anyone in the company to go out to a school and talk about what they do for Stratasys and what Stratasys does,” Roitenberg said.

About 80 employees helped with the effort that reached 31 schools. Each volunteer had an educational kit, videos and some fun 3-D printed products to introduce kids to the technology and what a career in manufacturing and engineering could look like.

The teens who visited Stratasys, from nine different schools, were part of the Deltas’ Empowering Males to Build Opportunities for Developing Independence Scholars program. They gawked, squinted, pulled and giggled while using Stratasys design software and printers to convert digital drawings into 3-D salt shakers.

Stratasys, with $672 million in annual revenue, normally sells its large printing machines to manufacturers such as Airbus, Siemens, Ford Motor Co., Tesla and other industrial giants.

While the technology has grown into a $6 billion industry, the students of today are “the next generation (and) will be very key to taking 3-D printing to a whole new level,” said Rich Garrity, president of Stratasys Americas.

While listening, Ronelle Porter, a 15-year-old high school student, scanned a table of sample products, grabbed a 3-D printed steering wheel and pretended to race it. He thumped a 3-D printed brake pedal to test its strength.

Nearby, Demond Bryant Jr., 16, felt the model of a heart that doctors had practiced on before doing actual surgery. “I’ve never had this much of a hands-on experience with 3-D printing,” he said. “I didn’t know about its medical applications before.”

In the station next door, Caleem Williams pressure washed a freshly printed velociraptor head until inches of molding gel slid off. That left him with a sharp-toothed little beast that became a keepsake keychain.

“These are cool. I’ve never seen this before in person. If I wasn’t told this was 3-D printed, you would never know,” said Williams, 17. Now he can’t wait for his school to get a 3-D printer so he can make diorama models for his anatomy class. Chaperones for the day were principals, engineers and financial experts from 3M, Medtronic, Optum, Bank of America, Ritchie Engineering, robotics firm CZX Solutions and Delta Sigma Theta.

“I know this is supposed to be for the kids, but this is just fantastic,” said Michael Roberts from Optum as he peered through 3-D printed truck-engine housings. “I’m as excited about this as they are.”

Miquel McMoore, a Stratasys recruiter, arranged the partnership with Delta EMBODI. The Deltas have several programs for girls. The EMBODI effort for boys, however, is in its third year, she said. “I have been with Stratasys for two years. And this company fits exactly what EMBODI is,” she said. “We are very STEM-focused.”

Pleased that the students learned so much and had so much fun, “we will do this again,” she said.