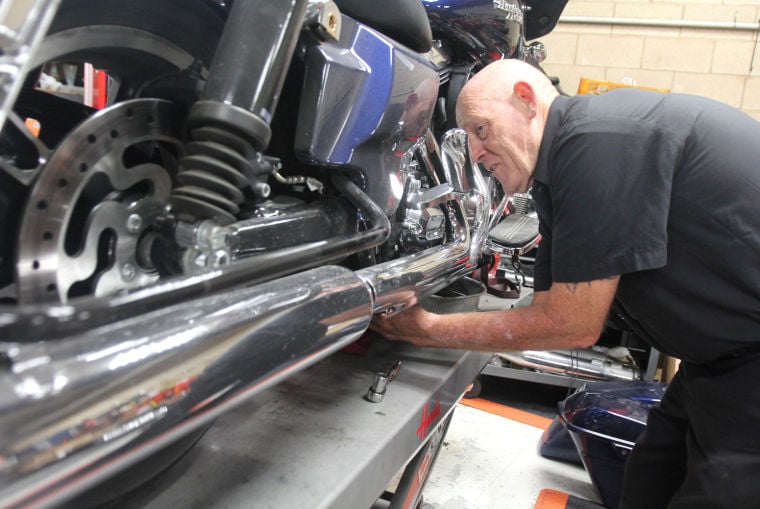 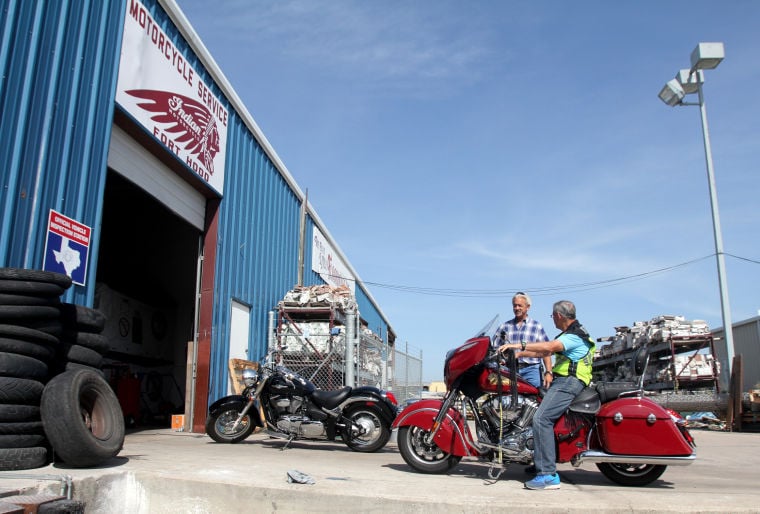 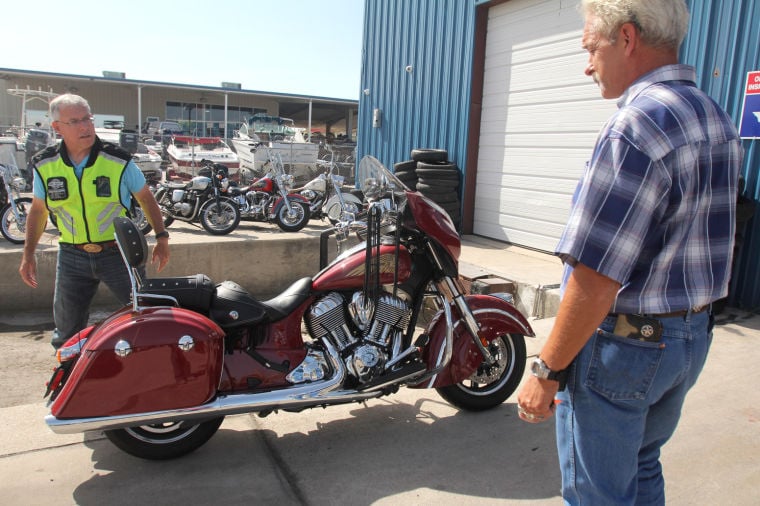 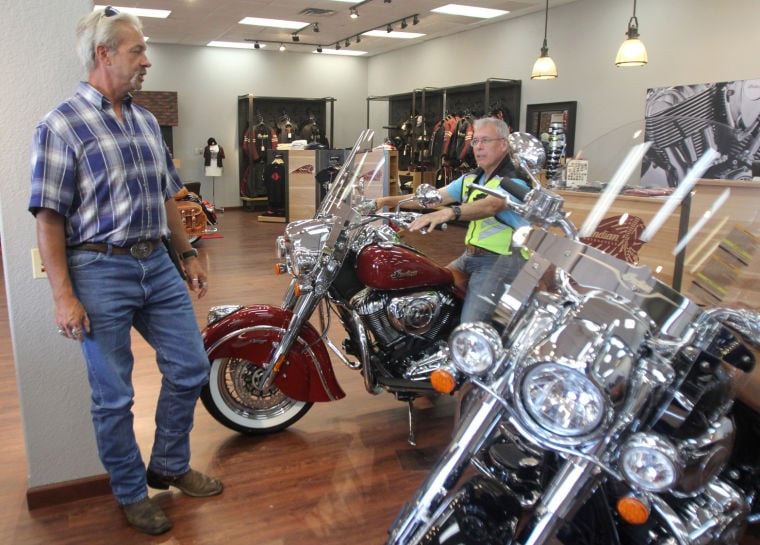 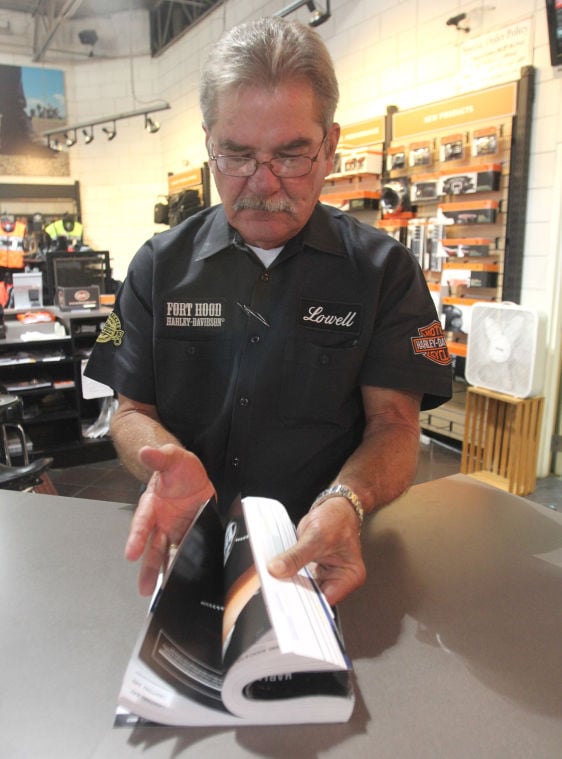 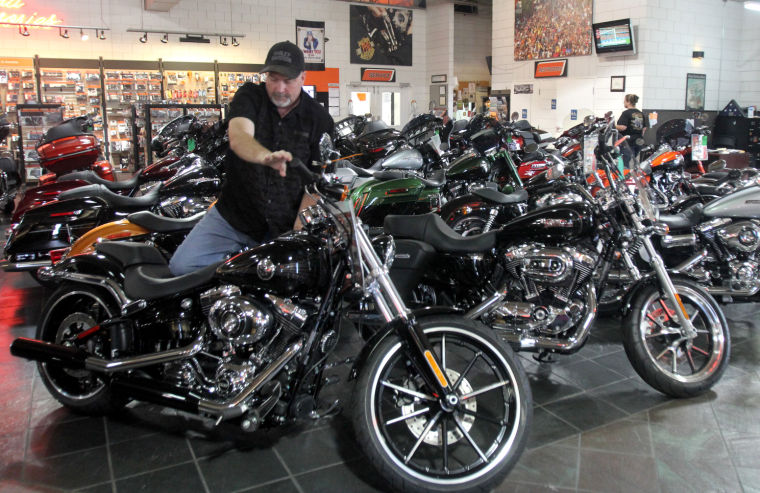 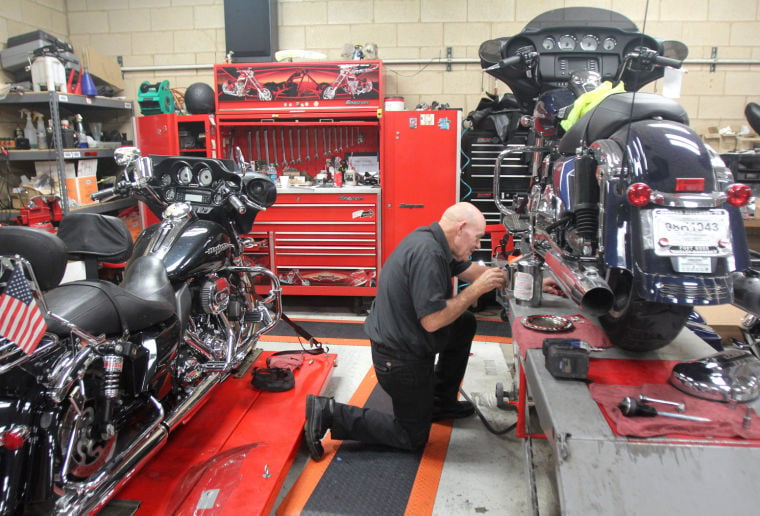 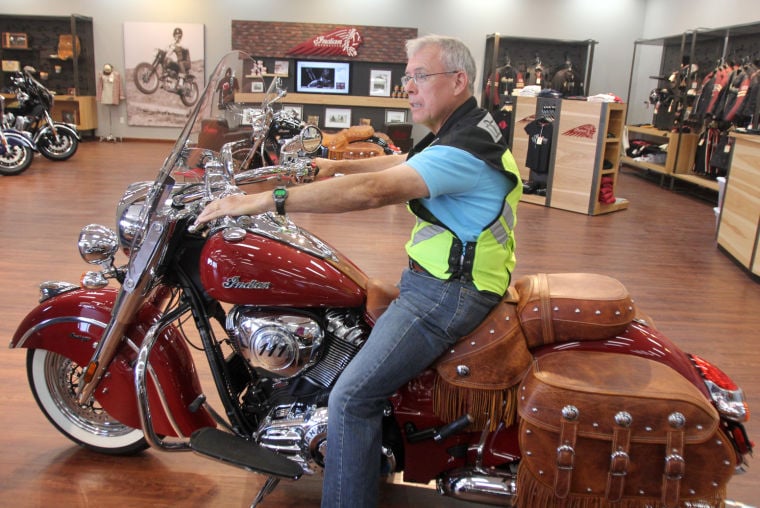 From the street to the open road, millions of Americans enjoy riding motorcycles.

Some ride to work, while others ride for pleasure, but either way, the feeling of freedom on two wheels is growing across Texas.

Bell County has 8,914 registered motorcyclists, according to the Texas Department of Motor Vehicles. And the number of motorcycles registered statewide increased from 180,345 in 2000 to 439,108 in 2013.

The adage, “Everything old is new again,” applies to the new Indian Motorcycle of Fort Hood on West Central Texas Expressway in Harker Heights.

“The Indian brand is more of a nostalgia-type motorcycle aimed at riders ages 35 to 55,” said Will Watson, sales manager. It opened this spring, and sold 26 motorcycles in its first 30 days.

“The cost of opening here was a little cheaper than in markets like Austin or Dallas and you get the same customer traffic,” Watson said. “This area rotates people about every three years and the riding here is beautiful, so I think the potential for

growth in this area is limitless.”

“The potential in the market is excellent,” he said. “Harley-Davidson is very customer-led and it continues to improve existing models and introduce new ones based on customer feedback.”

Doublin quoted a 2014 market report from Integrated Specialty Enabled Environment that stated Fort Hood Harley-Davidson leads the local market with 61.4 percent of sales. The closest competitor is Suzuki at 7.3 percent. Doublin said about 30 percent of Harley-Davidson customers are military, either active-duty or retired with an age range from the late 40s to mid-50s.

“The motorcycle future is flat right now, and the sales have not returned to where they were before the recession,” Foster said.

“I’ve been in the motorcycle business in Killeen for 42 years, and this is the same for me as it was in the early ’80s when we sold about 500 bikes a year, and that’s about where we are now.”

Foster cites the economy and the military downsizing for the slump.

“Since 2008, the armed forces has discouraged motorcycle use by soldiers, and through Fort Hood’s military safety and motorcycle rider education program, they have reduced the number of fatalities and injuries significantly, which is a good thing,” he said. “But that — along with the poor economy — has resulted in fewer sales for us. I think it will take time and an improved economy to turn things around.”

As a long-time rider and mechanic, Jonathan Moore thinks the industry’s growth will depend on incorporating new technologies to give riders what they want.

“Innovation is going to be a huge driver of the market because for many people it’s a lifestyle to ride a bike,” Moore said.

Still, in a good or bad economy, the sales numbers don’t reflect the absolute joy of riding a motorcycle, and for Richard Wallace, a cyclist for 39 years, the ride is priceless.

“I forget about today’s troubles, and sees the sights and just enjoy the freedom,” he said.

David Hayhurst, a disabled veteran, made the transition from a car to a motorcycle several years ago.

“A bike is great for your mental health because it makes you feel better instantly,” Hayhurst said, adding that his bike gets much better gas mileage than a car, costing about $20 to fill the tank. “What I save with the bike gives me more available cash, so I can do more with my money.”

A bright spot for the motorcycle industry is the increase of women motorcyclists. Fat and 50 years old is how Foster jokingly describes his male customers, but he deeply appreciates the female buyers who comprise 15 percent of his annual sales.

“Women feel more liberated now and they want to ride their own bikes,” he said.

Doublin sees more women buying their first Harley-Davidson after years of riding in the back seat.

“Recently we had an all-female class of six students in the riding academy training. Also, motorcycle clubs have done a tremendous job of promoting the sport and spreading the passion for it among women,” he said.

Audrey Mosley, a former soldier, bought her first motorcycle in 2008, and she rides a Honda Shadow ACE, 750 cc. She wanted to join her husband on rides, but on her own bike.

“I think the reason more women are riding is because it is becoming increasingly accepted,” Mosely said. She is a member of the SIX Riding Club.

When Michelle Booker turned 50, she bought her first motorcycle, and at 58, she loves riding even more. “It’s about control and building confidence in women and now that we’ve grasped that freedom, we won’t let it go,” Booker said. She rides a Vulcan 900 cc Kawasaki and belongs to the Queens of Sheba, a local all-female African-American motorcycle club.

Motorcycle models offer a variety of styles to fit a rider’s taste and needs.

“The most popular bike type is the touring bike, because it’s comfortable and fun to ride,” Watson said. Of the six motorcycle brands that Foster sells, the more popular ones are Victory and Triumph, while the Street Glide Special is the top seller at Fort Hood Harley-Davison.

A key factor that engages motorcycle riders with the local communities is through charity rides. Watson said plans are in the works to create a presence for the Indian motorcycle store with charity rides and military sponsorships. Fort Hood Harley-Davidson is active, with a few local charity rides per month.

“There’s always an local impact and a benefit from charity rides,” Foster said.

A motorcycle doesn’t care about the rider’s age, gender or race. The experience of riding in a club or as a single rider ultimately breaks down barriers and stigmas are gone, because it’s all about the ride.