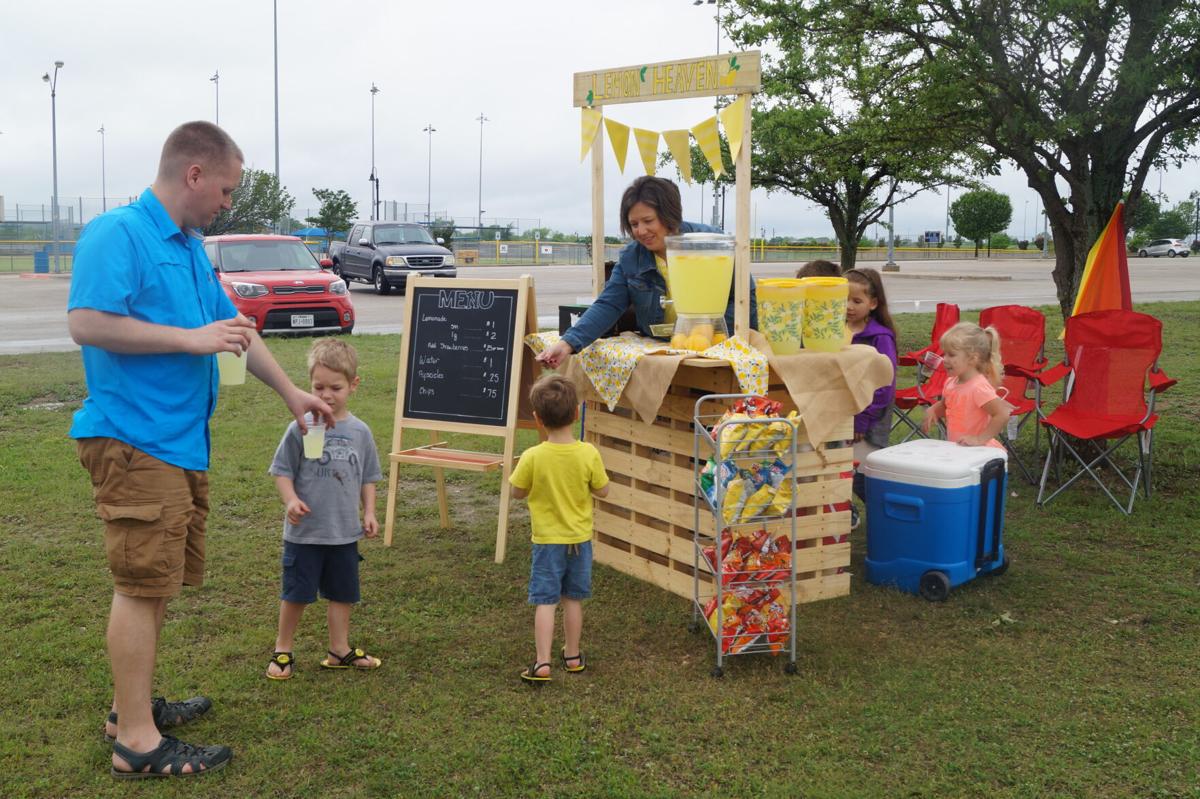 Will Gribble and his sons, Mason, 3 (yellow shirt), and Connor, 4, were among the first customers at the Johansen family’s Lemon Heaven stand at Lions Club Park on Saturday 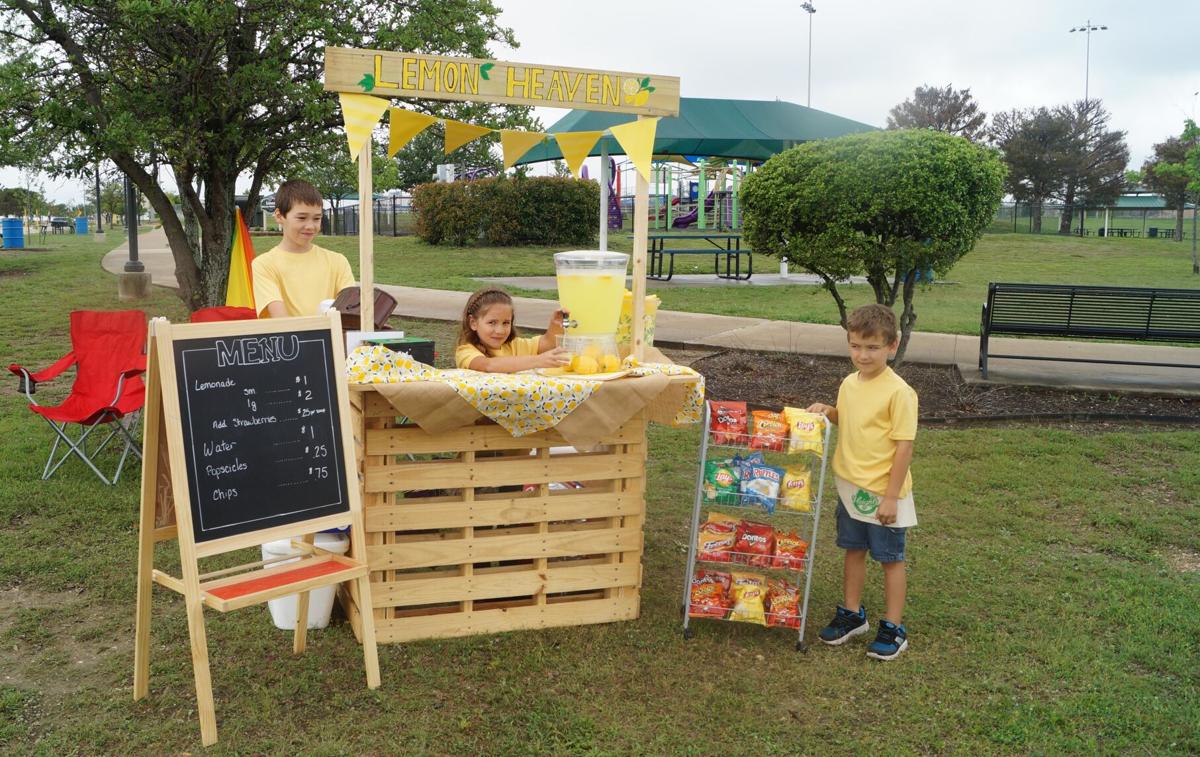 Isaiah Johansen, left, of Nolanville, was taking care of the till while sister, Hannah, handled pouring duties and brother, Luke, manned the chip rack at their Lemon Heaven stand set up in Lions Club Park. 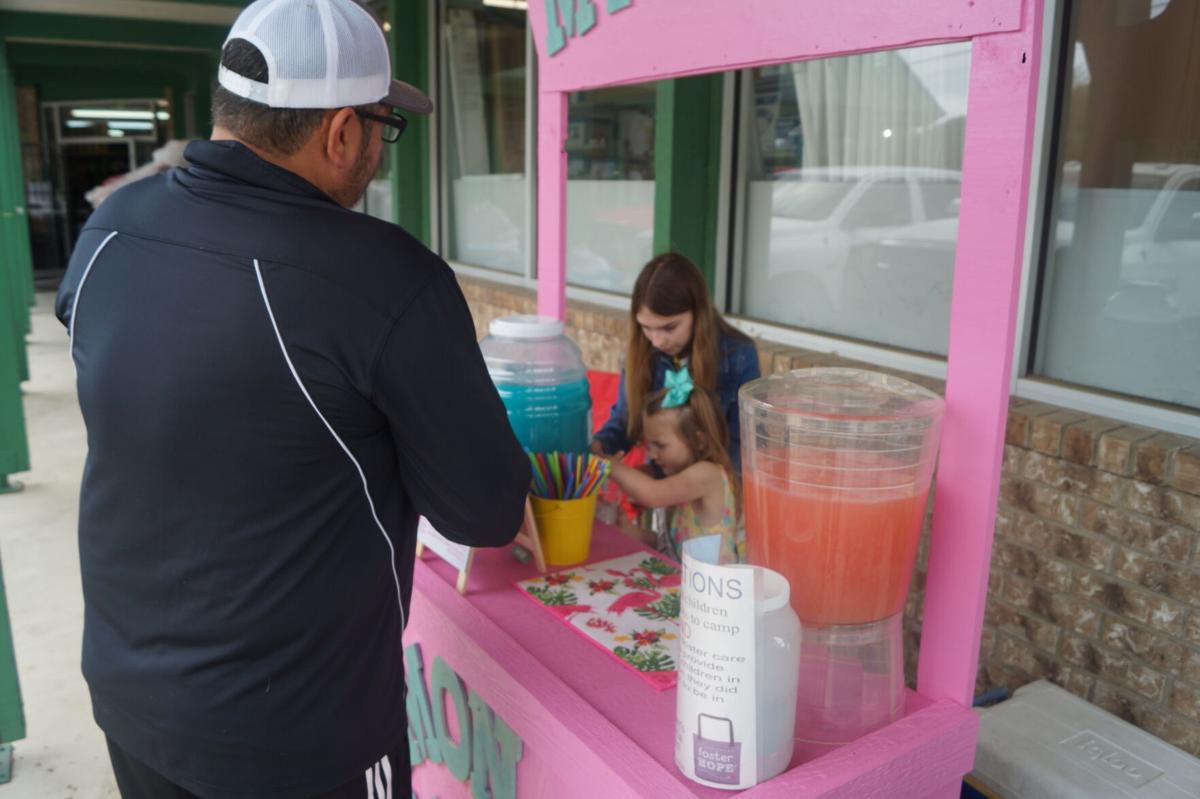 Will Gribble and his sons, Mason, 3 (yellow shirt), and Connor, 4, were among the first customers at the Johansen family’s Lemon Heaven stand at Lions Club Park on Saturday

Isaiah Johansen, left, of Nolanville, was taking care of the till while sister, Hannah, handled pouring duties and brother, Luke, manned the chip rack at their Lemon Heaven stand set up in Lions Club Park.

As many as 50 lemonade stands were open for business across the Killeen-Fort Hood area Saturday as enterprising children and their parents participated in Lemonade Day, a national program to teach young people about entrepreneurship.

Business was booming early at Miss B’s and the Three Bs Eats and Treats set up outside Heights Lumber & Supply on Farm-to-Market 2410, where the Liles children from Killeen — Briana, 12, Braydon, 10, and Braelyn, 4 – were serving up a variety of fresh goodies from not one, but two colorful stands.

This is Briana’s third consecutive year to operate a lemonade stand. The former Pre-Teen Miss Five Hills, pageant ambassador and Lemonade Day National Entrepreneur of the Year said her first time operating a stand was “exhausting,” but she caught on quickly and is excited to continue raising money for a charity she first established as a winner in the annual Copperas Cove pageant.

“I didn’t know what I was getting into, but after I got used to it, it turned out amazing,” Briana said. “I got to learn what (having) an actual job is like.

“Since I’m not in the pageant anymore, I want to keep raising money for my charity, which is alopecia. Alopecia is an autoimmune disease that causes the hair to fall out, and I’m personally affected by it. So I raise money to send kids to camp so they can build up their confidence and know that they’re beautiful with or without hair.”

Little sister, Braelyn, the reigning Little Miss Five Hills, said she is excited about her first year in the program. She plans to use her share of sales revenue to provide goodie bags for children in foster care programs.

“It gets better and better,” Ricciardi said. “It is truly amazing to see what our kids are doing each year. It’s incredible to see their ideas … how they are learning and what they’re doing with their lemonade stand, and how they’re taking it to the next level.”

The young entrepreneurs undergo training prior to Lemonade Day, build their own stands, and are encouraged to “keep some, save some and share some” of the money they raise.

Over at Lions Club Park in Killeen, the Johansen family from Nolanville proudly set up their Lemon Heaven stand and wasted little time making their first sale.

With mom and dad’s assistance – and a helping hand from 16-year-old brother, Zachary, who built their stand – Isaiah, 11, Hannah, 7, and Luke, 6, were participating in the program for the first time.

“I saw it on Facebook and we thought it would be a fun thing to do,” their mother, Dana, said.

As the oldest, Isaiah was designated to be family spokesman but got a little tongue-tied when asked his thoughts about Lemonade Day.

His sister, Hannah, however, stepped up and said she was “excited.”

“We get money to get (Lions Club) water park passes,” she said, with a smile.