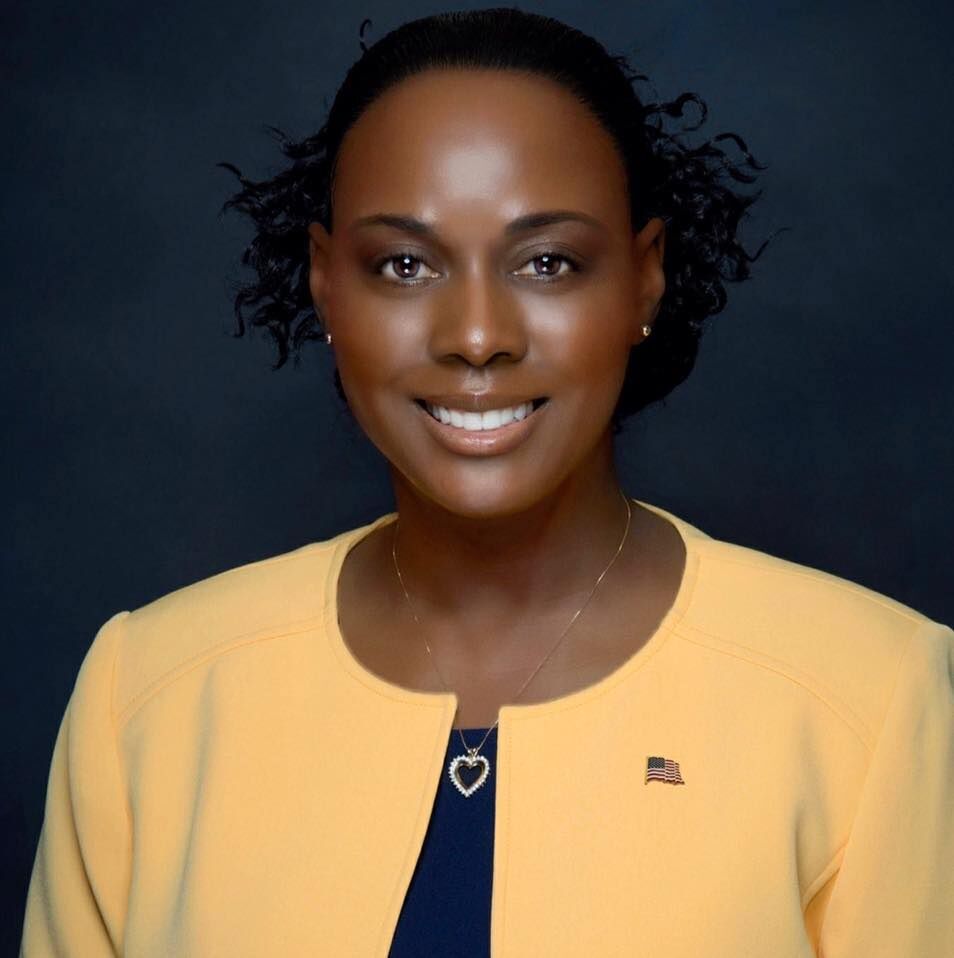 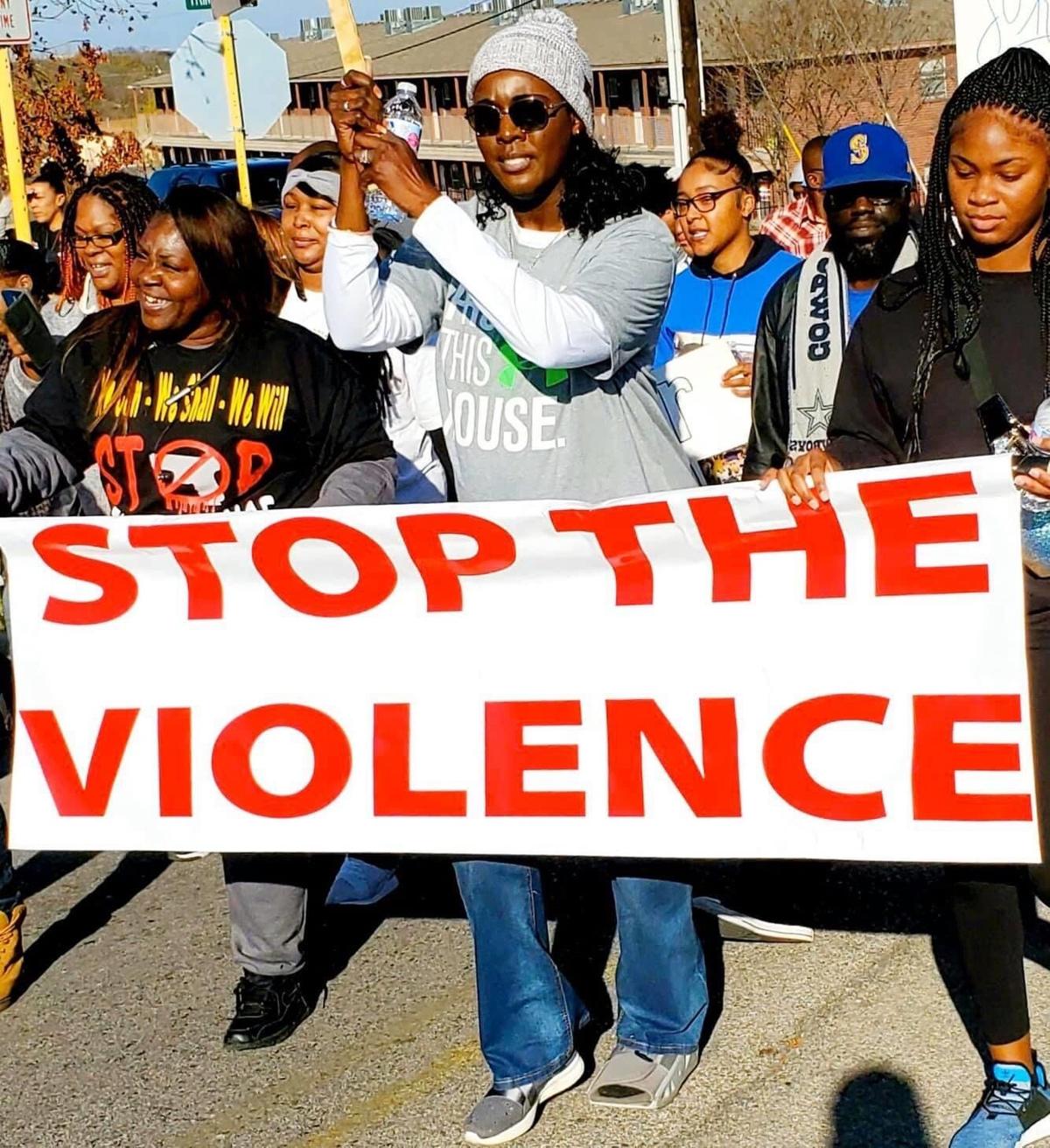 Keke participates in a Stop the Violence march and carries a sign while walking the street.

Keke participates in a Stop the Violence march and carries a sign while walking the street.

A political newcomer and Army veteran is challenging the Republican incumbent to become the next state representative for the Killeen area.

Running as a Democrat, Keke Williams, 47, is a retired Army captain who lives in Harker Heights. She has a master’s degree in human resources management.

She faces Rep. Brad Buckley, R-Salado, who is running for reelection on Nov. 3 for the Texas House District 54 seat, which represents part of Bell County and Lampasas County.

So, who is Williams?

“I was born in Tampa, Florida, to a teenage mother (15 years old); therefore, I was raised by my Grandmother along with her eight kids. We resided in the College Hill Housing Projects, a low-income family dwelling,” Williams said in an email response to Herald questions last week.

Williams came to the Killeen-Fort Hood area through the Army when she was chosen as the reception detachment commander for Fort Hood’s garrison command by Col. Todd Fox.

Although Williams has never run for political office before, she is excited for the opportunity.

She responded in an email late Thursday night about what her priorities will be if she is elected to House District 54.

“I entered the race to become a voice for the people and families in our community, not special interests. After becoming more familiar with state legislation, I learned that many of the decisions do not represent the people of House District 54 and caused hardship to our citizens and community. I served our country in the U.S. Army for 24 years; I think we need politicians who are willing to put party politics aside and come together to solve big problems facing our state and our community,” Williams said. “If elected state representative, my top priorities will be making sure everyone in our community has access to affordable healthcare, to support public education, whether our kids are in school or learning remotely at home, crack down on payday lenders who prey on soldiers and the Fort Hood community, criminal justice reform, voters rights/gerrymandering, and to bring good jobs, higher wages and job training to central Texas.”

Williams went into detail about how her campaign has gone during the coronavirus pandemic.

“My heart, prayers and condolences go out to those families who have lost loved ones,” Williams said. “During the pandemic, I am taking advantage of staying connected with the communities throughout my district through social media platforms, as well as, online meetings. One of the greatest initiatives I’ve been a part of during this pandemic centers around delivering meals to senior citizens and disabled veterans within our communities and fulfilling my role as an aspiring state leader passing out food packages during food drives and making it easier for citizens to ensure they are registered to vote.”

Williams has been endorsed by former President Barack Obama in her race against Buckley, and posted an image of the endorsement on her election Facebook page.

“President Obama elected to endorse a select number of legislative candidates in Texas whom he believes would make a difference for our state and our country. I feel this endorsement was made possible because I made my commitment, and my desire to be a people’s candidate strong, and unwavering with grace, humanity and empathy; especially during a new normalized way of living and working. It’s very empowering and uplifting to be supported and recognized by such an amazingly presidential world leader. I am honored that he is supporting my campaign,” Williams said.

The following Twitter message was sent by Obama on Aug. 3, along with a list of candidates he has endorsed, including Williams: "I’m proud to endorse this diverse and hopeful collection of thoughtful, empathetic, and highly qualified Democrats. If you’re in one of their districts or states, make sure you vote for them this fall. And if you can, vote early—by mail or in person."

There were around 30 candidates in Texas and Virginia who received Obama’s endorsement.

Finally, Williams wants voters to know that she will be committed to the position if elected.

“I am ready to become the first female veteran to serve in the Texas House of Representatives,” she said. “There will be no additional job for me other than the Office for which I build or obtain as the state representative of House District 54, 365 days of the year to uphold/defend, safeguard, and sustain Our Lone Star State of Texas.”

Being a “company” commander is different from being a “detachment”, which is what KeKe was. The soldiers under her control, which was no more the than 100-200, would assist new soldiers signing into Fort Hood. A totally administrative unit. Also, saying Barack Obama endorsed her, as he probably did for countless other Democrats running against a Republican incumbent. Where does she stand on substantive issues? Saying she won’t leave anyone behind and she is ready to fight doesn’t say much.

From her army life, she did not tell me much. Most soldiers come out with some awards, I did not see any combat tours for a retiree of 25 years. My questions to Mrs. Keke are as follows. What is your stance in defunding the police? Where do you stand in funding abortion and planned parenthood, with tax payers money? Do you think illegals are entitled to benefits and programs made for US Citizens? What is your opinion about DACA? Will you make sure our 2nd amendment stays untouched? Do you believe that stacking the supreme court is the right thing to Do? I know that we have to control and look after the environment, but I think the green new deal is too expensive and kills too many jobs. Converting every house hold into what AOC and the radical left want is not the solution? There will be a large majority of population homeless. Plus what guarantees do the Democrats give us, that other countries will do as the USA. Covid19 hit our country very hard, will you call it the China virus, and will you support our governor in keeping Texas open?

As Army veteran myself. Her very little report about her did not tell me much. My questions to Mrs. Keep would be, where do you stand in the abortion, and plan parent hood funding? Personally I do not approve of it. What is your stance on police defunding?What is your opinion in immigration and DACA? As a soldier yourself, do you think we should get rid of the 2nd ammenment? Now Democrats want to stack the supreme court. What do you think? What is your idea about our environmental policies, is the green new deal good? As a minority and Hispanic too many low wage jobs have been taken from us. Do you think illegal aliens should qualify for benefits that are meant to help US citizens ? Covid19 or the China virus has affected our community just like everyone. Will you help our current governor continue the way he has kept our state opened?

US Army HR ?? Could you be any more rear echelon ? My advice is that if you are going to run as a democrat, it would be wise to hide your “veteran” status. Most Democrats don’t think much of soldiers, or first responders for that matter.

As a fellow military veteran and a harker heights resident. Both my wife and I and several of our neighbors plan to vote for you.

What an idiot.....she needs to stay at home and keep her mouth shut!

More bold talk from a DemocRat who has no real idea of the issues or needs of the people she professes to represent. Typical plans of a liberal leftist to tax and spend. No Thanks!

I agree, forgot to ask her if she plans in raising taxes, she will make sure we are not left behind. I think asking her about the wall would be a little too much.

Under no circumstances would I support a radical far left person like you. You are on the wrong side of all the issues