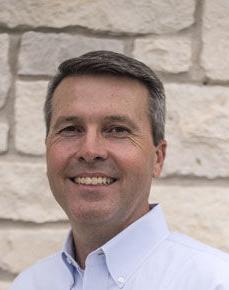 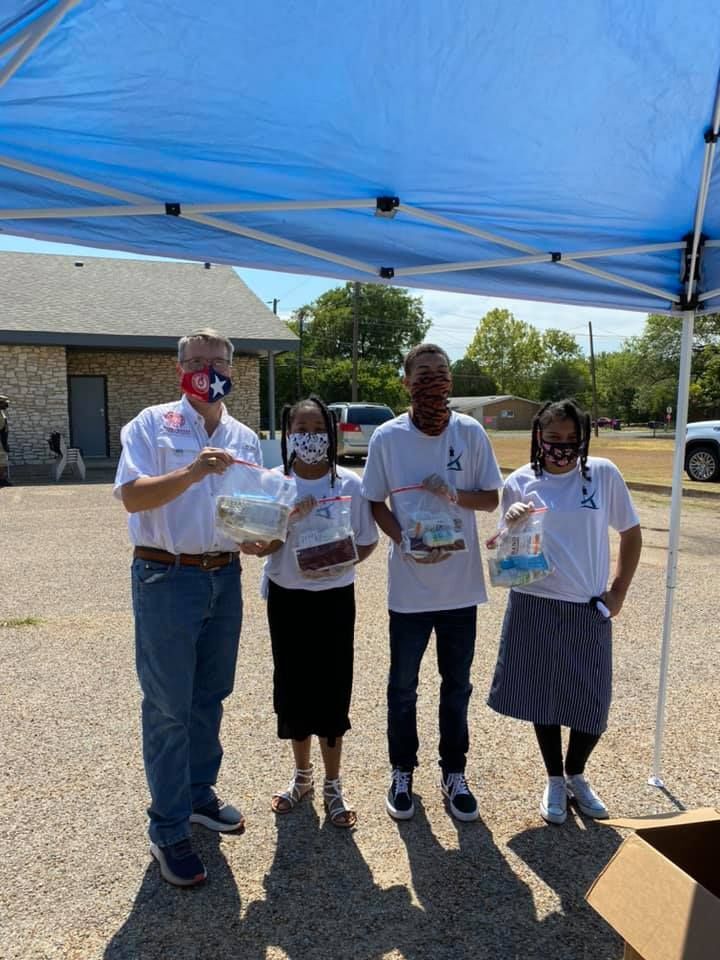 Rep. Brad Buckley, R-Salado, is pictured with others at a Bell County Area COVID Task force event on Aug. 22.

Rep. Brad Buckley, R-Salado, is pictured with others at a Bell County Area COVID Task force event on Aug. 22.

Among his other duties, District 54 state Rep. Brad Buckley serves on a COVID-19 pandemic task force for Bell County.

“Spread the word, not the virus,” he said by telephone on Tuesday.

Buckley, 54, currently is a member the appropriations committee of the Texas House of Representatives, where he and his fellow lawmakers are working on writing the next state budget. He has represented District 54 since January 2019 and is running again in the election in November. Keke Williams, a resident of Harker Heights, is running against him as the Democratic opponent.

Although not meeting in person, Buckley and the other representatives hold weekly conference calls. Buckley said anticipating budget shortfalls and monitoring the state’s economy, i.e. getting a feel for the “nuts and bolts,” is their primary focus.

Buckley also serves on a subcommittee that deals with veterans, the state comptroller, and other budget areas related to the state constitution.

“We’re looking at some of the challenges our districts are facing,” he said.

Buckley said he has been in contact with school administrators, parents and teachers regarding the COVID-19 situation, including the Killeen Independent School District.

“I’m keeping my ear to the ground to see how that’s going,” he said.

Buckley said the approach is two-pronged, looking at both state and local efforts. At the local level, the task force is helping local residents with unemployment claims, drivers license renewals, and other areas.

“I’m really proud of the way Central Texans have taken care of each other — helping those that are less vulnerable,” he said.

With the legislative session starting in early January, one of Buckley’s top legislative priorities is to make sure the state lives up to the promises it has made to public education in House Bill 3, which passed during the last session and was signed into law by Gov. Greg Abbott. Buckley, who refers to this bill as the “Texas Plan” for public education, cited the commitments he and his colleagues have made to retired teachers, teacher pay raises, full day pre-K, school safety and special needs students.

Women’s health is another top priority for Buckley, including efforts towards cancer screenings, mammograms, and legislation to ensure that the most vulnerable Texans have access to a doctor.

“That’s what we have to have,” Buckley said.

Veterans and bringing resources to military communities such as Killeen and Fort Hood is another priority.

“Strong communities that serve Fort Hood are extremely important, not only to Texas but to the nation,” he said.

Buckley was born and raised in rural Bell County and is a product of Killeen ISD schools. He later received his bachelor’s degree in 1989 from Texas A&M University and his Doctorate of Veterinary Medicine in 1993. After graduating, he returned to his hometown of Killeen to open his veterinary practice in 1994.

Williams, Buckley’s opponent in the upcoming race, was endorsed for the race by former President Barack Obama, along with a number of other candidates for public office. Buckley indicated that he had no specific reaction to this.

“The only endorsement I’m seeking is the endorsement of the citizens of House District 54, of which I am honored to serve,” he said.

The following Twitter message was sent by Obama, along with a list of candidates he has endorsed, including Williams: "I’m proud to endorse this diverse and hopeful collection of thoughtful, empathetic, and highly qualified Democrats. If you’re in one of their districts or states, make sure you vote for them this fall. And if you can, vote early—by mail or in person."

Buckley has served on the school board for the Killeen Independent School District and is a past chair of the Greater Killeen Chamber of Commerce, former board member for Peaceable Kingdom Retreat for Children, and currently serves as vice-chair of 14Forward, an economic development initiative to bring greater economic impact to the Greater Fort Hood area, according to his website.

He and his wife, Susan Buckley, a career educator who currently serves as executive director of secondary schools for the Killeen Independent School District, have three children, Emily, Erin and Bo, He lives with his family on their ranch in Salado.

Buckley is an excellent representative on the right side of the issues. On the other hand his opponent embraces the radical far left agenda to include wanting to destroy your gun rights.