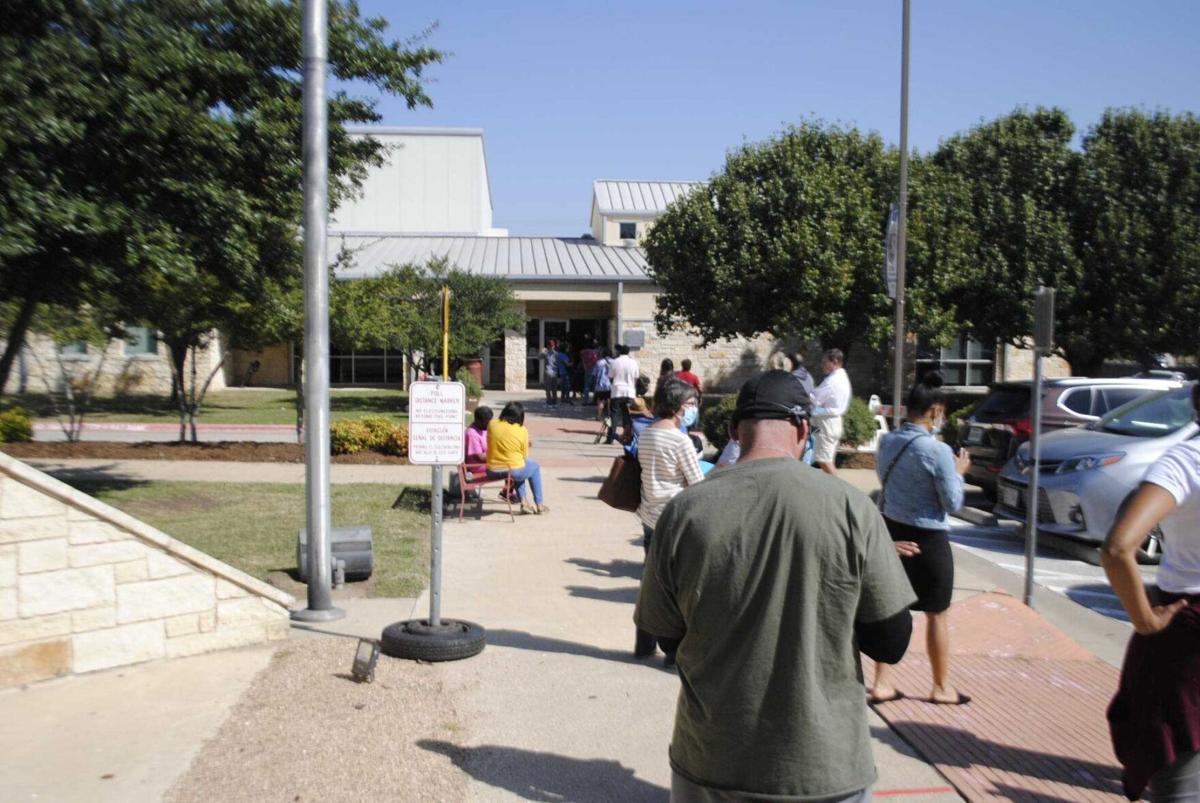 Voters waited in line at the polling station in Harker Heights on Wednesday for early voting. 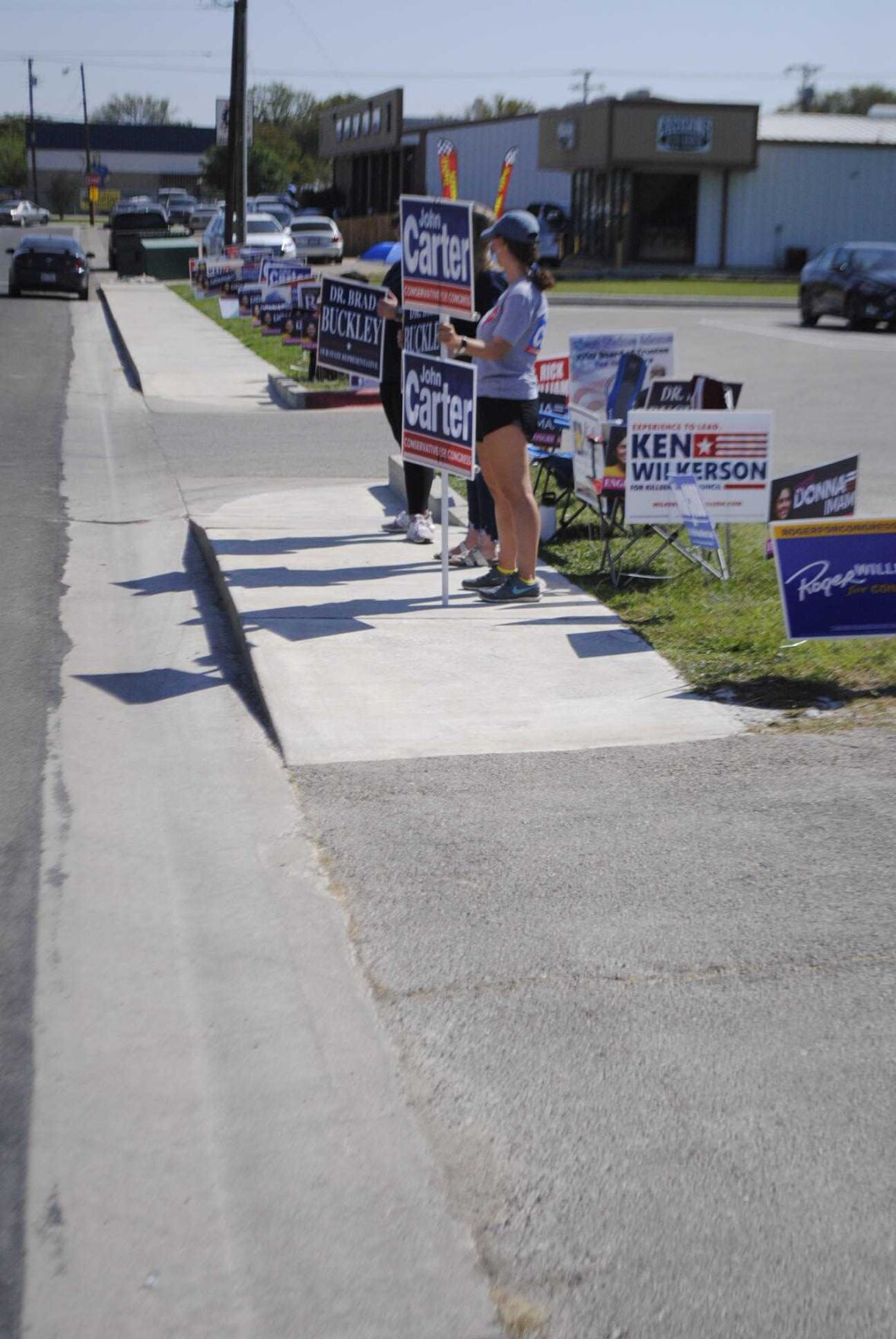 Voters waited in line at the polling station in Harker Heights on Wednesday for early voting.

HARKER HEIGHTS — John and Maria Idoux, of Belton, waited in line at the polling station in Harker Heights for four hours on Wednesday to take advantage of early voting.

“They had a couple of machines down,” Maria Idoux said at about 11:45 a.m., when she and her husband were still in line outside the Harker Heights Parks and Recreation Building at 307 Millers Crossing. “One is up now, so it should go faster.”

Harker Heights City Council Candidate Jeff Harris said that two data entry computers at the polling site had gone out, which had caused some delays, but by 11:45 were up and running and people were voting again.

It was the second day in row of long lines for early voters in Bell County after computer problems and high voter turnout highlighted Tuesday’s start of early voting in Texas. Lines still extended outside of early voting locations in Killeen Wednesday, but Harker Heights by far had the longest line thanks to the morning computer problem. At least 200 people were still in line shortly before noon.

“The citizens have really taken it well, practicing social distancing,” Harris said, adding that he was at the Harker Heights polling location all day Tuesday, assisting voters, including disabled ones. “They’ve been patient.”

Tennie Stamper, spokesperson for the polling site, confirmed the computer issue, describing it as a “fluke.”

“Probably the whole process was 35-40 minutes,” Stamper said shortly before noon. “We’re up and running.”

Stamper also confirmed that voters had been in line for up to four hours.

“By tonight, they probably won’t have to stand in line for more than two hours,” Stamper said. “They’re so positive and happy to be voting.”

Paul Stokke, of Harker Heights, had been in line for about an hour and 35 minutes, as of just before noon.

Miles Conner, of Killeen, was near the front of the line at the Killeen Community Center on Wednesday, and said his wait in line to vote was about 15 minutes.

Sharon Rose is an election clerk at that polling place.

“This has been a very smooth running day,” she said.

Brad Buckley, the incumbent candidate for Texas House of Representative’s District 54, was at the Killeen Community Center in the early afternoon.

“It’s great to see everyone out here doing their civic duty,” Buckley said.