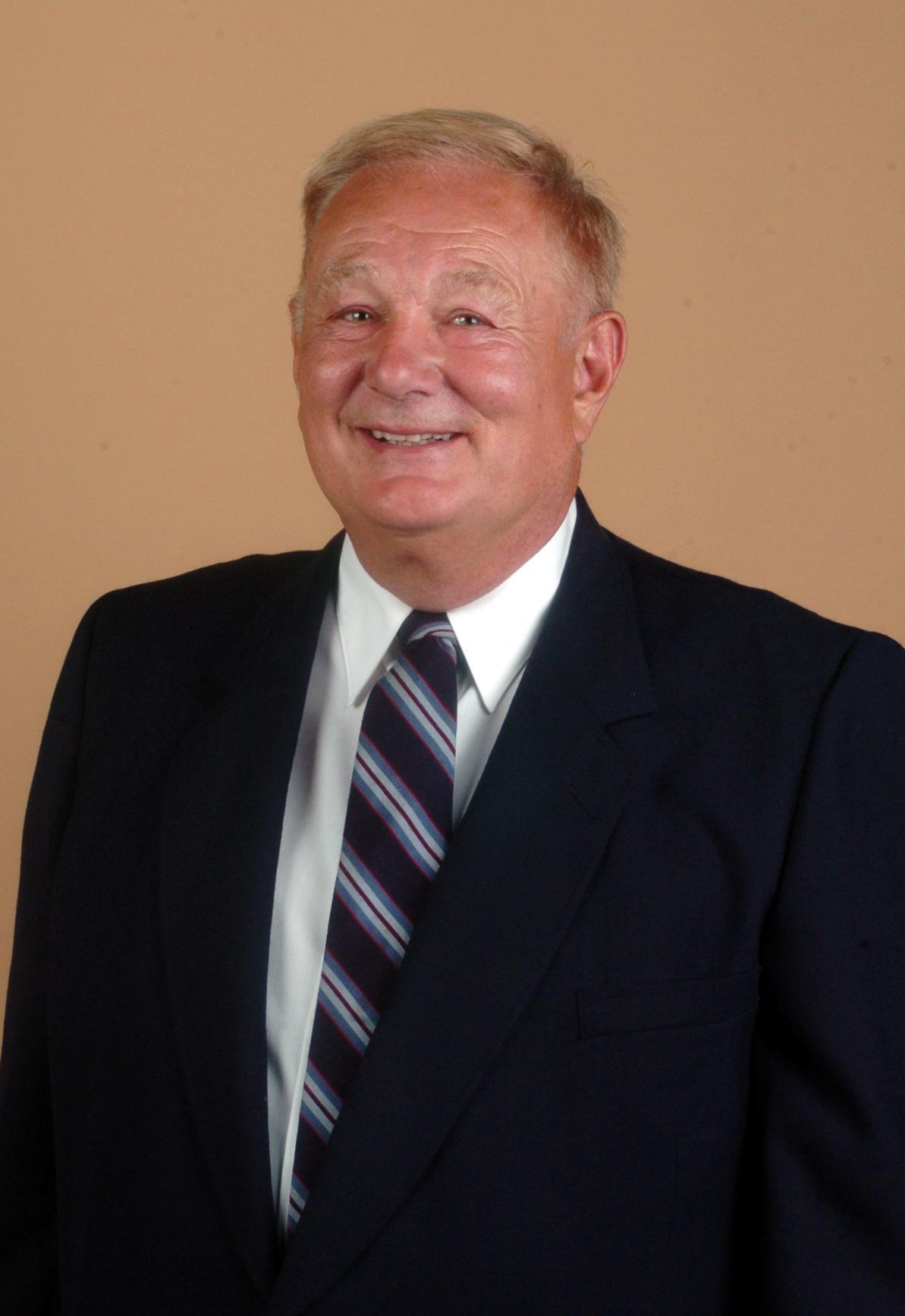 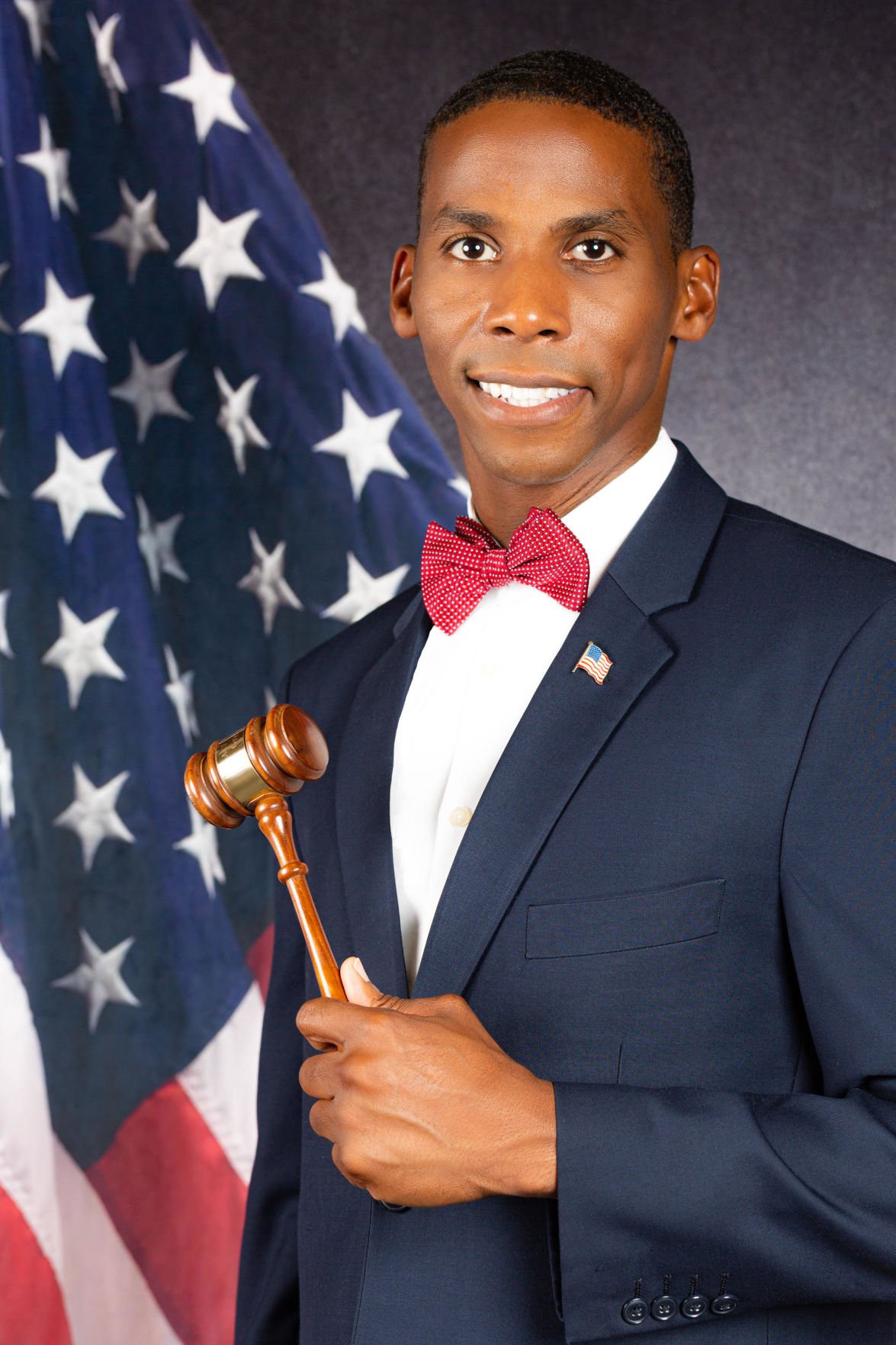 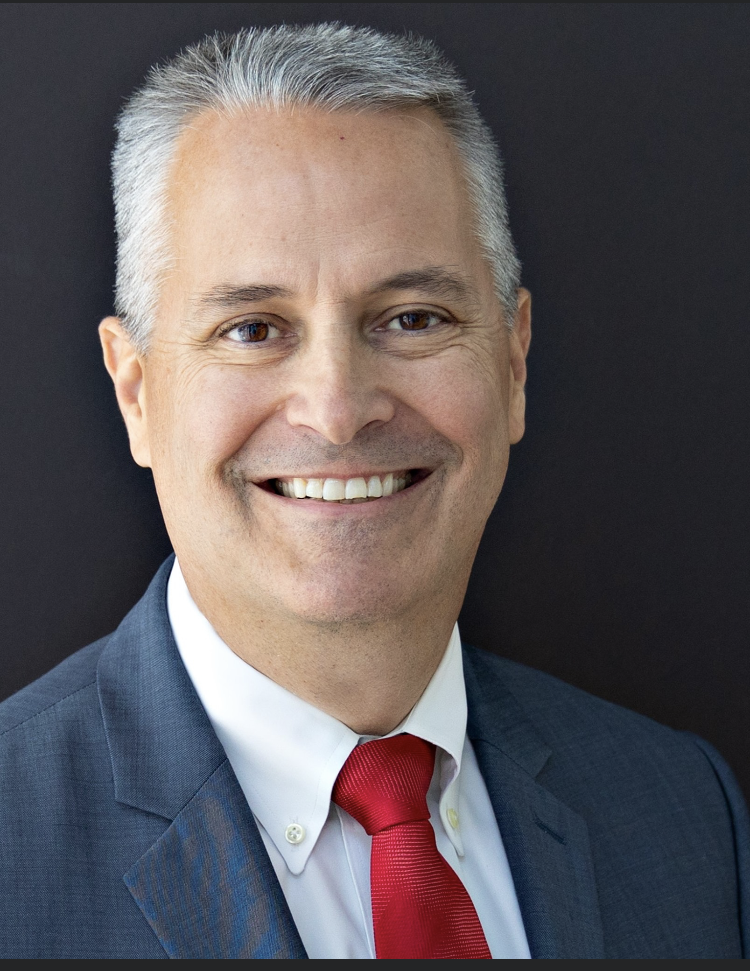 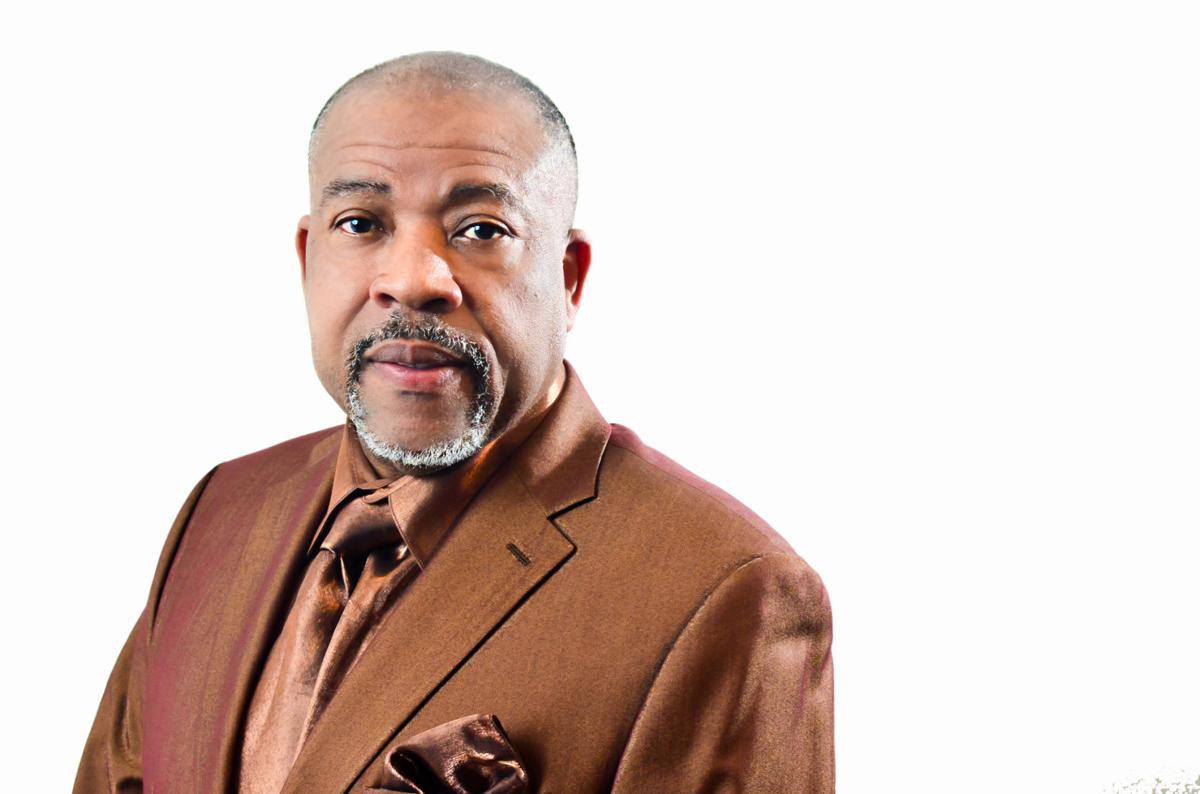 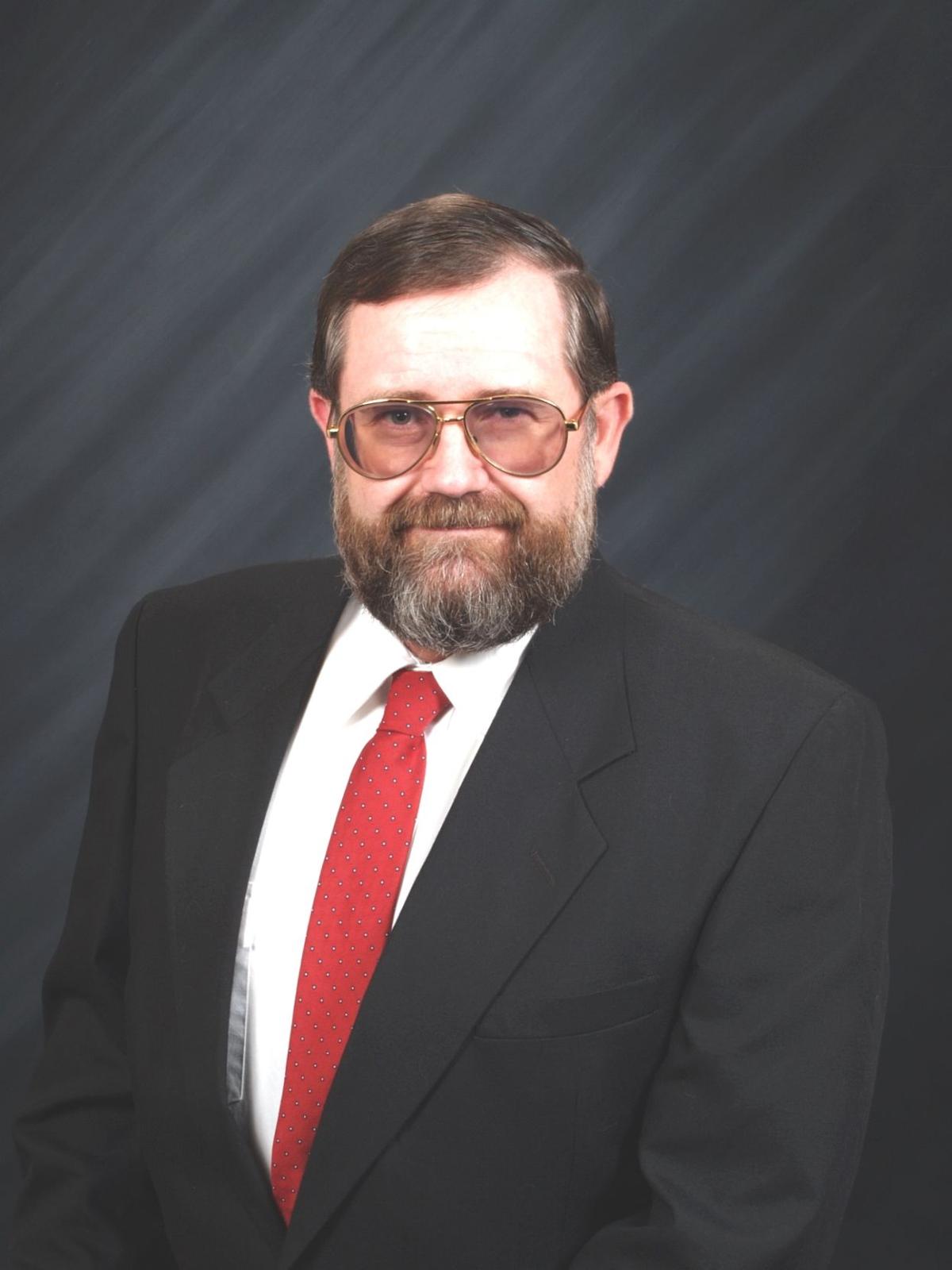 One of the most contested local races on the March 3 primary ballot is one Bell County Justice of the Peace position.

There are candidates from both parties for the Precinct 4, Place 1, seat. Precinct 4 includes all of Killeen, Harker Heights, Nolanville and areas south and west of Killeen in Bell County.

On the Democrat side, Killeen Councilman Gregory Johnson, 37, a small business owner, is challenging incumbent Daryl Peters, 57. Prior being appointed in the position, Peters served in the U.S. Army and worked at Fort Hood for 15 years. He retired from the base’s directorate of human resources in 2015.

Justices of the Peace serve four-year terms. JPs do not need to have a law degree. The base annual salary for the position is $61,971, not including travel or other expenses according to the 2019 Bell County budget.

What are your top 3 issues and why?

Butchart: Bail Reform – bail should be a tool, not a punishment and not an early release order. Truancy and juvenile offenses – Children who are truant or have other nonviolent offenses and no other criminal history should not be treated like criminals and should not be given a record that will harm their chances for a successful life before they even have a chance to get started. I would refer as many cases as possible to Teen Court. Not legislating from the bench – it is the JP’s job to decide cases in accordance with the law, not create it.

Johnson: I’m running for justice of the peace to restore justice and fairness and to stabilize the Pct. 4, Pl. 1 Justice Court. This justice court is at a critical point where it needs an effective leader who has the knowledge, skills and abilities to serve the needs of west Bell County as Justice of the Peace. As a public servant with strong community ties and a commitment to excellence, I will be fair, impartial and competent in my duties and responsibilities as JP.

Keefe: My top priority is to see equitable workload distribution between the two Justices of the Peace in Precinct 4. The extensive case workload and on-call duties need to be shared. Precinct 4 generates a great deal of work that cannot be properly processed by a single JP, nor should it. Second would be establishing a professional working relationship with the entities most likely to have business before the court - primarily law enforcement and first responders, property managers, hospital and hospice staff. Third, ensuring office staff is fully supported and properly trained to handle public requests in a timely manner.

Southworth: Requiring authorities to provide sufficient evidence to justify issuing warrants and not issuing no-knock warrants without extremely egregious circumstances. Requiring parties to confer with each other regarding the issues before I hear the case. It is always best to have the parties come up with an equitable solution between themselves rather than having a decision forced on them by the court. Not setting a bond for a defendant that would be excessive or insufficient.

What sets you apart from other candidates?

Butchart: I have 30 years of leadership experience as an officer in the US Army specializing in Criminal Investigations and Forensic Science. I spent 7 years as a board member for Habitat for Humanity here in Bell County. I am also a landlord who offers low income housing to my tenants, so I understand landlord/tenant disputes from the point of view of both parties and can offer an unbiased decision.

Johnson: After years of controversy with this office, the Pct. 4, Pl. 1 Justice Court has become unstable in the eyes of west Bell County citizens. Voters are drawn to my ability to do what’s right while serving them with the highest integrity, sincerity and selfless service. I am the only candidate in the race who has served in public office and has shown they can successfully perform under pressure. Voters feel confident that I understand the rule of law and will conduct myself in a manner that brings honor to the office and the people.

Keefe: I am the only candidate that is a life-long resident with a public record of service to the community. My two decades with the Killeen Police Department and my investment in my community through service clubs and serving on the boards of several non-profits give me the right experience and reputation to bring honor and expertise to the JP office. I hold a Master Peace Officer license from the Texas Commission on Law Enforcement with over 2400 hours of specialized training along with a degree in Criminal Justice.

Southworth: I am a practicing attorney who appears before the justice courts quite frequently. I know civil and criminal trial procedure and how the rules differ for justice courts. I am a trained Texas mediator, skilled at getting adversarial parties to come to an equitable solution to their problems. I am a Texas licensed Master Electrician and am very knowledgeable about construction law and cases. I am a Texas licensed real estate agent and very knowledgeable about evictions and landlord-tenant cases. I have taken overzealous state actors to task in court for exceeding their authority and infringing on citizen’s rights.

Name one goal you want to accomplish within your first year?

Butchart: Within my first year I want the citizens of Precinct 4 to see the difference in the JP court in regard to individualized bail/bond setting, and more cases being referred to our Veteran’s and Teen Courts whenever possible and that other JPs are hopefully following that lead.

Johnson: One of three goals is to stabilize the Pct. 4, Pl. 1 Justice Court. Upon being sworn into office and completing required training, I will (1) meet with court stakeholders to reset the dialogue, (2) work closely with the Place 2 Justice of the Peace to create a left seat, right seat process that’ll allow me to effectively and efficiently balance the case load between both courts and (3) conduct a full review of internal court procedures and policies to streamline and ensure a more efficient civil case process.

Keefe: My initial goal would be to re-establish the working relationship with all entities who have business before the JP court, namely law enforcement and first responders, physicians and hospital staff, hospice care personnel and the numerous property managers in the area. They must feel comfortable and confident interacting with the office and must be able to trust the process.

Southworth: The primary goal I intend to accomplish in my first year is to streamline the process used for filing cases in this court. The existing system used by Precinct 4 Place 1 is antiquated and inefficient. I want my court to mirror the efficiency and effectiveness of Judge Cook’s Place 2 court, including the availability of on-line forms and on-line filing of pleadings and answers. This will relive some of the burden currently being placed on Judge Cook’s court, but more importantly, it will make access to the people’s court easier for the citizens.

This race has been highly partisan, what would you do in office to work closely with both parties?

Butchart: I believe that the JP position should be nonpartisan. Anyone appearing in front of my court would be an individual, not a party affiliation. Any peers and individuals from other departments and agencies that I will work with as JP would be treated the same way; as individuals and not as members of a political party.

Johnson: While in public office, I have developed a track record of being able to work across the aisle with people with diverse ideologies, political party affiliations and unique ways of thinking. My focus while in public office has always been to do the work my constituents have elected me to do effectively and efficiently. I am a public servant dedicated to justice and fairness for all and I am committed to working with all people to carry out the duties of justice of the peace.

Keefe: The job as a magistrate needs to be as non-partisan as possible. Although this job is an elected position, I look at it more as a job interview, hoping the voters of west Bell County will review my resume and see that I am the best “job applicant.” I have a clear public record with my twenty years with the Killeen Police Department that can easily be vetted. My success as a small business owner is due in large part to treating all people with the respect and courtesy they deserve. There will be no partisanship in my office.

Southworth: Justice is the same for people of all political parties just as it is for those who are not affiliated with a party and for those who don’t vote. Justices do not ask what a person’s political affiliation is when they come before the court, justices want to know what the basis for their disagreement is and how best to resolve it.