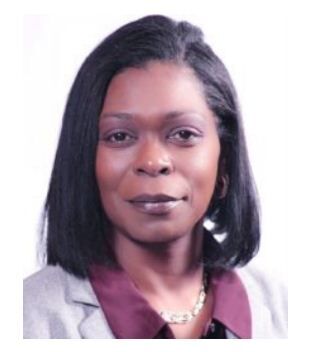 A Killeen City Council candidate with a felony past has no intention of withdrawing from the race, and it’s unclear exactly what will happen if she remains on the ballot.

Roslyn Finley, 45, is a candidate for one of three at-large seats in the upcoming Nov. 3 election.

According to records obtained by the Killeen Daily Herald, she has a 2002 felony conviction for aggravated assault in Ohio, and one for assault causing bodily injury to a family member in Killeen.

“I have now changed my life for the better, I’ve moved on to bigger and better things, and I refuse to allow anyone to keep me boxed in to that time of my life,” Finley told the Herald. “I won’t be bullied or intimidated off this ballot.”

State law, however, makes it seem like convicted felons can’t run for office in Texas.

Chapter 141 of the Texas Election Code concerns the eligibility of a candidate. Among the eligibility requirements is: “have not been finally convicted of a felony from which the person has not been pardoned or otherwise released from the resulting disabilities.”

When Finley filled out her application with the city in February to run for a council seat, she signed the document swearing she has “not been finally convicted of a felony for which I have not been pardoned or had my full rights of citizenship restored.”

The Herald sent questions to both city and state officials, asking if Finley is a valid candidate despite her felony past and what would happen if her name remains on the ballot. Neither would say one way or another, and the process to find out could be a complicated one.

Texas Election Code is not clear on what the “released from disability” part of the law means.

“We are not aware of a case in which an individual finally convicted of a felony has presented a declaration from a court stating they have been ‘otherwise released from the resulting disabilities’ preventing him/her from being eligible to be a candidate for or hold public office, so there is no concrete example we can provide as to what such a declaration would look like,” according to the Texas Secretary of State office in response to questions from the Herald. “Challenges to a candidate’s eligibility must be resolved by a district court judge in a lawsuit. The suit would have to come from another opposing candidate in the race, as only an opposing candidate (not the city or state or a voter in the district) would be able to show standing to bring a suit.”

The Texas Secretary of State’s Office and the Attorney General’s Office both released opinions last year that a person’s right to run for office is not automatically restored at the conclusion of a person’s probation term or sentence.

“The phrase...is somewhat ambiguous and has not been fully interpreted...by any state or federal court in Texas,” according to a 2019 brief from the Secretary of State’s Office. “While the right to vote can be restored upon completion of the terms of one’s sentence, Texas law does not provide for a similar automatic restoration of an individual’s rights to hold public office or serve on a jury.”

The brief outlines several ways in which a person convicted of a felony could have some rights restored, including a full restoration of rights by the governor.

“Unless the right to run for public elective office is specifically restored, an individual with a felony conviction is ineligible to exercise that right in Texas,” according to the Secretary of State’s brief.

Title 9 of the Election Code outlines the procedure if a candidate dies, is ineligible or withdraws.

“If a candidate dies or is declared ineligible after the 74th day before election day the candidate’s name shall be placed on the ballot,” according to the Election Code.

Aug. 24 is the deadline for a name to removed from the ballot for the Nov. 3 election.

If Finley’s name is not withdrawn from the ballot, and she is found to be not eligible to run for office, votes cast for her will count.

“If the name of a deceased, withdrawn, or ineligible candidate appears on the ballot under this chapter, the votes cast for the candidate shall be counted and entered on the official election returns in the same manner as for the other candidates,” according to Title 9.

Title 14 in the Election Code outlines the process by which the election could be contested by other candidates or individual voters, which could include lawsuits filed in district court.

As for Finley, she appeared to be more concerned about housing rights.

“Evictions are big business in this community, and there seems to be no assistance for residents who are in dire need of a place to stay,” she said.

She also spoke at a recent city council meeting, calling for preserving funding for housing and utilities relief.

The deadline to have a name removed from the ballot — either voluntarily or involuntarily — is Monday.

The City of Killeen told the Herald on Wednesday that they were “researching the City’s responsibilities should a candidate’s eligibility become questionable,” but they did not say whether they were looking into Finley’s case specifically.

The Herald did not hear back from the city by press time regarding follow-up questions.

Good for you Rosyln. I believe in redemption/healing and forgiveness. Stay strong and because you are not giving up , you have my vote!

Austin Tx had a candidate run for office with a felon conviction, and the Ag did speak on this.