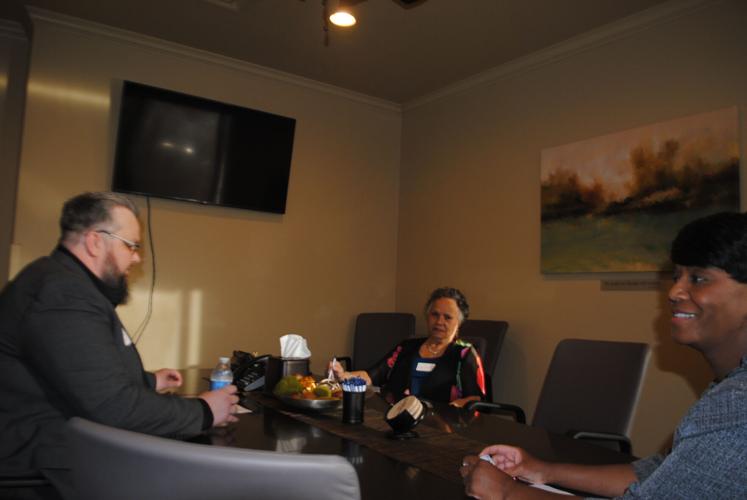 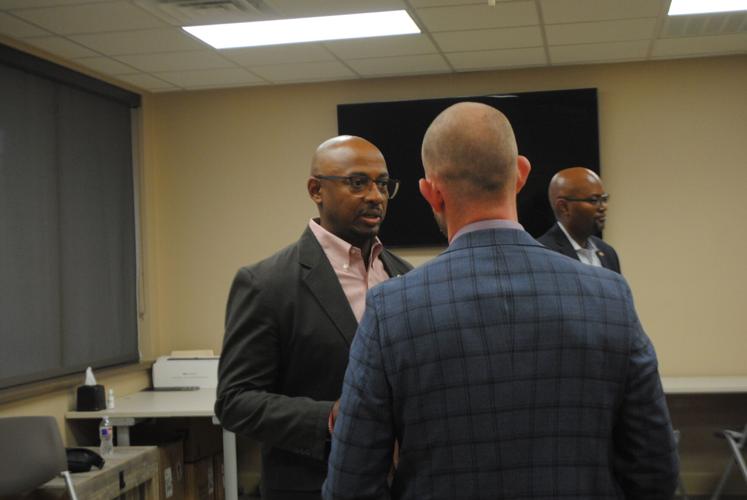 Councilman-at-Large Ken Wilkerson who is seeking re-election speaks with a resident. 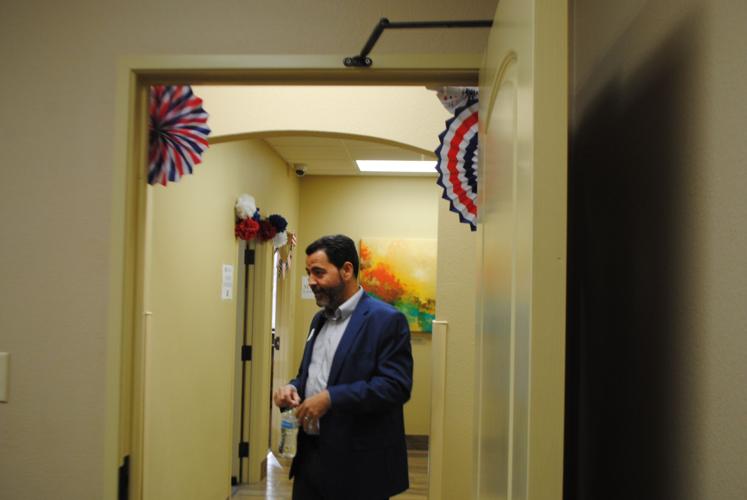 Former Killeen mayor Jose Segarra who is running for a council-at-large seat speaks with residents. 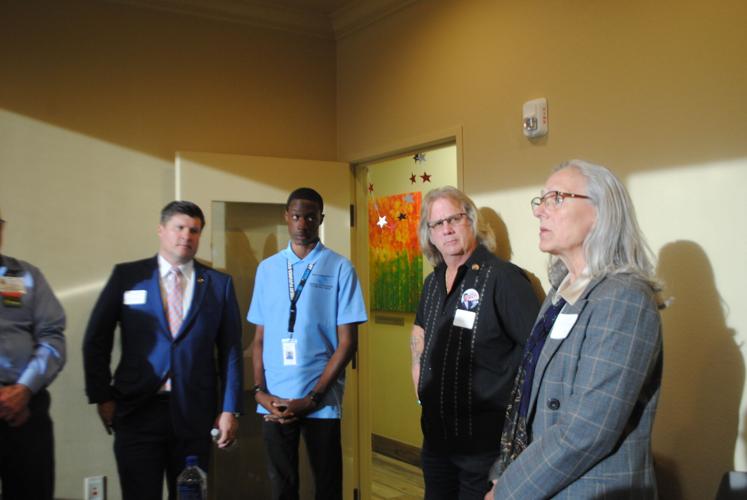 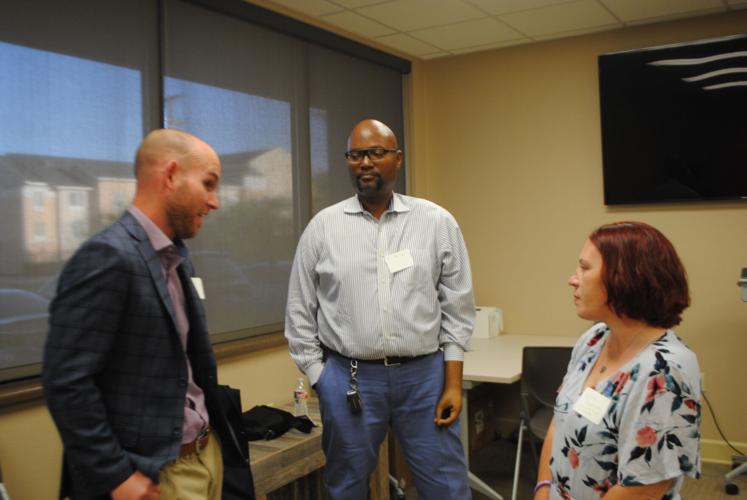 Councilman-at-Large Ken Wilkerson who is seeking re-election speaks with a resident.

Former Killeen mayor Jose Segarra who is running for a council-at-large seat speaks with residents.

About two dozen Killeen residents came out to the Carlson Law Firm on Thursday evening to meet with 15 candidates running in the May 7 city and school board elections during a political forum put on by Greater Killeen Young Professionals.

Brown, Wilkerson, and Williams are incumbents, and Segarra was formerly mayor but stepped down last month in order to run for a council seat, as the city charter requires.

Brenda Adams and Gerald Dreher are running for the Place 1 seat.

Area residents came out to the event to meet and talk with the candidates, conversing about various topics.

The event was set up with candidates placed in rooms together, based on which offices they were seeking.

For example, KISD board candidates were in one room, Killeen mayoral candidates in another room and Killeen council hopefuls in another.

Residents were free to move among the rooms and talk with all the candidates.

Susan Jones, the KISD board vice president, spoke at length with parent Jarrod Provost about the issues that mattered to him most.

“Well, do you ever watch our meetings?” Jones asked.

“No, not really,” Provost said.

“Well, there you go. That’s where we’re talking about things,” Jones said.

“But where’s your newsletter? Where’s your social media?” Provost asked.

Jones said that she isn’t a fan of social media and the problems that come along with it, but Provost pointed out that social media isn’t just the future but it’s the present.

When it came to the KISD school board, Robinson said that he plans on voting for Mintz, Dreher, and Jones.

“I really just like how casual things are but so far, no one has really swayed my vote just yet,” said Jared Foster, a former Killeen councilman.

As for Brooklyn transplant Sabrina Jones, she said that she enjoyed the event and getting to know the candidates one on one.

“Not sure who I am going to vote for yet but it’s nice to meet them,” Jones said.

More than 20 people were at the event during the time the Herald was present.

Killeen Independent School District board candidates talked to potential voters during a meet and greet held in Killeen on Monday evening.

Get your kids out of creepy government schools and homeschool.

Btw Holly Teel was at this event, she passed out t-shirts and yard signs.

Matter of fact one of the kdhnews reporters got a T-shirt.

Hmm, so you kdhnew is telling me and other citizens that Holly Teel was not at this event, or is thi just selective photo journalism?

Was because Holly Teel had shirts and was engaging with others?

Was it because you offer one candidate special treatment and special pricing for covering them, along with what appears to be their own personal use of kdhnews photography and writers?

Is because Holly Teel refuse to pay for your printing service that are over priced when it comes to handouts and signs?

You know full well Holly Teel was there, and this makes it look more like kdhnews conspires to create an illusion.

Is this not the same type of illusion that kdhnews and others accuse Fox News and other media outlets?

At least we get to honestly see how far you will go to silence anyone that will not vote for kdhnews choice.