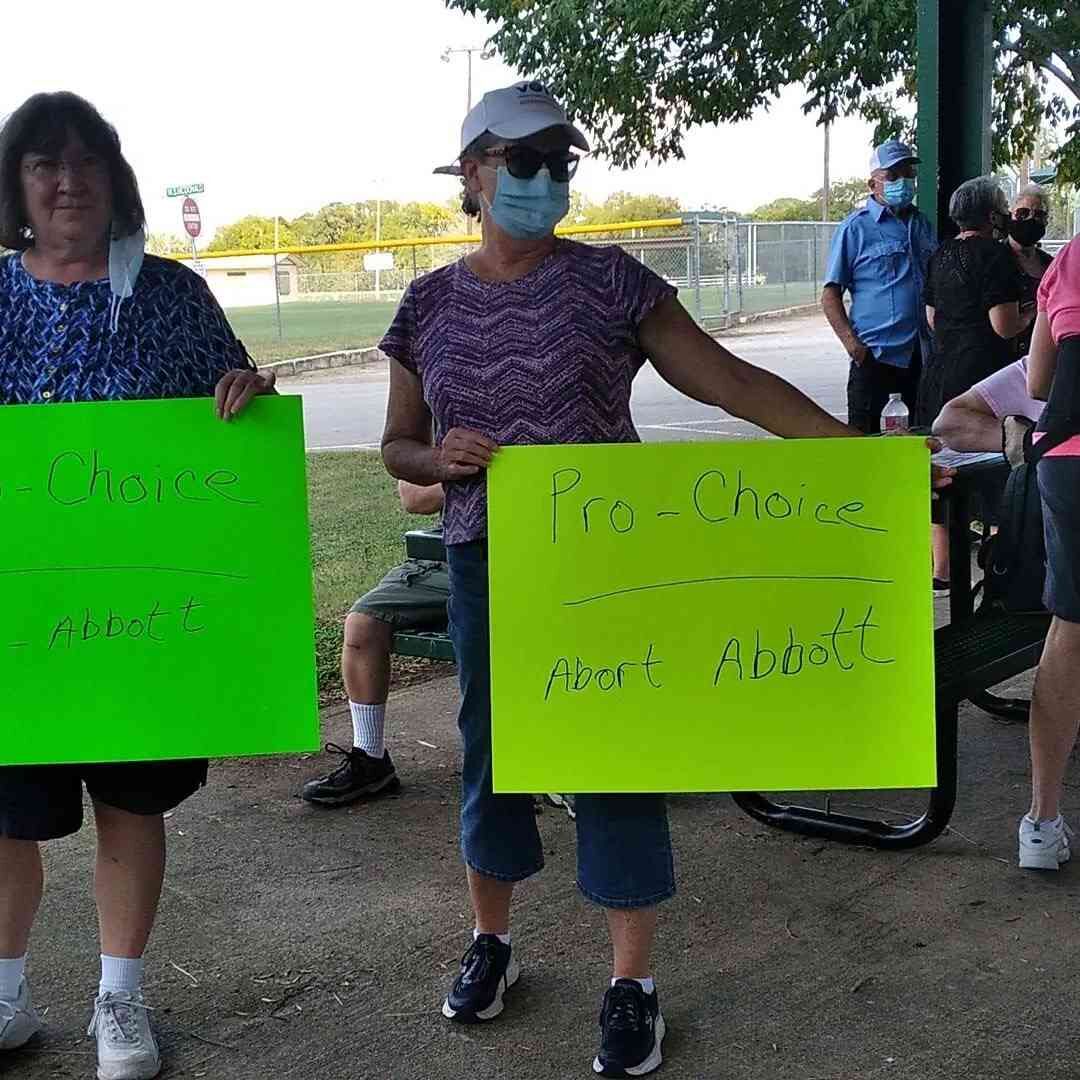 Pro-choice supporters hold signs under a pavilion at the Copperas Cove City Park last Saturday where they met to march in protest of the Texas abortion law. 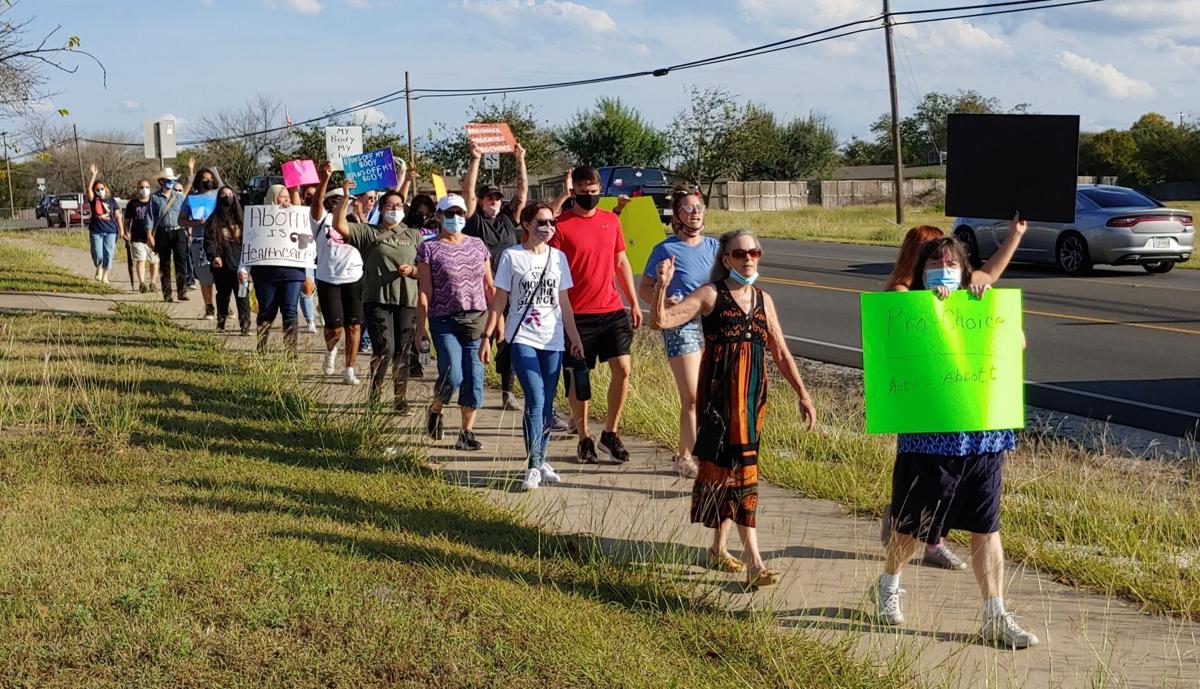 A group of pro-choice protesters were marching around Copperas Cove last Saturday afternoon.

Pro-choice supporters hold signs under a pavilion at the Copperas Cove City Park last Saturday where they met to march in protest of the Texas abortion law.

A group of pro-choice protesters were marching around Copperas Cove last Saturday afternoon.

Jo O’Shea, a Copperas Cove resident, took it upon herself to organize a pro-choice march last Saturday in the city.

The march was part of a nationwide Women’s March.

In Copperas Cove, O’Shea and the 25 to 30 supporters marched from near the Copperas Cove City Park to the railroad tracks in downtown and then back to protest Senate Bill 8, also known as the Heartbeat Act.

Signed into law by Gov. Greg Abbott on May 19 and effective Sept. 1, the new Texas law prohibits abortions after six weeks — or when a fetal heartbeat is detected.

“There are also no exceptions to rape, incest or age - not even health concerns,” O’Shea said in a phone interview Wednesday. “So that means that anyone that gets pregnant and doesn’t find out before there’s a fetal heartbeat cannot have an abortion.”

O’Shea explained later that in most cases, a fetal heartbeat can be detected between five to seven weeks after conception, but many women do not find out they are pregnant until around 12 to 16 weeks, which she said is “far longer than the abortion limit.”

The law also permits anyone to file a lawsuit against someone who helps a woman get an abortion, O’Shea explained.

“I would count this as unconstitutional,” O’Shea said, who added that the law affects children who get pregnant.

Though they were few in Copperas Cove, their voices have been joined by hundreds, if not thousands, from across the state. It appears their collective voice may have been heard — at least for now. Robert Pitman, a U.S. District Court judge from Austin, has blocked enforcement of the law, National Public Radio reported Wednesday evening.

The NPR reported that U.S. Attorney General Merrick Garland called Pitman’s ruling “‘a victory for women in Texas and for the rule of law.’”

On Sept. 1, the day the law went into effect, the U.S. Supreme Court had denied an emergency request to block enforcement of it.

Tucker said he attended the march since he is the new chairman for the Lampasas County Democrats. He said he wanted to show his solidarity and support since part of Copperas Cove falls in Lampasas County.

“It’s an inhumane, outright ban regardless of the circumstance,” Tucker said. “And it happens before most women know they’re pregnant.”

Tucker said there were some people passing in their vehicles that honked their horns in support.

One such lady even stopped and got out of her vehicle.

“She started breaking down in tears and saying, like, ‘Thank you. I thought I was the only one here,’” Tucker said. “It was a pretty moving moment. She was just really profusely thanking us just for standing up for her rights and everyone else’s rights.”

O’Shea said the woman’s show of support was encouraging since there were many along their march who were opposed to what they were marching for.