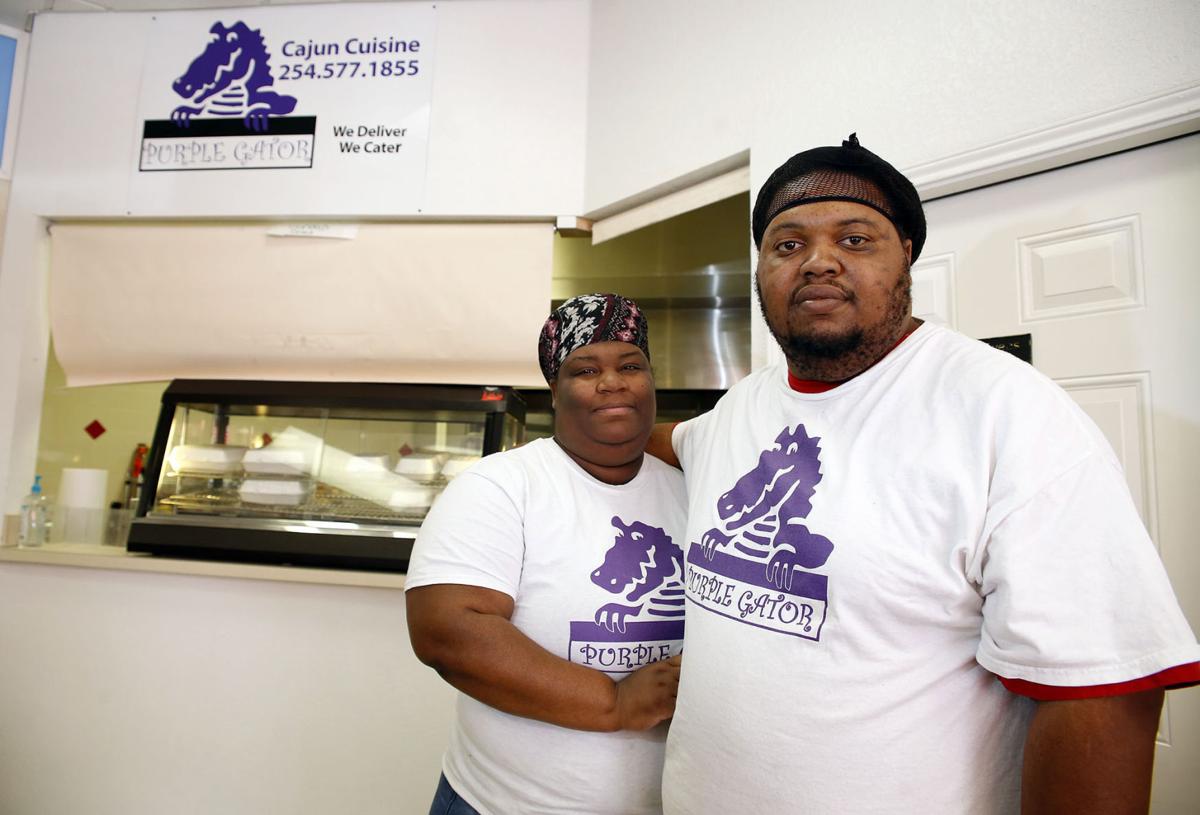 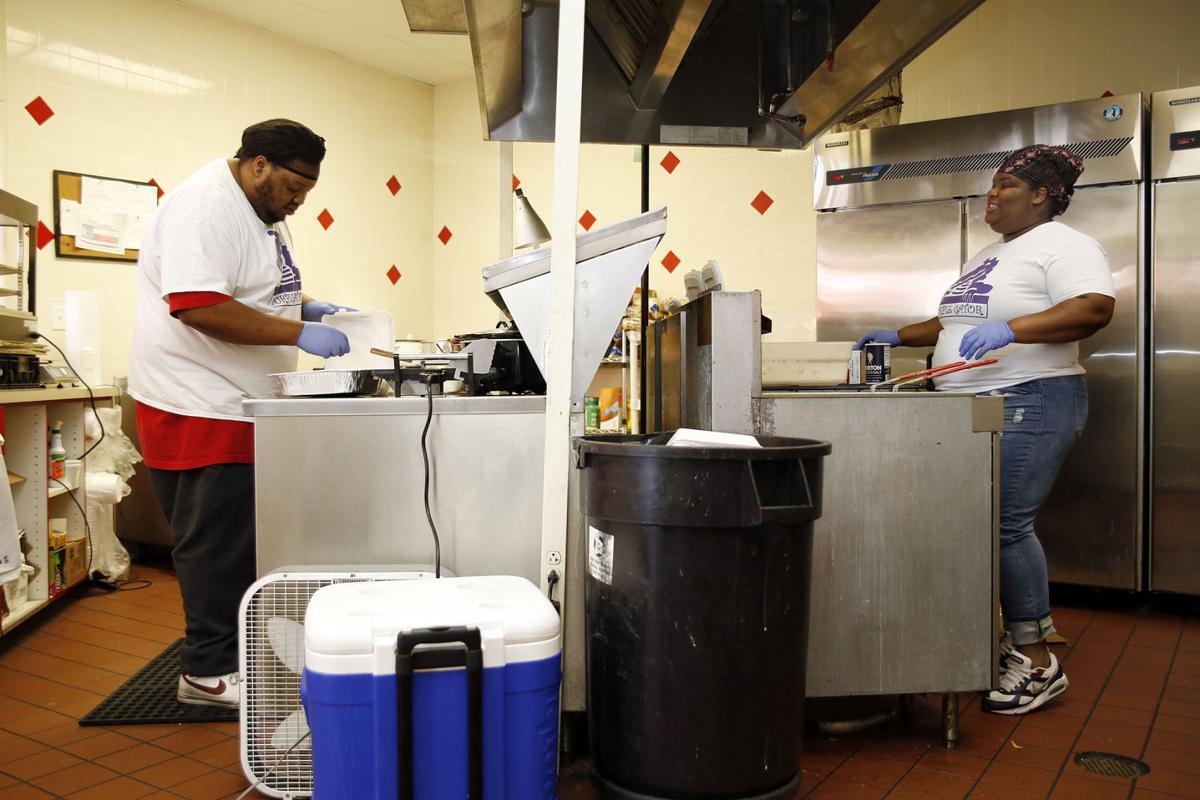 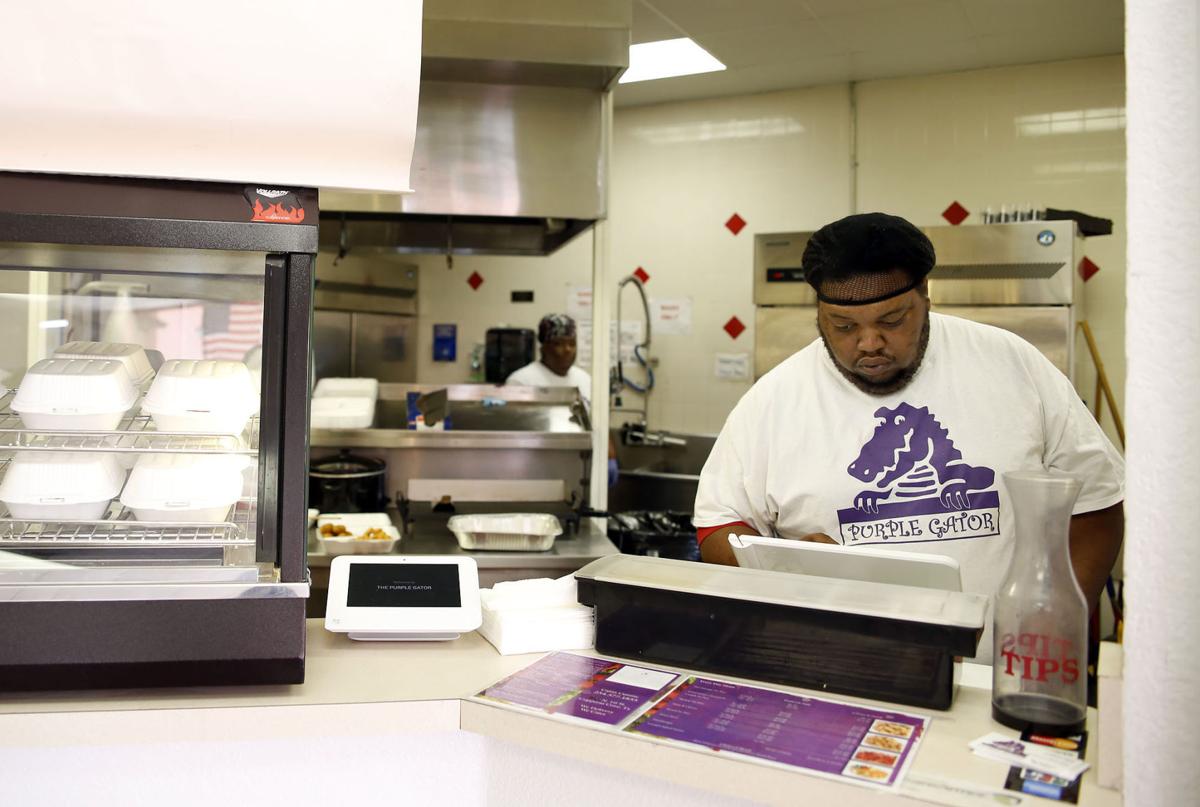 Terrance James takes a look at the cash register Wednesday, April 6, 2016, at the newly opened restaurant, The Purple Gator Cajun Cuisine, in Copperas Cove. James and his wife, Toni Washington, are the owners. 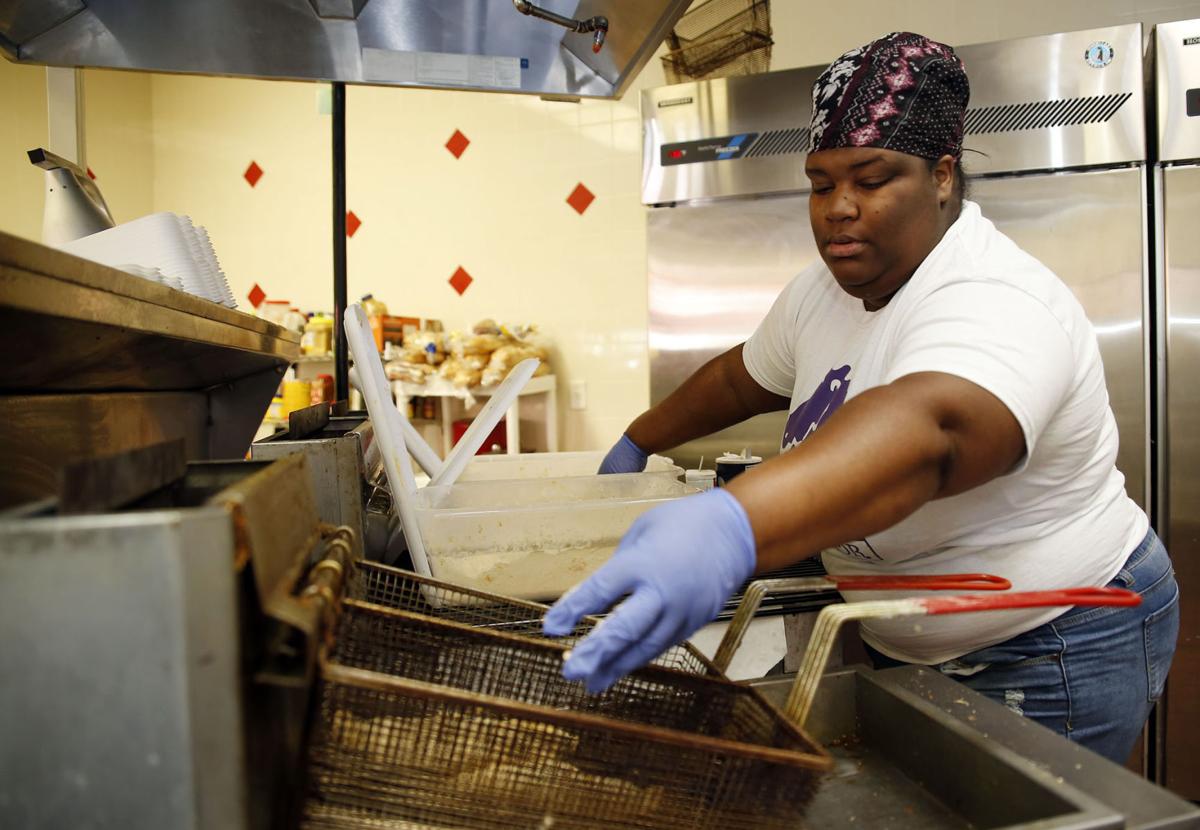 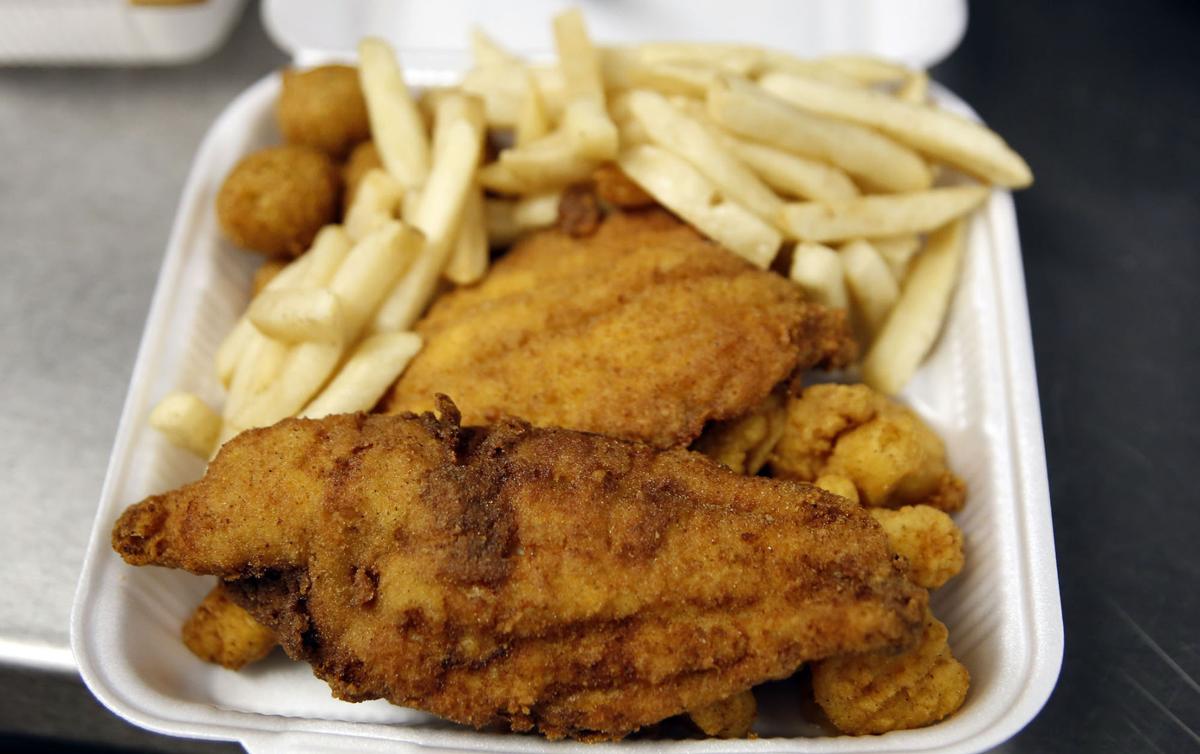 Terrance James takes a look at the cash register Wednesday, April 6, 2016, at the newly opened restaurant, The Purple Gator Cajun Cuisine, in Copperas Cove. James and his wife, Toni Washington, are the owners.

The family-owned Purple Gator, with its Cajun cuisine, continues to cook up a recipe for success — along with its delicious gumbo, etouffee, Po Boy sandwiches and many more food items.

The small kitchen is located inside the QStar Food Mart at 301 N. First Street and just opened in mid-March, but already has a faithful and growing clientele.

“I make fresh, home-cooked Cajun food the way my uncle and mom taught,” said owner and chef Toni Washington, 29, a native of LaPlace, La., as she stirred a huge pot of gumbo filled with sausage and okra with a batch of fresh gator — “the tail meat is the best” — in the deep fryer. “No one else cooks this type of food in the area, and I want you to feel like you got your money’s worth.”

The menu consist of 35 items which includes crawfish, shrimp, a seafood platter and boiled crab, plus a selection of sides like hush puppies, steamed corn-on-the-cob and broccoli cheddar rice casserole, among others. A blue plate special features a different meal each day of the week that rotates from Jambalaya, dirty rice, red beans and gumbo.

For breakfast, customers can treat themselves to a true Louisiana tradition of fresh Beignet, or waffle sandwiches, French Toast and shrimp grits and a build-your-own breakfast burrito.

When her husband Terrence James, who is also the business manager and assistant chef, boils his crawfish on Fridays, customers will begin placing orders on Thursday to make certain they get some before it sells out.

Washington and James intend to open a sit-down restaurant this summer in downtown Cove and keep the original kitchen as an express outlet.

“We’ll be able to expand our menu in the restaurant, offering more food and deserts,” said James.

Since she was a 5 years old cooking red beans on the stove, Washington said she has loved to cook and pursued it through the years. She and James, who hails from New Orleans, came to Texas almost a decade ago, first settling in Austin, where she worked in food service and security. James has worked as a chef in nursing homes and in restaurants, as well.

Even when the family lived in a two-bedroom apartment, Washington cooked and catered her cuisine to customers — fully licensed and permitted — until they decided to relocate to Copperas Cove in 2014 for the family-friendly environment and great school district. They have been married for nine years and have four children.

It was one of their daughters who came up with the name Purple Gator.

Stuck in various jobs that paid the bills, but didn’t satisfy her, Washington told her husband she wanted to open her own place.

“I said to her that we would sink or fly, but either way it goes, I was behind her,” James recalled.

The couple was originally looking for a sit-down restaurant in town and found several, but the deals always fell through. A friend mentioned the vacant kitchen which previously housed a barbecue business inside the QStar Food mart, so they spoke with the owners who agreed to lease it to them.

The couple invested their savings and her 401K retirement money to start the business, finally living the life of an entrepreneur and chef.

“My calling is to cook for people and make them happy with my food,” Washington said.