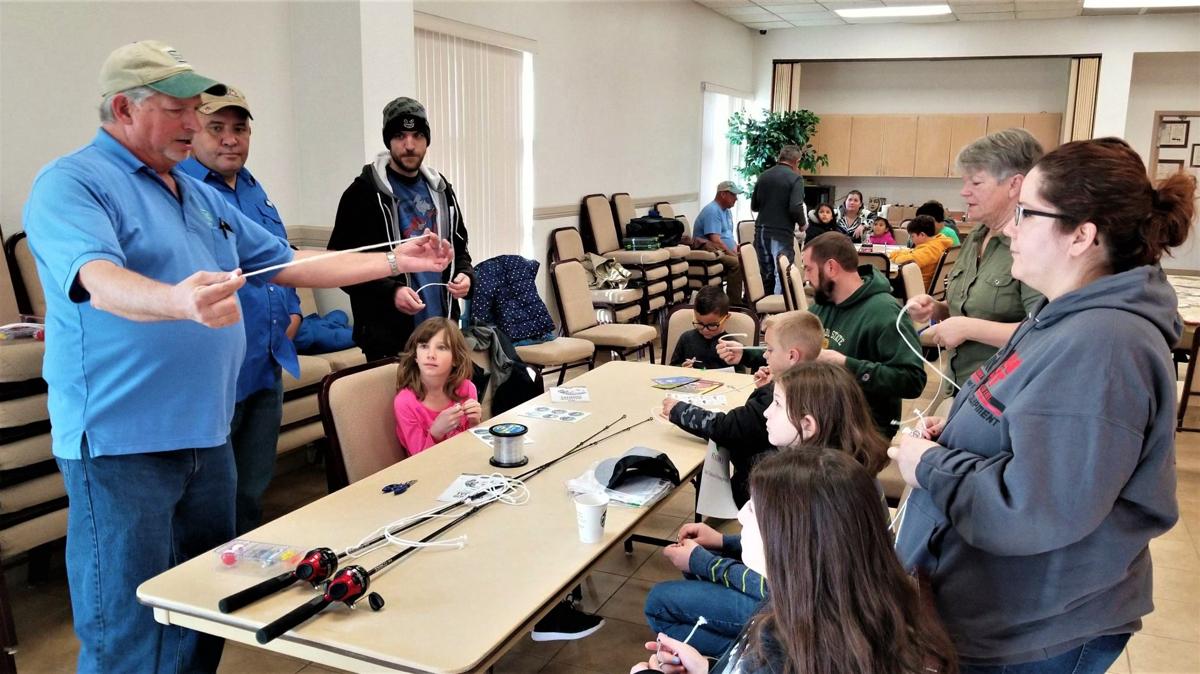 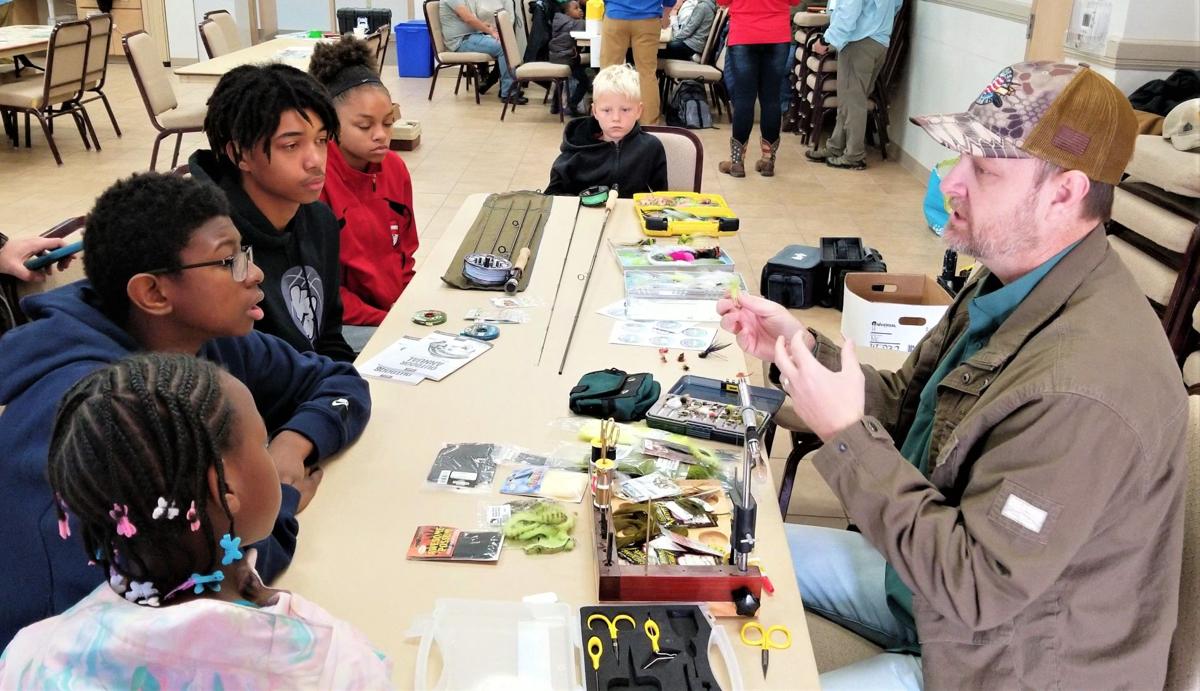 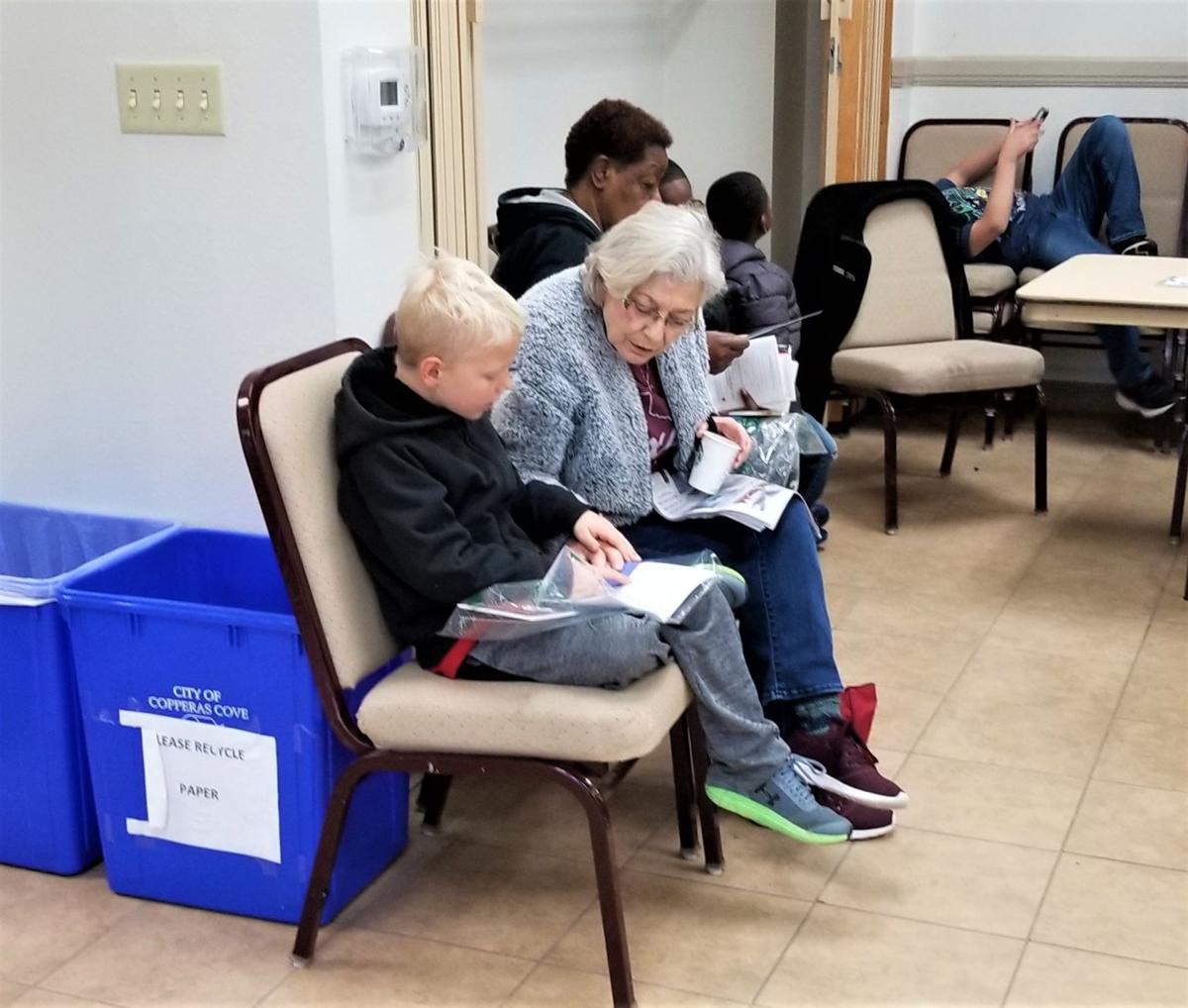 Jace Hilgenberg, 8, sits with his grandmother, Diane Logan, as they study a Texas Parks & Wildlife publication before a youth fishing class at the Copperas Cove Public Library on Jan. 11, 2020.

Jace Hilgenberg, 8, sits with his grandmother, Diane Logan, as they study a Texas Parks & Wildlife publication before a youth fishing class at the Copperas Cove Public Library on Jan. 11, 2020.

COPPERAS COVE — Jace Hilgenberg, 8, is looking forward to going fishing with his brother.

But when he does so later this year, he’ll know a bit more about what to do when he picks up a rod and reel.

“I want to learn how to hold the fishing rod,” the Taylor Creek Elementary School student said Saturday before Saturday morning’s youth fishing class at the Copperas Cove Public Library. “How to throw it, what to do when you catch the fish, and all that stuff.”

That was music to the ears of Frank Aguilar, a volunteer certified angler education instructor with Texas Parks & Wildlife. Aguilar put together Saturday’s class in hopes of inspiring kids and their parents to spend more time outdoors.

“Just so we can get the kids out of the house,” Aguilar said of the reason for organizing the class, “so they’ll stop playing video games and learn everything they can about fishing.”

About 30 children and adults attended the class, which was organized into five stations teaching various elements of what it takes to fish. In addition to tables showing the basics of fly tying and attaching hooks and baiting lines, there were also segments about outdoor ethics and regulations that govern fishing in Texas.

“Texas does not require the kids to have a fishing license up until they’re 17 and above,” Aguilar said. “But Texas doesn’t require anyone to have a license if they’re fishing in a state park.”

Volunteer instructor Chris Payne kept the kids at his table rapt by showing them the basics and reasoning behind the way he ties flies and lures.

“You can use rabbit fur,” Payne said. “You can use chicken feathers. You use string, like regular sewing thread, and your hook.”

He held up one of his flies he had made that morning as he waited for the class to start and pointing out its bright color.

“If the water you’re fishing in is muddy and you can’t see the bottom very well, you would throw something real bright,” Payne said. He compared how a fish sees in muddy water to how a person sees in foggy conditions, saying the fish would be attracted to lighter colors or shinier lures in those conditions.

For Aguilar, volunteers like Payne are tremendously important, and he hopes to get more of them. He encouraged adults who were interested in passing on their knowledge to become certified volunteers.

“The counties in our area here in Central Texas only have about two or three instructors per county,” Aguilar said. “And if we get more, that means (teaching) is going out to more kids and more organizations and they’d be better educated.”

Aguilar said anyone who wants more information about upcoming classes or fishing opportunities in Central Texas to go online to the Texas Parks & Wildlife website.

Copperas Cove will hold a Fishing in the Park event on Saturday, Feb. 15. More details are available from the Cove Parks and Recreation Department at 254-542-2719.