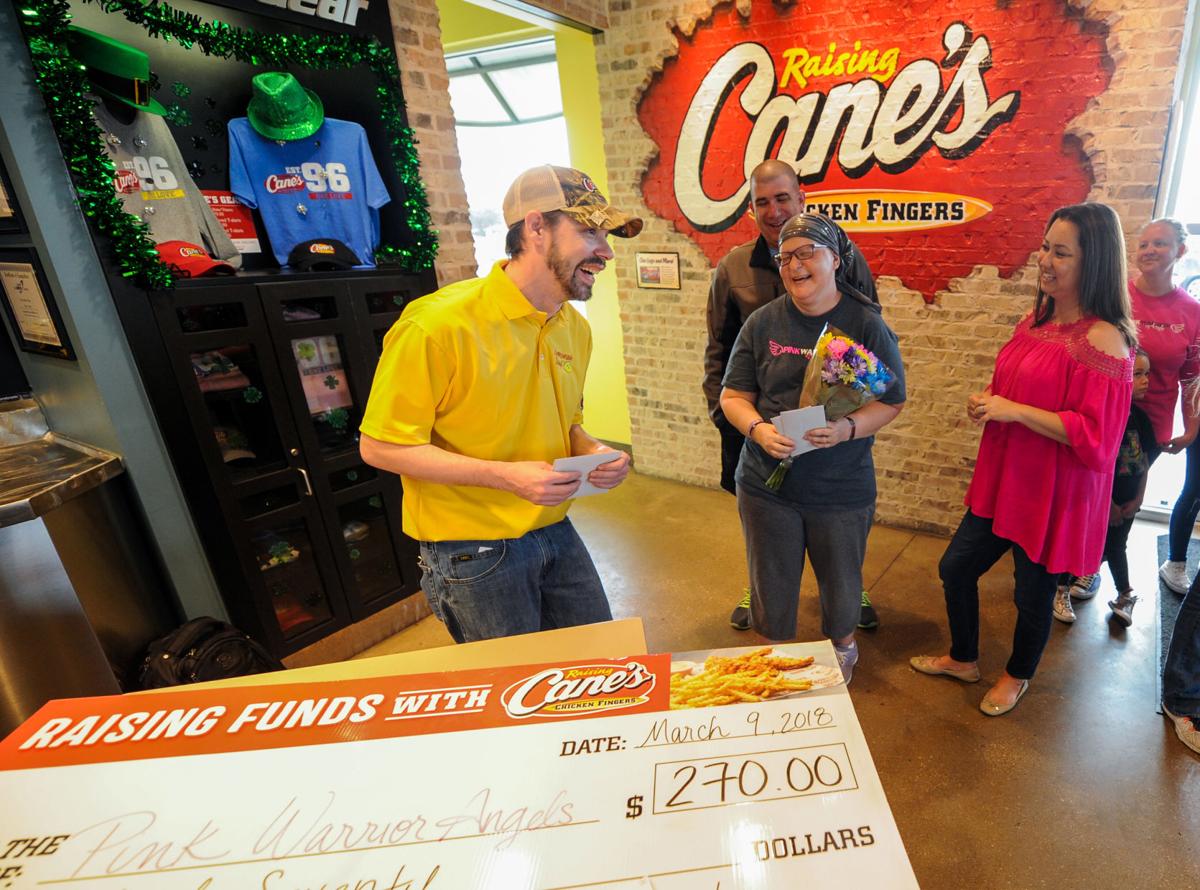 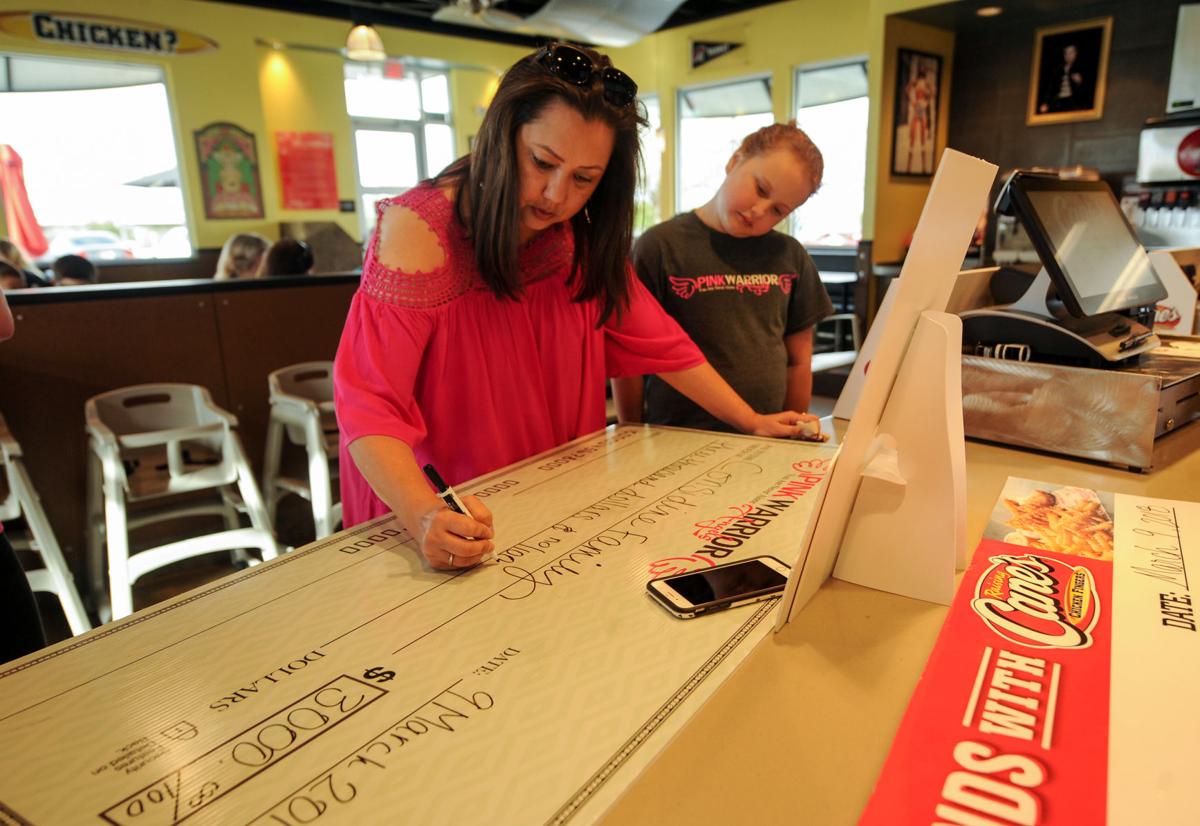 Pink Warrior Angels co-founder Julie Moser fills in the lines of a check as her daughter Emily looks on at the Copperas Cove Raising Cane's on Friday, March 9, 2018.

Pink Warrior Angels co-founder Julie Moser fills in the lines of a check as her daughter Emily looks on at the Copperas Cove Raising Cane's on Friday, March 9, 2018.

Residents gathered March 9 at Raising Cane’s in Cove for a check presentation to help Considine, who has stage 4 metastatic breast cancer, with some of the expenses of her ongoing illness.

Both Raising Cane’s and the Pink Warrior Angels presented funds totaling $3,270 to reimburse Considine for the Young Survivor’s Summit she attended in Orlando, Florida, last month with her family.

“It was an amazing week,” Marily said about the summit. She said she and her husband both benefited from going.

An entire portion of the conference was dedicated to stage 4 patients. “Stage 4 means there is no cure, we are always in treatment,” Considine said. Those sessions not only helped women in this unique position to learn from each other, but also focused on ways to help them prepare their families for days to come.

While in Orlando, the couple fit in a day at Disney World with their children, ages 14 and 11. “We were able to make a lot of memories with our kids ... while we were there,” she said.

Of the summit, Marily Considine said, “We wouldn’t have been able to go if it weren’t for Julie (Moser, co-founder of the PWA) and the Pink Warrior Angels, and Raising Cane’s. ... I give credit to (them). They made all this possible.”

Shaun Smith, general manager of the Copperas Cove Raising Cane’s, began the fundraiser for Considine and her family Feb. 21 and said his attention was initially drawn to her cause by Julie Moser and the PWA. “We will continue to (raise funds) until she gets what she needs.”

As for Considine, she maintains her optimism and her faith by keeping her sights on her family. Of her husband, she said, “He’s the best caretaker in the world.” Her children “are the best inspiration.”

As for advice, Considine suggested people always have faith and don’t ever quit.