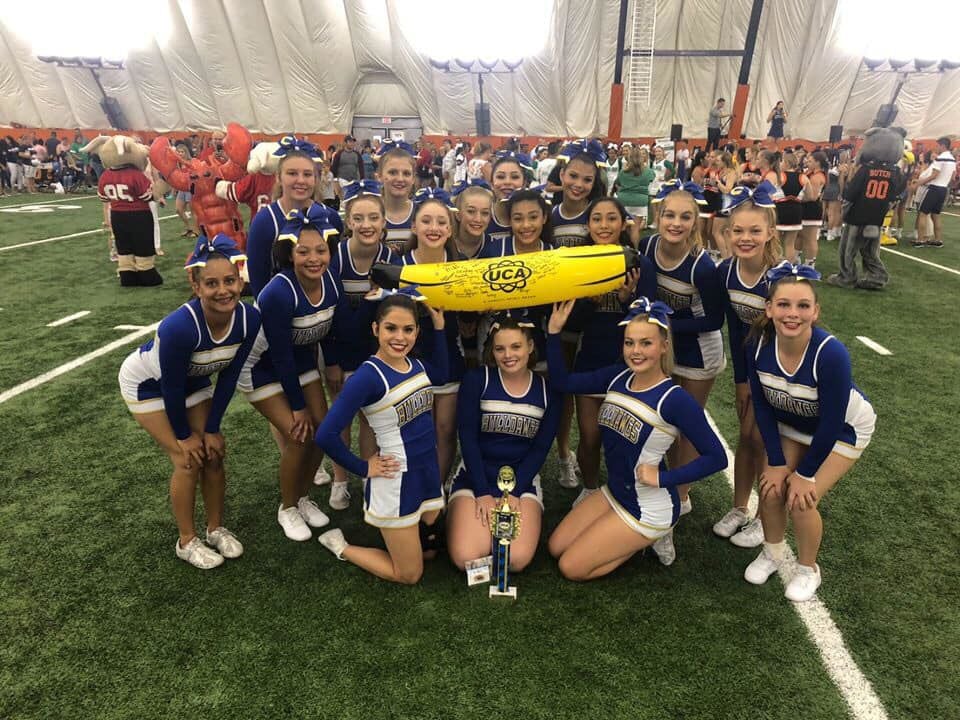 The Copperas Cove High School cheerleaders received superior ratings in every judged category at the recent UCA camp at the University of Texas-Austin and were also named the Most Spirited squad, receiving the camp banana. 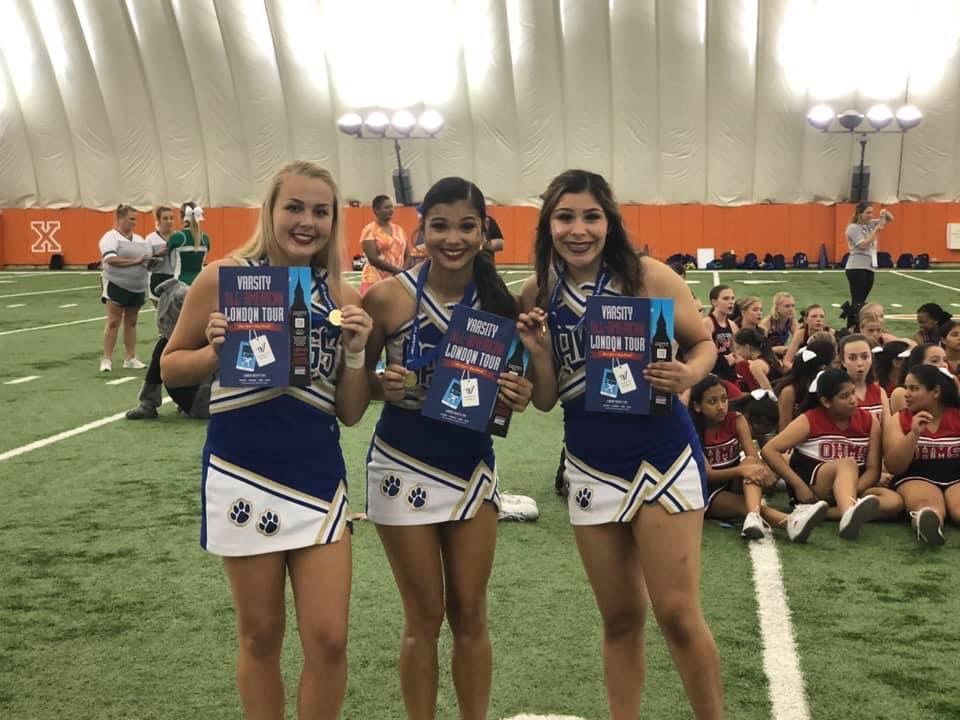 The Copperas Cove High School cheerleaders received superior ratings in every judged category at the recent UCA camp at the University of Texas-Austin and were also named the Most Spirited squad, receiving the camp banana.

Well-executed jumps, stunts and perfect precision are all requirements for scoring superior at the Universal Cheer Camp at the University of Texas in Austin, but attitudes, manners, and kindness are equally important. These attributes possessed by the Copperas Cove High School cheerleading squad earned them the Most Spirited Award at the highly attended camp earning them a giant banana that the squad has not earned since 2016.

While at camp, the athletes were given material to learn each morning including four cheers, two chants, a rally routine, dance class, and a variety of intermediate to advanced level stunts and then were evaluated that same afternoon on how well they performed the assignments.

The Copperas Cove cheerleaders, coached by teacher Nikki Schulte, received Superior ratings in every category, an accomplishment that is difficult to achieve.

“Our cheerleaders practiced tirelessly and maintained positive attitudes throughout the entire camp,” Schulte said. “These students also received a multitude of compliments from the staff, other coaches, and fellow cheerleaders from other teams mainly based on their attitudes, manners, and kindness. It is important that these cheerleaders are not only talented athletes, but they also need to be kind, respectful, empathetic human beings.

“The amount of trust that these girls have within each other is really incredible to see,” Schulte said. “I mean they are literally trusting each other with their lives by throwing teammates high into the air and then having to trust that they will catch them.”

Out of the hundreds of cheerleaders in attendance at the camp, six Cove athletes were selected to audition for the coveted title of All American Cheerleader based on their overall performance in the areas of jumps, cheer, and dance. Three of the six, Isabella Reyes, Savanna Walker, and squad co-captain Kimberly Cimmino were selected and are eligible to perform in London, England. Head captain Jayce Anderson earned the Pin It Forward Award given to the athlete who demonstrates strong leadership and impacts the lives of her team members.

“Although it is very tough to push though soreness from stunting and stress from learning all of the material so fast, we crushed it this year,” said Cimmino who was selected as an All-American cheerleader for the second consecutive year. “My teammates and I stayed up many hours of the night to practice for our performance and All-American try-outs.”

“As their coach, I have seen this team go through some really hard times, but I have also seen them persevere and achieve all the goals that they set out for themselves,” Schulte said. “I could not be more proud of this team for the athletes and young adults they are becoming. This is only the beginning. I am excited to see how far this team will go.”