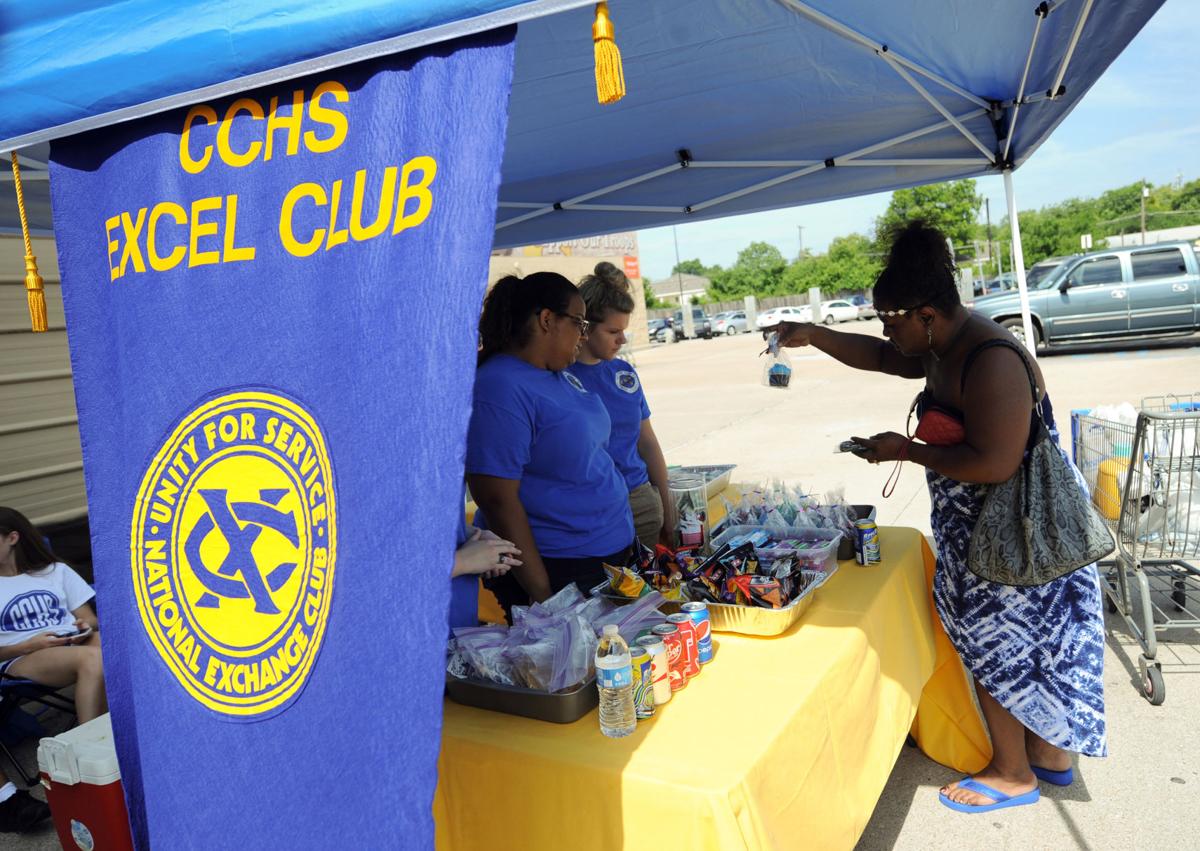 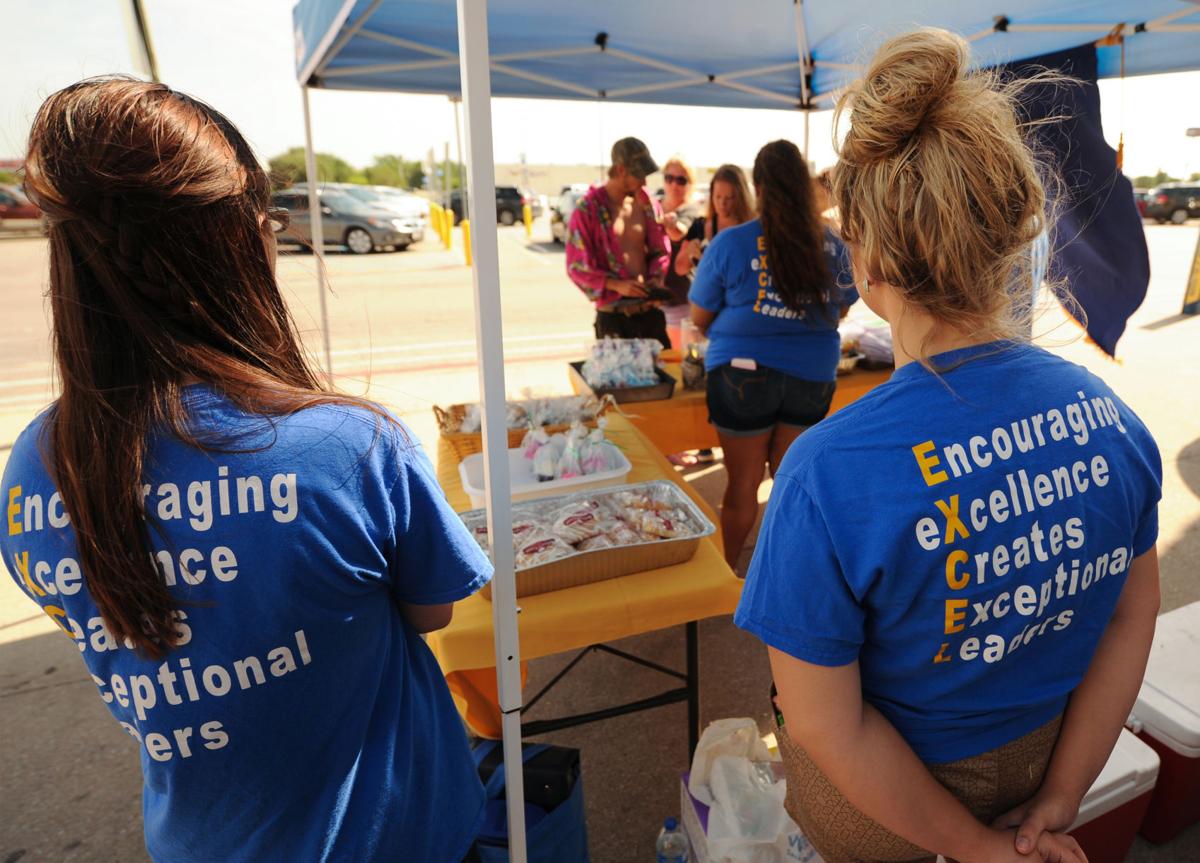 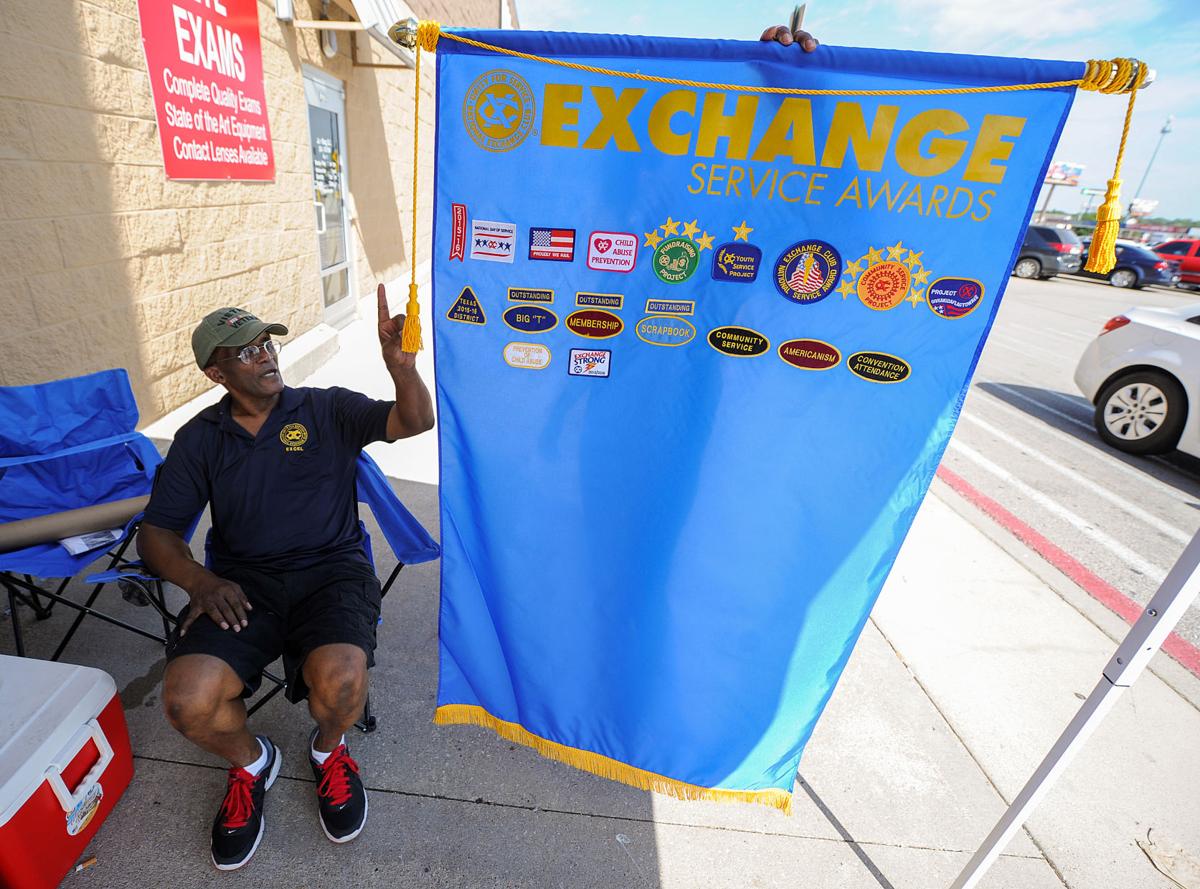 Instead of cooling off in a swimming pool like many teens on a hot summer day, about a dozen members from the Excel Club of Cove High School hosted their first bake sale in front of Wal-Mart on Saturday.

It was one of many fundraising events the club hosts year-round to raise money to buy supplies they use for community projects, said club President Jonathan Grabowski, 17.

“Last year, we painted the curb red around the Sunshine Home making it easier for seniors to see it, so we needed money to buy paint and brushes,” Grabowski said.

The Excel Club mirrors the goals of the national organization of community service, creating awareness for the prevention of child abuse and promoting patriotism.

The club earned more than $100 in the first hour selling homemade brownies, cupcakes and cookies. Some people just made a cash donation.

Cove resident Daniel Philips let his two daughters put their money into the jar themselves then selected two bags of cookies.

“My two little ones will go to Cove High School one day, so I want to support these students now,” Philips said. “Every donation we make now will help us prepare for the start of the school year,” said Charles Lyons, a club adviser, while manning one of two stands outside the store.

At the other stand was wife and adviser Dorothy Lyons with several more students.

“In 2015, the club donated about $4,000 to three organizations, including The Lupus Foundation of America, My Brother’s Food Pantry and Hope Pregnancy Center,” she said.

Volunteer opportunities are posted on the club’s Facebook page and include stocking the food pantry on Sunday morning, with members donating as much time as they can at the event or activity.

Rachel Pierce, 16, showed up early at the bake sale planning to stay until the end.

“It’s all about helping the community, and I get to spend time with my friends, too,” Pierce said.