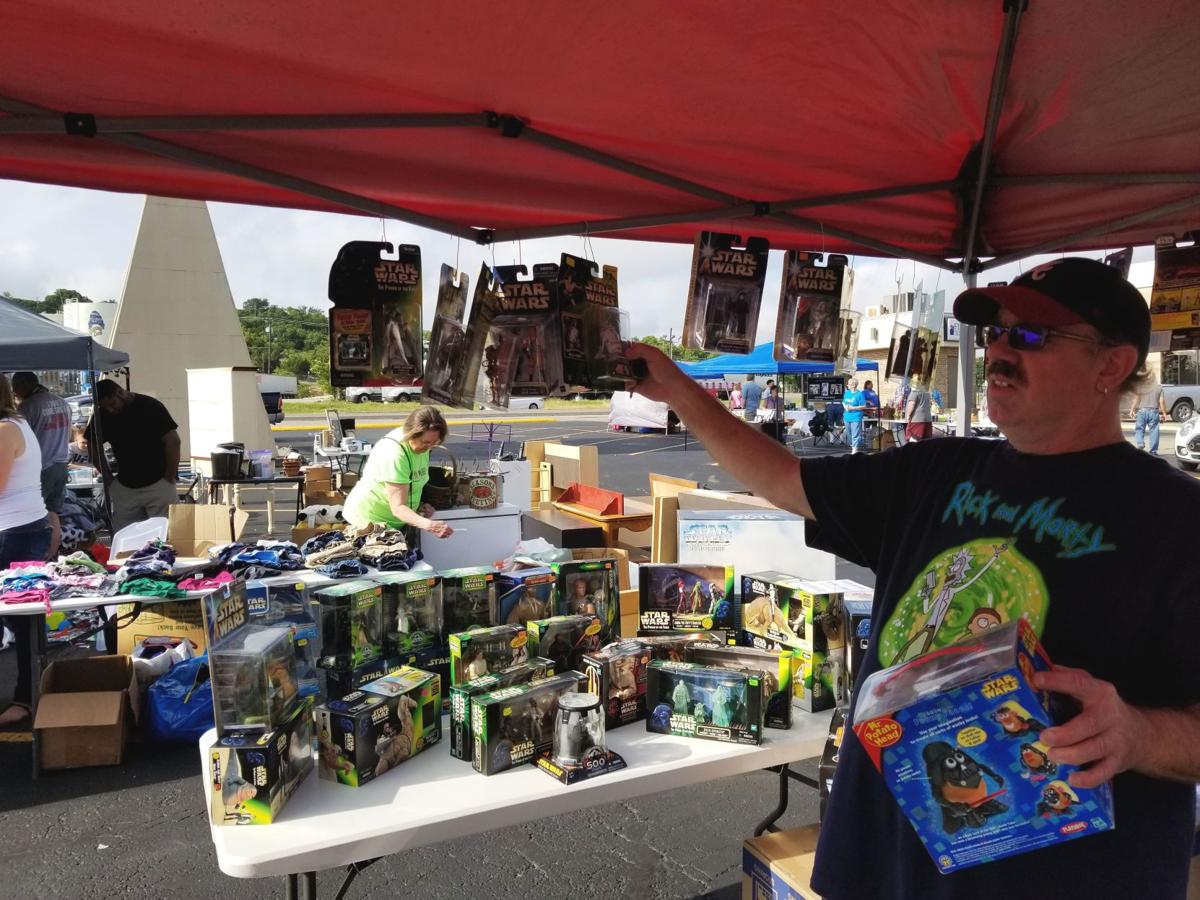 Jeff Melby examines some of the “Star Wars” merchandise on display at Debby Weaver’s booth Saturday at the Chamber of Commerce Ambassador garage sale at Cove Terrace Shopping Center in Copperas Cove. 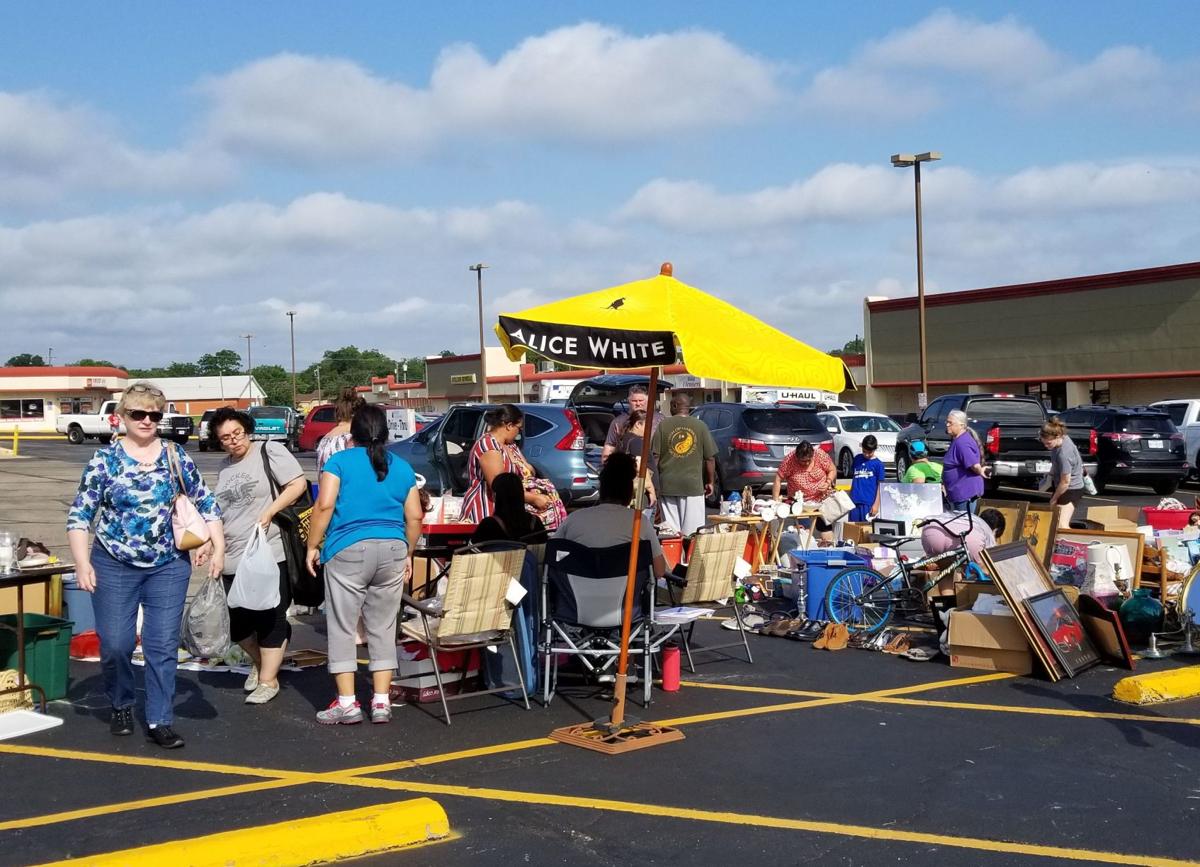 Cathy Racicot, left, and Sandra O’Brien, second from left, were able to find a few bargains at the Ambassador garage sale Saturday at Cove Terrace Shopping Center in Copperas Cove.

Jeff Melby examines some of the “Star Wars” merchandise on display at Debby Weaver’s booth Saturday at the Chamber of Commerce Ambassador garage sale at Cove Terrace Shopping Center in Copperas Cove.

Cathy Racicot, left, and Sandra O’Brien, second from left, were able to find a few bargains at the Ambassador garage sale Saturday at Cove Terrace Shopping Center in Copperas Cove.

COPPERAS COVE — Debby Weaver estimates that, at one time, her son owned $20,000 worth of “Star Wars” merchandise.

“That was my asking price,” Weaver said Saturday during the Copperas Cove Chamber of Commerce Ambassador garage sale. “It’s a collection that started with my son and that’s ending with me. He was a real big ‘Star Wars’ fan. We used to tease people and tell them that the first time he saw ‘Star Wars’ was in utero.”

Weaver was writing prices on tags as the merchandise came out of totes and boxes in her designated space at the Cove Terrace Shopping Center. “A lot of the stuff that’s here you won’t find anywhere else,” Weaver said. “I’ve had a hard time finding prices for it in the collectors guides because some of it is so unique.”

Weaver was one of about two dozen vendors who took part in Saturday’s garage sale.

“I know in the past they did it twice a year,” said Laura Jordan, the chairwoman of the chamber’s Ambassador program. “We were supposed to have done it back in April, but we had serious storms...so we ended up cancelling.

It ended up being the right thing because we doubled the people (this time).”

Jordan hoped that even more vendors would come to the next garage sale now that it’s been reestablished.

The garage sale not only helps the vendors show off their creative skills and lets them try to get rid of older household items, it also benefits the Ambassador program by providing funds for their projects.

Jordan said some money will go toward a scholarship for a student that plans to stay in the area and study a trade at a local college. The rest would go toward ongoing costs, such as quarterly bingo games and baskets for new businesses.

She said there was even an option for vendors to leave anything they didn’t want to haul away.

“We got the Optimist Club (to) come in after the fact and help anybody who just wants to dump it all and go home,” Weaver said. “They’re going to take it and sell it (at their Cove Terrace store), so it will go to charity.”

The warm and muggy conditions didn’t keep shoppers from browsing through the available items. Cathy Racicot and Sandra O’Brien of Killeen both picked up some glassware and other items.

“Just say garage sale and we’re here,” Racicot said after putting her purchases in their car.

“Other people’s trash is our treasure,” O’Brien added as they walked back toward the other vendors looking for more deals.