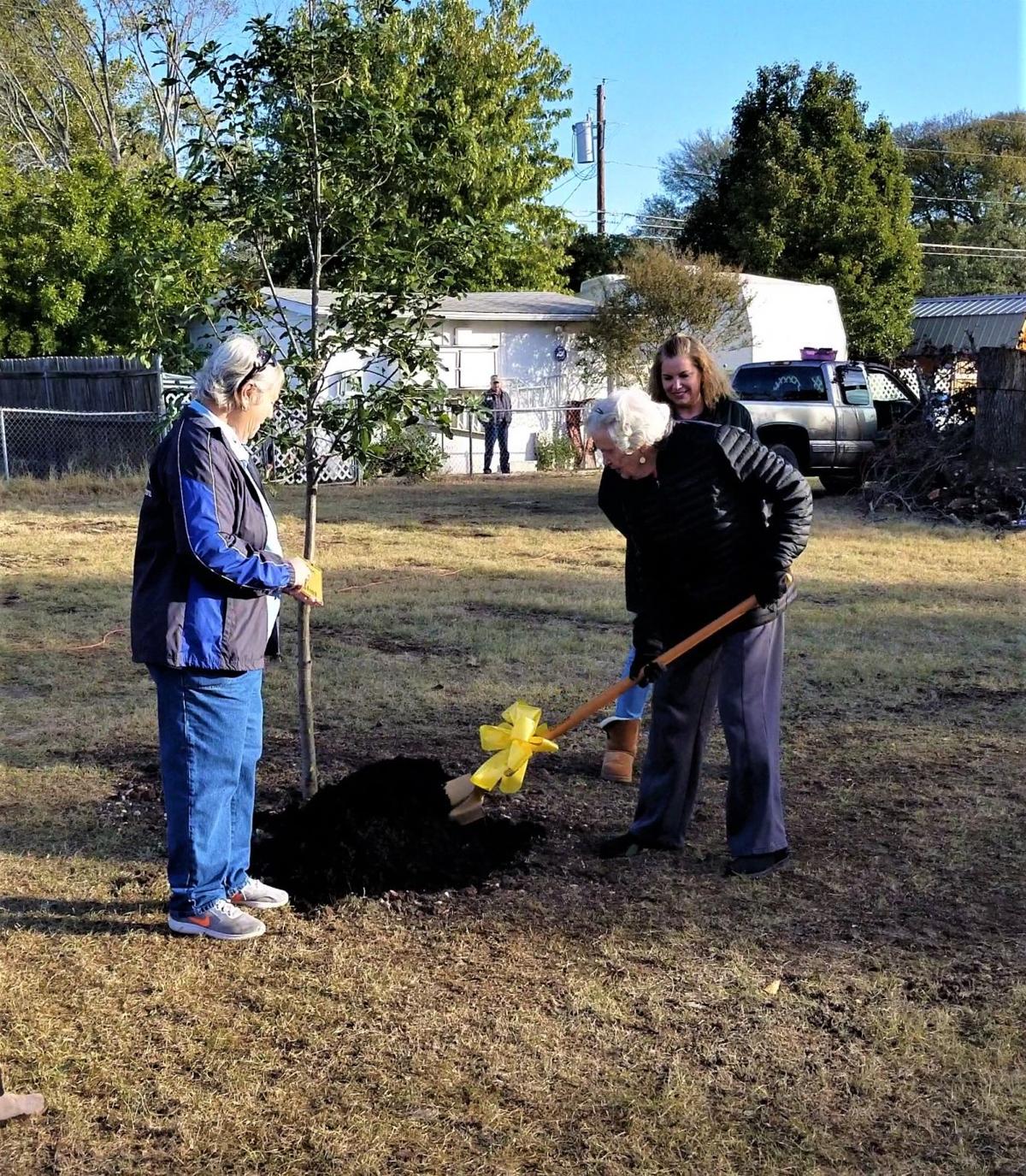 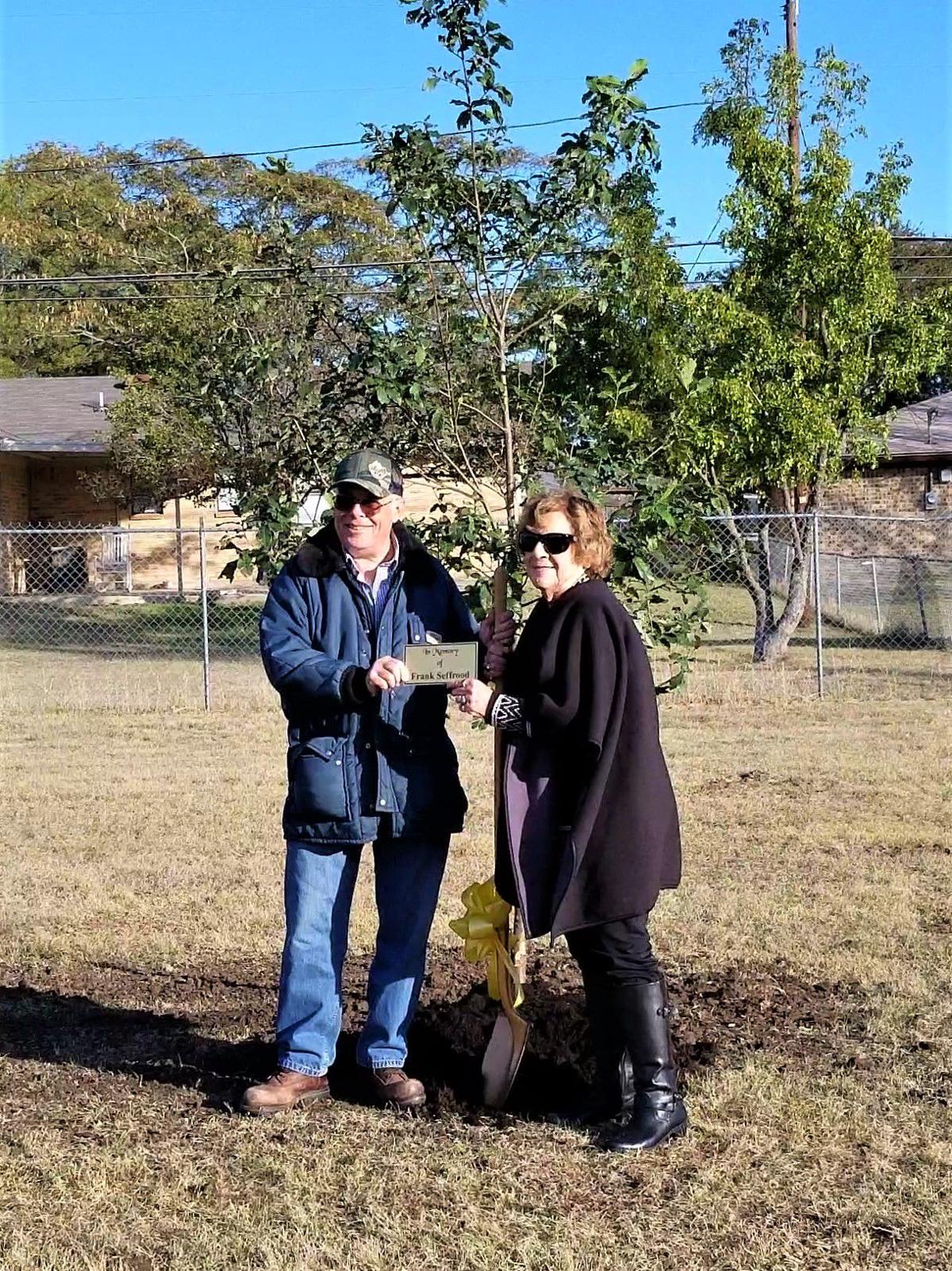 The wives of the three honorees were presented with a plaque bearing each honoree’s name, and each threw several shovels of dirt on the oak tree dedicated to their husband.

More than two dozen people braved the chilly temperatures to pay tribute to the men, who volunteered with different local organizations in addition to holding elected office.

Texas State Arbor Day has been held on the first Friday in November since 2013, when it was created by an act of the Texas Legislature.