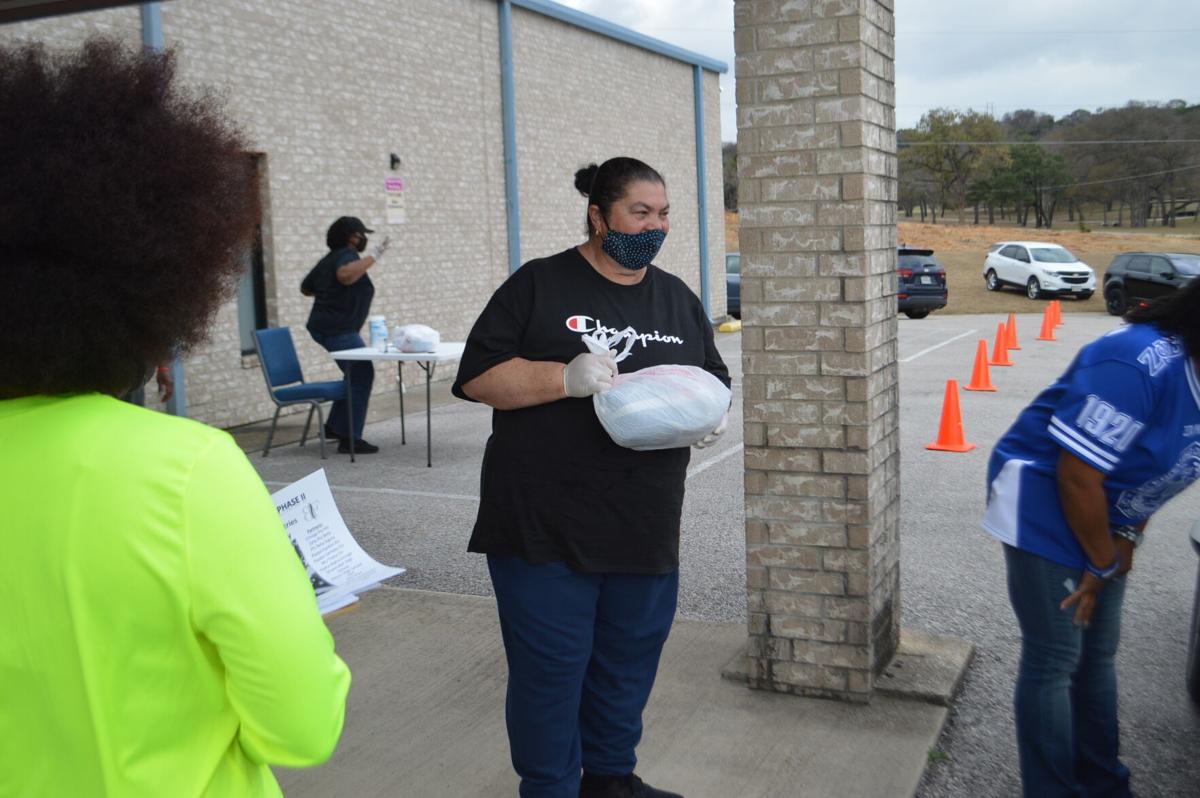 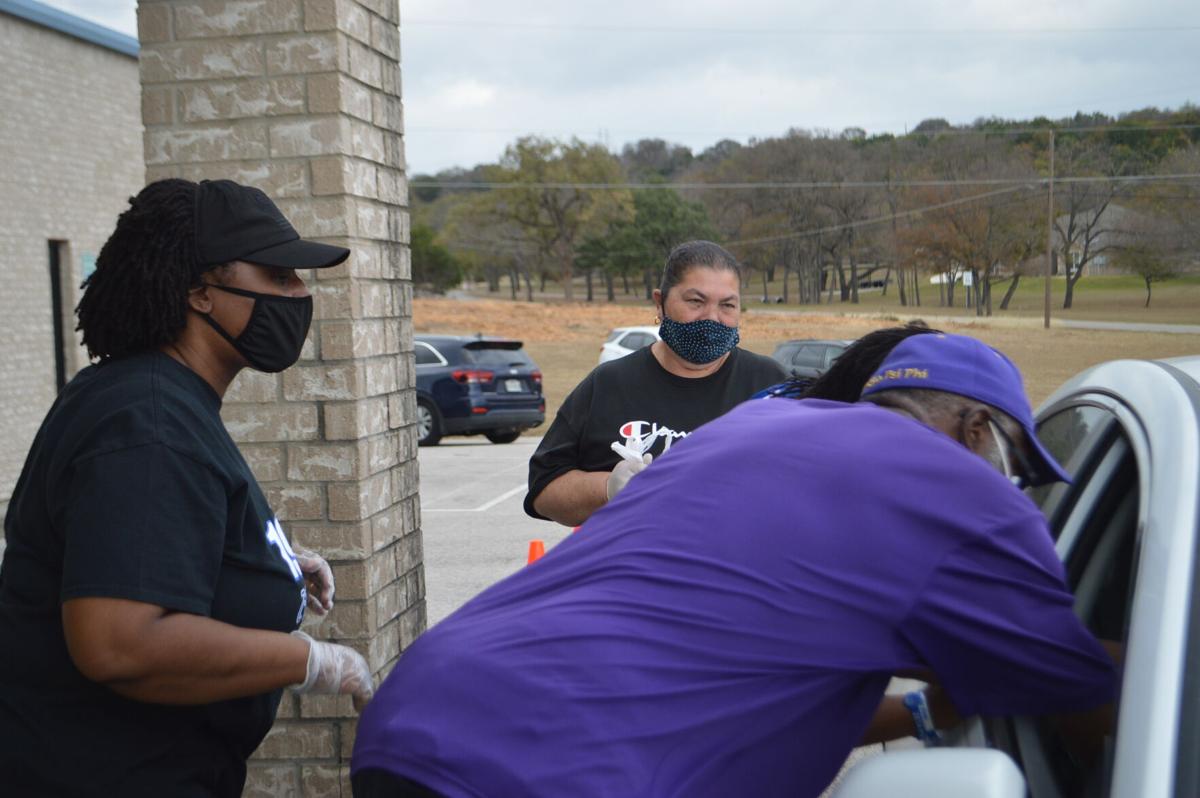 Volunteers at the Bethesda Fellowship Ministries' turkey giveaway Saturday speak to an area resident who came through the line to get a turkey. The church gave away 300 turkeys as part of its Operation Holiday Uplift. 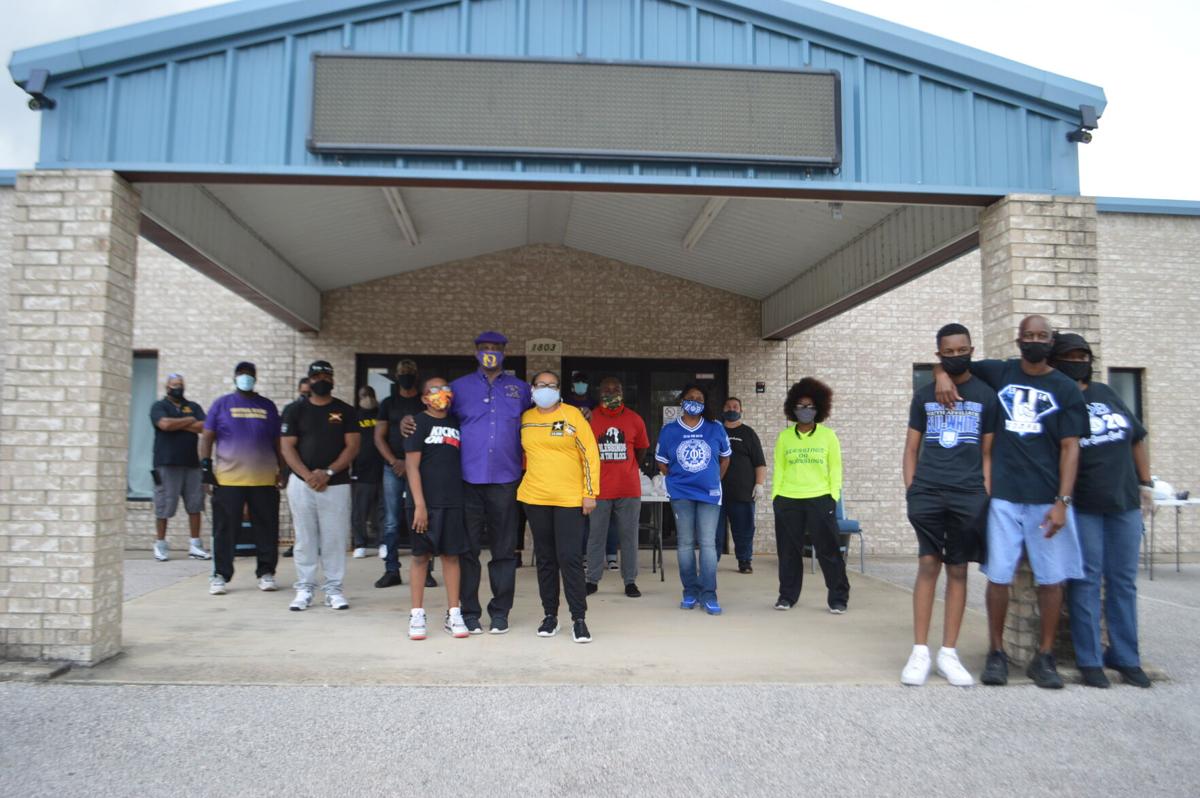 All of the volunteers at the Bethesda Fellowship Ministries church in Copperas Cove post for a photo during a turkey giveaway last Saturday. The church gave away 300 turkeys as part of its Operation Holiday Uplift.

Volunteers at the Bethesda Fellowship Ministries' turkey giveaway Saturday speak to an area resident who came through the line to get a turkey. The church gave away 300 turkeys as part of its Operation Holiday Uplift.

All of the volunteers at the Bethesda Fellowship Ministries church in Copperas Cove post for a photo during a turkey giveaway last Saturday. The church gave away 300 turkeys as part of its Operation Holiday Uplift.

Bethesda Fellowship Ministries in Copperas Cove began its annual Operation Holiday Uplift last Saturday by giving out half of the turkeys it will give out before the end of the holiday season.

The church gave out 300 turkeys between three locations Saturday, and it will give out 300 more, plus meal boxes, on Dec. 19.

Bishop R. Ray Gatewood, senior pastor of the church, said the coronavirus was not going to hinder its plans to bless the community.

That attitude will allow one Copperas Cove couple to have their family over for Thanksgiving.

Mary Hanson beamed as the volunteers loaded the turkey into her vehicle Saturday.

“This makes something possible that I would not have been able to do this year,” she said after receiving the turkey. “In years past, it hasn’t been that much of an issue, but this year, it’s more so.”

Hanson, who has been retired for six years, explained that she has taken a large financial hit since the pandemic started.

“I’ve had huge losses in my sheltered annuity,” she said. “So, I was bolstering my Social Security income with some interest off of my annuity, but that’s no longer happening because I’ve lost so much money from (the annuity).”

Members of the Omega Psi Phi fraternity volunteered at the turkey giveaway. One of the fraternity’s past secretaries, Jerrold Lyles, said seeing smiles on the faces of people getting a turkey is the best part of it.

“One of our mandated programs is helping people, and it feels good to give back and help people,” Lyles said. “Just to be able to help somebody in the community, that’s what we stand for.”

Lyles said one of the watchwords for the fraternity is service.

“It does us no good to have a blessing and can’t be a blessing to someone,” he said. “That’s why we don’t mind giving to anyone who has a need that comes to us and asks.”

Operation Holiday Uplift is the biggest event of the year for the church, Gatewood said.

The distribution began around 2005, and the church was able to give food to around 25 families, Gatewood said Saturday. Since then, it has come a long way, and the fraternity donated a lot of money to make this year’s distribution possible.

Distribution of the second and final stage of turkeys and meal boxes will be first come, first served.

The Dec. 19 giveaway will be from noon to 3 p.m. at the same locations:

Hanson said she plans to come back for the giveaway in December and give some of her family members some of the food to “spread the wealth.”

Lyles said that although the pandemic has been rough, the fraternity would not have it any other way.

“We’re still going to do the same thing,” Lyles said. “We wish we could do more, but every little bit helps.”