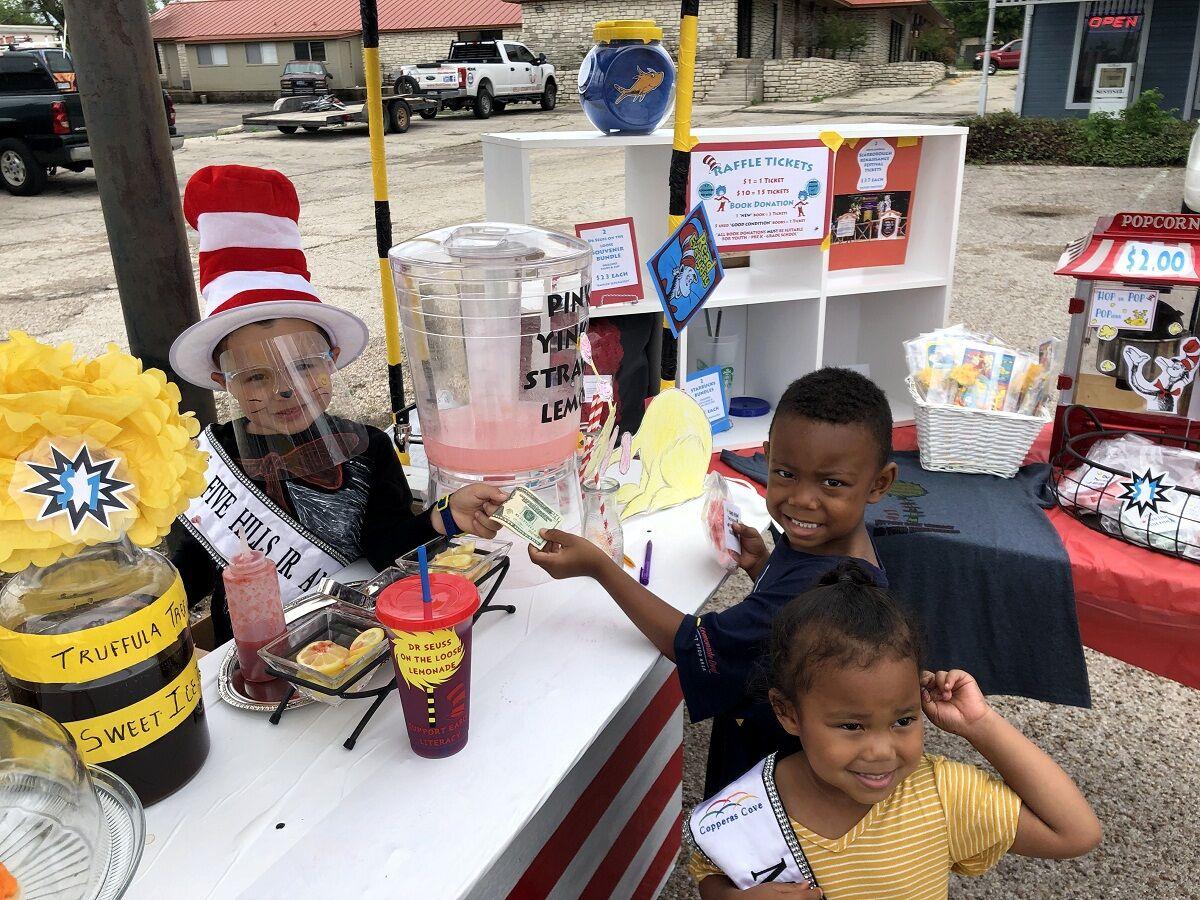 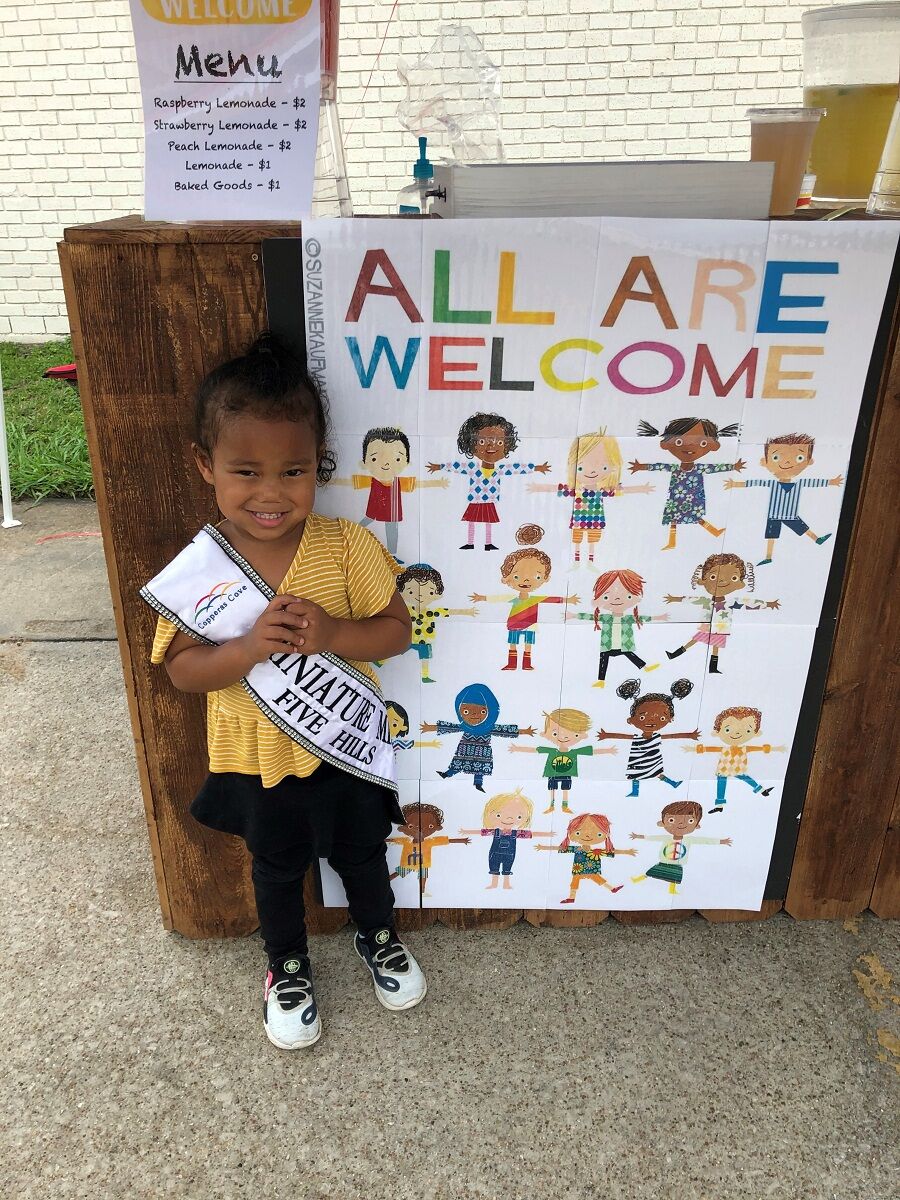 Miniature Miss Five Hills Haelyn Hendrix was all about cultural diversity and her theme was "All are Welcome Lemonade." Her stand was located in front of Bush’s Chicken in Copperas Cove. 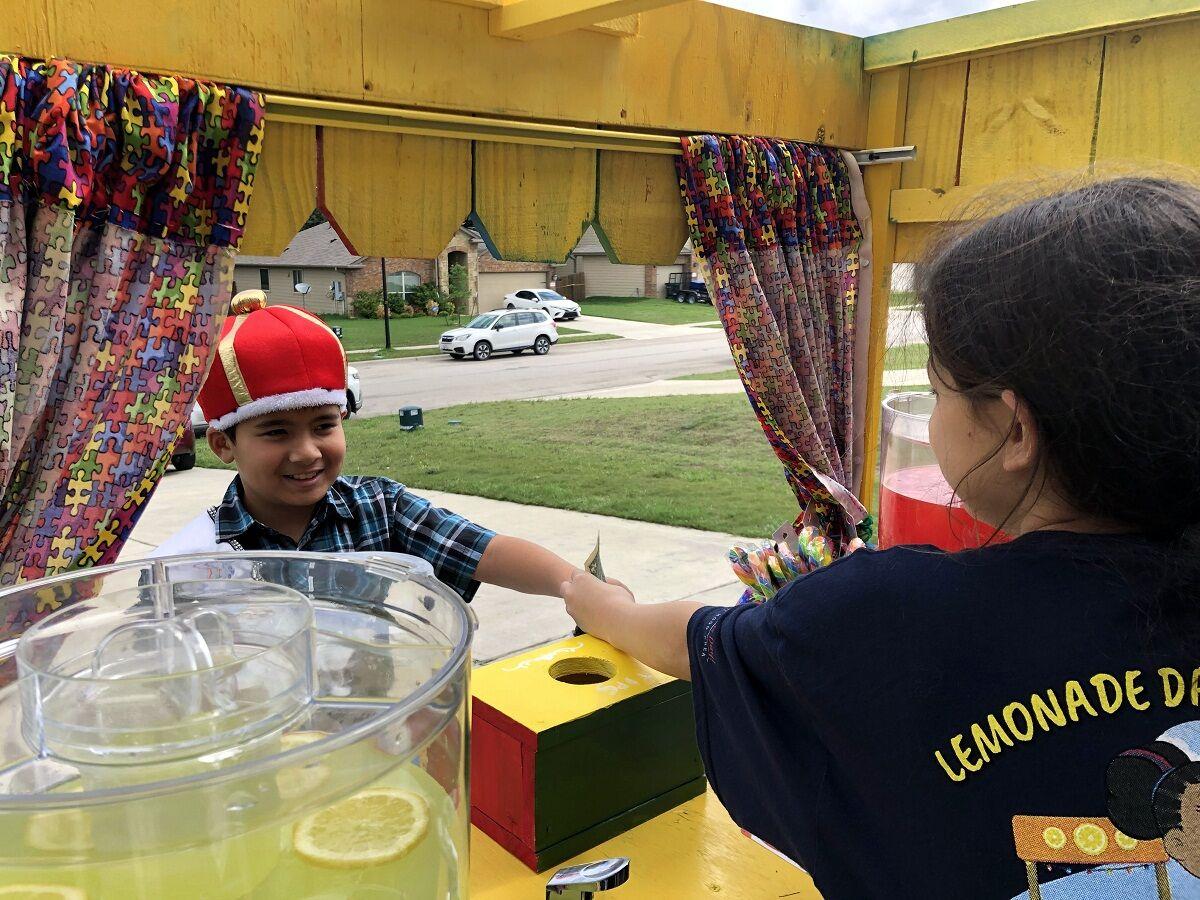 Miniature Miss Five Hills Haelyn Hendrix was all about cultural diversity and her theme was "All are Welcome Lemonade." Her stand was located in front of Bush’s Chicken in Copperas Cove.

Smiles were bright on the faces of kids in the local area, because Last weekend was Lemonade Day 2021.

This year, many kids in the Fort Hood area set up stands across Central Texas, all with a goal of raising money for charity and maybe a little for themselves.

It was an opportunity for them to learn how to be an entrepreneur and work hard at something that they will remember for the rest of their lives.

The 2021 Young Miss Five Hills Emily Kimball set her “Forget Me Not” Lemonade stand in front of Frames & Things at the Copperas Cove Terrace Shopping Center. She sold lemonade to raise money for Alzheimer’s and dementia research because her grandma was diagnosed with Alzheimer’s five years ago and a few years ago, she was put in a nursing home.

“We can’t see her in person due to the pandemic, but when we try to talk to her on the phone she no longer remembers us,” Kimball said.

Miniature Miss Five Hills Haelyn Hendrix was all about cultural diversity and her theme was “All are Welcome Lemonade.” She set up shop in front of Bush’s Chicken on Highway 190 in Copperas Cove.

She raised money for Cultural Diversity Children’s Books and will donate them to the Free Little Libraries in Copperas Cove.

Young Maddox Tobias is the current Five Hills Junior Ambassador. He decided to create his lemonade stand and theme around Dr. Seuss, the beloved children’s author. The title of his stand was “Dr. Seuss on the Loose Lemonade.”

With his stand, he wanted to raise money for his platform, fostering hope, which gives books to children who are in foster care.

Last year, as Miniature Mister Five Hills, Tobias’ platform was the Free Little Libraries, which he helped maintain by stocking them regularly.

“I decided to call my stand Dr. Seuss on the Loose Lemonade stand because I really love him and his books, and my favorite book is ‘One Fish, Two Fish, Red Fish, Blue Fish,’” he said. “I opened this stand so that I could raise money to give to other people.”

Hayley Sawyer served as the 2020 Copperas Cove Five Hills Junior Ambassador. She set up her stand in front of Walgreens in Copperas Cove; she has been there for the last few years for Lemonade Day weekend. This year, her theme was “Ocean’s Bounty Lemonade, High Seas for Heroes”.

As in past years when she was a member of the Five Hills Royalty, she raised money for Operation Stand Down-Central Texas, a nonprofit organization that helps homeless veterans.

“I want to be able to help veterans get back to their families, have a home and have food to eat,” she said.

Lemonade Day is a tradition, 12 years running in the Central Texas area. Kids learn from each other, help each other, and raise money for various causes.

Normally held the first weekend in May, however Lemonade Day last year was delayed to late July due to the coronavirus pandemic.