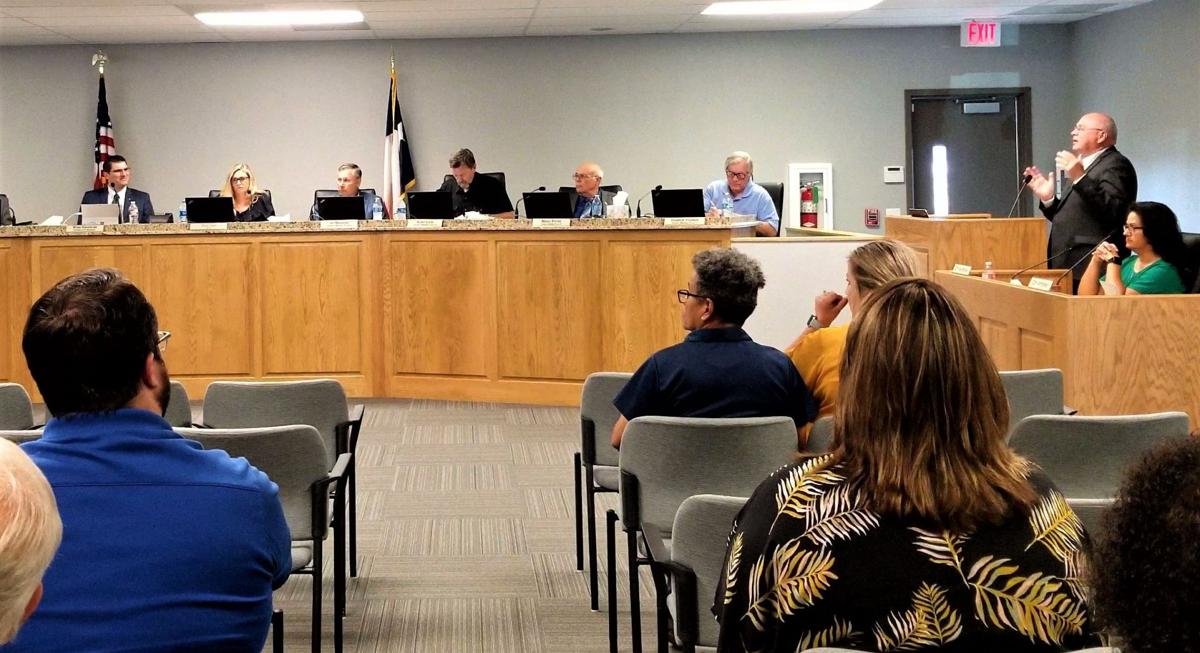 COPPERAS COVE - The Copperas Cove City Council voted for the first time on the proposed tax rate for the next budget cycle and decided to take it down a notch..

Three tax rates had been proposed by Interim Budget Director Ariana Beckman during a Tuesday special workshop, and Beckman reiterated those options during Thursday’s special meeting of the council.

The city’s proposed tax rate of 79.79 cents for each $100 of assessed property value would simply hold over last year’s tax rate and result in an increase in revenue of $141,721.

The effective tax rate, a calculation that would hold the city’s revenue at about the same level as last year, would be 77.36 cents for each $100 of assessed value. That would create a revenue deficit of $161,853.

The rollback tax rate, which is the maximum rate allowed by law without voter approval, was calculated at 82.84 cents per $100 of assessed value. That would add $523,915 to city revenue.

City Manager Ryan Haverlah emphasized again that the council was being presented with all three tax rates for their consideration and discussion leading up to Thursday evening’s vote.

He added that he had calculated some additional tax rates based on requests by city council members, and distributed a sheet to the members showing the impact of those tax rates. Those rates were not discussed during the meeting. But Haverlah said that, should the council adopt any of the lower tax rates, there would need to be a discussion of cutting some council priorities to compensate for a loss in revenue.

Councilman and Mayor Pro Tem Dan Yancey said the announcement Tuesday that the city’s health insurance premiums were going from a 5% increase to a 20% increase had somewhat “deflated the balloon” on the city’s budget picture. Still, Yancey proposed adopting a tax rate of 78.65 cents per $100 of assessed property value. He also proposed removing a one-time expense for tearing down the city’s old police station from the budget, saying it wasn’t an urgent need.

The combination of Yancey’s proposed rate and the removal of the police station demolition would hold city revenue to about $450 more than was collected last year.

Councilman Charlie Youngs found the proposal to be a good way to cut the tax rate while still maintaining most of the council’s priorities. Councilman Kirby Lack was concerned that reducing the tax rate might hurt the city in the future, since population growth would require growth in city services as well.

When the matter was put to a vote, the council was split 5-2, with Lack and Councilman Jay Manning voting against the proposal. The vote does not mean the city has adopted that tax rate. That vote will come Sept. 3, a date that was approved unanimously by the council last night.

The council also formally set the dates for two public hearings on the proposed tax rate. The hearings will be held Aug. 13 and Aug. 20. That vote was also unanimous

Following those two votes, the council heard from outside organizations seeking funding from the city for various activities and events.

The first four organizations requested money from the city’s general fund. The amount for such requests is set in the budget at $122,133, and the amount being requested was $122,122.

Presentations were made by the Boys & Girls Club of Copperas Cove, Hill Country Community Action Agency on behalf of Meals on Wheels, Hill Country Transit on behalf of The Hop bus service and the Noon Exchange Club for the annual Feast of Sharing.

City council members closely questioned requests by the Boys & Girls Club and Hill Country Transit. They also discussed moving funds from both those agencies to the Meals on Wheels program to help them expand their operation.

In the end, the council directed Haverlah and Beckman to accept the funding requests as submitted and to include them in the final budget.

The rest of the organizations making presentations were seeking money from the city’s Hotel Occupancy Tax Fund. That money is generally reserved for expenses relating to events that promote tourism and the arts in the community.

Before the presentations could begin, Haverlah noted that the Texas Hotel and Lodging Association had some concerns about some of the submissions requesting the funds. Haverlah gave the council the option of delaying the presentation of the remaining requests to a future date while those concerns were worked out, or continuing with the presentations scheduled for the evening.

Each group gave detailed presentations on the events they hoped to gain funding for, including the Art Fest at the Gap, Rabbit Fest, Krist Kindl and the Farmer’s Market.

Each group was thanked for their presentations, but ultimately the council issued no direction on their requests, choosing to wait until later in August to bring up the matter again.