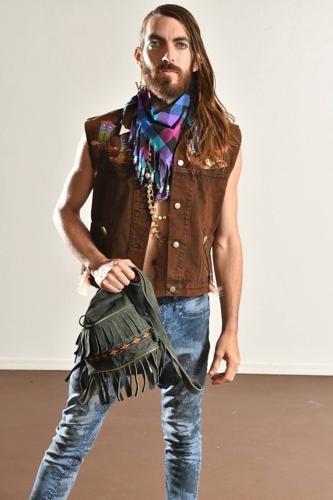 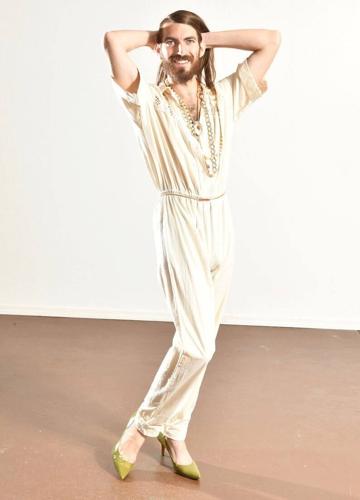 KEMPNER — When Copperas Cove High School graduate Stephan Gaeth came back to Central Texas after attending college in Denton and working in San Antonio for a while, he saw a lack of opportunity for members of the local gay community to get to know each other.

So he started looking for ways to help more area “queer people” meet and socialize.

“I moved back here (two years ago) due to COVID, and I was out of money, so I became a waiter,” said Gaeth, a 31-year-old personal trainer, dance teacher and yoga instructor who was once a member of the Cove High Copperettes dance team. “I had never been a waiter before, and I noticed I was serving a lot of queer people — LGBTQIA (lesbian, gay, bisexual, transgender, queer (or questioning), intersex, and asexual) people — and we really didn’t have a way to connect.

“No one was doing any kind of (social) events around here, and I was surprised because there’s actually quite a lot of us out here. So I made a Facebook group, which is Queer Central Texas, and that’s just a place where people can post articles, stories ... a lot of the drag performers post their flyers there. It’s more for making a connection and to get discussions going online.

“Then, when June rolled around last year, I said, ‘Well, it’s Pride Month. Why don’t we all physically try to get together and do something?’”

Pride Month is recognized each year as a nationwide tribute to those who were involved in the Stonewall Riots in New York City on June 28, 1969. Members of the gay community rioted after a police raid at the Stonewall Inn in Greenwich Village turned violent. The riots are considered a crossroads event that transformed the gay liberation movement and the fight for gay rights.

That initial 2021 get-together that started as a small movie-watching party was a somewhat surprising success, Gaeth said, and Saturday he and members of the Central Texas Pride Community Center are celebrating again by hosting The Greatest Little Pride in Texas show at his Wild Meadows Arts Collective at 3034 FM 2313 in Kempner.

“I’m feeling really good about everything,” Gaeth said. “We’re kind of new, so we’re still building the foundations of the organization. We are on private property right now – my family’s land. My mother had a 10-year-old barn that was filled with junk. So we cleared it out, and it’s now my dance studio.

“I think next year, we’re going to have to move to, like, a city park. And that scares us a little bit because we are one of the only Prides that is not associated with a city council or a chamber of commerce or some kind of more official city organization.

“If we have to move it (the Pride celebration) next year, we have to try and get permission from either Copperas Cove or Lampasas, or even try to go to Killeen, but I don’t know which of those three cities would be most accepting. It could be a challenge.

“But we are determined. Temple is doing their first Pride very soon, and so we will be helping them out with that. We’re trying to establish a whole network of small-town Pride community centers.”

Along with planning Saturday’s event, Gaeth has been busy choreographing and directing the show, “Newsies,” at Central Texas Theater in Killeen, formerly known as Vive Les Arts. This is his third show to choreograph this season, and he also teaches dance and improvisation workshops there, along with private classes at his Kempner studio.

Saturday’s celebration is scheduled from 6 to 10 p.m. Festivities are to include a parade, cabaret show, drag performers, poets, singers, belly dancers, food vendors, and more. Admission is by donation.