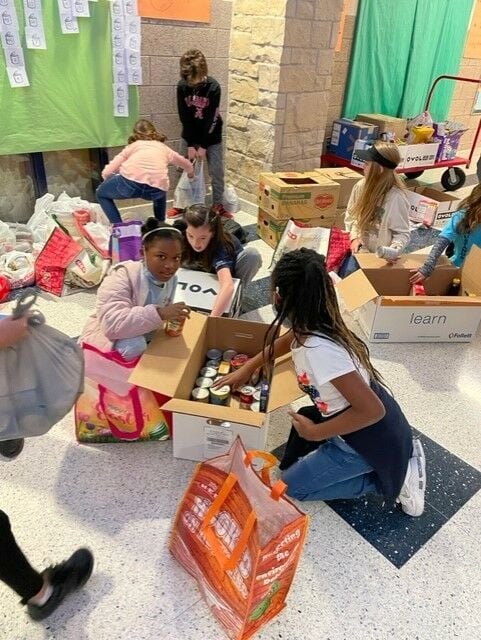 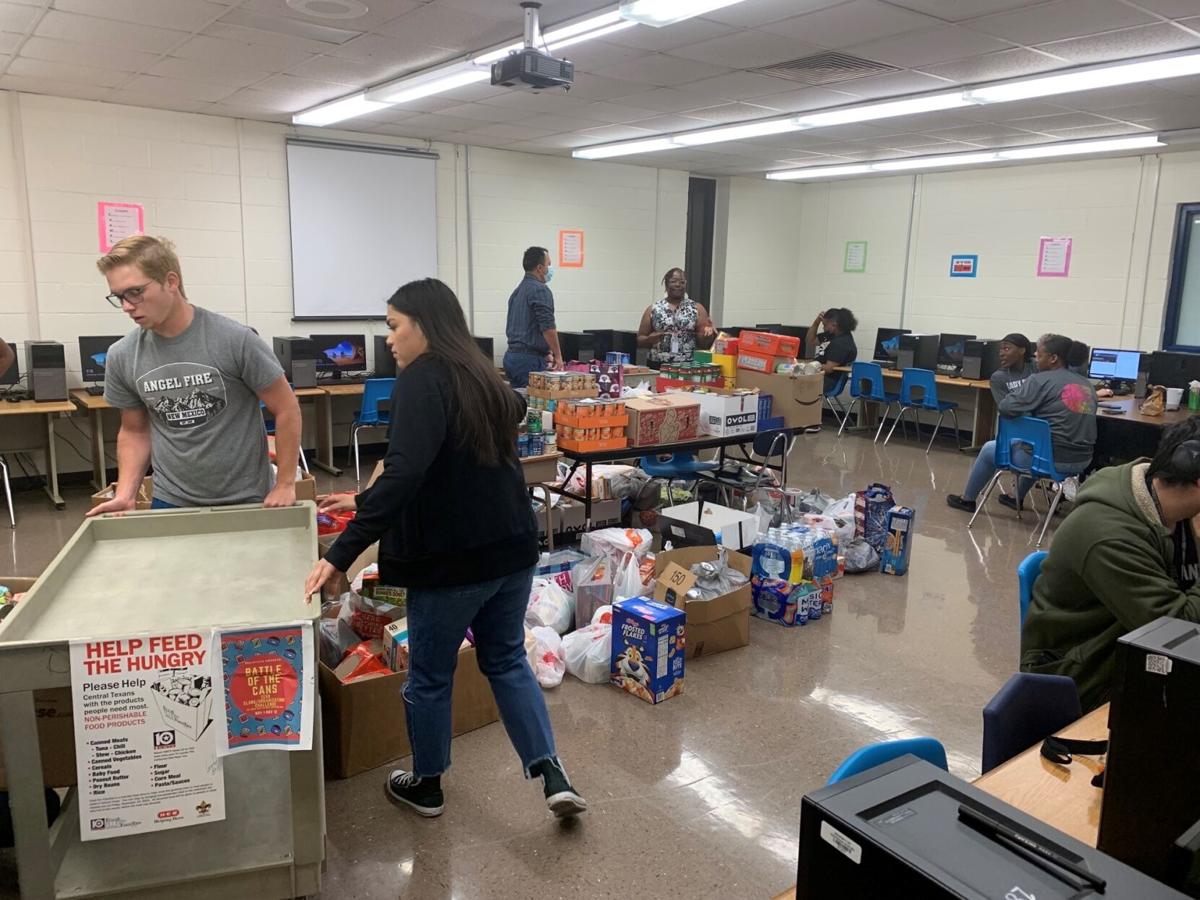 The Copperas Cove High School Black Student Union challenged clubs and organizations in the 2nd Annual Battle of the Cans to donate food items for Food for Families. The school collected more than 2,800 items, weighing 1,565. 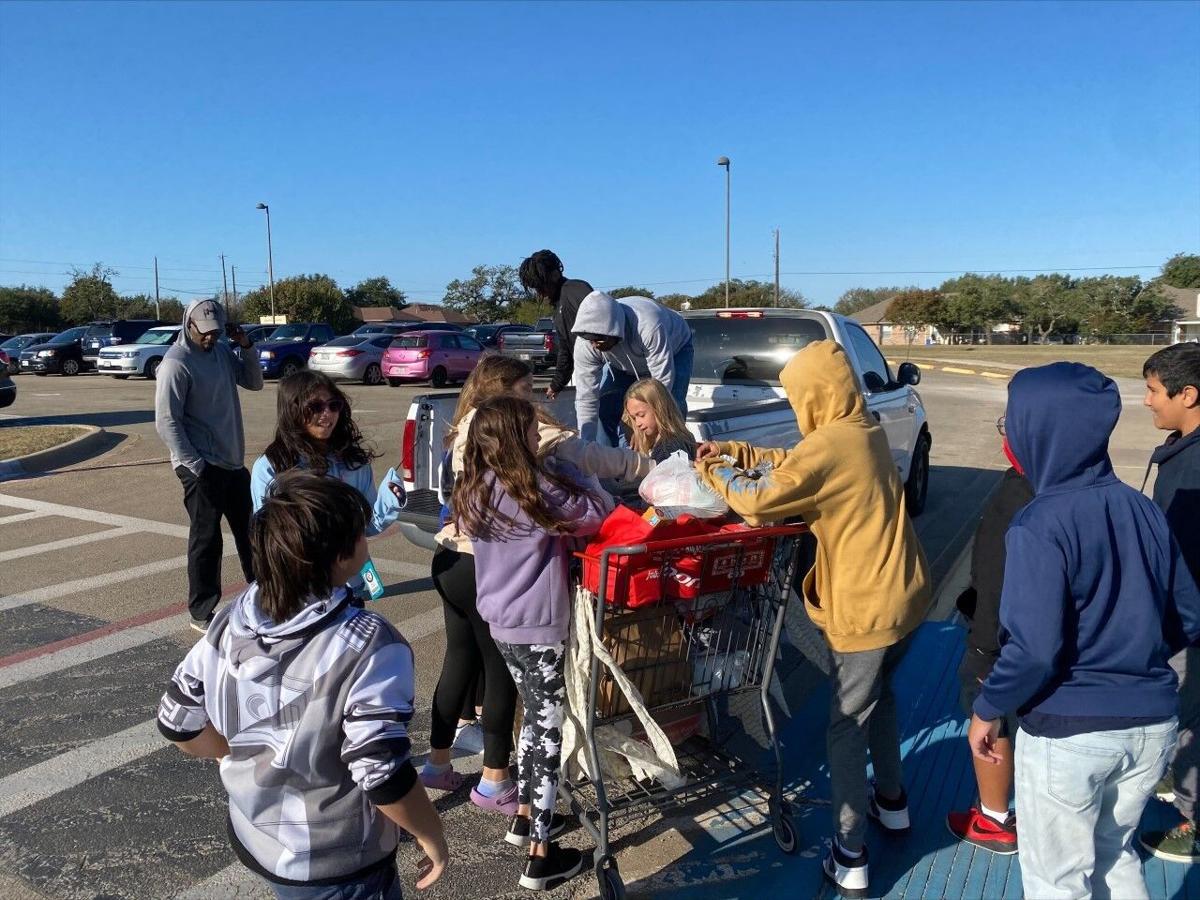 Clements/Parsons Elementary Student 2 Student members load the Food for Families truck with 667 pounds of food donated by students and staff.

The Copperas Cove High School Black Student Union challenged clubs and organizations in the 2nd Annual Battle of the Cans to donate food items for Food for Families. The school collected more than 2,800 items, weighing 1,565.

Clements/Parsons Elementary Student 2 Student members load the Food for Families truck with 667 pounds of food donated by students and staff.

House Creek fourth grader Addison Clawson counted each dollar bill and sorted the change as she counted money that she saved from birthday and Christmas presents. This year, she was paying it forward with a gift that will be life-changing to those who receive it. Addison used her money to buy food to give to the annual Food for Families Food Drive.

“I believe that you should always be thankful,” said the preteen who is mature beyond her years. “If I needed food, I would want someone to donate to me too.”

Addison purchased 188 items with her savings, adding to House Creek Elementary’s total of 2,100 items that are being distributed to families in need this week. The school wins awards year after year for food collected and this year was no exception as students and staff contributed more than 5,000 pounds of food again as one of CCISD’s largest elementary schools.

All Copperas Cove ISD schools conducted food drives to support the annual Food for Families event that takes place at H-E-B stores across Texas the week prior to Thanksgiving. Hettie Halstead Elementary Student Council headed up the collection drive at its school collecting 110 pounds of food.

Williams/Ledger Elementary student council members headed up the collection drive at their school, gathering 1,678 items as one of the district’s largest elementary schools.

Fairview/Miss Jewell Elementary, one of the smaller schools in the district, donated 412 pounds of food. Elementary Student 2 Student members oversaw picking up goods, weighing, sorting and packing everything for the collection drive.

S2S member Hunter Doyle helped load the items on to the truck.

“I help with the food drive because it helps feed the hungry and those who can’t afford food,” the fourth grader said. “It makes me feel good knowing that I am helping those in need.”

Clements/Parsons Elementary collected 667 pounds of food. S2S member Austin Spicer said it was “really cool” to see how much food was donated.

“When we were gathering it up, I didn’t realize that the school collected this much all together,” the fifth grader said. “I like that everyone gave a little and it ended up being so much. I think we are going to feed a lot of families.”

“I am charged to bring awareness to the issues within minority communities and promote service projects to combat disparities,” said BSU President Niya Thompson. “It is extremely important to give back to our students in need as well as the community.”

The Pride of Cove Band won the traveling Bulldawg Trophy for bringing in the most items.

Even CCISD’s youngest learners got involved in the drive with Pre-K students at Mae Stevens Early Learning Academy collecting 675 pounds of food.

With the collections of CCISD’s schools combined, the district raised more than 15,000 pounds of food for the Food for Families event. The donations support local food pantries.