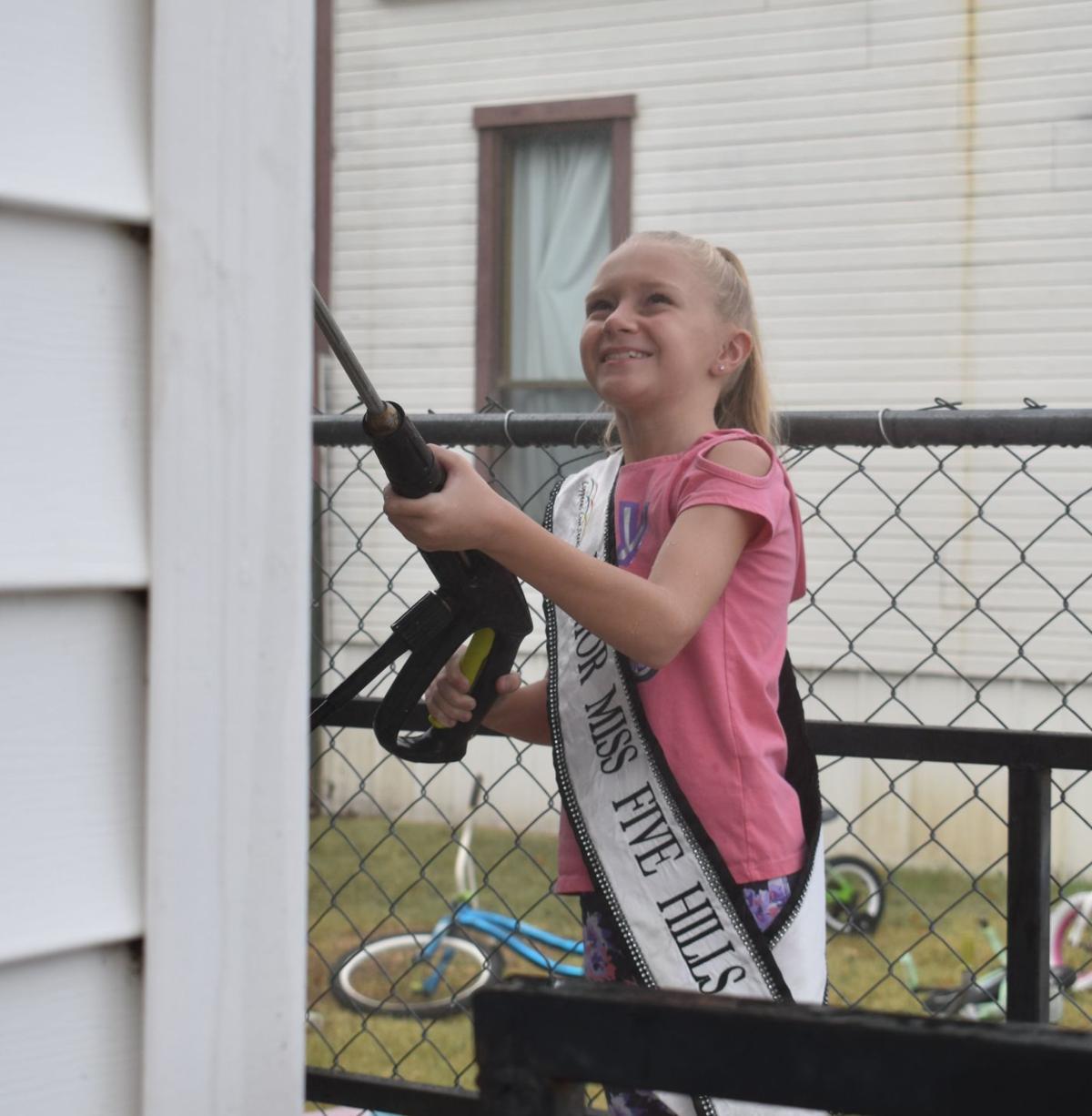 Junior Miss Five Hills Hayley Sawyer power washes one of the buildings housing the homeless at Cove House. Sawyer’s platform of service is helping the homeless. 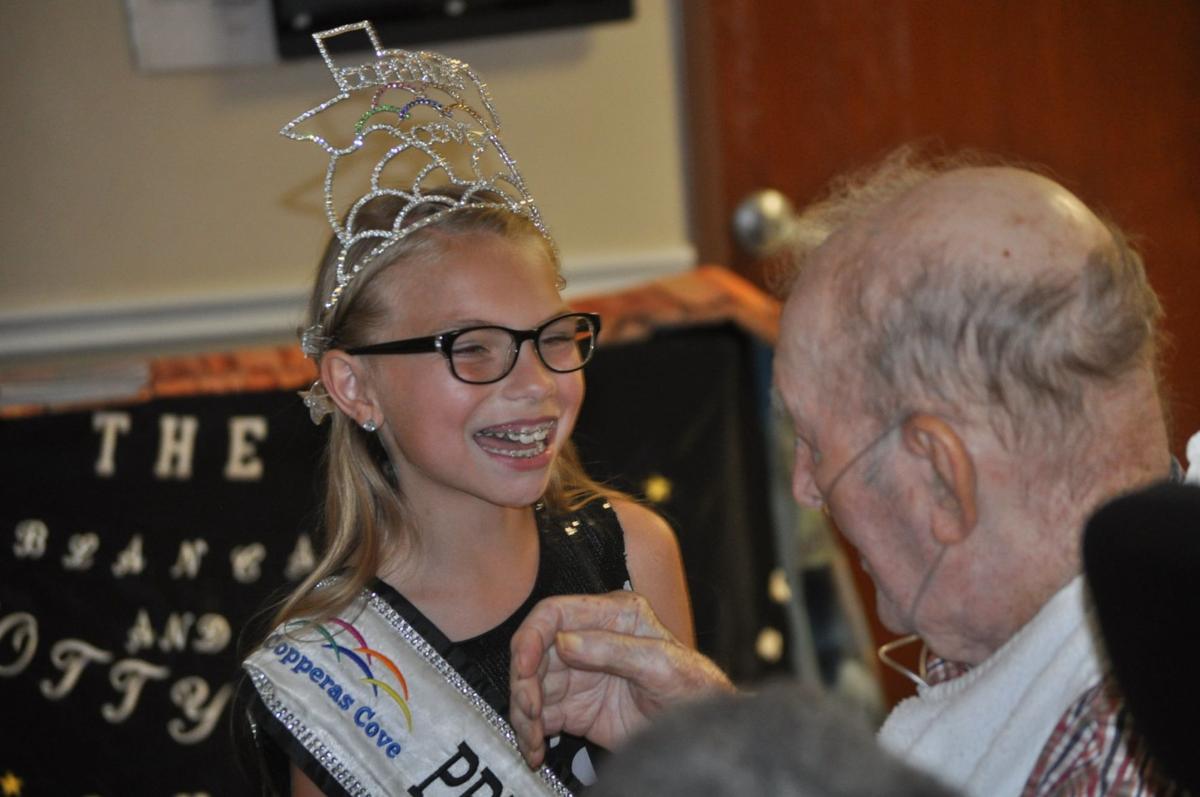 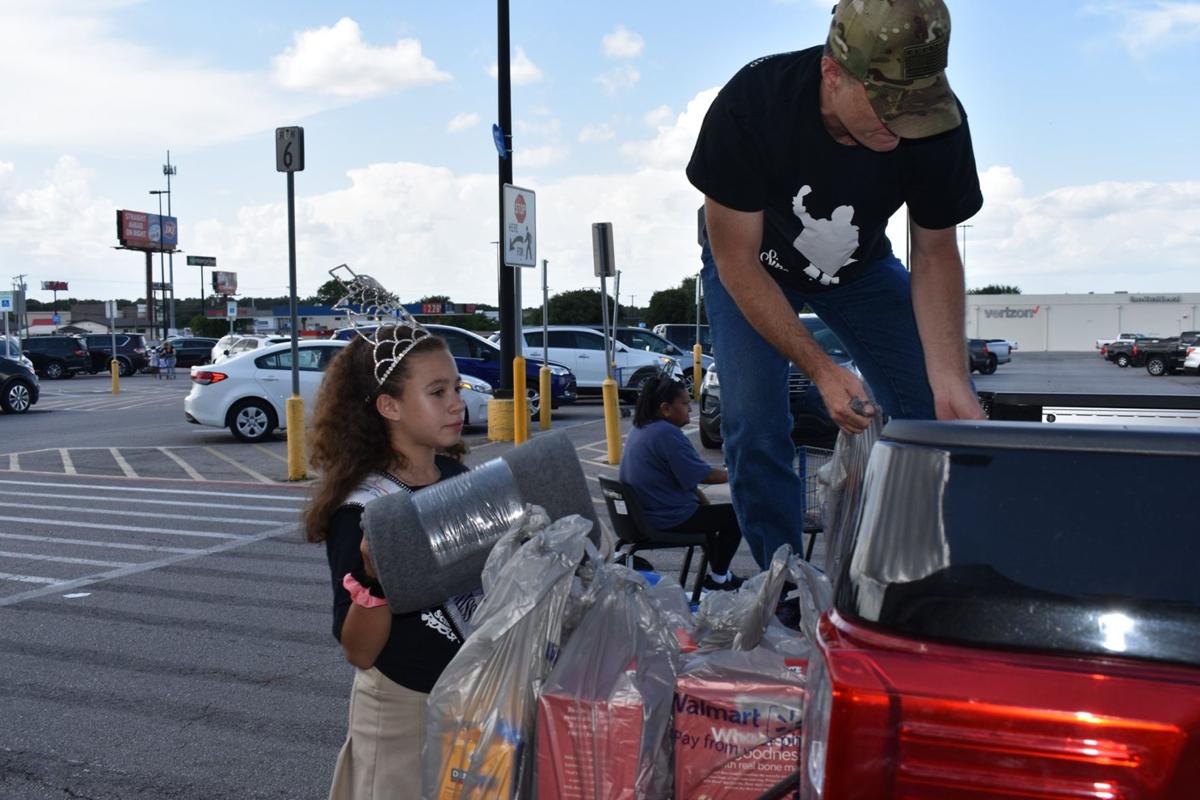 pet food she collected with the Five Hills royalty into the back of a truck for deployed military working dogs.

Junior Miss Five Hills Hayley Sawyer power washes one of the buildings housing the homeless at Cove House. Sawyer’s platform of service is helping the homeless.

pet food she collected with the Five Hills royalty into the back of a truck for deployed military working dogs.

Five Hills Ambassador Briana Liles has amassed more than 1,500 hours of service through the Miss Five Hills Program having served as last year’s pre-teen queen after two unsuccessful attempts to capture the crown.

“I am sad to realize my reign is already half way over, but I feel confident in knowing how much I have grown and accomplished since being crowned,” Liles said. “The most memorable thing for me so far this year is being able to serve at the nursing home and getting to spend time with the elderly and show them some love. I’ve gotten to know some of them really well and spend a little extra time with them outside of our time there as a whole group. That makes my heart happy.”

Serving as a city titleholder is a goal Young Miss Five Hills Angelica Torres literally worked toward for years having placed first runner-up in the pageant for three consecutive times before winning the crown.

“Being 1st runner-up so many times showed me the value my time now as Young Miss Five Hills and I work to take advantage of every opportunity to serve,” Torres said. “One of my favorite events is volunteering with the Special Olympics. I also enjoy speaking to different organizations about my platform, Heart Health, sharing my story, and hopefully encouraging people to be more proactive with their health.”

Serving this year as Junior Miss Five Hills after being a runner-up last year has been even more rewarding for Hayley Sawyer.

“Knowing that being committed to something I really felt like I needed to do and trying again made my dream a reality,” Sawyer said. “The most rewarding experiences so far this year have been painting the fence at the Copperas Cove Soup Kitchen and painting and power washing the buildings at Cove House. It’s really amazing to know that all we do makes a difference and its right here at home in Copperas Cove.”

Preteen Miss Five Hills Kaydence Roberts has held two titles previously with the pageant. But, she is still honored and having so much fun representing the City of Coppers Cove.

“Every weekend, we get to do things like, parades, picking up trash, spending time with seniors citizens, helping the homeless, painting fences, collecting food, and, my favorite, helping animals,” Roberts said. “I enjoy helping each of my royal family members with their platforms as it teaches me about the many things they are passionate about. I am also thankful for all their help and support to reach my goals with my platform, Kindness to Animals.”

Sr. Ms. Five Hills Donna Odom captured the crown on her first attempt. She has many memories that come flooding back when she thinks of the last six months.

“I loved being part of National Vietnam Veterans Day and being with my husband when he received his pin for military service,” Higgins said. “But, the feeling of being a team above all is the best. Royalty of all ages coming together to support our service projects and working as a team. You would think, being the grandma of the group because of age difference, would make a difference. But when we are all working for the same goal, there is no difference at all.”