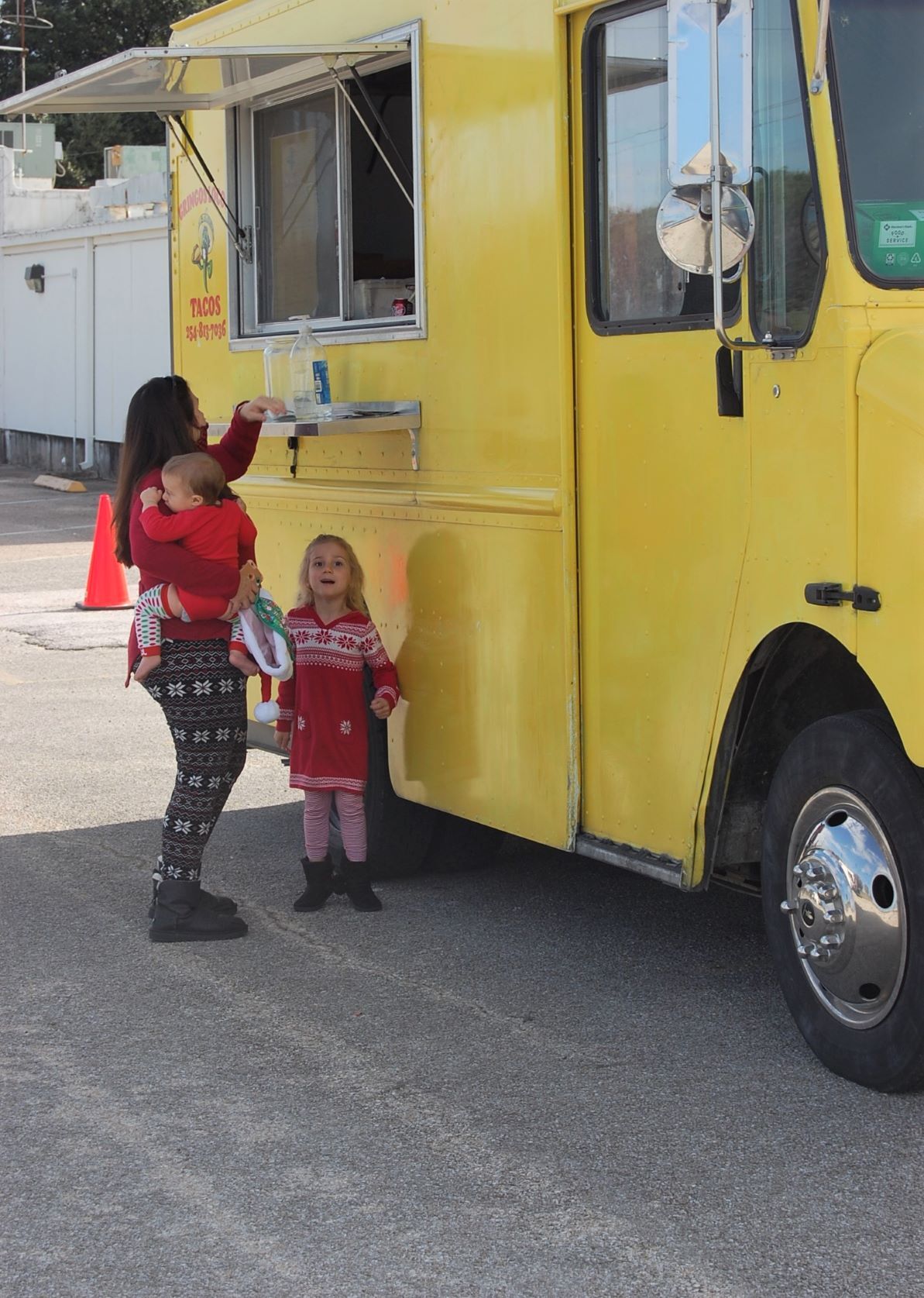 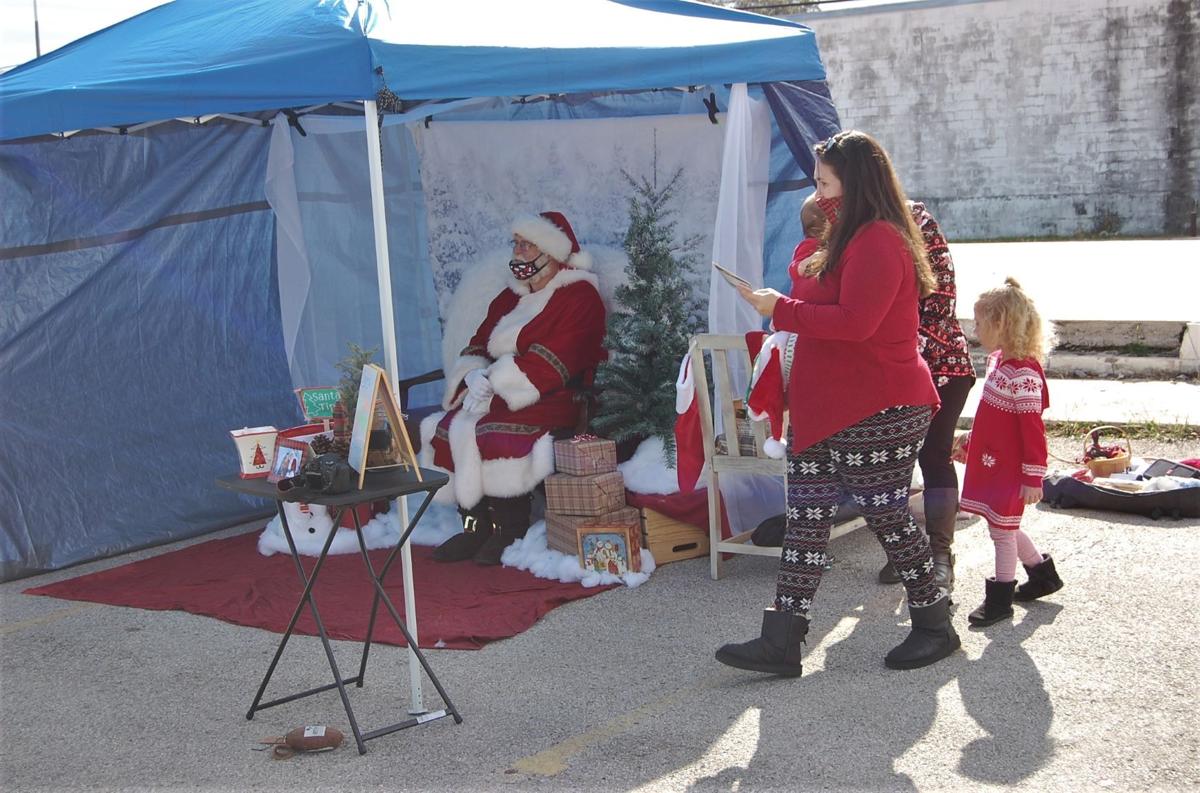 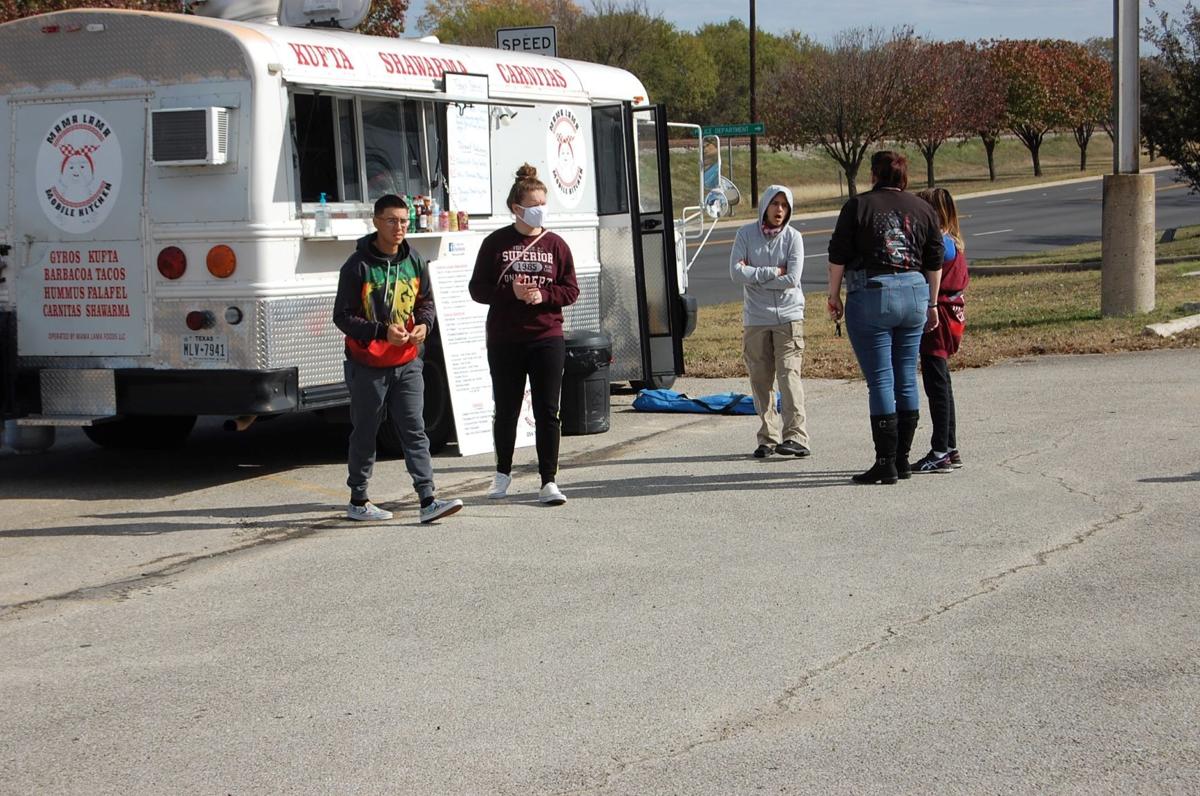 Pop up food trucks Mama Lama Food Kitchen, Gringos Locos Tacos and The Reef Food Truck, set up shop in a vacant lot on South Second Street, near Avenue D, to provide savory dishes, and an opportunity for children to meet Santa on Saturday.

“We’re having a food truck pop-up, which is probably our fourth one in Copperas Cove,” Jericho said. “We’re just bringing a couple of trucks, we have Santa out here, and just trying to enjoy the weather while we can.”

Jericho said he has been doing these food truck events since the end of July, and had started having them every weekend, but everything began to get scaled back because of the coronavirus pandemic.

“Everything began getting canceled throughout the spring, so we got together with some of the food trucks here in Copperas Cove and tried to figure out something to do, and just give something to the community for them to enjoy,” Jericho said. “The last few ones turned out pretty well, and we hope it continues today and into the future.”

Jericho said the plan is to have these food truck events every month at the same location, and that the community has been very welcoming.

“It’s been very overwhelming — positively overwhelming,” Jericho said. “I think the residents have received it very well, and I’m just happy to get that positive feedback from the community.”

Jericho began operating his food truck in October of 2019, when he found out his job was going to be closing. He has since been running the truck as his full-time employment. He reached out to other food truck vendors to invite them to join.

“We open it up to anyone, as long as they have the permits to operate in Copperas Cove,” Jericho said. “Not just food trucks either, we’ve invited nonfood vendors, and there’s no charge to be a part of it.”

Copperas Cove resident Cassandra Wetherell, her 4-year-old daughter, Elise, and 7-month-old son, Jude, were at their first local food truck event, and came not only for the food trucks, but also for Santa.

“I have been wanting to try Mama Lama; I have tried Gringos Locos Tacos, and we love them,” Wetherell said. “But, I haven’t tried the Reef yet.”

Elise Wetherell spoke to Santa and said, “Santa said he wanted to surprise her” for Christmas this year, but she had her mind set on a new bike.

“A bike without training wheels because I can ride it already, but I can fall off too,” Elise Wetherell said.

Jericho’s message to the community is to just take advantage of the food truck gatherings.

“A lot of these guys are doing this full-time, and we will do our best to make this event a positive one, and more important a safe one for the people here,” Jericho said.