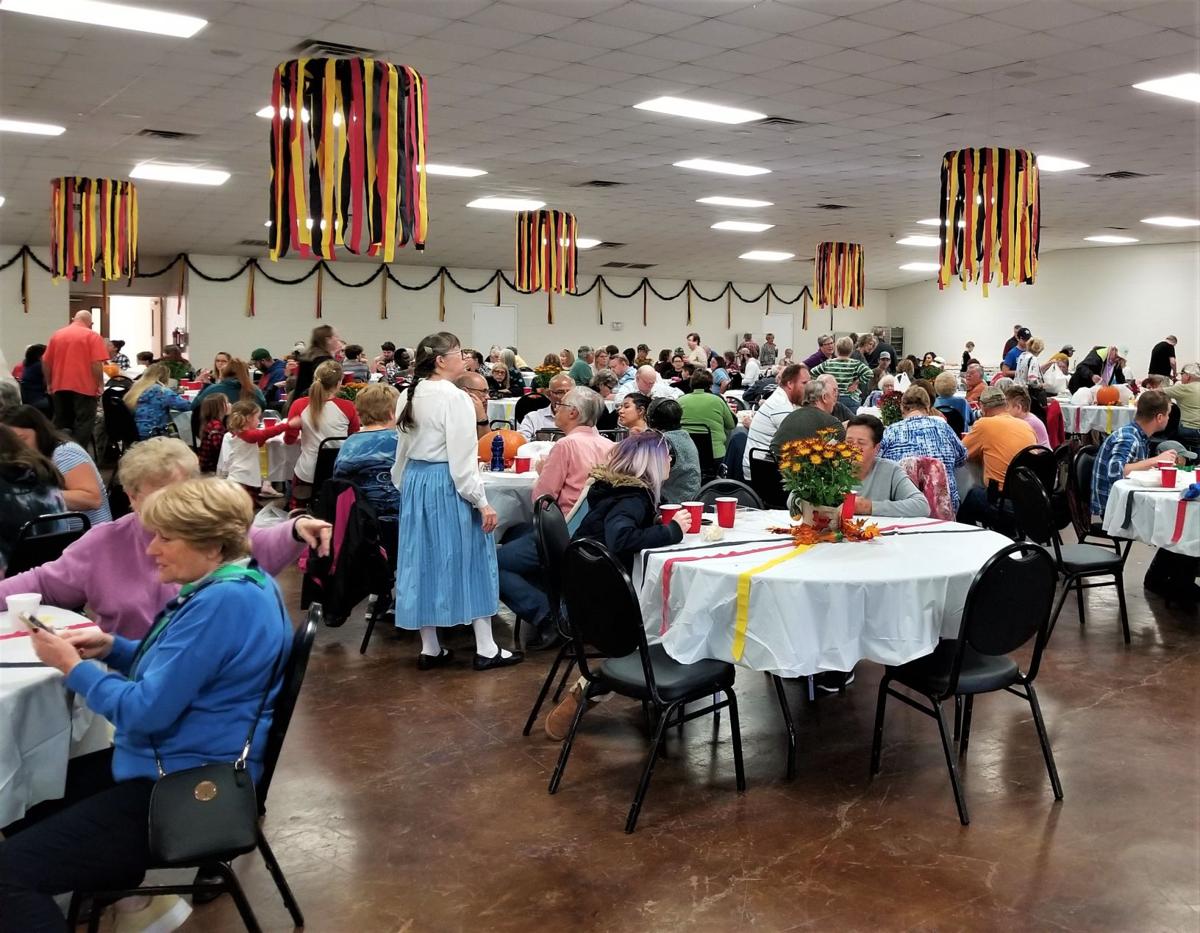 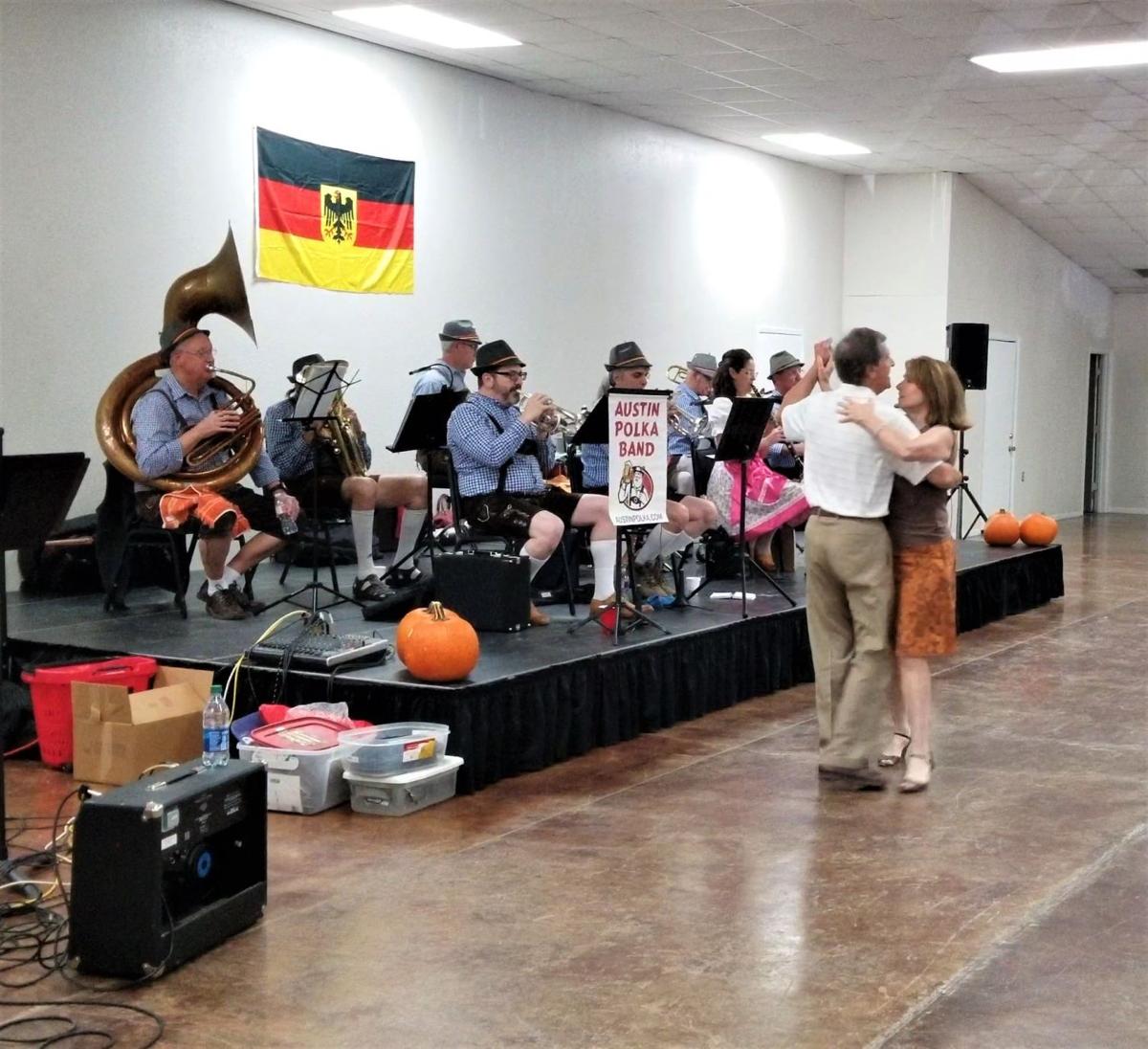 Sara and Ray Lenart take a spin around the dance floor as the Austin Polka Band plays behind them during Saturday’s German Sausage Fest at the Copperas Cove Civic Center. 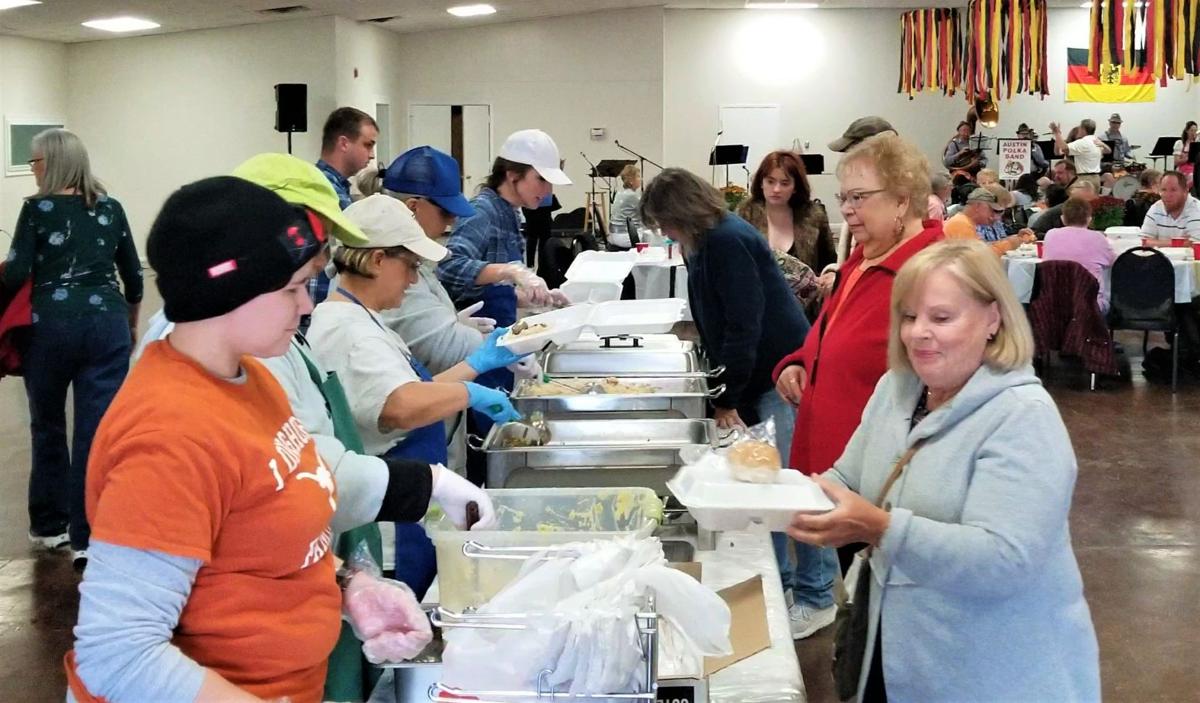 Sara and Ray Lenart take a spin around the dance floor as the Austin Polka Band plays behind them during Saturday’s German Sausage Fest at the Copperas Cove Civic Center.

COPPERAS COVE — Gordon Mickan spent Saturday making sure that 4,000 pounds of German sausage being boiled and grilled outside the Copperas Cove Civic Center was ready for the hungry people inside.

“We use what we call our secret ingredients,” Mickan said as he oversaw the cooking operation at Saturday’s German Sausage Fest at the civic center. “We get whole pork butts from a meat company in Waco, then we cut it up, season it, grind it and stuff it.”

Mickan and his helpers prepared the meat Thursday, then smoked it Friday. He was very confident there wouldn’t be any left over by the time the four-hour festival was over.

“We’ve sold out every year,” Mickan said. “Hopefully, we’ll be lucky enough to do the same this year.”

“It’s amazing,” Chavez said of the grilled and boiled sausage plates being served. “We come here every year. It’s all homemade...it’s epic, man. Can’t beat it.”

The Sausage Fest began in the 1950s as a Sunday barbecue fundraiser for Trinity Lutheran Church. As it grew in popularity, the church moved it to the civic center so it could hold all the people that came out to enjoy the authentic German sausage prepared each year. Those who wanted to grab some bulk sausage to cook later could swing by the church to pick up 2- and 5-pound bulk packages of the meat. By noon Saturday, most of the 5-pound packages had been sold and the 2-pound packages were starting to run low.

The money raised from the festival will be used to fund the Lutheran Laymen’s League and the Lutheran Women’s Missionary League. The groups provide financial support to several local and statewide charities as well as to the church’s building fund.