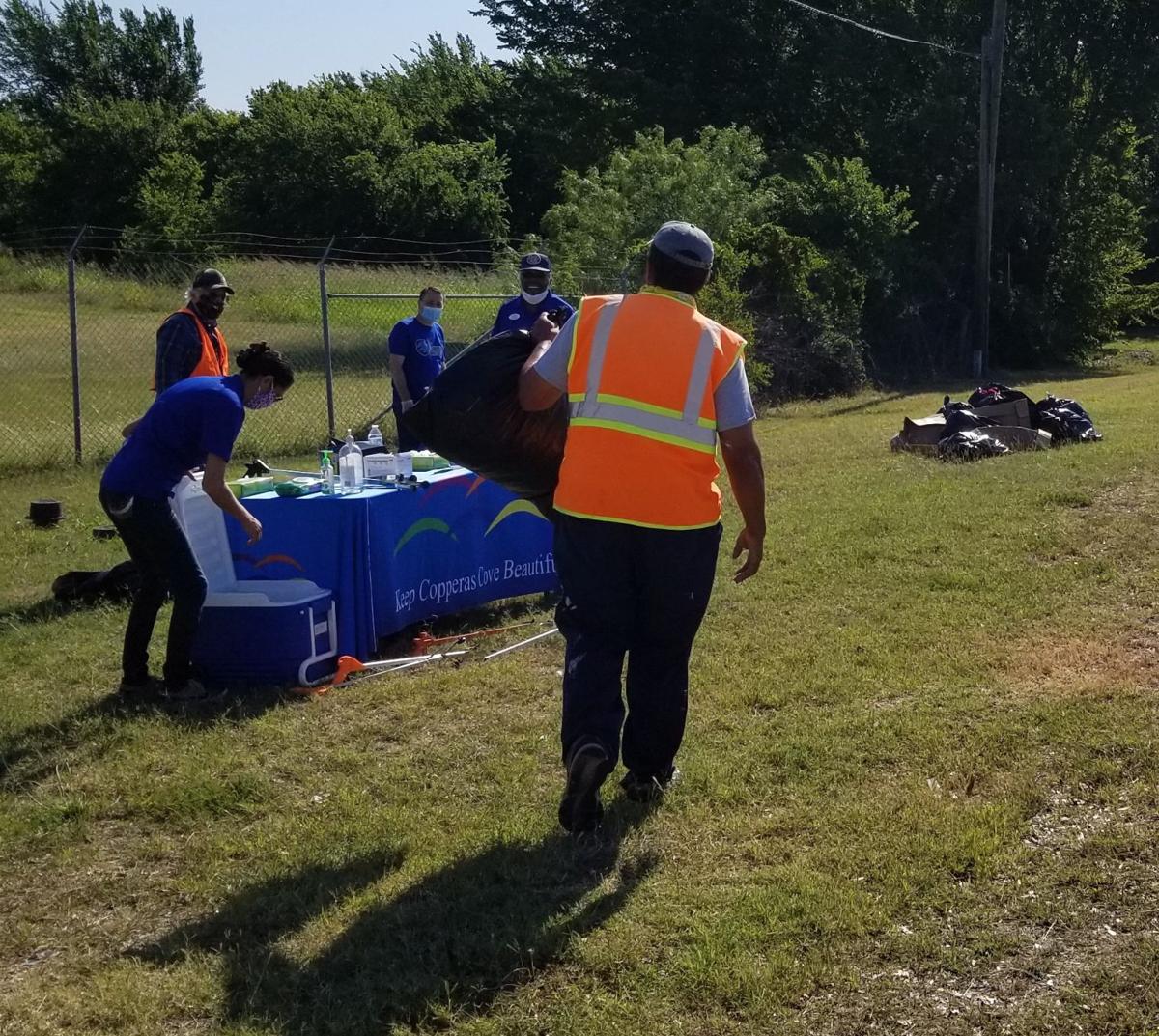 Volunteer Charles Wilson (back to the camera) adds another bag of trash to the growing pile along U.S. Business 190 near Walmart during the Keep Copperas Cove Beautiful Neighborhood and Roadway Cleanup on Saturday, June 13, 2020. 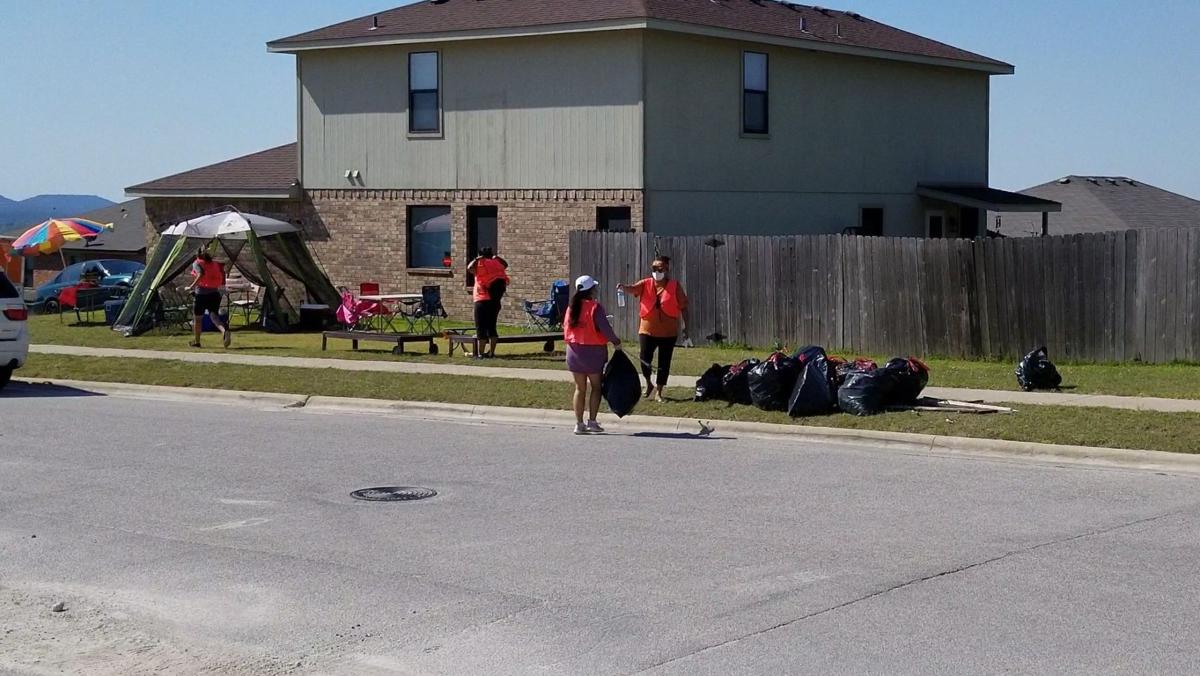 Another bag of trash is added to the pile near Marlee Court and Cline Drive during the Keep Copperas Cove Beautiful Neighborhood and Roadway Cleanup on Saturday, June 13, 2020.

Volunteer Charles Wilson (back to the camera) adds another bag of trash to the growing pile along U.S. Business 190 near Walmart during the Keep Copperas Cove Beautiful Neighborhood and Roadway Cleanup on Saturday, June 13, 2020.

Another bag of trash is added to the pile near Marlee Court and Cline Drive during the Keep Copperas Cove Beautiful Neighborhood and Roadway Cleanup on Saturday, June 13, 2020.

COPPERAS COVE — Charles Wilson gratefully accepted a bottle of cold water from a Keep Copperas Cove Beautiful volunteer Saturday after dropping off a bag of trash at a KCCB collection point on U.S. Business 190 across from the Walmart.

It was the third bag he’d collected that morning as part of the KCCB’s Neighborhood and Roadway Cleanup effort. Wilson was part of a team collecting trash in the drainage areas around the Walmart store and along the 190 corridor.

“We’re just trying to get the trash before it flows into the water system,” Wilson said. “The trash and debris comes off the back of trucks and vehicles...it’s something you want to do on a regular basis just to keep the debris from accumulating before it really becomes an eyesore.”

While KCCB regularly holds clean up events around the city, Saturday’s event was the first one held since the COVID-19 pandemic forced the cancellation of dozens of events in Copperas Cove. The “new normal” of life following the coronavirus emergency was reflected by volunteers wearing face masks in addition to their colorful safety vests and trash collection supplies.

“It’s been great,” said KCCB volunteer and Copperas Cove City Councilman Marc Payne said Saturday. “We went to four other locations...and they’re all very active. A lot of families out and having fun, the weather’s great, and we’re picking up a lot of trash from Cove.

“It’s a great chance to get together and visit, and still keep your social distancing and do something for the city.”

“We’ve had over 87 (people) pre-register and we have more showing up at sites,” Flores-Achmad said. “It’s just a great way that they’re making a difference.

“The one thing I’m super excited (about) is that a lot of our people that are actually cleaning up have never participated. They’re the ones (who’ve said) ‘Hey, I see you’ve done these big cleanups but I want to clean up my neighborhood,’ and then they’re able to see the impact because it’s something in their backyard.”

Flores-Achmad said volunteers would be dropping off trash at several collection points and that the city would be picking up the accumulated debris during the week. She said a similar event would likely be held again soon.

“I was telling our board that...this is something we can do. It’s our new normal, but finding new normals actually sometimes challenges us and it makes us reach an audience that maybe we weren’t reaching,” Flores-Achmad said.

KCCB planned track the total weight of the trash picked up at the various collection sites to use as a benchmark for future events.