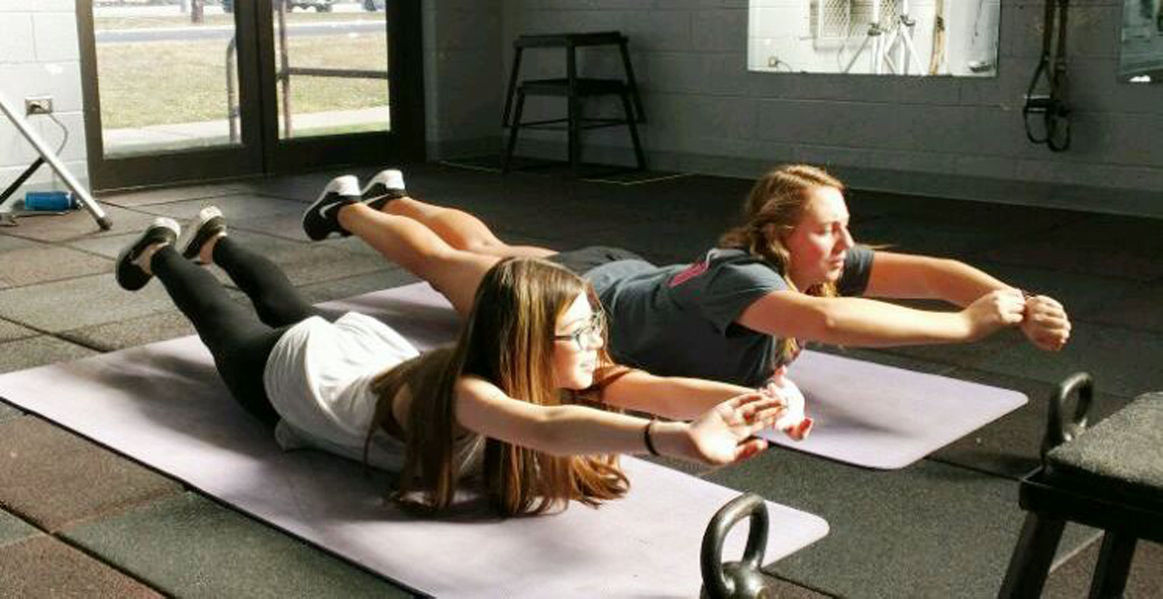 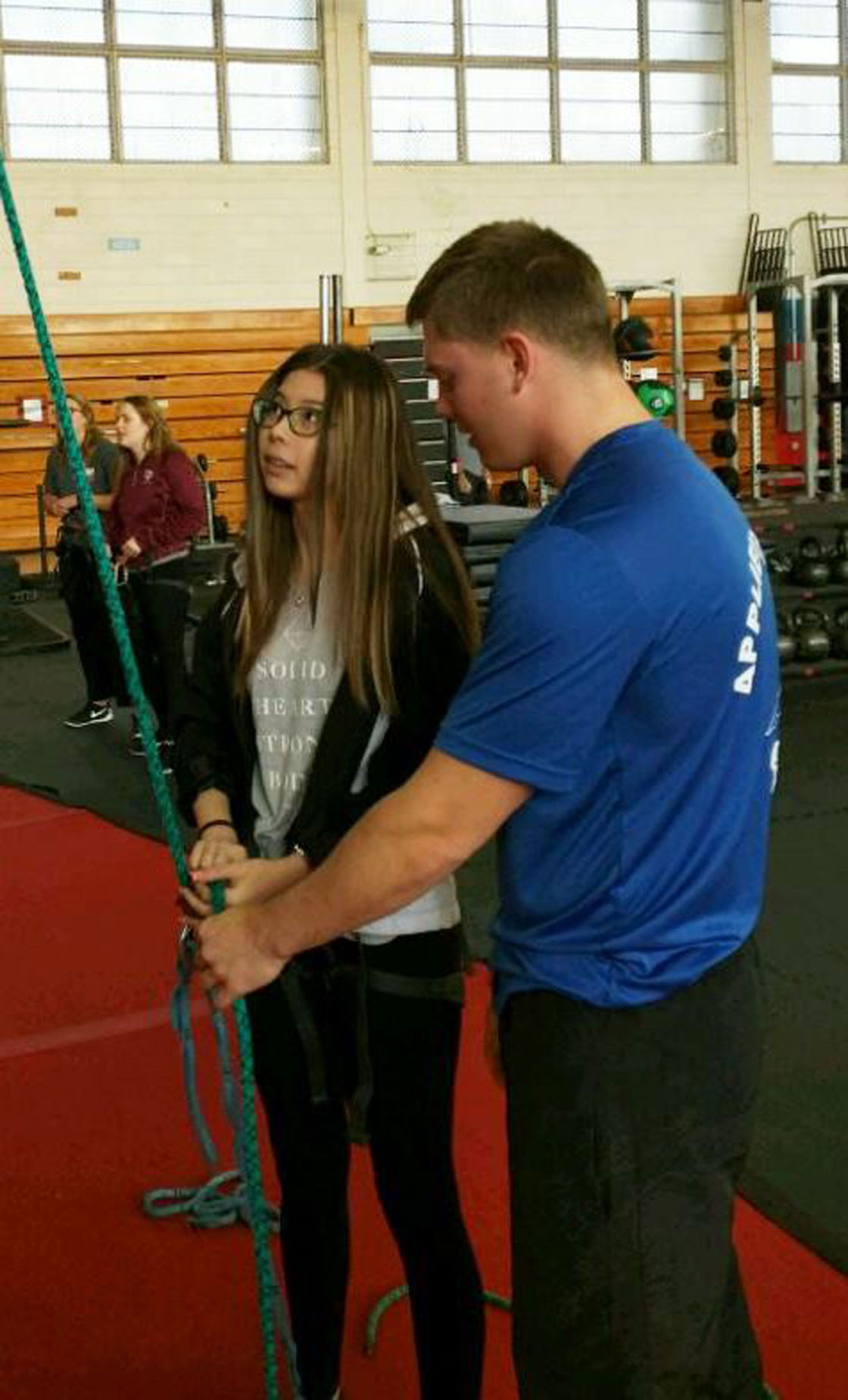 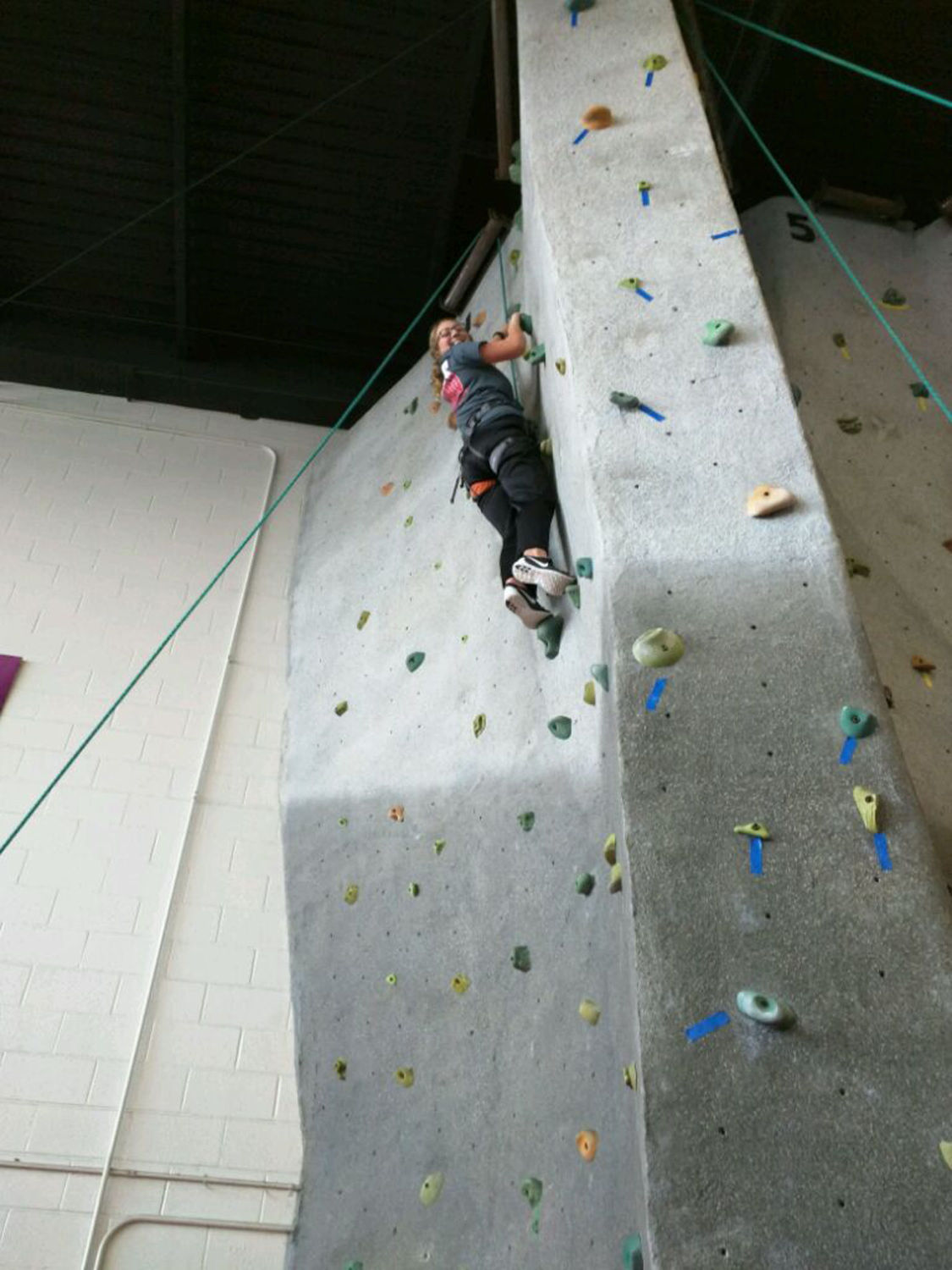 Michayla Medley, Copperas Cove High School freshman, overcomes obstacles put before her during the U.S. Army Child, Youth and School Services quarterly FRIENDS meeting on Fort Hood by making it to the top of a rock wall.

Michayla Medley, Copperas Cove High School freshman, overcomes obstacles put before her during the U.S. Army Child, Youth and School Services quarterly FRIENDS meeting on Fort Hood by making it to the top of a rock wall.

FORT HOOD — Michayla Medley’s legs shook as she reached for the next hand-hold on the 30-foot tower. Making it to the top of the rock wall wasn’t the only challenge she faced — the high school freshman was also new to Copperas Cove High School.

But as a military child, she has been forced to adapt.

Medley and nearly a dozen CCHS military students were invited to attend the U.S. Army Child, Youth and School Services quarterly meeting. The physical and mental challenges of the day were led by military personnel. The activities were designed to develop leadership skills of wisdom, knowledge, courage and forming relationships.

“We spread out when we were sitting down and other schools did the same so we could make new acquaintances,” Medley said, “My favorite part of the day was being able to work out inside the gym.”

Under the direct guidance of Fort Hood soldiers affiliated with the Resiliency Campus, students were challenged on a rock wall, obstacle course and other physically arduous activities.

Each exercise promoted both their physical and mental abilities. Students were also tasked with exercising their brains through multitasking activities and recalling memories of daily objects they have used, said Lacy Freeman, Department of Defense Education Activity Grant Director for Copperas Cove Independent School District.

“Students found it difficult to recall and draw a dollar bill from memory,” Freeman said. “During the multitasking activity, students also found they were not able to complete the entire challenge.”

The military youth were divided into teams of students from different schools to compete and develop bonds. CCHS senior Kara McVeigh most enjoyed learning about the nation’s heroes and their perseverance to succeed.

“Outside, we learned about four soldiers who received a Medal of Honor for sacrifices they made for our country,” McVeigh said after completing the outdoor physical activities. “We were encouraged to keep pushing ourselves to finish.”

The students bring back their knowledge from the quarterly meeting to their fellow students to encourage and motivate peers during activities held at Cove High.