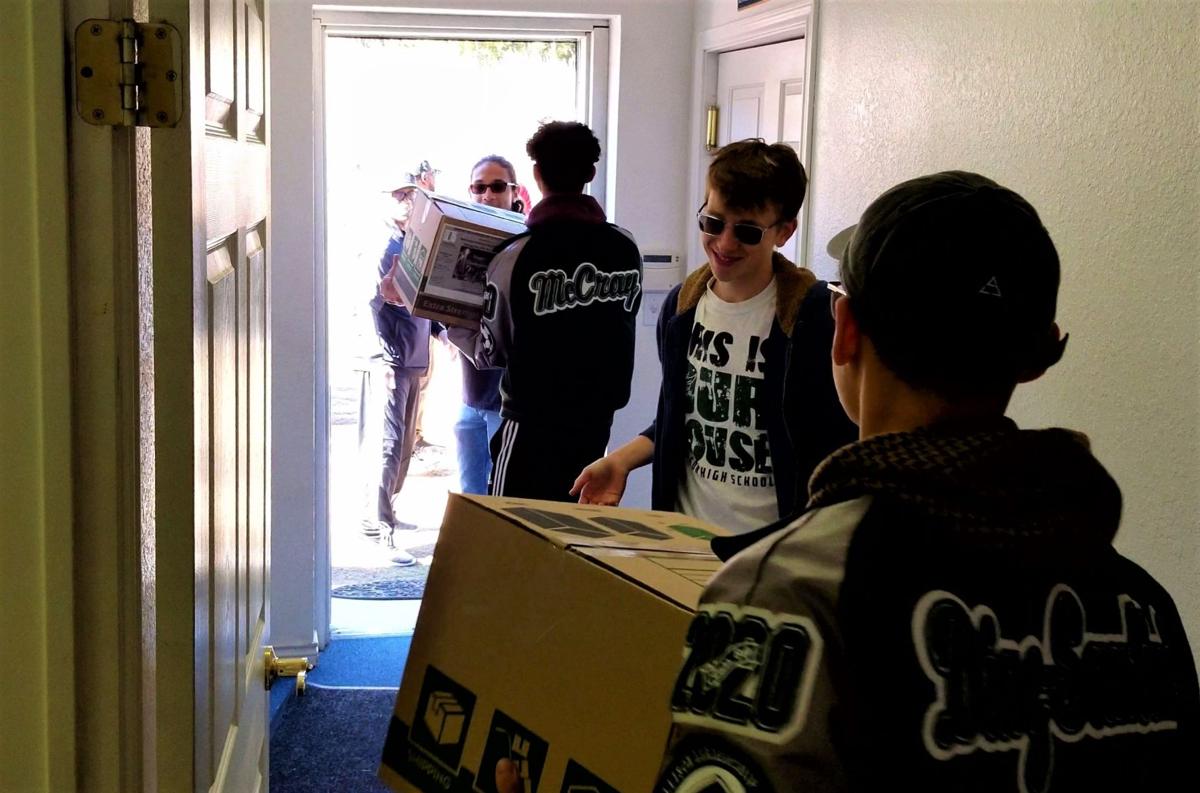 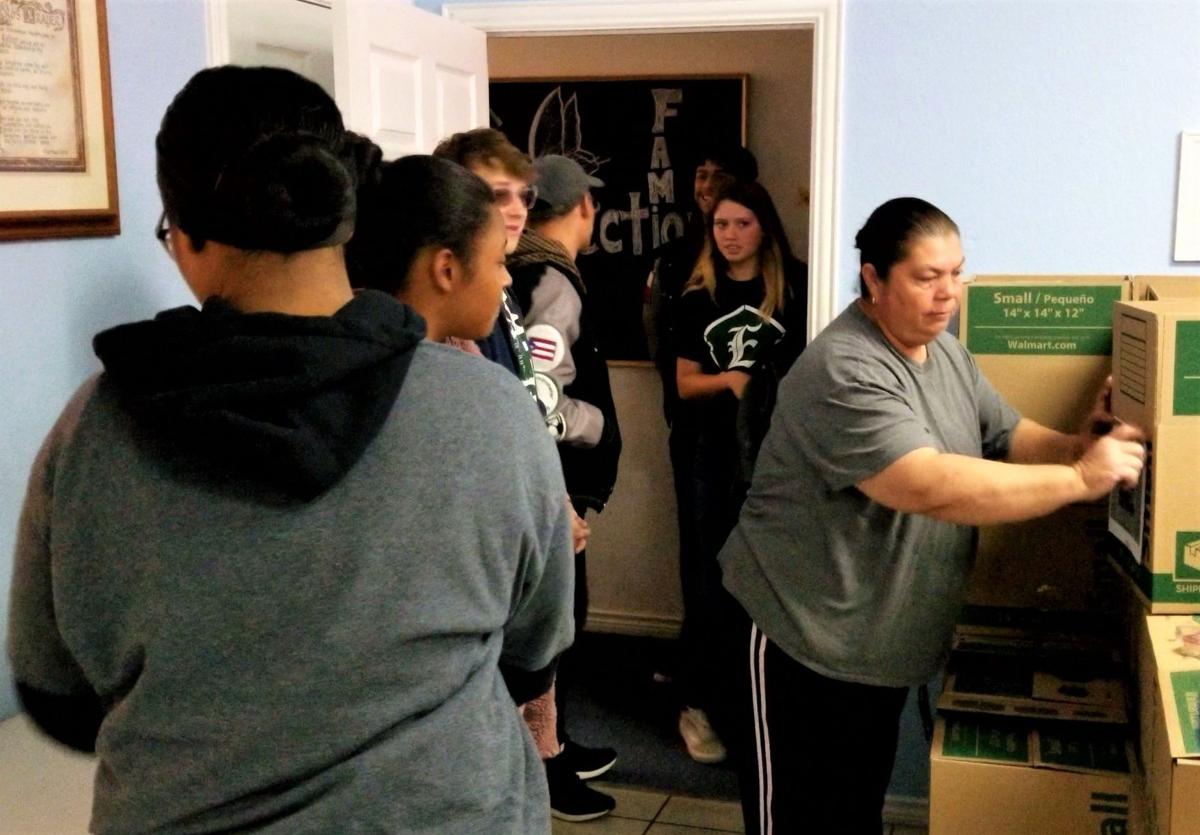 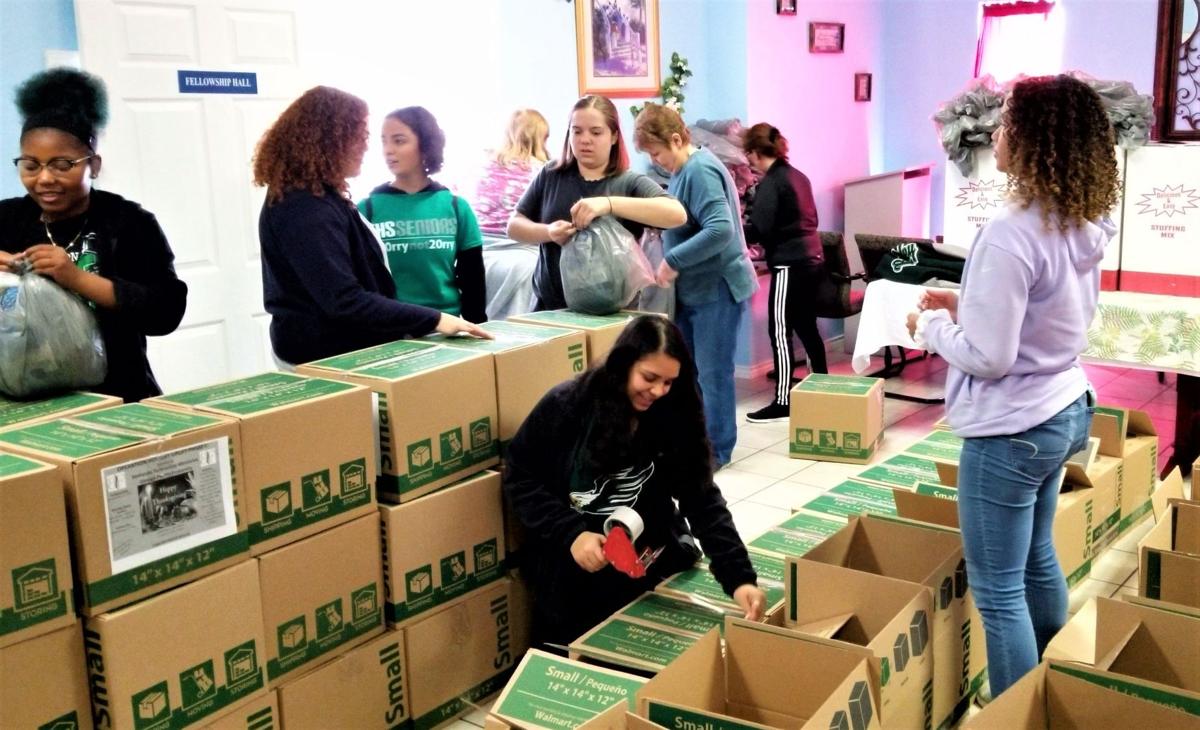 Volunteers fill waiting boxes with turkeys and then tape them shut during Saturday’s Operation Holiday Uplift at Bethesda Fellowship Ministries in Copperas Cove.

Volunteers fill waiting boxes with turkeys and then tape them shut during Saturday’s Operation Holiday Uplift at Bethesda Fellowship Ministries in Copperas Cove.

COPPERAS COVE — By 9:30 a.m. Saturday morning, volunteers at a Copperas Cove church had hundreds of boxes containing cans and other staples needed for Thanksgiving dinner open and ready to accept one final item before being sealed and loaded for delivery.

Unfortunately, the frozen turkeys needed to complete those boxes were just a bit behind schedule.

Bishop R. Ray Gatewood, the senior pastor for Bethesda Fellowship Ministries, told those gathered to help fill the boxes that the forklift at Walmart had run into a problem, but that the turkeys would be on their way soon.

For Gatewood, Operation Holiday Uplift is a chance to warm the hearts of those in need who might not have otherwise have a Thanksgiving or Christmas dinner.

“Being a church, you always want to serve,” Gatewood said. “We try to our best to follow the Christian scripture mandate, which says ‘when I was hungry, you fed me.’ We take that seriously.

“There are always going to be needy people among us. These are great people...but their earnings are (just) enough to pay their bills. It’s not that these aren’t hard working people. Some of them just need a little bit of assistance.”

Gatewood said the church began the effort about 12 years ago after seeing data that showed there were “food-insufficient families” in Copperas Cove.

Deciding to take action, the church adopted an area of the city that included homes in the Casa Drive and Horseshoe Drive neighborhoods. As more sponsors and volunteers came on board, the reach of the program expanded to the Copperas Cove Housing Authority and parts of Killeen.

This year, Operation Uplift will distribute 300 meals to families before Thanksgiving, and another 300 just before Christmas.

Gatewood said the surprise and joy on the faces of those families who receive one of the boxes during Saturday afternoon’s distribution phase is priceless.

“Some of the folks, maybe it’s a home we’ve seen before, and they are very, very grateful,” Gatewood said. “But that one that we haven’t seen before ... that person is so grateful, and it just warms our hearts.”

The program has grown from 25 meals the first year to 300 this year thanks to donations from various fraternal and sorority groups, H-E-B, Walmart, the Fort Hood Commissary, St. James Masonic Lodge and the City of Copperas Cove.

By 10:30 a.m., the church on Pecan Cove Road was filled with activity, as church volunteers and students from Ellison and Shoemaker high schools placed turkeys into the boxes, sealed them and started loading them into trailers.

Heather Beardsley of Ellison High School’s Leadership Academy was lifting and carrying boxes filled with frozen turkeys to the other volunteers.

“I play football for Ellison, so (it) isn’t a big thing,” the 17-year-old said. “I’ve been doing this since my freshman year.

“It’s honestly amazing when you go to a family and the kids come out and they’re like ‘we’re having Thanksgiving this year.’ Honestly, it makes me feel better about myself and that I’m helping my community.”

With the number of hospitalizations due to the flu going up nationwide, we wanted to ask readers if they have gotten a flu shot within the last few months?