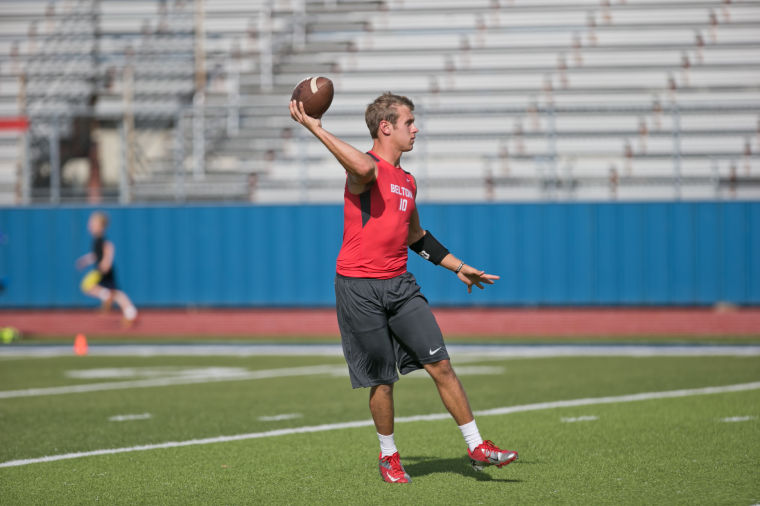 Belton quarterback Shane Stafford passes during a 7-on-7 scrimmage Monday at Bulldawg Stadium. 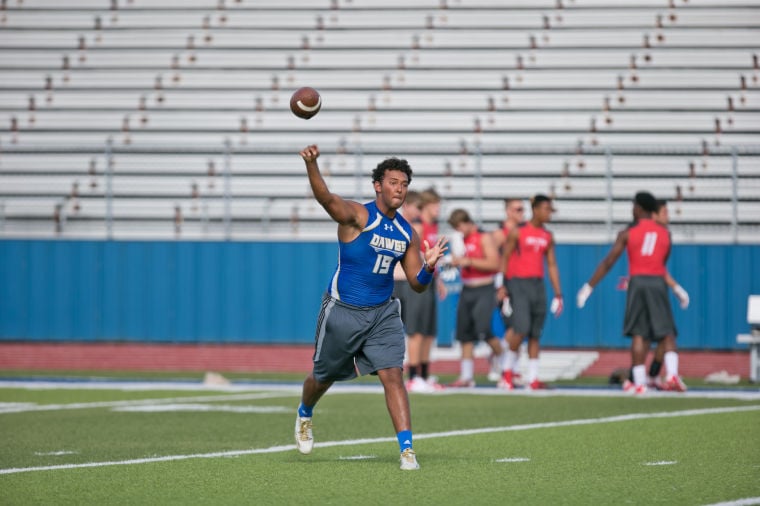 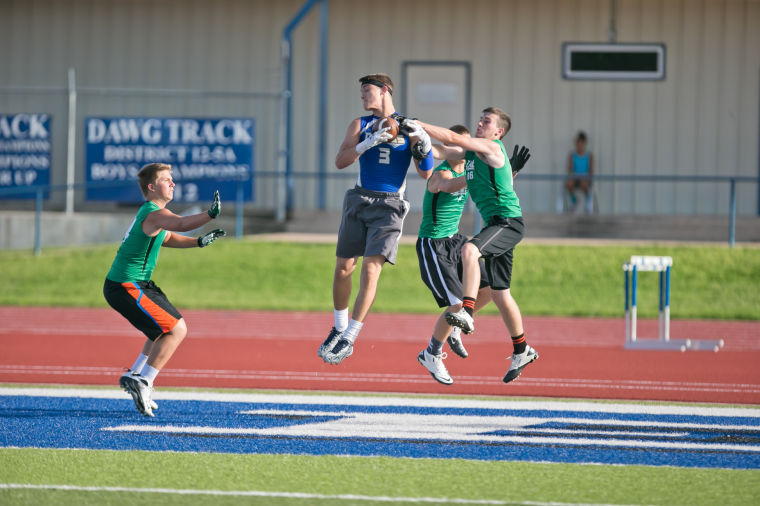 Copperas Cove’s Tre Powell (3) grabs a touchdown pass in the midst of Burnet defenders Monday during a 7-on-7 scrimmage at Bulldawg Stadium.

Belton quarterback Shane Stafford passes during a 7-on-7 scrimmage Monday at Bulldawg Stadium.

Copperas Cove’s Tre Powell (3) grabs a touchdown pass in the midst of Burnet defenders Monday during a 7-on-7 scrimmage at Bulldawg Stadium.

Copperas Cove is looking to end a decade-long streak.

Competing in the Texas 7-on-7 Championships for the first time since 2010, the Bulldawgs have to go back further — way further — to recall a time they won a game in the championship bracket.

Despite making 10 previous appearances at the state tournament since its inception in 1998, Copperas Cove has been unable to find much success. In fact, the last time the Bulldawgs made a significant run at a title or even took a single step in that direction was 2002, when they lost to eventual champion Cinco Ranch 40-27 in the semifinals.

In the years since, Copperas Cove has played in the championship bracket just twice, losing both times.

Starting today, the Bulldawgs attempt to end the skid. As a member of Pool G, Copperas Cove will look to earn a spot in the championship bracket by clinching one of two berths in the four-team pool.

Emerging victorious could prove difficult, however, as they compete against Alamo Heights, Cypress-Fairbanks and Whitehouse. The trio of schools produced a combined record of 34-7 in 2013, and all three are expected to return to the playoffs this season.

All three of the Bulldawgs’ opponents qualified for the Texas 7-on-7 Championships last year with Whitehouse and Cypress-Fairbanks advancing to the championship bracket.

After winning the opening-round game in the consolation bracket by forfeit against Lakeview Centennial, the Bulldawgs beat Temple 42-27 before narrowly defeating Colleyville Heritage 41-40 in the quarterfinals.

Houston Stratford eliminated the Bulldawgs in the semifinals, though, winning 34-20, and Copperas Cove has not won a bracket game since.

The following year, in their last trip to state, the Bulldawgs advanced to the championship bracket, but were quickly dispatched by Arlington Lamar 26-19.