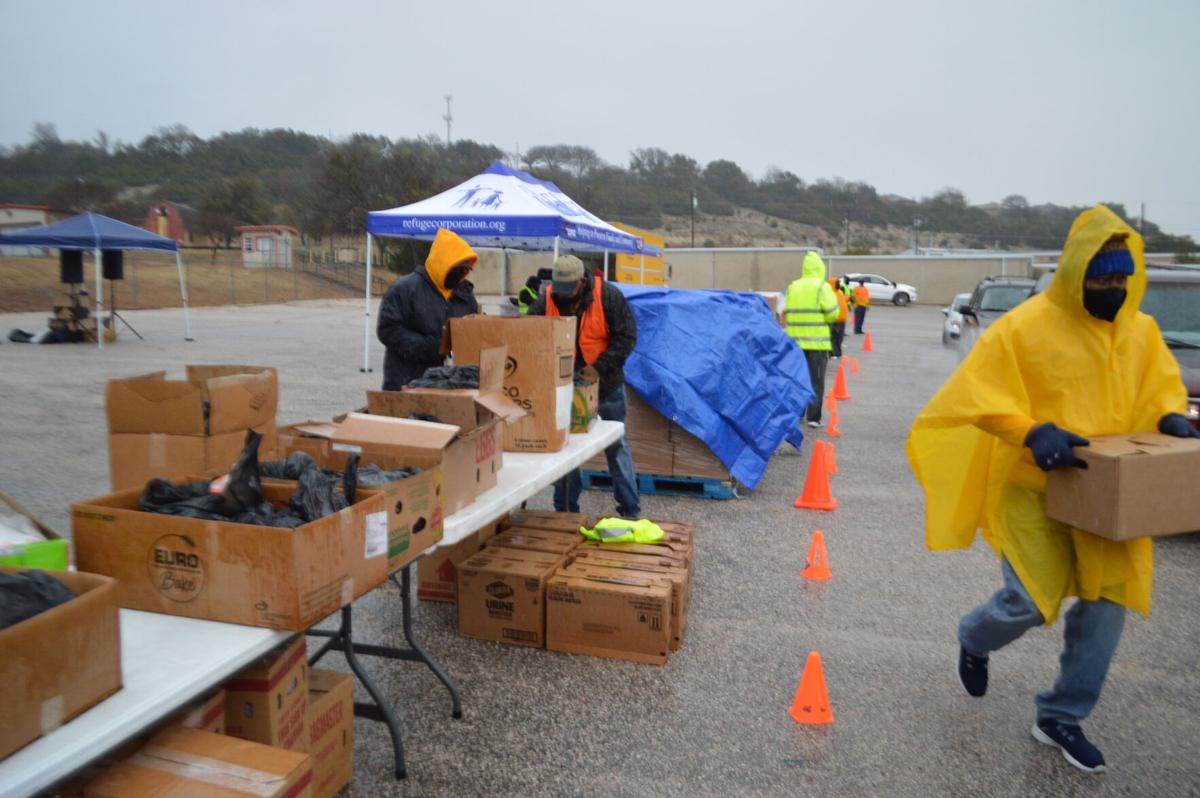 Volunteers at the Refuge Mobile Food Pantry in Copperas Cove grab boxes as they prepare to give food to people in line. The mobile food pantry happens on the third Saturday of every month. 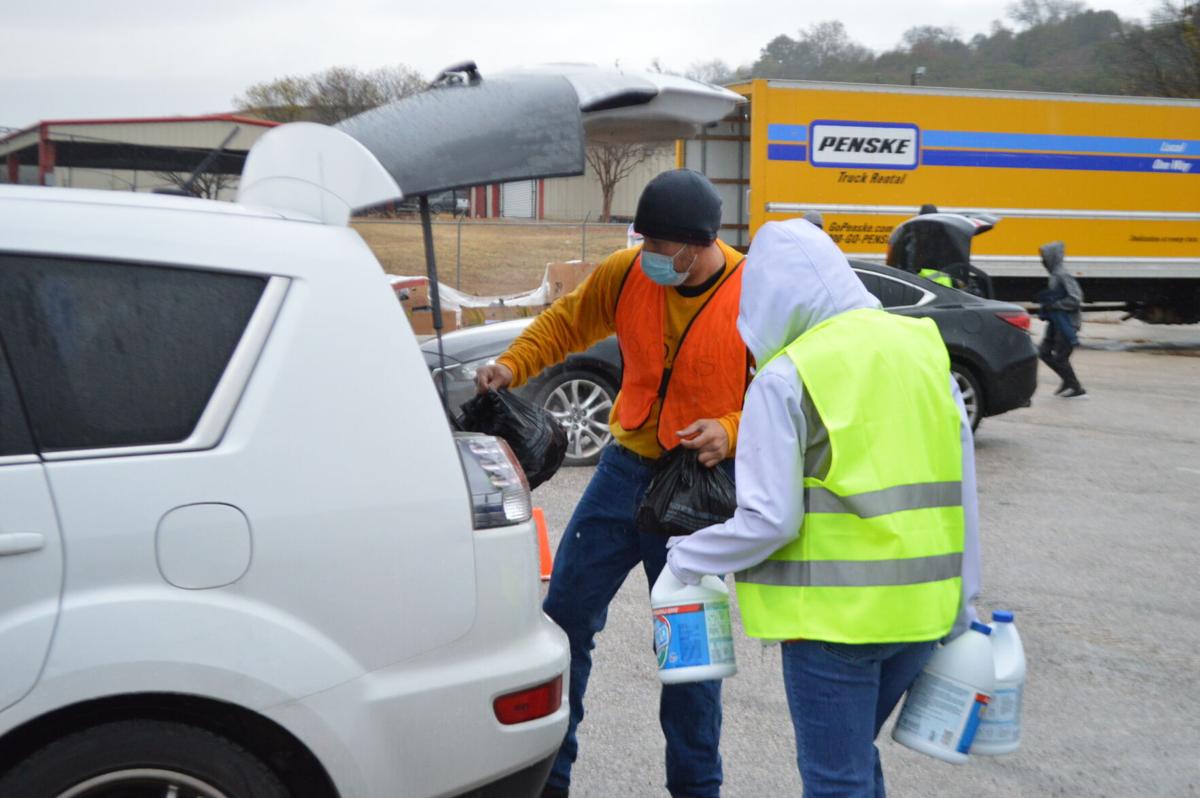 Volunteers load bags of food and bottles of bleach into the back of a vehicle during the Refuge Mobile Food Pantry in Copperas Cove Saturday. 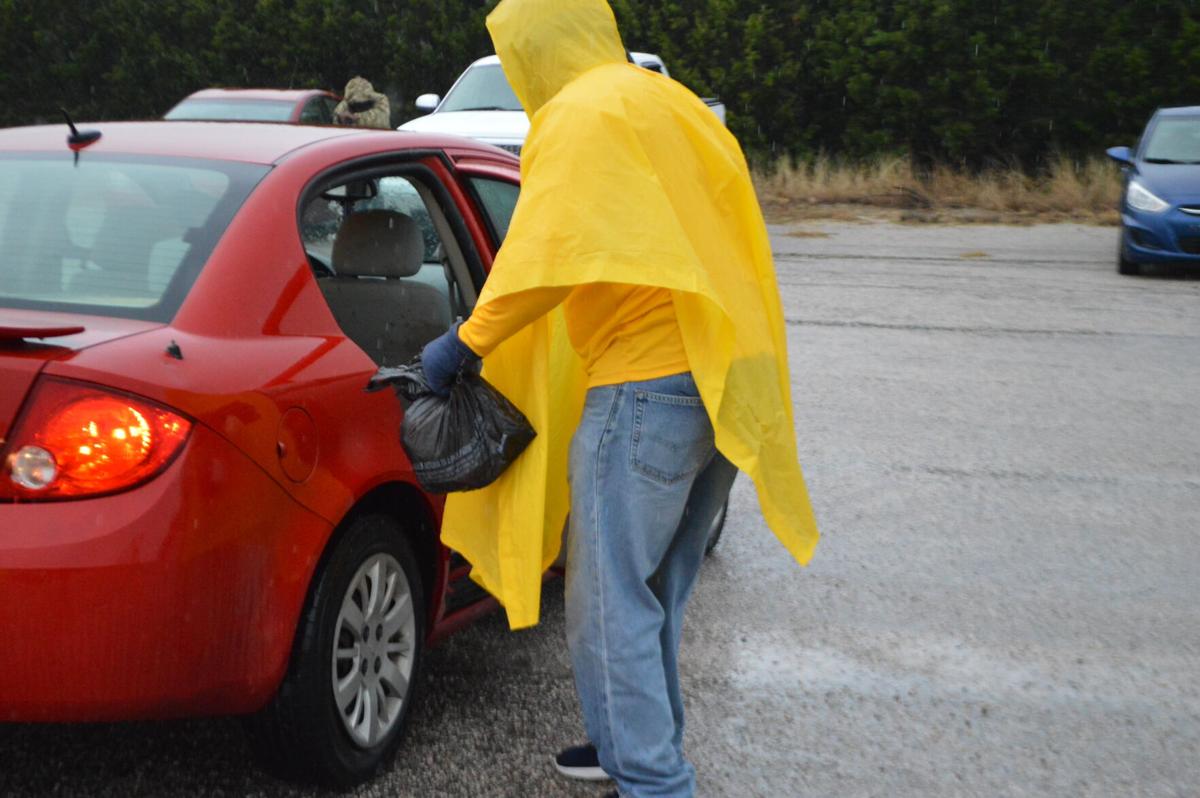 A volunteer loads a bag of food into the back of a vehicle Saturday at the monthly Refuge Mobile Food Pantry in Copperas Cove.

Volunteers at the Refuge Mobile Food Pantry in Copperas Cove grab boxes as they prepare to give food to people in line. The mobile food pantry happens on the third Saturday of every month.

Volunteers load bags of food and bottles of bleach into the back of a vehicle during the Refuge Mobile Food Pantry in Copperas Cove Saturday.

A volunteer loads a bag of food into the back of a vehicle Saturday at the monthly Refuge Mobile Food Pantry in Copperas Cove.

Hundreds of people lined up in the parking lot of Christian House of Prayer in Copperas Cove Saturday — some about an hour prior to the beginning of a monthly mobile food pantry.

The Refuge Mobile Food Pantry has served the area for several years and is part of The Refuge Corporation based in Copperas Cove.

For several Cove residents waiting in line, the mobile pantry is a blessing.

Myiisha Fite said she has been to the mobile pantry before, and explained what has kept her coming back.

“They give good stuff,” Fite said. “And, I only come when I need it for my family.”

Fite said she has been coming to the event off-and-on since the corporation was located at the Women, Infants and Children (WIC) office.

She said the assistance is timely, due to the financial impact of the coronavirus pandemic.

“Me and my husband’s, right now, income is kind of shaky, so we haven’t really been able to get, like, a lot of food for our family, so that’s when I come here,” Fite said.

Fite added that sometimes she will share what she can with her neighbors since they are elderly and not comfortable leaving the house.

Many of the mobile food pantry events this year have taken place at the Christian House of Prayer in Killeen, but it has made a stop in Copperas Cove a couple of times.

After the distribution prior to Thanksgiving, the organization’s executive director, Joseph Solomon, said he hopes to come to Copperas Cove more often.

One of his other desires is to expand to surrounding towns such as Lampasas and Gatesville, as well as opening it up to a twice per month operation.

Currently, the Refuge Mobile Food Pantry is an event that happens on the third Saturday of every month from 9 to 11 a.m. People can follow the food pantry on Facebook for notifications of where the upcoming events will be, as the location can vary from month to month.

As the rain began to fall harder Saturday, Linda Litton of Copperas Cove spoke to one of her neighbors in the line of cars to her left.

She explained why she feels the mobile pantry is such a blessing.

“It helps us, it really does,” Litton said. “It’s a bad time right now, so we’re all struggling.”

Litton said she picks up food for her family, where everyone is out of work.

“These people give a blessing,” Litton said of the organization. “They’re giving something (to) help our struggle a little bit.”

“It’s a very big blessing that they open up their hearts to help us, as far as the community of Copperas Cove,” Steans said. “Because there is a lot of suffering going on with some of the seniors that are not able to buy food.”

Stepan and Foster went to the mobile pantry in Copperas Cove before Thanksgiving, and Stepan said they wanted to get there early, because the line began to spill out onto Business Highway 190 that day.

Stepan also commented on how just a little bit helps.

“It’s great, because there’s a lot of people that are jobless and homeless, and can’t get no food,” Stepan said as they waited for it to begin. “So, when you do come, at least you’re getting something to eat.”

Normally, each family receives between 50 to 60 pounds of food, such as fresh produce, meats, dairy products and bread.