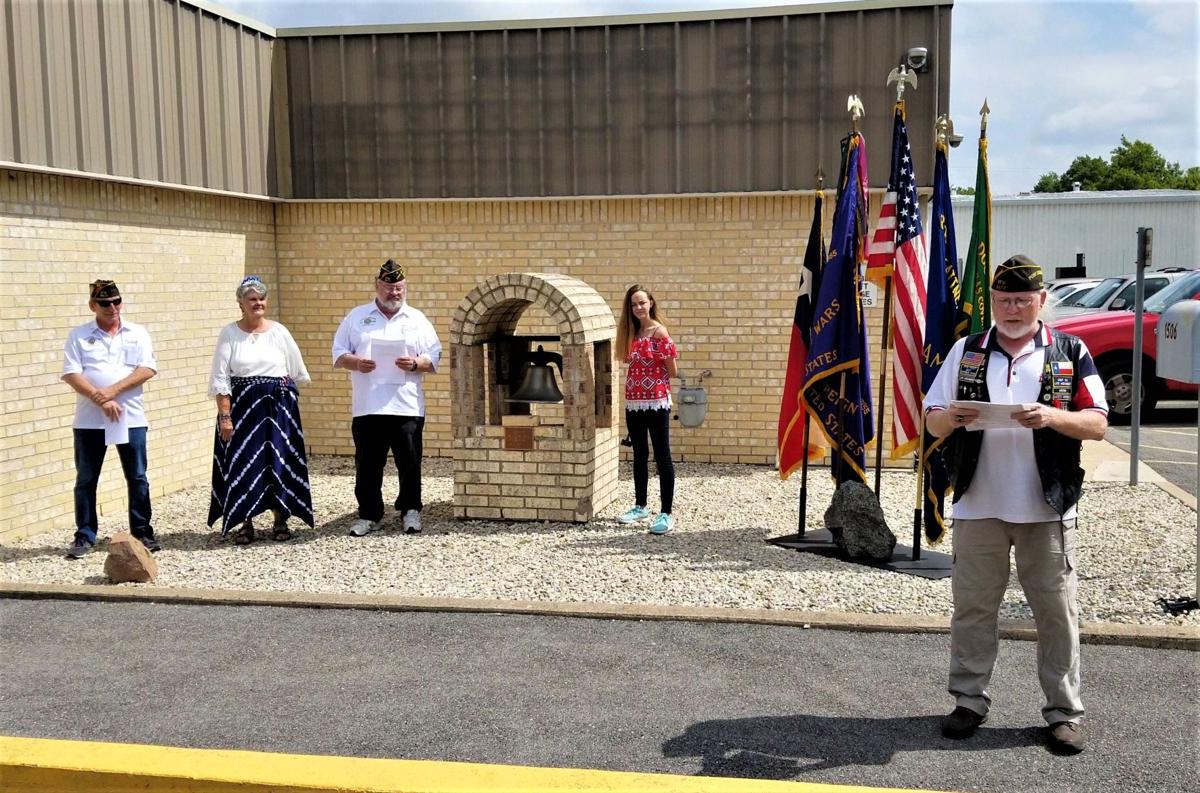 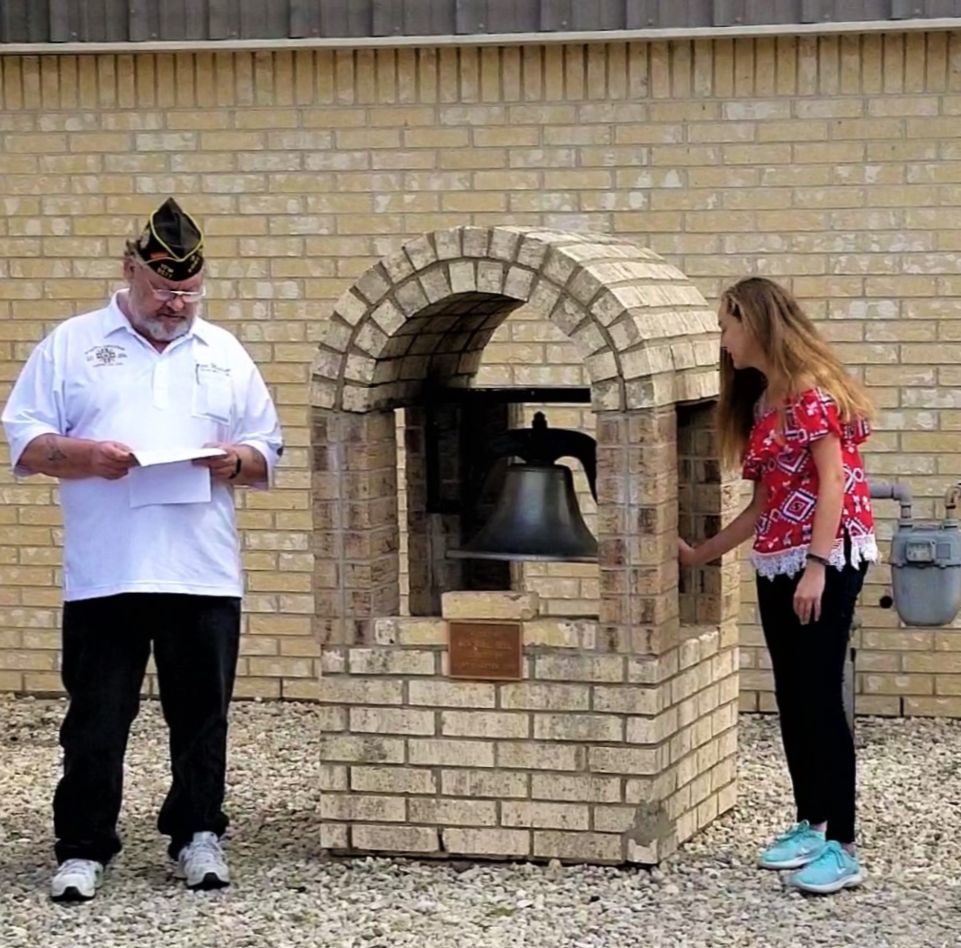 Alisa Wheaton, Right, rings a bell as Dana Watson reads the names of the original 13 colonies during an Independence Day event outside VFW Post 8577 in Copperas Cove.

Alisa Wheaton, Right, rings a bell as Dana Watson reads the names of the original 13 colonies during an Independence Day event outside VFW Post 8577 in Copperas Cove.

The commander of Copperas Cove Veterans of Foreign Wars Post 8577 believes the service and sacrifice of military personnel is what allows Americans to throw a party every Independence Day.

“We have all checked the block and served our country,” Post Commander Herb Wright said Thursday before the annual bell ringing ceremony at the VFW post. “That’s what you’re supposed to do. And because of that, you can celebrate the Fourth of July.”

More than four-dozen people gathered outside the post for the annual bell ringing. Congress established the Let Freedom Ring National Bell Ringing Ceremony in 1963, and Post 8577 has participated ever since, according to Wright.

“Of course that was BH ... before Herb,” Wright said, laughing. “I got here in January of 2007 when I was still on active duty, retired the next year, and we’ve done it every year since.”

The ceremony is scheduled for 11 a.m. Central Daylight Time, to coincide with other bell ringing ceremonies taking place around the country at noon Eastern time.

Wright led off with ceremony with a bit of history, using the words from a 1976 proclamation by former President Gerald Ford in honor of Independence Day.

“In the two centuries that have passed, we have matured as a nation and as a people,” Wright said. “We have gained the wisdom that age and experience bring, yet we have kept the strength and idealism of youth.

“Every year, VFW Post 8577 and Auxiliary ring the bell on the Fourth of July to celebrate one of the most significant events in history ... the Declaration of Independence.”

Post quartermaster Mike Anastasio led the crowd in prayer, and Senior Vice Commander Dana Watson read more of the bicentennial proclamation made by then-President Ford, calling for bell-ringing ceremonies to celebrate the 200th anniversary of the Declaration of Independence.

Post Auxiliary president Barbara Moore then read the preamble to the U.S. Constitution before Watson began reading the names of each of the 13 original U.S. colonies.

As soon as the last name was read, a cannon was fired to mark the conclusion of the ceremony. Even though the crowd was warned, many people were startled when the cannon went off behind them in the VFW parking lot.

Afterward, Wright welcomed everyone back into the VFW building for a free Fourth of July feast, including brisket that Wright said had been cooking since the night before.

Wright had a simple answer when asked what the bell-ringing ceremony represents.

“The freedom of the United States,” he said.