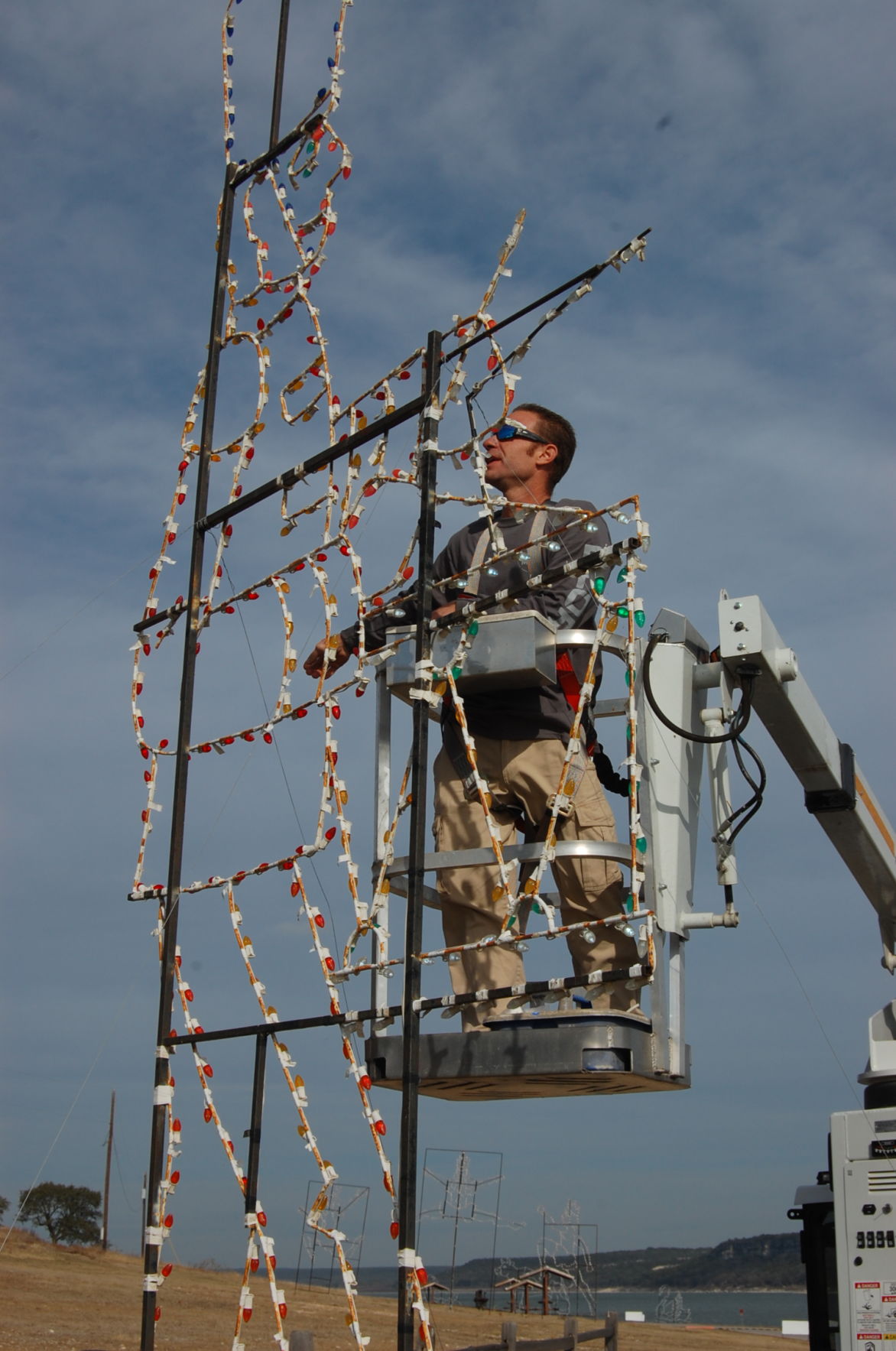 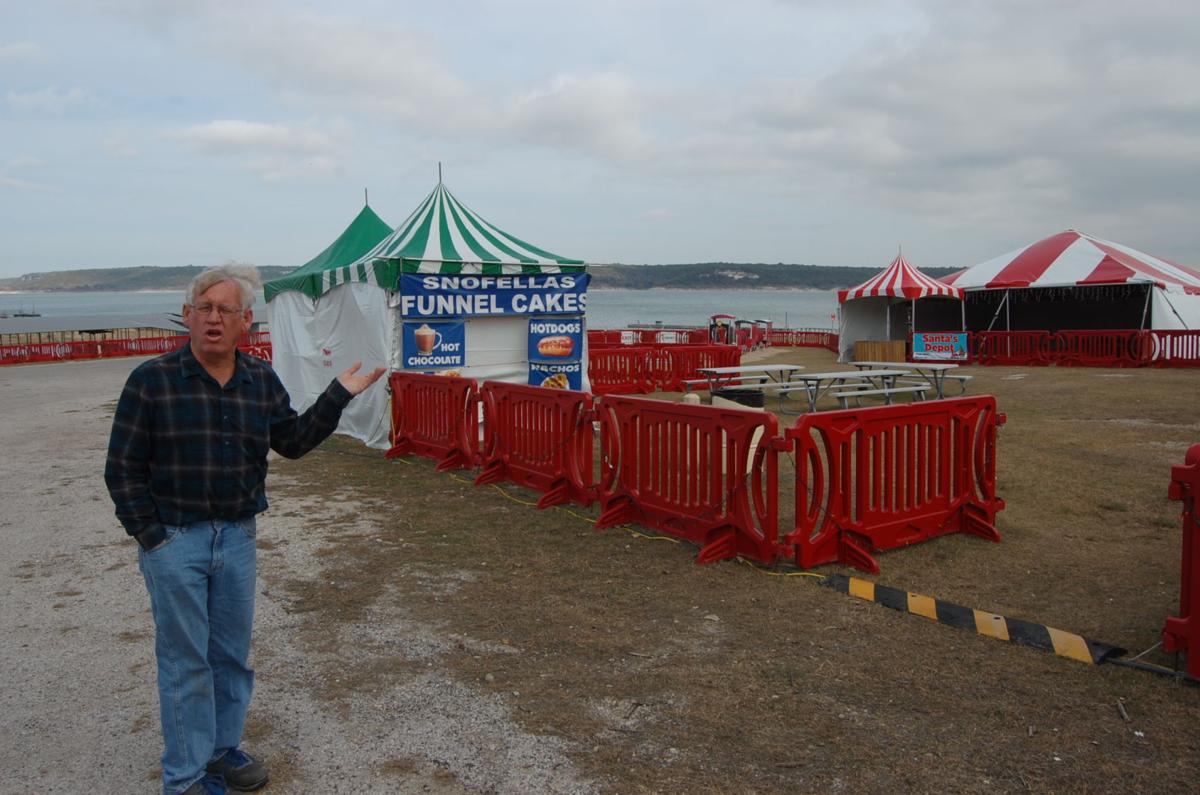 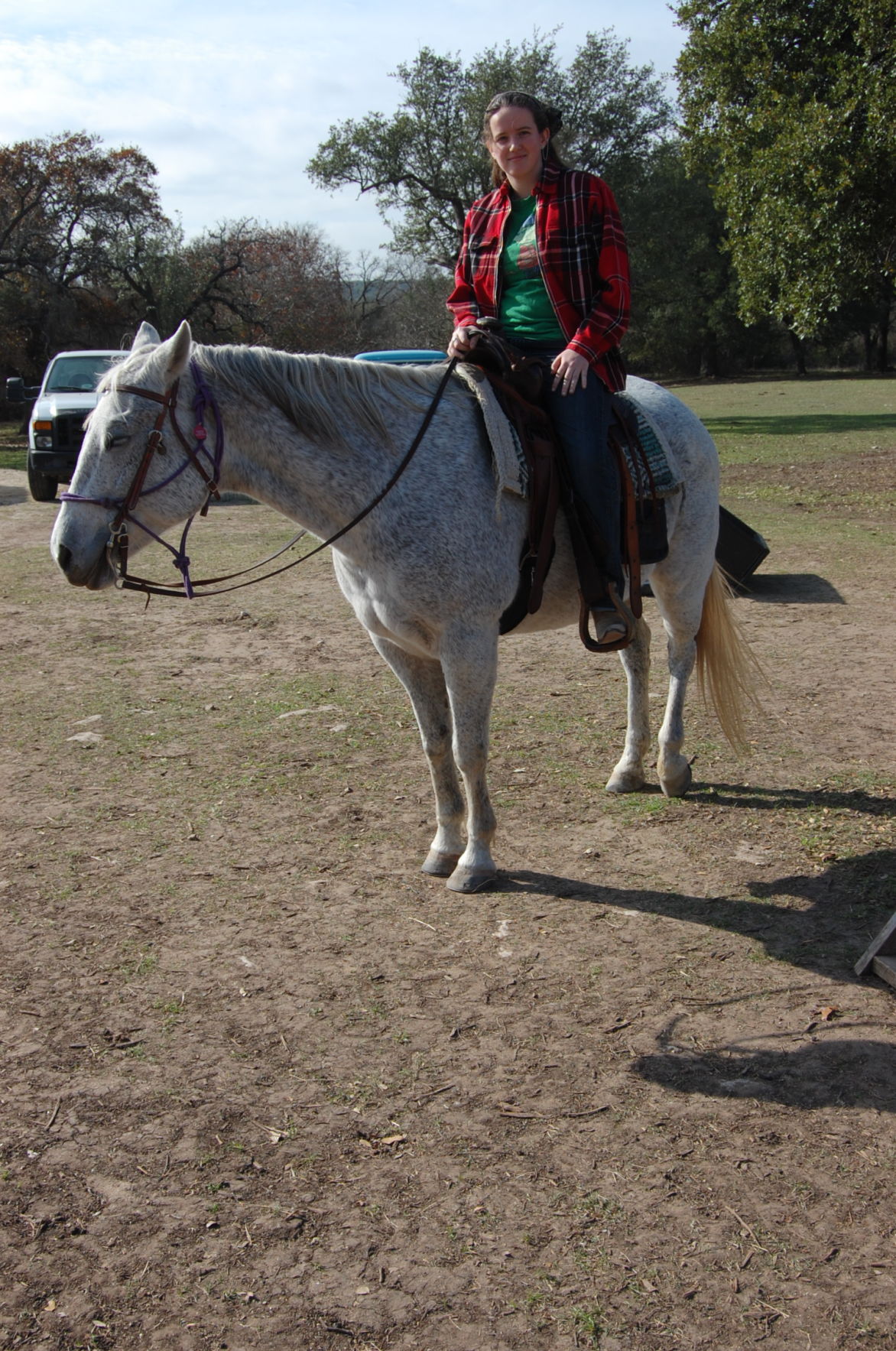 BELTON — The cost to enter the Nature in Lights Christmas display at Belton Lake Outdoor Recreation Area increased this year, but so have the number of displays and events.

The event’s entrance fee is $20, up from last year’s $15 for cars, mini-vans and pickup trucks. Budget cuts to the Morale, Welfare and Recreation’s community support programs required the entry fee to increase.

Laura Lad, the director of outdoor recreation, said government funding was eliminated for the event and necessitated an increase in the entrance fee.

“They took our funding away from us, and there is a lot of preparation and a lot of work that goes into putting up the displays, and we build our own silhouettes and we buy all the lights,” explained Lad.

Lad said that some displays are sponsored by businesses like H-E-B and Chick-Fil-A, but the donations do not necessarily cover the cost of labor to fabricate the displays and install all the lights, and the number of sponsors varies each year.

“Marketing and advertising take care of that, but not every display is sponsored,” Lad said. “Sometimes we might have 70 sponsors, but we have 180 displays.”

But the Christmas displays, and activities, are not about money — rather about community.

“It’s to provide a nice activity for soldiers and their families, as well as the surrounding communities, to be able to come to BLORA and enjoy nature and lights,” Lad said.

Dennis Bass, the BLORA facilities operations supervisor, said this year’s event has 12 new displays and a heated tent with inflatables and other activities. Flooding hampered last year’s Christmas display, but this year the route is completely open.

“We try to build 10 to 12 new displays each year and we’re up to about 142 displays that are through the route,” said Bass. “Everything’s good, the full route is open, and the train ride is open.”

In addition to the new displays and inflatable activities, there are train rides, pony rides, arts and crafts, and two concession stands selling food. Holiday cartoons can be viewed on Saturday nights. Some of these activities are available for additional costs.

The pony rides, or more accurately, horse rides, are organized and conducted by Tiffany Zeitouni, the founder of Hoofbeats for Heroes, a nonprofit organization that helps service members, first responders and their families through horseback riding.

Zeitouni said Christmas displays borrowed from BLORA allows her to provide a different experience for horse back riders during the Nature in Lights event.

“We decorated the arena, so the kids get to ride through a trail of lights when they do their pony rides,” Zeitouni said. “It allows that Christmas spirit whenever people are getting on and have an enjoyable ride.”

Zeitouni said the horseback rides costs $5 and are offered during the same schedule as the Nature in Lights event.

“This is our third year, and us adding the lights has been really neat for us because we have returning riders, and so this is an added benefit for them to get to ride through the lights,” Zeitouni said.

Judi Hoisington, whose husband is currently deployed, had already attended the Nature in Lights and was participating in the horse riding event with her two children, 17-year-old Payton and 5-year-old Samuel.

“This was such a wonderful surprise because we just moved here and it was so big for the money, and so many things for the kids to do that we were there for three hours,” Judi Hoisington said. “The people were so nice and so supportive because a lot of them are ex-military, and with my husband being deployed, they made an extra effort and we look forward to it next year.”

Judi Hoisington said this was the first time her family had been assigned to Fort Hood and felt the MWR support was phenomenal.

“When you come over the hill and you see all those light displays down below us it was phenomenal,” Judi Hoisington said. “We loved going through the 12 days of Christmas, the kids sang it and had a blast.”

Judi Hoisington said the train and the arts and crafts were also a lot of fun and looks forward to the display next year.

Payton Hoisington, who volunteers at the horse ranch, likes the added addition of the horse riding to the Christmas event.

Samuel Hoisington also likes the addition of the horse riding.

“I love riding horses and people need to learn how to ride horses because it’s fun,” Samuel Hoisington said.