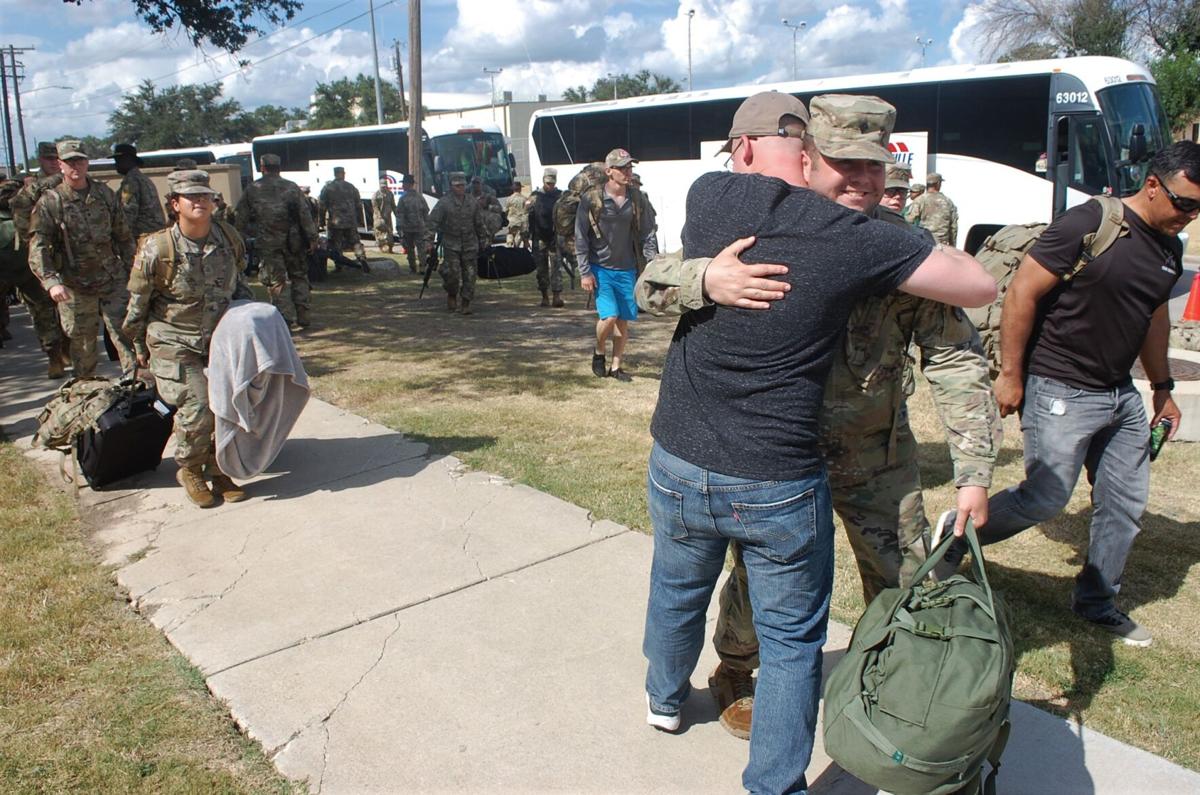 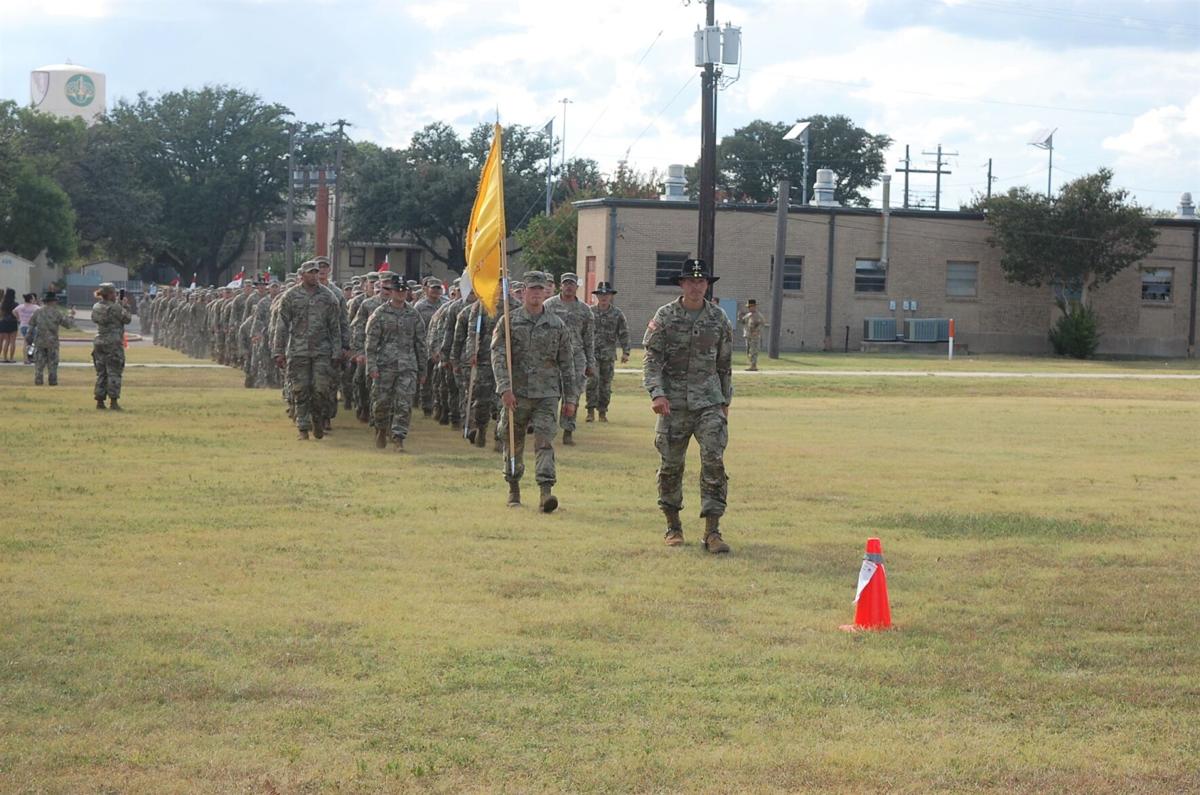 Jason Douglas | Herald Troopers from the 3rd Cavalry Regiment march onto a parade field at Fort Hood during a welcome home ceremony on Sunday, following the completion of a four-month cadet summer training support mission at Fort Knox, Kentucky. 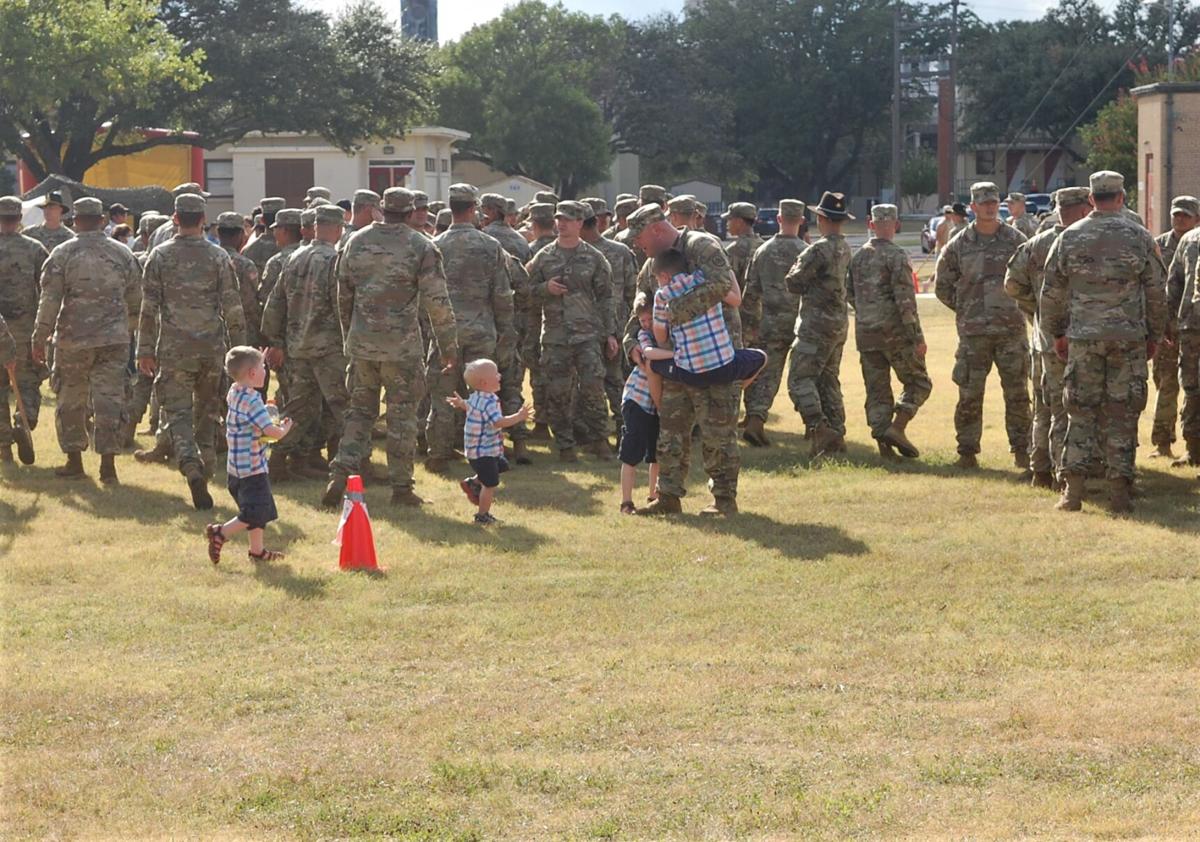 Jason Douglas | Herald Troopers from the 3rd Cavalry Regiment march onto a parade field at Fort Hood during a welcome home ceremony on Sunday, following the completion of a four-month cadet summer training support mission at Fort Knox, Kentucky.

Lt. Col. Barrett Thomas, the 1st Squadron commander, thanked the family members in attendance of the homecoming ceremony to welcome the troopers home.

“The troopers worked mighty hard over the past four months,” Thomas said. “We trained over 8,000 cadets in the largest training event of the United States Army, and they did it with discipline, and they did a fantastic job.”

Thomas said the troopers made a lasting impression on more than 8,000 officers for years to come.

“Their fingerprints are on each and every one of them,” Thomas said. “They showed these lieutenants what rights looks like, what it means to be a disciplined ‘Rifles’ soldier.”

Thomas told the gathered family members to be proud of their troopers for doing a fantastic job.

“It was an honor and a privilege to lead this task force for the past four months, and I thank you from the bottom of my heart for your hard effort and dedication.”

Chavez said cadet command does not have enough personnel to cycle through the number of cadets that participate in cadet summer training, so 3rd Cavalry Regiment troopers were requested to support the training mission.

“We have the soldiers that have the knowledge and experience needed to train the cadets at the level we’re at,” Chavez said. “And it’s good for us to go there as a unit because it builds cohesion within itself; we get to live with our soldiers for months in the barracks with them.”

Chavez explained that living among the troopers allows leadership and the troopers to see who each other really are, like a deployment.

“So, not only do we see them during the duty day, but we also see them in the evenings,” Chavez said. “It brings us a lot closer together, pretty much like a deployment, but without the dangers of being under hostile fire.”

Chaves said the troopers performed outstandingly and received high praise from U.S. Army leaders who visited during the training.

“All the leaders throughout the Army came and visited us,” Chavez said, “The (Training and Doctrine Command) command sergeant major to the (Forces Command) commander gave us good compliments and said we were doing the right thing by always enforcing the standards and presenting ourselves professionally in front of the cadets.”

“What I did specifically was feed them chow, give them linen and give them MRE’s,” Knisley said.

Knisley said he also learned something from the experience.

“I learned what they actually do because I thought they just go to school and they become lieutenants after that,” Knisley said. “But they also, like anybody here, do ruck marches, and while not as much physical work as I did in basic, they do a lot.”

Knisley said despite COVID restrictions, he was still able to get to know some of the cadets and better understand what cadets do to become officers, and even answered cadet’s questions about what infantrymen do.

“They’re just like us; they’re from all around the United States,” Knisley said. “All of us from (3rd Cavalry Regiment) are 11 bravos (infantrymen).”

Pvt. Jared McCarthy is also an infantryman with the 3rd Cavalry Regiment and participated in the summer training support mission.

“The first thing we did was we started to serve them breakfast and dinner,” McCarthy said. “We supported the cadets on their ruck marches, like with immersion tanks so they could heat dump properly.”

Immersion tanks assist soldiers in cooling off quickly by immersing their arms in tanks of ice water.

McCarthy said some of the cadets were impressive.

“There were some stallions in there that were high speed,” McCarthy said. “They had so many patches and stuff, and were in the leadership roles, which was nice to see.”

The troopers said they were looking forward to an upcoming four-day weekend to reconnect with family and friends and prepare for the next training cycle at the National Training Center at Fort Irwin, California.