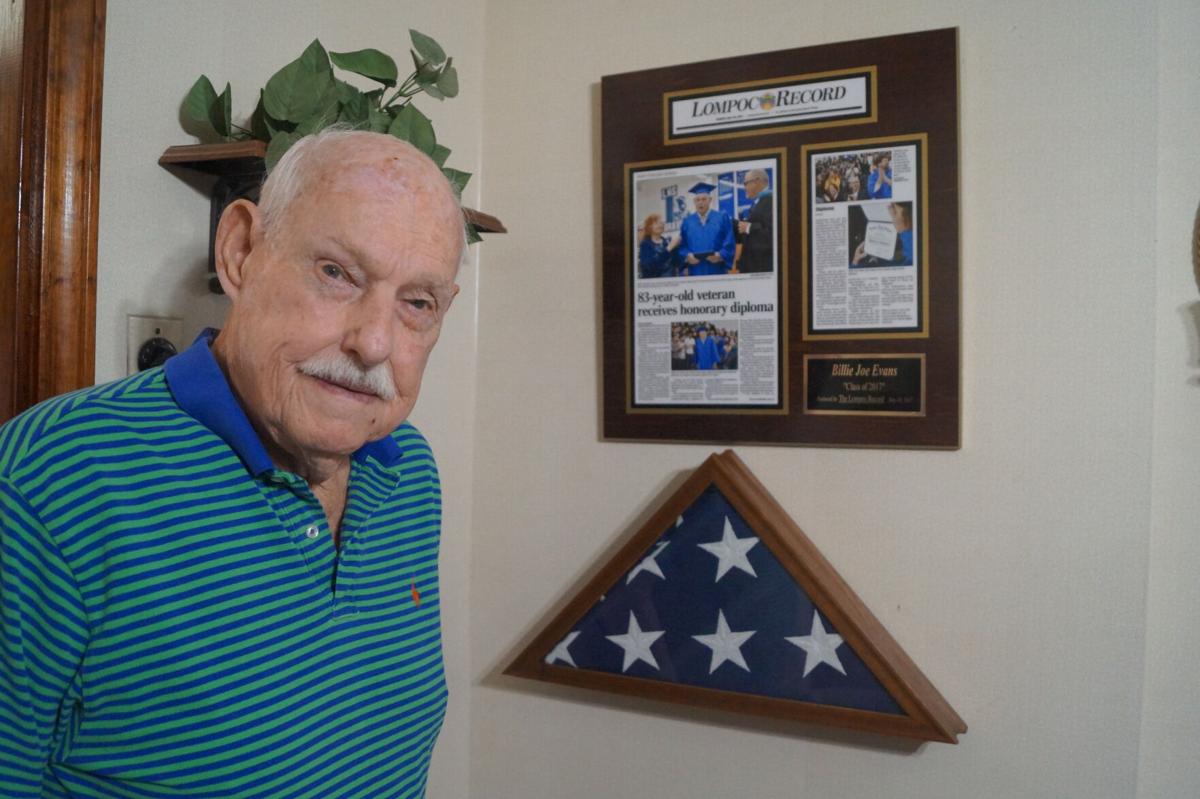 Courtesy photo Bill Evans received his high school diploma more than 60 years after he dropped out of school to join the Army; the graduation ceremonies were covered by his hometown newspaper. 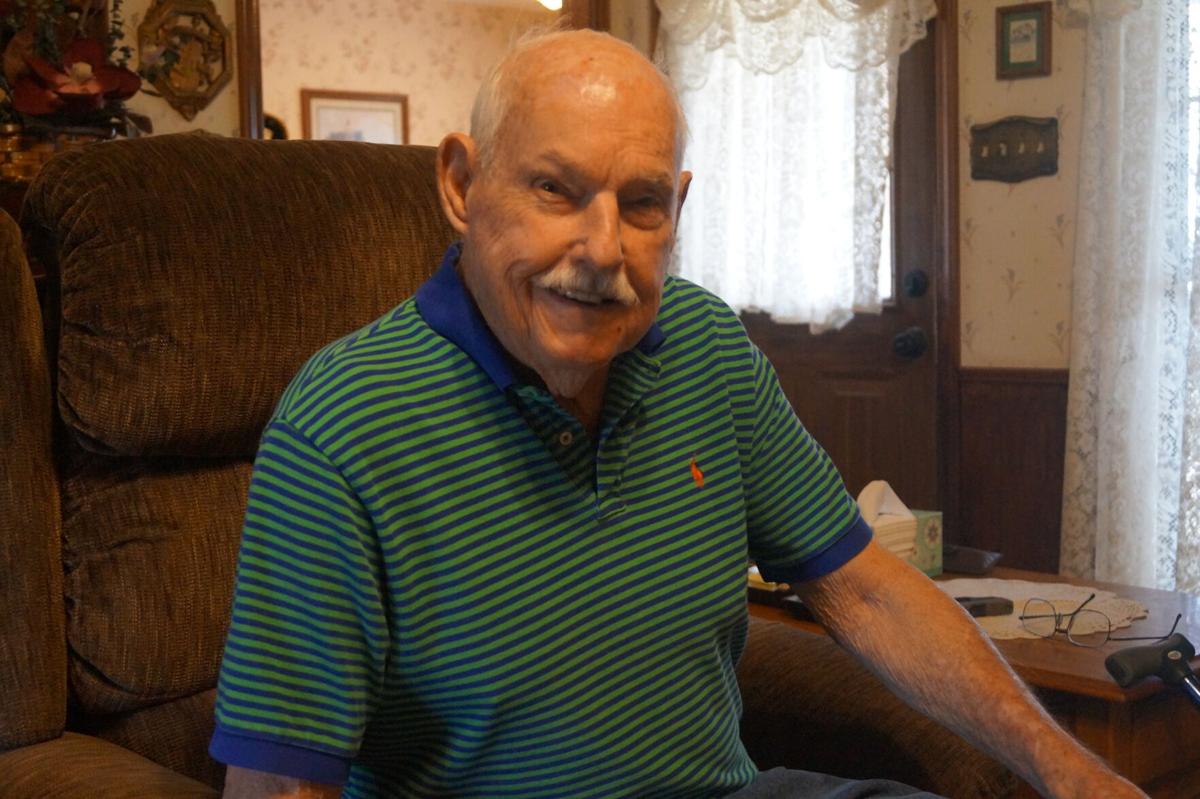 Courtesy photo Bill Evans spent 28 years in the Army and has lived in Copperas Cove for 37 years. 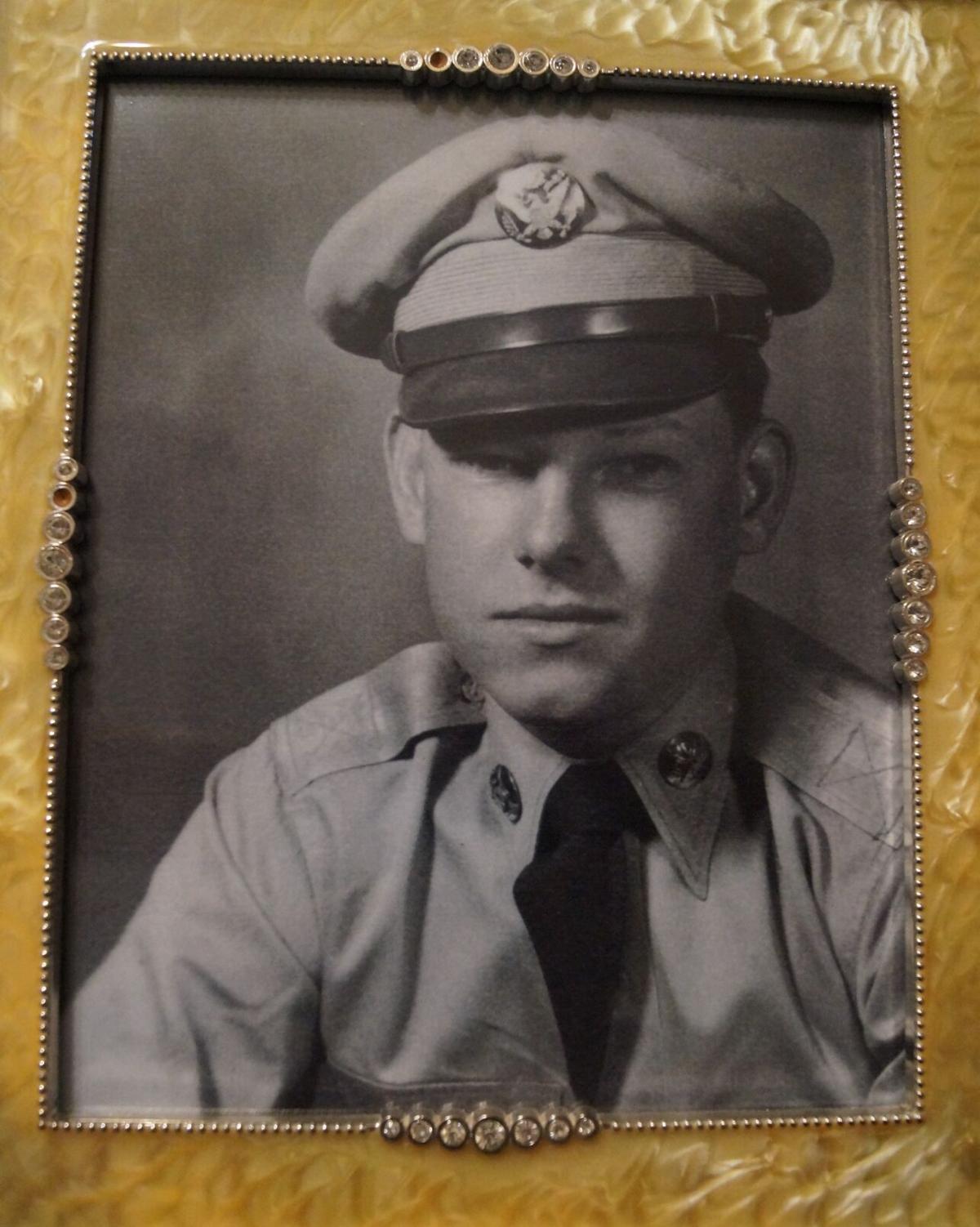 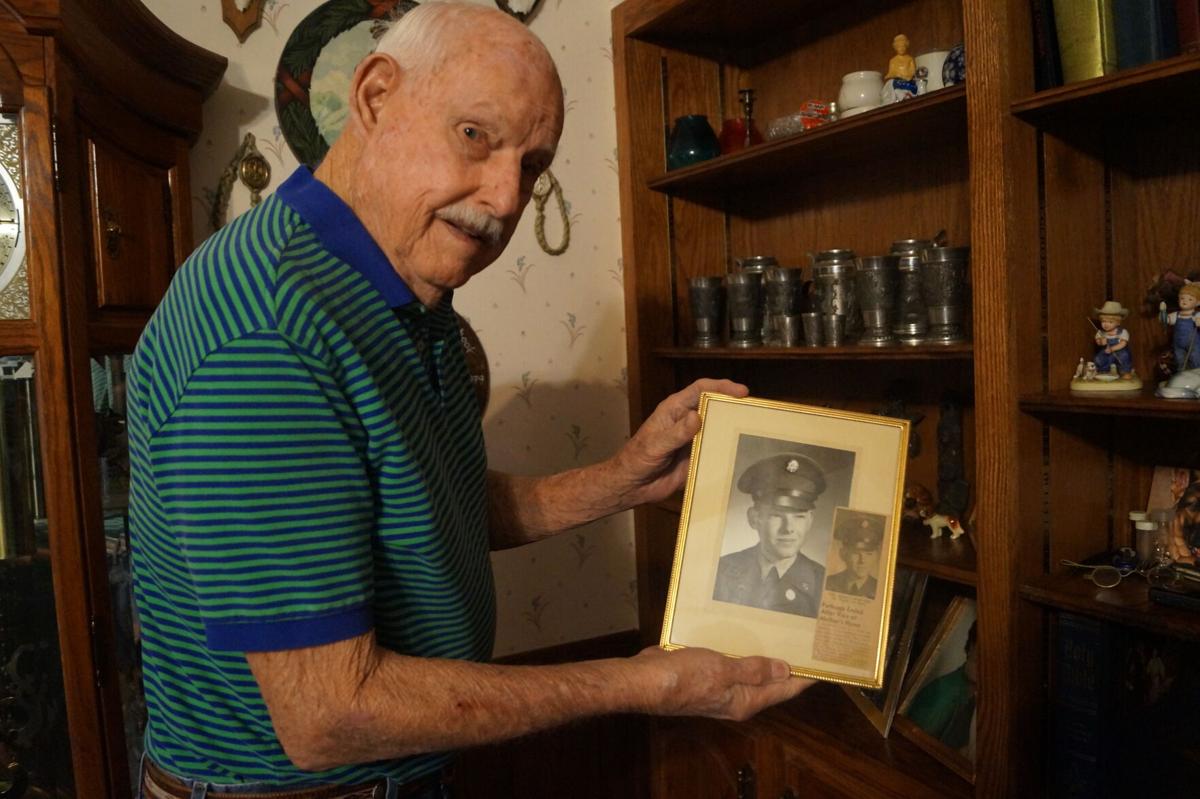 Courtesy photo Ret. Master Sgt. Bill Evans shows a photograph from when he first joined the U.S. Army at age 16.

Courtesy photo Bill Evans received his high school diploma more than 60 years after he dropped out of school to join the Army; the graduation ceremonies were covered by his hometown newspaper.

Courtesy photo Bill Evans spent 28 years in the Army and has lived in Copperas Cove for 37 years.

Courtesy photo Ret. Master Sgt. Bill Evans shows a photograph from when he first joined the U.S. Army at age 16.

COPPERAS COVE — Bill Evans was preparing to fight to the death after his reconnaissance airplane was shot down in Vietnam, but as he and two shaken-up buddies hunkered down and waited for enemy troops to appear out of the surrounding jungle, they saw one of the most beautiful sights any combat soldier can see.

“The pilot, co-pilot and I all agreed we were not going to be taken prisoner,” said Evans, a retired U.S. Army master sergeant who served two tours in Vietnam, 1964-65 and 1968-69. “We weren’t going to go to the Hanoi Hilton (notorious prisoner-of-war camp), so we were prepared to shoot it out with them.”

Evans, a Dallas native who has lived in Copperas Cove for 37 years, served as a radio operator for most of his 28-year military career. He was on a mission that day to detect and locate enemy radio transmitters when his airplane came under fire and crash-landed.

After that, there was nothing to do but wait for rescue and hope for the best.

“The pilot was great — I will always remember Mr. Wilkerson. He came down and went into a dive, then flopped the plane into the jungle,” Evans said.

“I had all the classified stuff in the aircraft, so I destroyed all the equipment I had, and we’re sitting there with rifles, waiting. We could hear the noise (around us), and we’re getting ready to go into a gun battle, and then all of a sudden, here they came out of the woods.

“We were ready to blast them, but then they started saying, ‘No fire! This is friendlies. No fire.’ It was what the Army called a LRP (long range patrol). They saw the plane go down, so they came to us and provided a perimeter around the plane until they could get another plane to pick us up.

“When they started speaking English, we said, ‘Come on in.’

Evans, an only child who was born at Parkland Hospital in Dallas, moved to California with his parents during World War II. He went to high school in Lompoc, near Vandenburg Air Force Base, but dropped out of school when he was 16 and joined the Army.

“My family moved to California to work in the war-machine factories, and they stayed after the war,” the 87-year-old said, relaxing in an easy chair recently at his 10-acre home. “I was having problems at home with my stepfather and I wanted to get away, so I joined the Army. I forged my birth certificate so I could get in and reported for boot camp in 1950 at Fort Ord (California).

“It was a piece of cake for me. I enjoyed it. I enlisted to go to the Far East, but they decided they needed radio operators, so they sent me to Fort Monmouth (N.J.), where I learned Morse code and stuff like that, and become a field radio operator.”

After that, Evans was on his way to Korea and his first taste of combat.

“The Korean War started the day I got out of basic training,” Evans said. “I got out July 25, 1950 and it was December 23rd, I believe it was, when I landed at Pusan (South Korean port city). I was a rifleman, but I was also a radio operator.

“I got a call from the company commander wanting to see me. I fell out and went to headquarters and he said, ‘Sit down. You’re going home, son.’

“He said, ‘Well, you lied when you came into the Army, didn’t you?’

“At that time, I was in the process of getting a top-secret clearance, and they found out through that. I wanted to stay with my unit, but my mother had signed for me and so she had the final say. When she signed, the Korean War had not yet started, and now she didn’t want me in the war. She changed her mind, so I was out.

“They put me on a plane and flew me back to Monterrey, California. I was thinking, ‘What am I going to do now?’ Soon as I landed, I went with a buddy of mine to Manville, New Jersey, and worked for a company called Johns Manville. Then we come on down the coast and worked for Douglas Aircraft. I just did whatever struck my mind at the time.

“After a while, I got bored because I was doing the same thing all the time. That’s when I said, ‘I’m just going to go back in.’ I thought my mother would try to talk me out of it. But she didn’t. She said, ‘It’s your life. You do whatever you want to.’

“That made me mad, so the next day I went down and re-enlisted.”

Evans, who served with the Army Security Agency for much of his career, retired from the military while he was stationed at Fort Hood. He had no idea what he was going to do next.

“A friend of mine was the chief probation officer in Gatesville and he asked me what I was going to do. I said, ‘I don’t know, s--t. I guess I’ll get me a tin cup and my overcoat, and sell pencils at the main gate.’

“He said, ‘How would you like to be a probation officer?”

“I said, ‘I never thought about it.’ I knew I never wanted to be a cop, and that sounded awful close to being a cop — you wear a badge and carry a gun. But I took that job and did it for fifteen years. Worked in Lampasas. Then I retired from that and went fishing and hunting the rest of my life.”

Twice divorced, Evans lives now with his three dogs: A German shepherd named Arko and two yellow Labrador retrievers trained for hunting, Shirley and Ruby. Although he has an associate degree in general studies from Central Texas College and a master’s degree in criminal justice, Evans never earned a high school diploma, and that always bothered him.

A few years back, he decided to do something about that.

“I got to thinking about it, and I have a friend who still lives in Lompoc, and I said, ‘Will you check with the high school and see if they’ll give me my high school diploma, now that I’ve got two college degrees?’”

School officials agreed and five years ago, he flew out to California, put on a cap and gown, and participated in his high school commencement ceremonies with 300 young students.

“I just felt like I was missing something,” Evans said. “I’m happy now.”

These days, Evans moves a little slower than he would like, and so he is not able to hunt as much as he once did. He still shoots the occasional dove, but mostly loans Ruby and Shirley out to friends and family members who hunt. Other than that, he watches TV, noodles around on the computer and feeds a small herd of deer that come calling at the back door every morning and evening.

“I don’t cook, and I don’t want to kill something I won’t eat,” said the father of three and grandfather of four with another on the way. “I finally just got to the point where I woke up one day and I said, ‘You know, I’m not mad at these animals anymore.’ I still like to hunt birds, but I’ve gotten so old that I can’t swing (a shotgun around) fast enough to shoot ‘em.

“Life is good. I’m 100-percent disabled, so the VA gives me a check every month for that, tax-free. I get my military retirement; retirement from the state from when I was a probation officer; and I’m drawing social security.

“I’m making a fortune and I don’t have anyone to spend it on. I think you should be born rich and then work it down from there. When you’re young, you have to watch your money, and when you get old like me, everything is paid for.

“I saw the world. I did lots and lots of things that I’m glad I did. I went to places like India and Pakistan, Germany and Japan, Korea and Vietnam. I’m just tickled to death.”