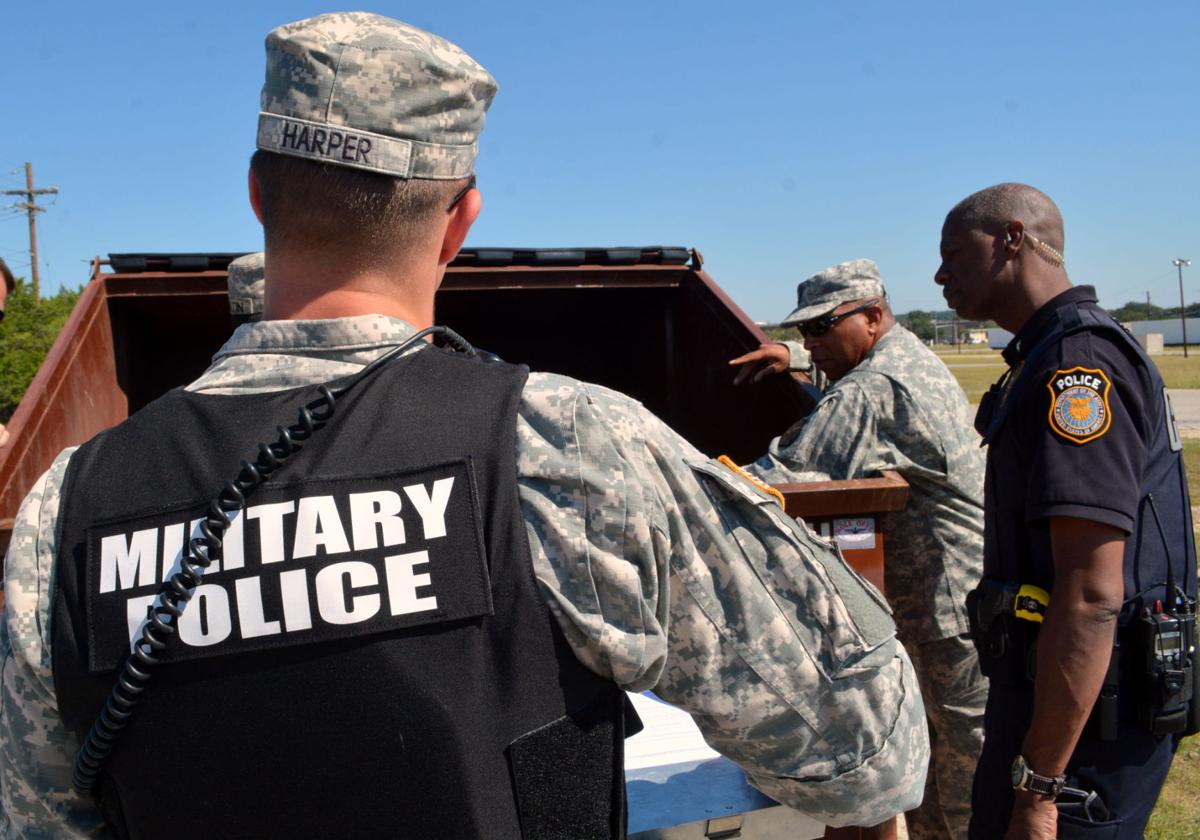 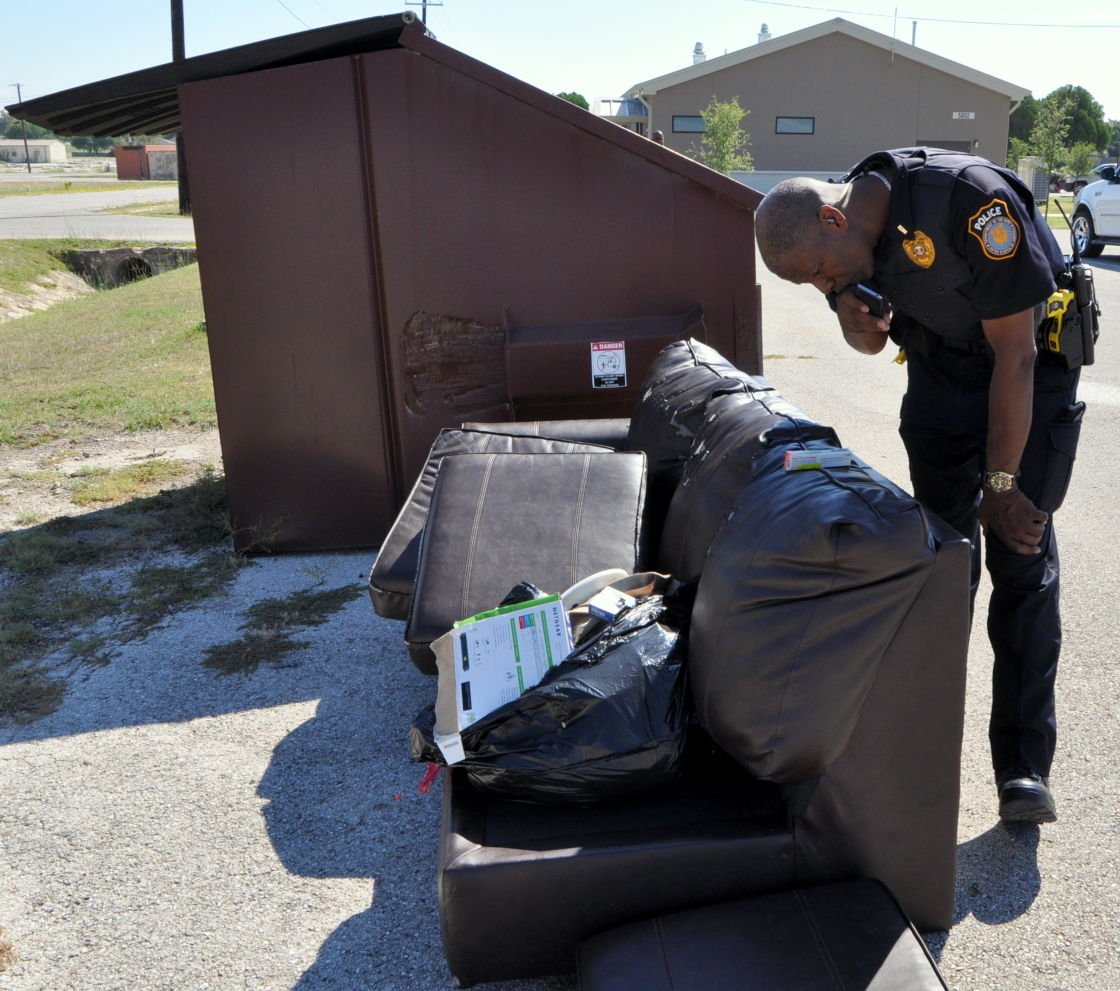 Lt. Calvin Baskerville, a civilian police officer for Fort Hood, investigate illegal dumping Monday Sept. 29, 2014 on Fort Hood, by calling in identification that was found with the trash. 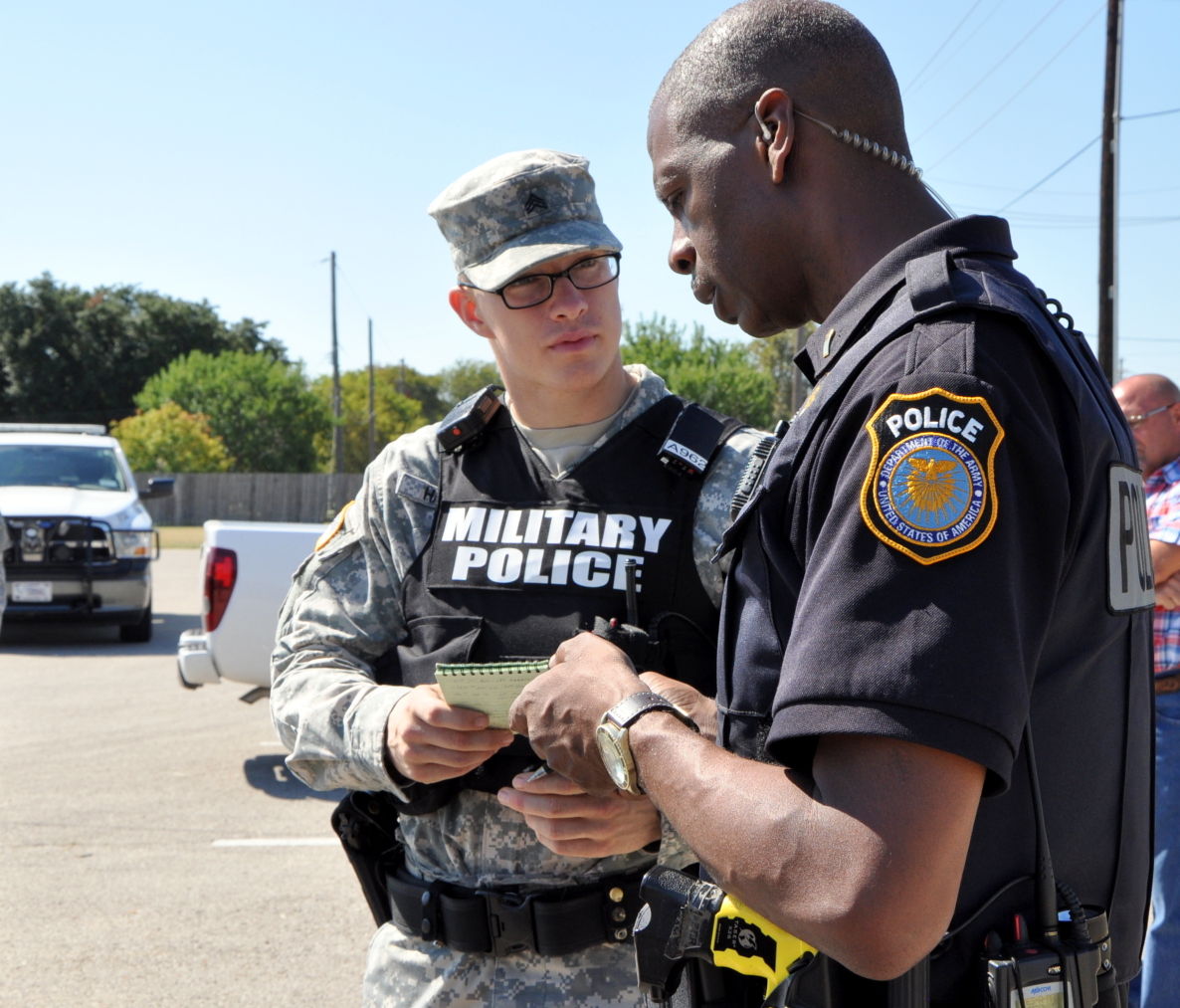 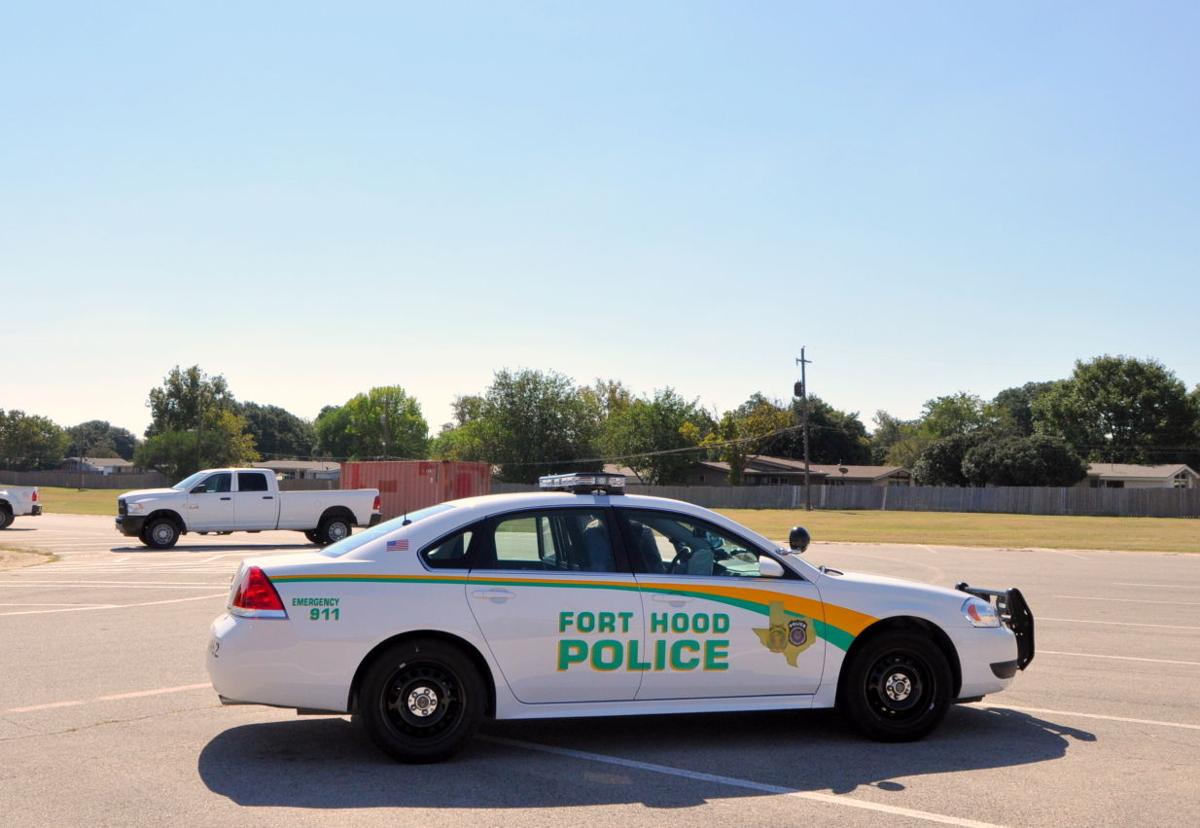 A Fort Hood Police cruiser is seen in a parking lot on Fort Hood Monday Sept. 29, 2014. 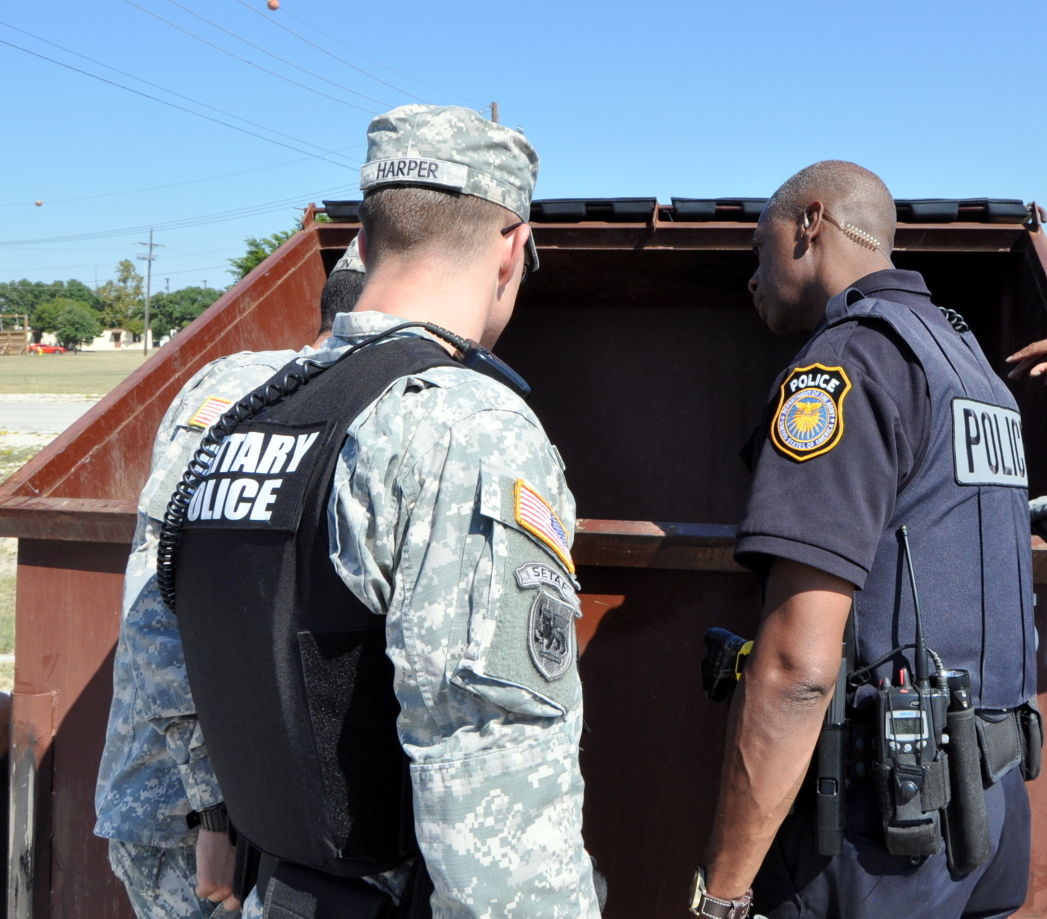 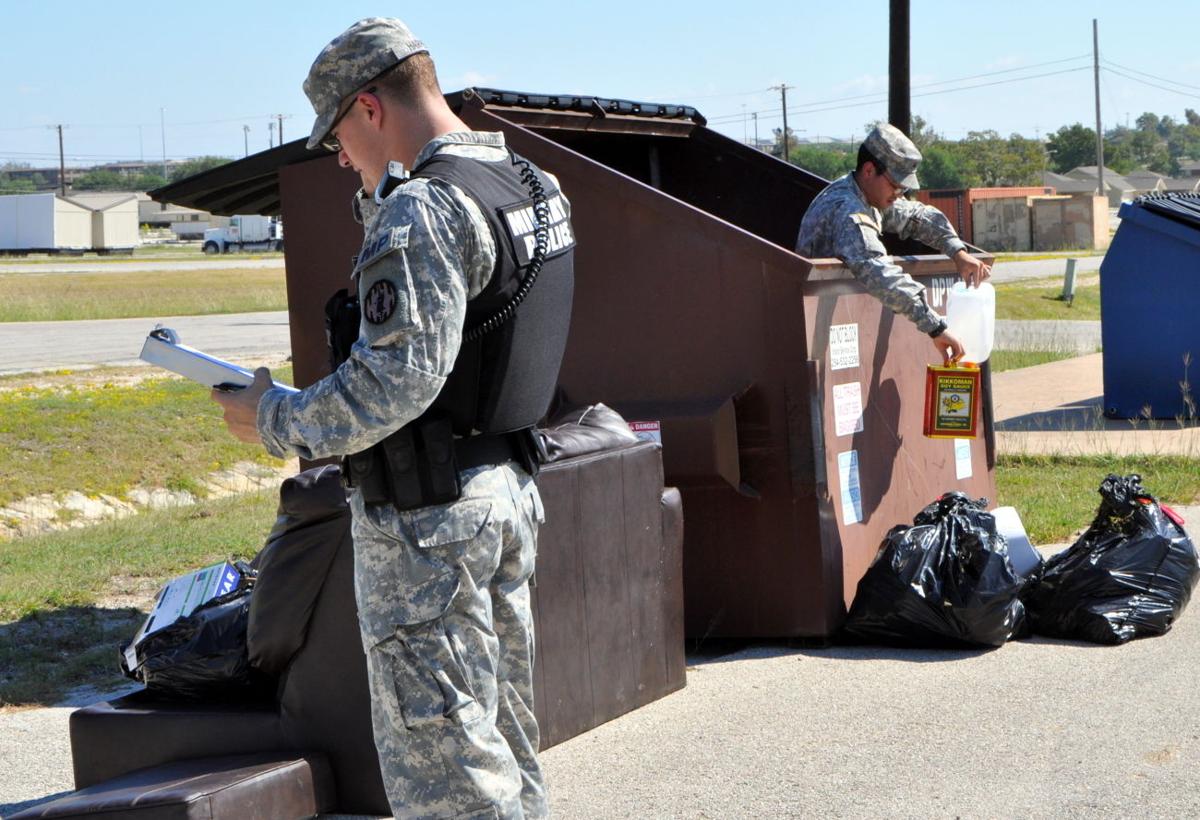 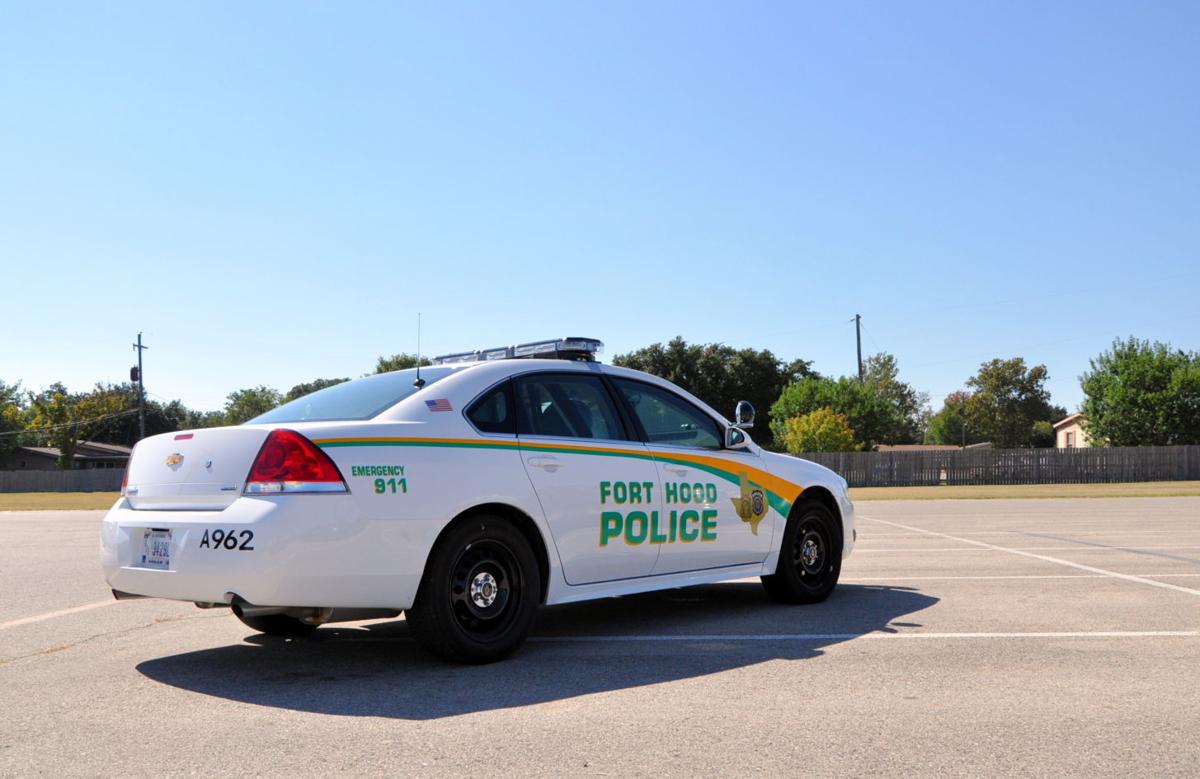 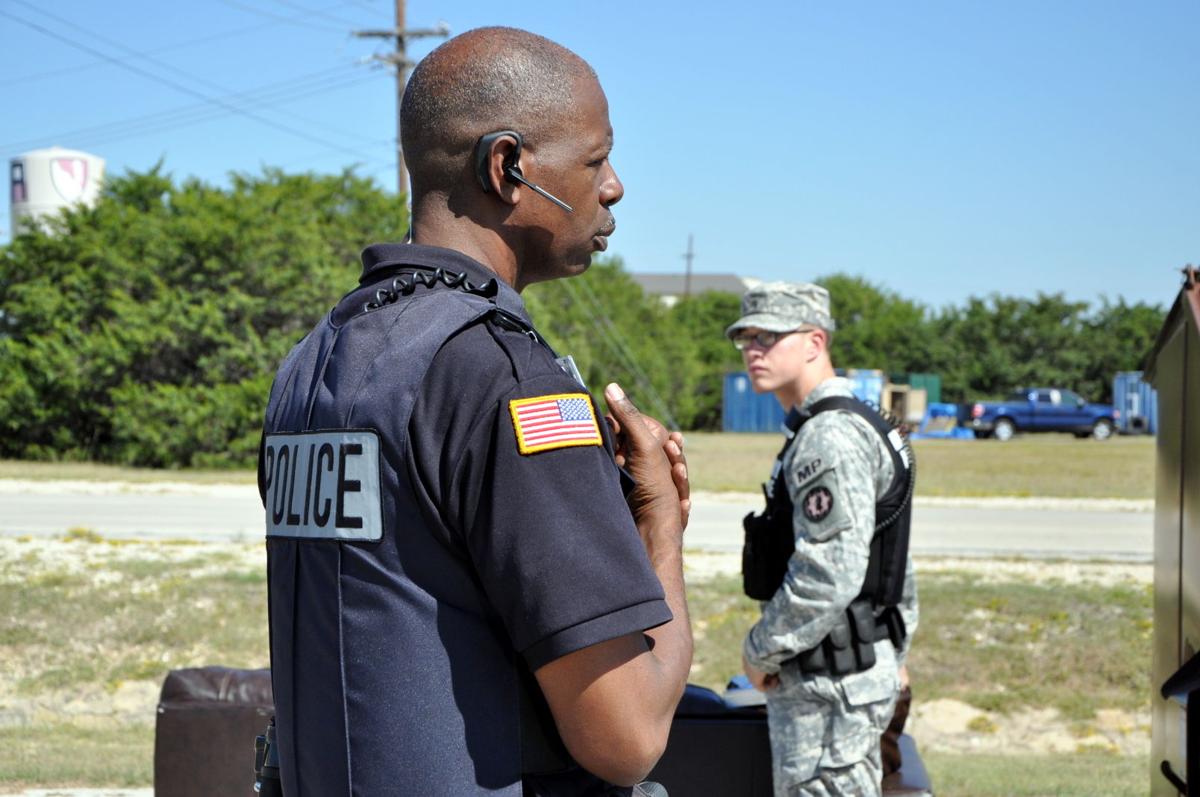 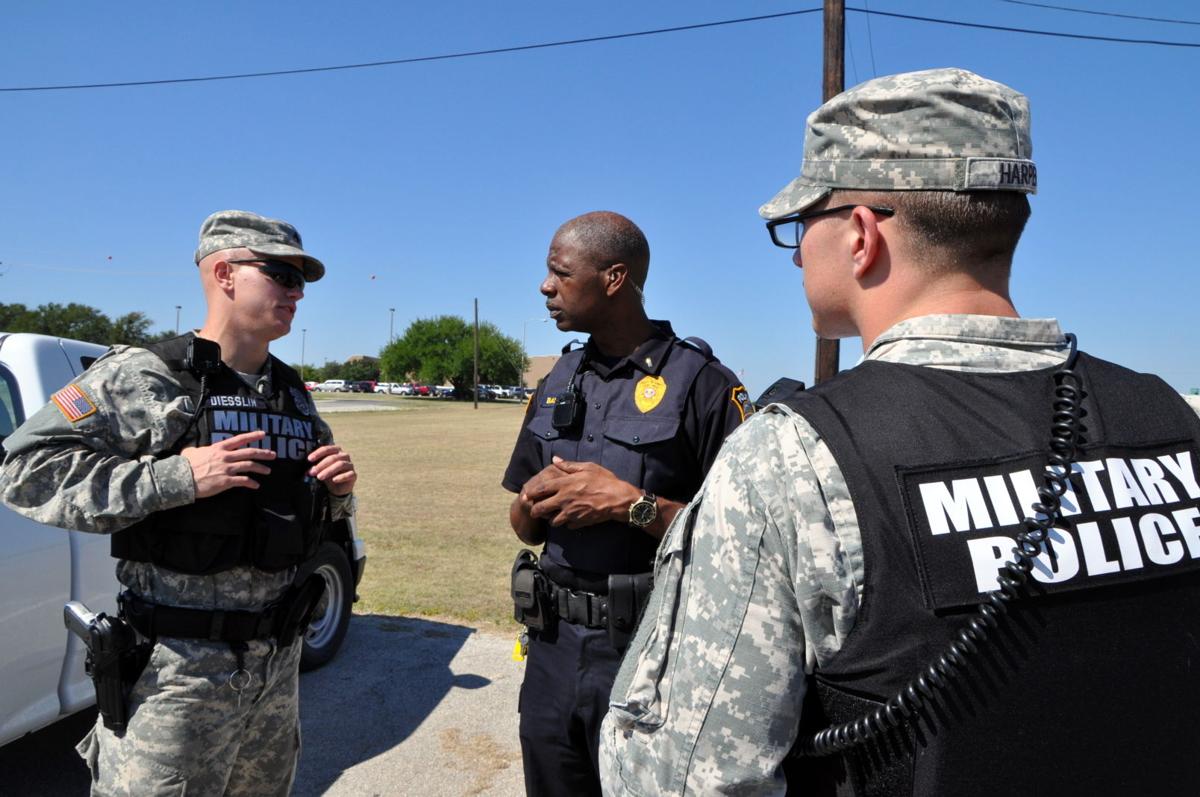 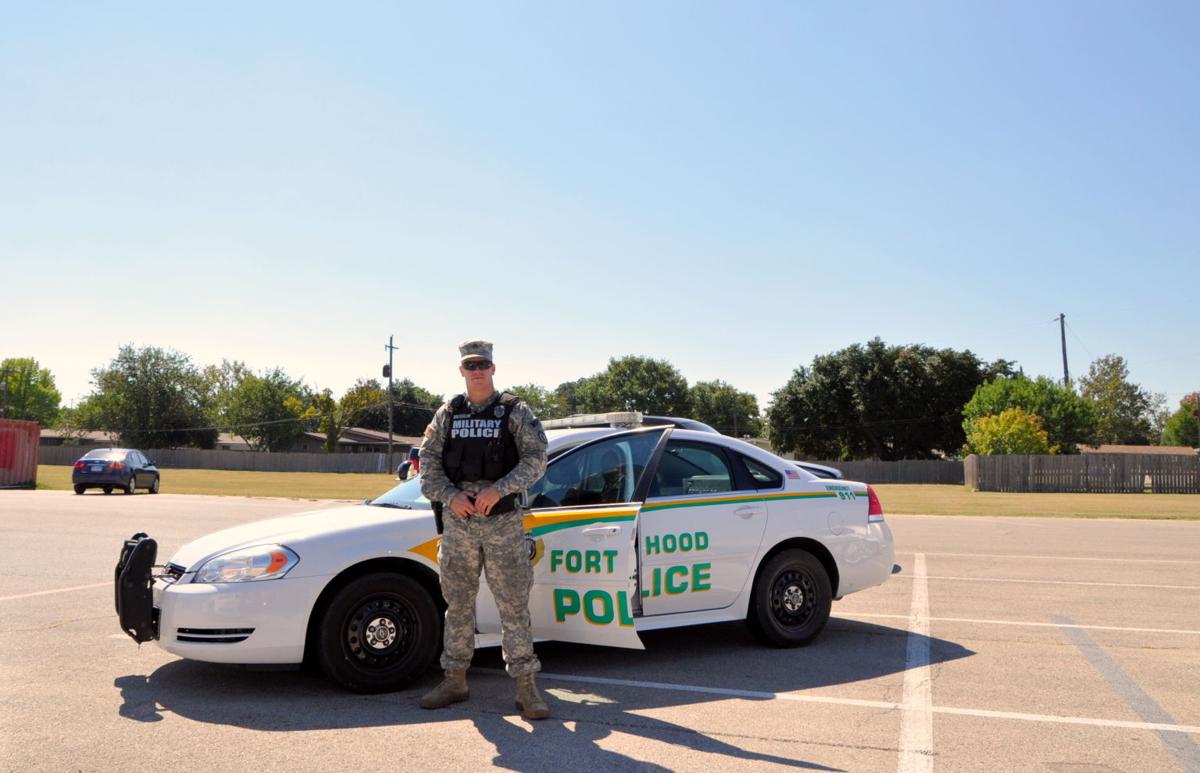 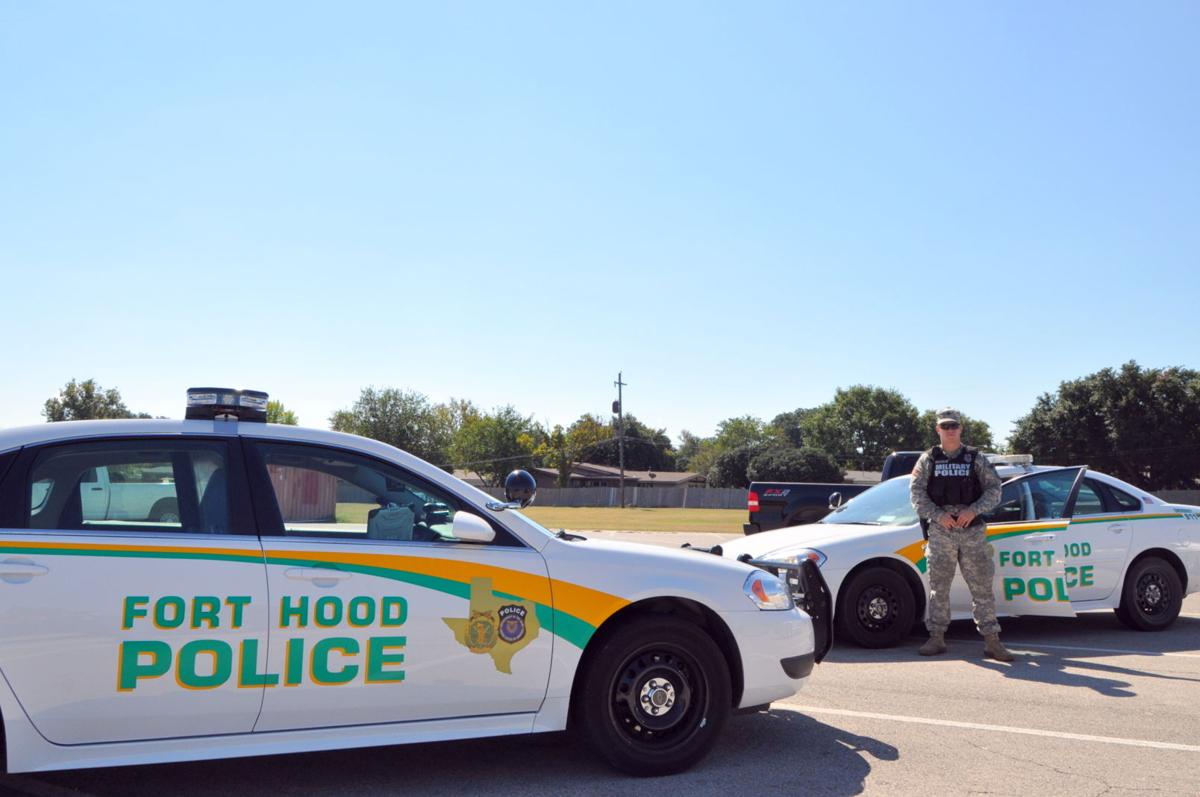 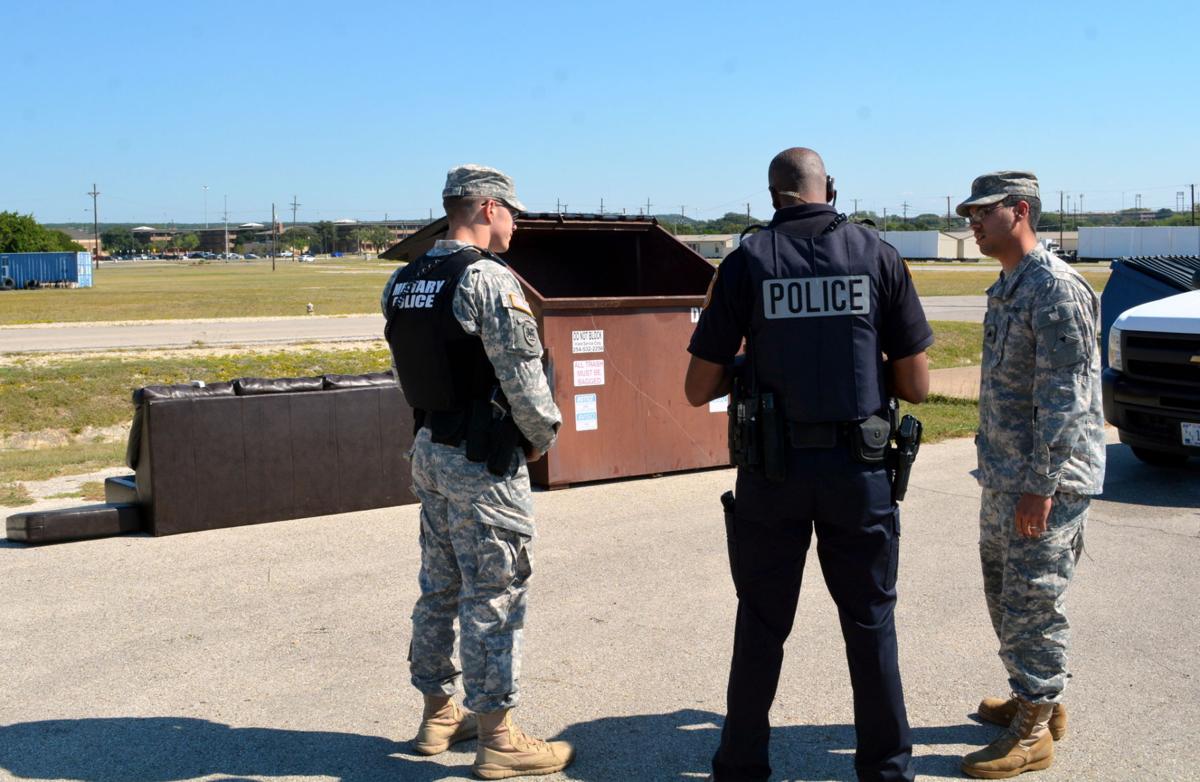 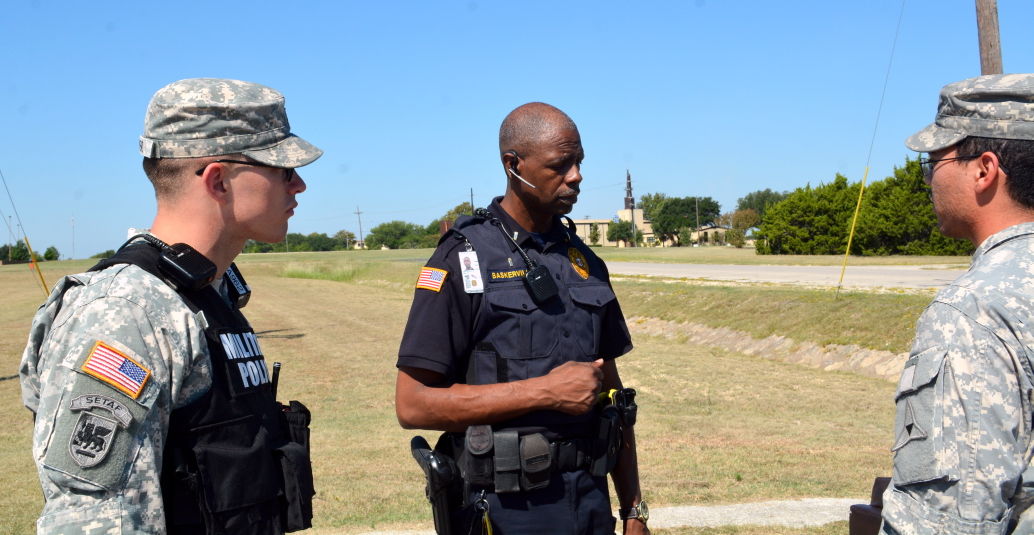 Lt. Calvin Baskerville, a civilian police officer for Fort Hood, investigate illegal dumping Monday Sept. 29, 2014 on Fort Hood, by calling in identification that was found with the trash.

A Fort Hood Police cruiser is seen in a parking lot on Fort Hood Monday Sept. 29, 2014.

Despite a small uptick in violent crime on post this year, Fort Hood residents are still significantly safer than those in the surrounding off-post communities, said Maj. Adam Stocking, Fort Hood police chief.

The violent crime rate at Fort Hood has stayed about 86 percent below the average of the surrounding communities since 2012.

Since last fall, violent crime made headlines on post beginning with a homicide in September 2013 in Montague Village. In January, a double-murder and suicide occurred in Pershing Park, followed by a shooting in Liberty Village in June. An on-post shooting in April, although not in a housing area, drew national headlines.

To look at the issues impacting residents’ safety at Fort Hood, the Herald requested the violent crime data for each of Fort Hood’s housing villages, as well as the number of calls for service and arrests. Stocking then reviewed the data and explained what it means for residents.

“Homicide is so random we can’t really identify a trend in it,” Stocking said. Sexual assault and battery are two crimes where police can track trends, and Fort Hood recently adopted the CompStat data tracking system also used by the Killeen Police Department.

“The Army is a microcosm of society. It has all the problems America has,” Stocking said. “For crime, we have a lot more tools at our disposal.”

Patrolling in a controlled environment such as Fort Hood does have advantages over civilian police work, he added.

“We don’t have violent felons and ex-cons wandering the streets,” he said. “They stay away because they know it’s a federal charge. ... That’s the biggest difference patrolling on post.”

To combat crime on post, Fort Hood divided the installation into four sectors, with the fourth including all housing villages not on the main cantonment area — Pershing Park, Venable, Liberty and Kouma Villages, and Montague, which is behind the West Fort Hood gate, but south of U.S. Highway 190.

The four sectors are each matched with the four military police companies under the 89th Military Police Brigade.

“This has helped us to identify where the problem areas are, the repeat offenders and the usual suspects,” Stocking said. “We get a lot of feedback from the residents. ... Every village has its own particular concerns or issues.”

“You get to know the area very well,” he said Monday while responding to an illegal dumping call. “When you do walking patrols, you get to meet people and ask what they need help with.”

Stocking said the most outspoken residents are those in the unguarded housing villages that make up the fourth sector. Most residents there are concerned about crime because there are no gate guards, but Stocking said there is more “fear of crime” than actual crime.

Those neighborhoods with the highest number of violent crimes since 2012 are Pershing, Comanche III, Kouma, Comanche II and McNair.

“Demographics play into it. Nationwide, the highest crime rate is among 18- to 25-year-olds, regardless of race or ethnicity. It’s the same for us, too,” Stocking said.

They’ve looked into guarding or closing off some of these open gates, but Stocking said residents tend to complain about that as well. Others, particularly those in Pershing, can’t be closed off because they are response routes for the Fort Hood Fire Department.

Despite the rise in violent crime, the number of calls for service on post have dropped over the same time period.

“We are looking into it,” the police chief said. It could be related to the on-post population size, which has dropped. In November 2012, about 18,000 family members lived on post. Now there are about 16,000. Residents in Comanche II placed the most calls for service since 2012, followed by Pershing, Comanche III, Kouma and Chaffee.

At the end of the day, Stocking said theft causes the most problems at Fort Hood, but the rate of it is still well below that of off-post communities.

Most theft stems from residents leaving items in their vehicles or the car doors unlocked, Stocking said.

“The main thing is, everybody, for the most part, wants to be here,” Stocking said. “They volunteered to join the Army, and 99 percent of people want to be here. There’s always that 1 to 2 percent that are your troublemakers.

“The takeaway is you’re still a lot safer on Fort Hood than anywhere else in Texas.”

Rose L. Thayer is the military editor for the Killeen Daily Herald. She joined the paper in February 2011 as a health and military reporter. View her complete profile Here. You can contact Rose L. Thayer at rthayer@kdhnews.com or (254) 501-7463. Follow her on Twitter at KDHmilitary.

Rose L. Thayer is the military editor for the Killeen Daily Herald. She joined the paper in February 2011 as a health and military reporter. View her complete profile Here.