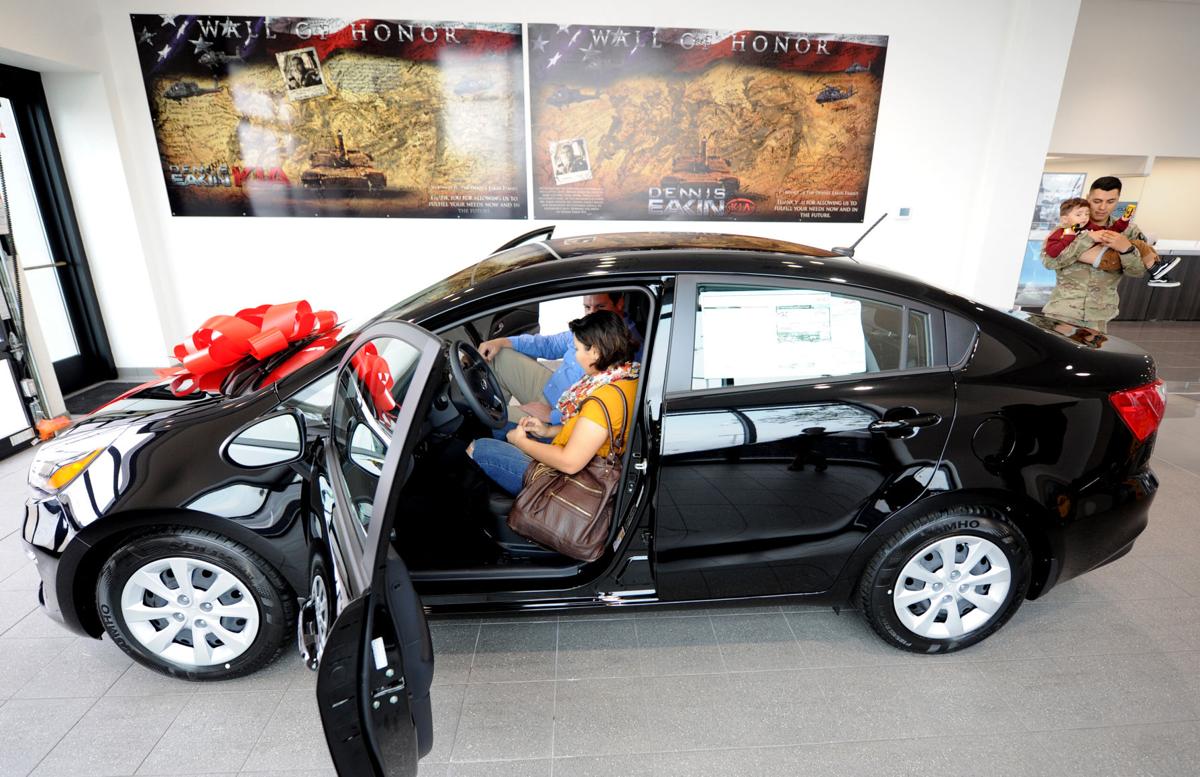 Spc. Michael Pruneda walks around as his wife Ariana checks out the interior of their new 2017 Kia Rio LX that was presented to them during the Dennis Eakin Kia Grand Opening and Military Appreciation Giveway sponsored by Dennis Eakin KIa and Bell Glass on Friday, September 19, 2017. 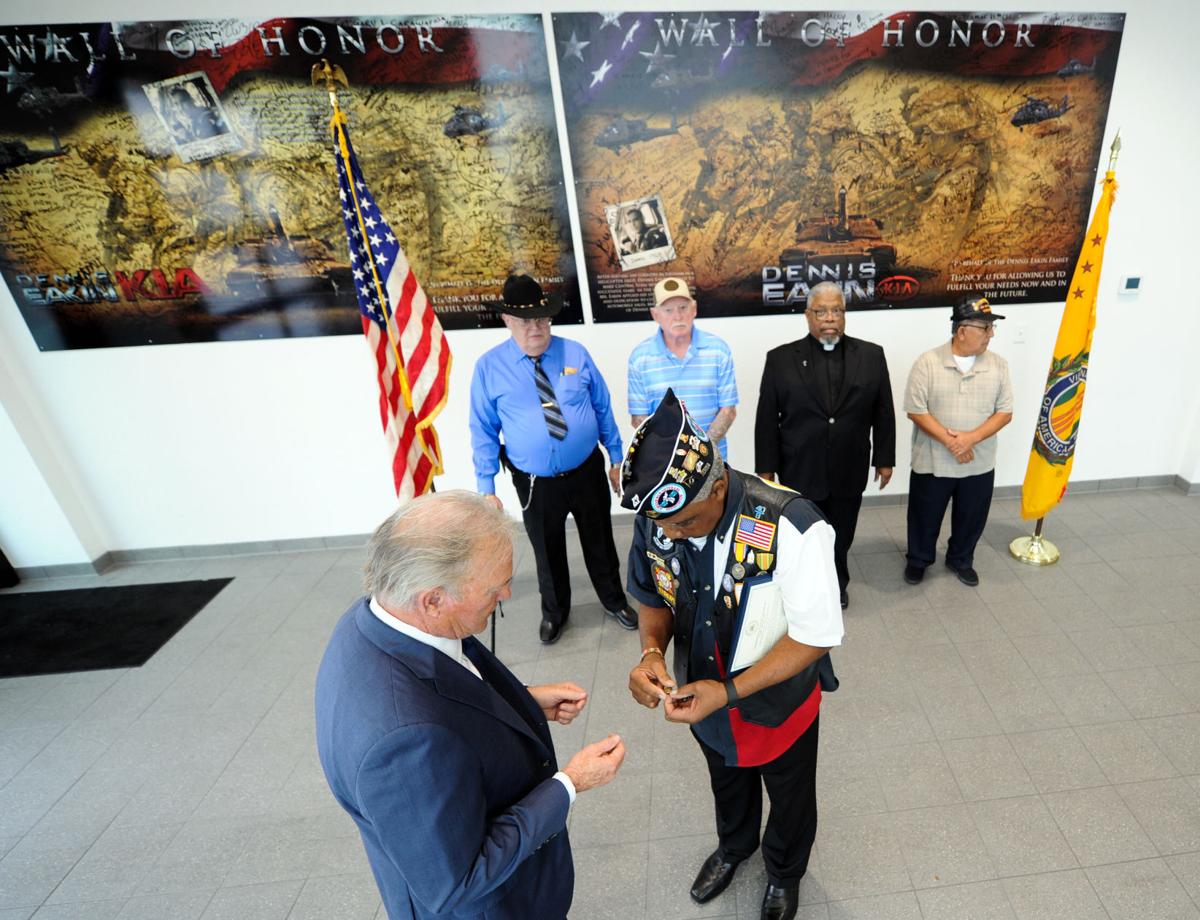 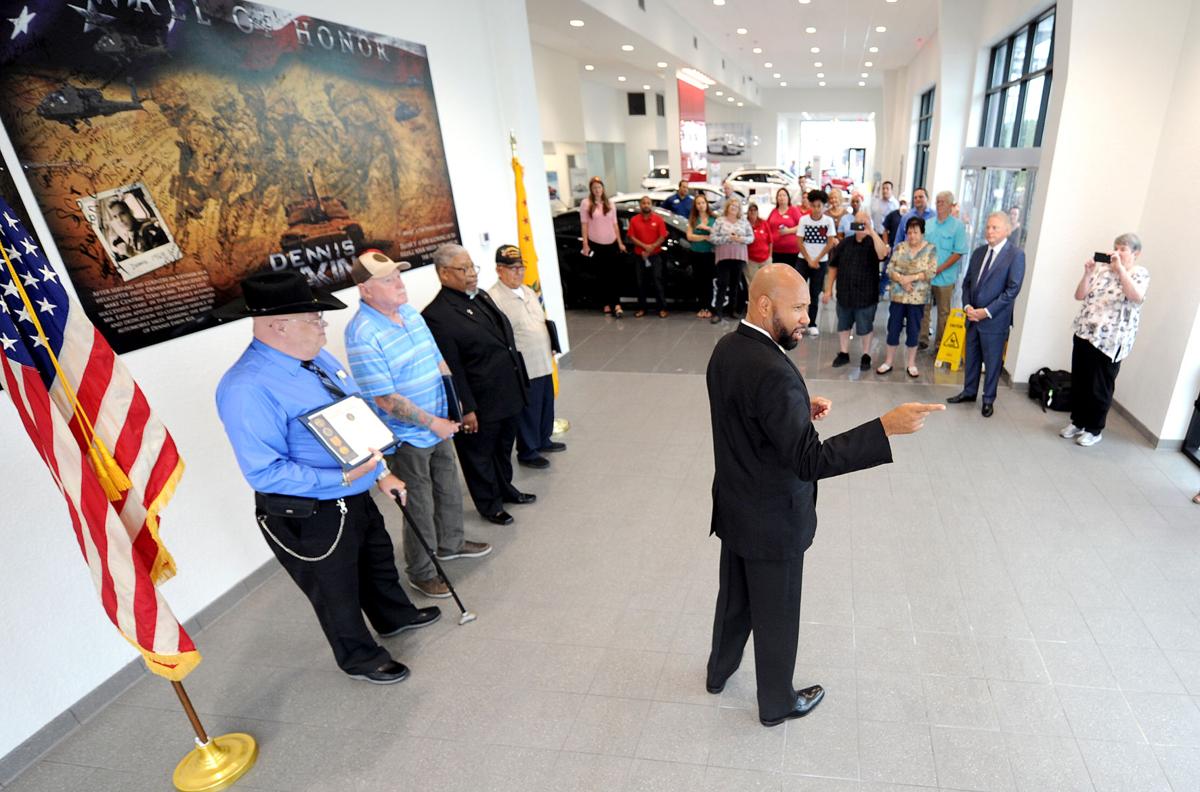 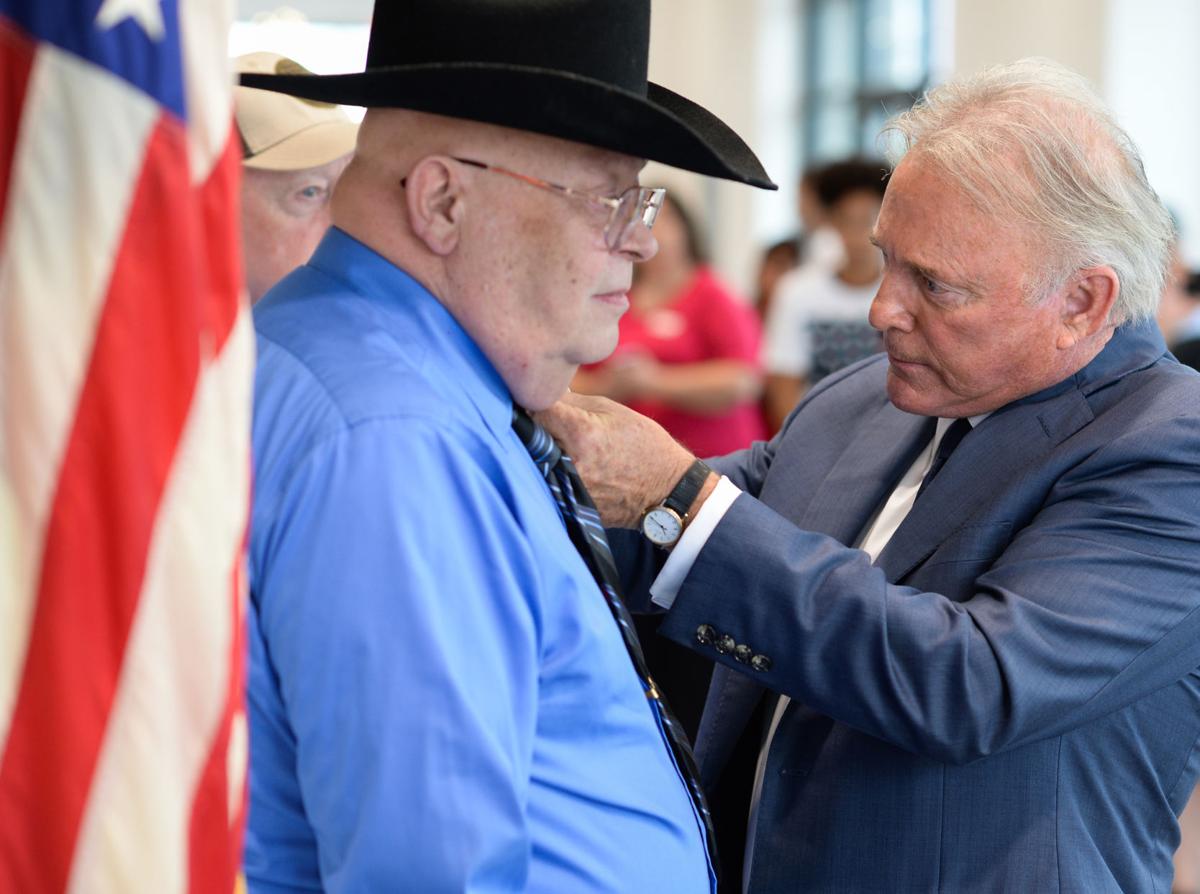 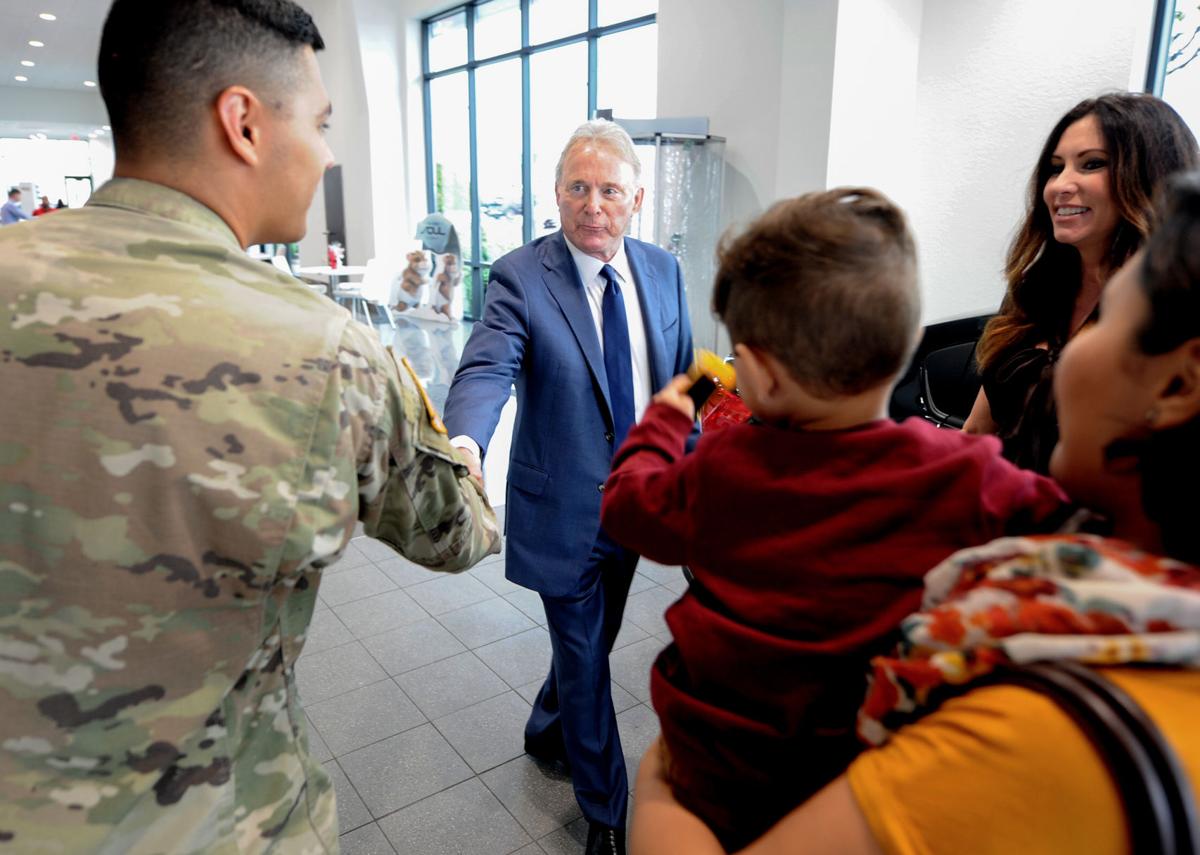 Spc. Michael Pruneda walks around as his wife Ariana checks out the interior of their new 2017 Kia Rio LX that was presented to them during the Dennis Eakin Kia Grand Opening and Military Appreciation Giveway sponsored by Dennis Eakin KIa and Bell Glass on Friday, September 19, 2017.

KILLEEN — The smiles of four Vietnam veterans brightened the gloomy morning Friday as they were honored for their service during by Dennis Eakin Kia in partnership with retired Army 1st Sgt. Eddie Bell Jr., state president and national director of the Department of Texas Korean War Veterans Association.

Jones wants the message about his fellow service members to reach more ears.

“This is a big thing,” Jones said. “I’m hoping that it will spread across this country to tell those that are still living, Vietnam vets, that it did matter and that we were doing something that, at that time, no one else was willing to do.”

Jones served in the Army and the Marine Corps from 1966-1987 and currently works as a minister and pastor.

Solis cherished the time he was able to spend with his brothers-in-arms.

Beach, who retired after 17 years of service, appreciated the event and the significance it holds for him and his comrades.

“When we came back we didn’t get recognized,” said Beach. “We’re definitely proud of our country and we appreciate this, but more information needs to be passed around so other Vietnam veterans can be recognized as well.”

In addition to the Vietnam veteran pinning ceremony, Dennis Eakin Kia also collaborated with Bell Glass for a vehicle giveaway to a veteran family in need.

Spc. Michael Pruneda and his wife, Ariana and son Nicholas, 2, were chosen out of 400 soldiers involved with the program to receive a brand new 2017 Kia Rio LX. The family has been without a vehicle since they arrived at Fort Hood two years ago.

The Prunedas were incredibly humbled to be chosen for the giveaway and said “they are so happy to receive such a great honor.”

“I think the program is amazing,” Ariana said. “There are a lot of families out there who are in need of another vehicle and what they’re doing here is just amazing. It means the world to us.”

“We weren’t expecting this at all,” Michael added. “It’s a really nice car, it’ll help us out so much.”

The Prunedas are expecting another child, a girl, due in January.