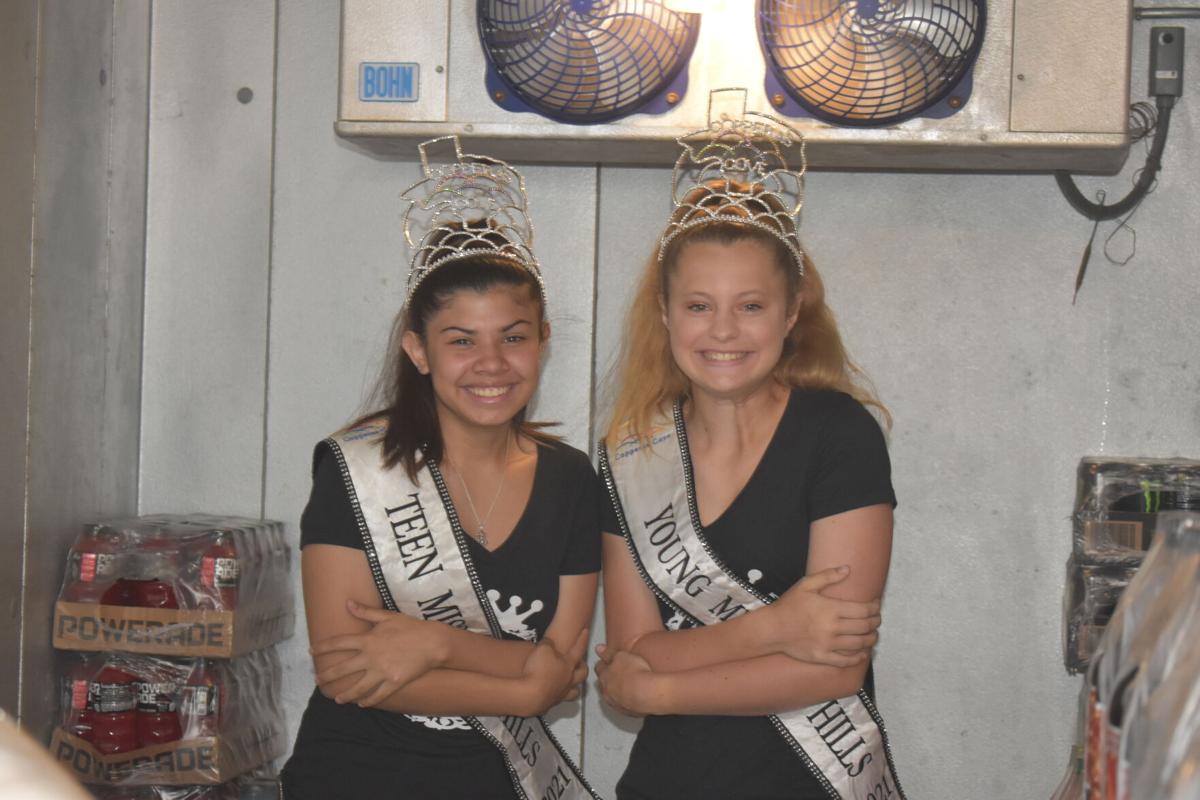 Courtesy photo Teen Miss Five Hills Angelica Torres and Young Miss Five Hills Emily Kimball shiver in the cooler during a tour of the Fort Hood Convoy location of Domino’s Pizza that hosted a private party for the titleholders. 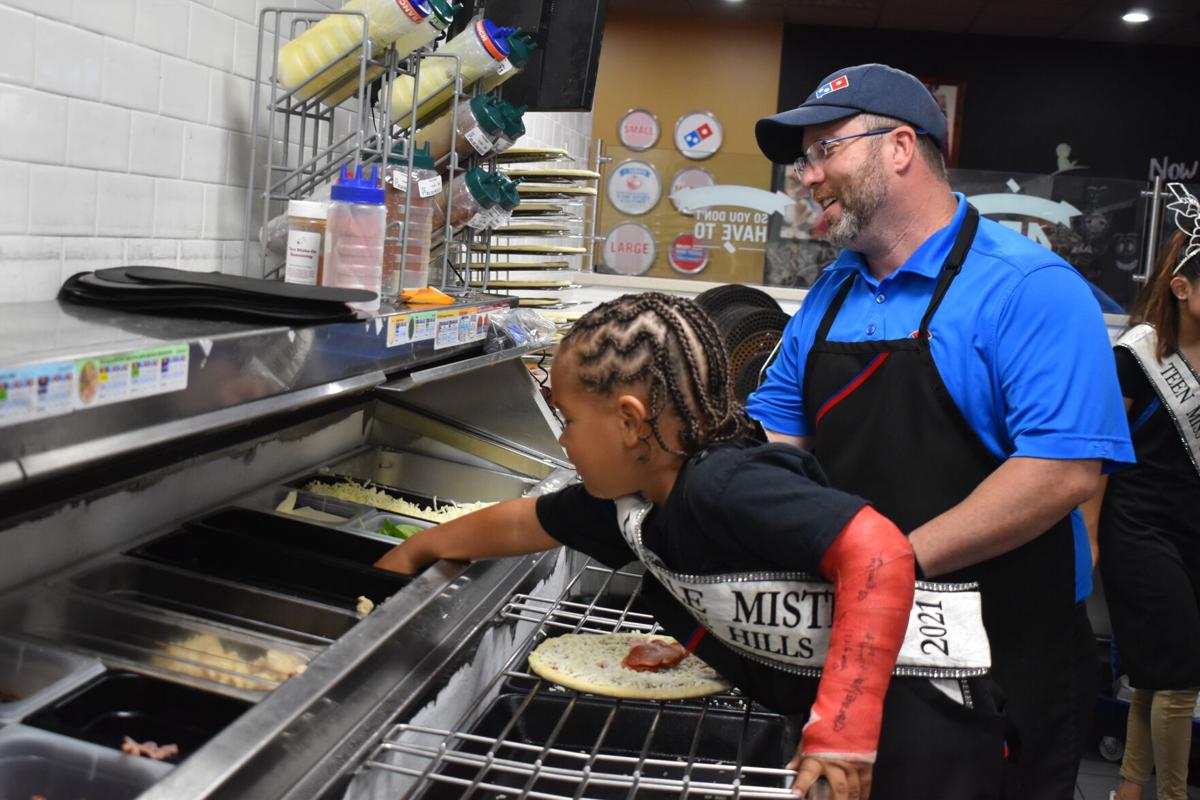 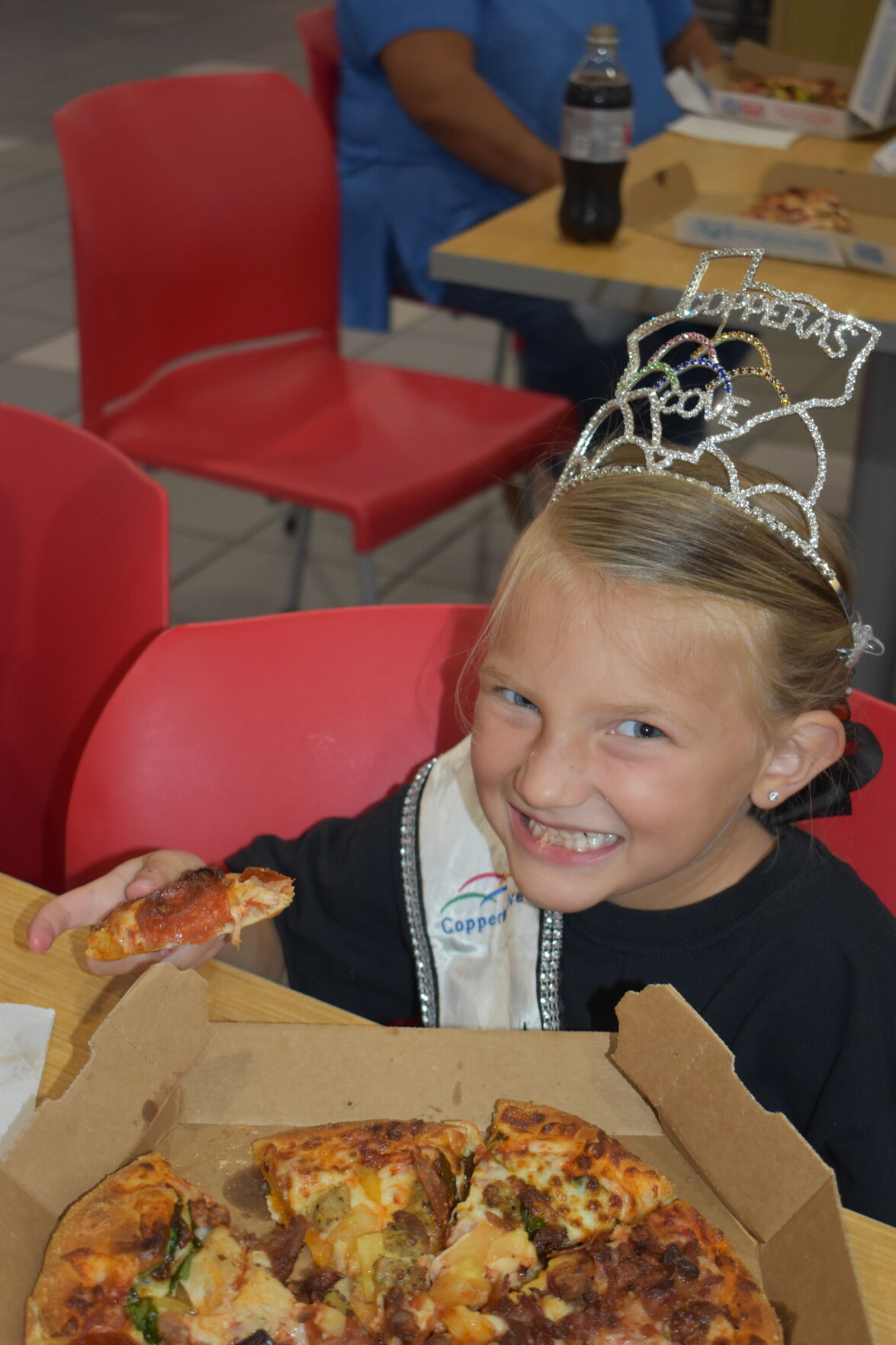 Courtesy photo Teen Miss Five Hills Angelica Torres and Young Miss Five Hills Emily Kimball shiver in the cooler during a tour of the Fort Hood Convoy location of Domino’s Pizza that hosted a private party for the titleholders.

For the seventh consecutive year, Domino’s Pizza on Fort Hood turned beauty queens into pizzaiolos, teaching them the secret to making their delicious Italian pies.

Domino’s Pizza partners with the Miss Five Hills Scholarship Pageant each year to host the newly crowned royalty for a private pizza party. Titleholders wear the official Domino’s aprons and get creative making their very own pizzas.

District manager Robert Bouvier hosted a tour of the Convoy location for the titleholders before putting them to work behind the counter.

“These young leaders inspire and motivate our community everyday through their contributions,” Bouvier said. “We’re very honored to be involved with such an amazing organization.”

Titleholders learned the operations of the restaurant starting with fresh ingredients being unloaded from the truck and placed into the cooler, where temperatures hover around 38 degrees to ensure items do not freeze.

“I love all that we learn during our tour as well as making our pizzas,” Young Miss Five Hills Emily Kimball said. “It is a specific process, and while it can be customized based on a person’s preferences, there really is a science to it.”

“I really loved getting to see everything and my favorite part, besides making the pizza, was getting to go inside the freezer because it is cold in there,” Copperas Cove Five Hills Junior Ambassador Maddox Tobias said. “On a scale of 1-10, I give Domino’s a 100.”

“Pizza is my favorite thing to eat. It was a treat for me to see how the pizza was made and getting to make my own pizza and watch it come out of the oven,” Junior Mister Five Hills Nathan Garner, 9, said. “The pizza tasted even better because I made it.”

“I personally tried new toppings that included bacon, pepperoni, along with onions, rather than my normal favorite plain cheese pizza,” Torres said. “It was delicious, and this might be my new favorite.”

“Braelyn is such a picky eater and watching her pile on all kinds of ingredients like pineapple, pepperoni and spinach was shocking to me. Much to my surprise, she actually ate it and enjoyed it,” said Christy Liles, Braelyn’s mother. “Thanks to Domino’s for this because she rarely eats meat, and now maybe she will be more open to meat options and trying new things.”

Junior Miss Five Hills De’Ziyah Gilbert, 8, said it was very thoughtful of Domino’s to “do something so special” for the titleholders.

“This event was full of excitement for us little kids,” Gilbert said. “They took out time to show us their daily routines and how to make the perfect pizza for customers. They also said that good customer service is very important.”