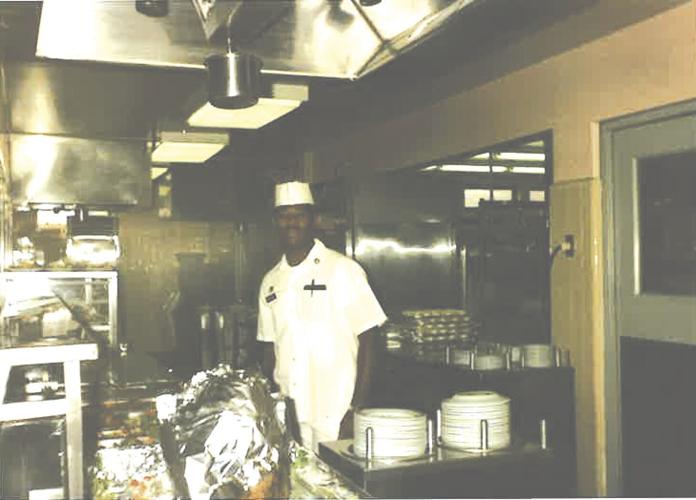 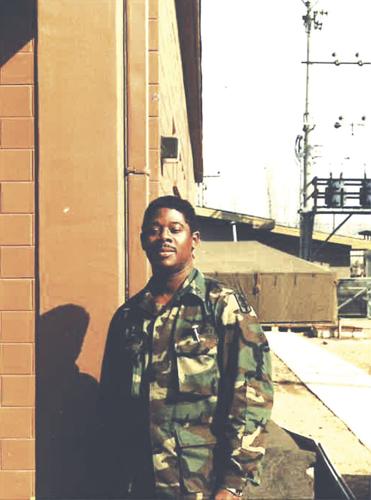 COPPERAS COVE — Clarence “Gil” Gilyard never once imagined joining the military as he grew up near Orlando, Fla., going to school and spending summers traveling up and down the East Coast picking farm crops.

The now 75-year-old Copperas Cove resident was hoping to continue his education in college, but those ambitions were interrupted by a surprise notification from Uncle Sam.

“We went from Florida to New York and back every year, picking different things — potatoes, peaches, everything,” Gilyard said. “We’d leave home as soon as school was over in June and then we came back in time for the start of the next school year. We went to school and worked in between.

“I hadn’t even thought about the military, until I got that letter in the mail that said, ‘Greetings.’

“I had never thought about getting drafted, but no, I wasn’t upset about it. Do you think you’d be upset when you’re out there working every day, sunup to sundown? I wasn’t mad at all. I figured I’d just go in, do 20 years and get out.

“I was on my way to work up in New Jersey. I let ‘em know where I was at, and then when I went back home, they sent me another letter and I reported for duty in December.”

That was December 1965 and Gilyard soon found himself reporting for U.S. Army boot camp at Fort Benning, Ga., home of the infantry. He was one of 2.2 million Americans drafted from an eligible pool of 27 million between 1964 and 1973, when the draft was discontinued.

“Basic training was great,” he said. “No problems. I was there with a whole bunch of my friends. We all went there at the same time. It wasn’t bad at all for me.

“I learned a few things in basic. How to follow orders, for one. How to get in shape, for two.”

After AIT (advanced individual training) at Fort Sill, Oklahoma, where he learned to fire 105mm artillery cannons, it was off to Vietnam for the first of three combat tours in Southeast Asia. Gilyard was there from 1966-67, 1968-69 and 1970-71.

He participated in such major battles as the famed Tet offensive (January 1968), a coordinated series of attacks by the North Vietnamese on more than 100 cities and outposts in South Vietnam. The intent was to create rebellion among the civilian population and encourage the U.S. to cut back on its involvement in the war.

Gilyard finished all three tours unscathed and wound up serving nearly another 20 years, including three stints at Fort Hood, where he served with the historic 1st Cavalry Division, a unit formally activated in September 1921 at Fort Bliss, Texas. Early duties for the division included such things as “rough-riding” and patrolling the nearby Mexican border.

The 1st Cav, also known as First Team, fought in World War II, served occupation duty in Japan, saw combat in Korea including patrols along the Korean DMZ, airmobile warfare in Vietnam, desert fighting in the Persian Gulf War, the war on terror in Iraq and Afghanistan, and peacekeeping in Bosnia.

His Army MOS (military occupation specialty) had been changed from artillery to food services, and he worked the last few years of his career as a cook. Two weeks after the sergeant first class retired in 1990 from Fort Hood, he went to work for four years as a cook on oil rigs in the Gulf of Mexico.

Wanting to be closer to his family back home, Gilyard left the oil business and took a job as a manager for a cleaning services company in Copperas Cove, where he worked until retiring for good in 2007 after undergoing prostate surgery.

Looking back on his unplanned 24-year military career, Gilyard says he has no regrets whatsoever about being drafted.

“Absolutely not. I had planned on going to school (college). That was my intention, but the military changed my mind and I’m glad they did.

“For one thing, I have a retirement that comes in handy, and plus I went a lot of places and did a lot of things I wouldn’t have been able to do if I hadn’t gone in the Army.

“I’d probably still be at home (in Florida) working up and down the highway. I wouldn’t doubt it. You never know, though. I also worked for a lumber company, and I made good money for back then, so I probably would have stayed there.

“The highlight of my career was probably when I made E-7 (sergeant first class). That’s when I was in Germany and I had just become a cook. I had two brothers-in-law who also were in the military, and they called me to tell me I had made it. I wasn’t reading Army Times (newspaper), so I didn’t know anything about it. Everybody else knew, but me.”

His wife of 35 years, Grady Elizabeth, died two years ago but with 15 grandchildren in the family and six great-grandkids, Gilyard stays plenty busy and never gets too lonely. Known by those closest to him as “Gil,” he grew up with eight sisters and three brothers, all of whom are still alive and well, and so he feels right at home with a house full of activity.

“Oh, yes, the little ones keep me very busy. They always want something. You know how that is.”

For young men and women considered a career in the military, or still early in their career, Gilyard says the key to success is to never stop learning.

“It’s a good opportunity,” he said. “They just have to make sure they listen and pay attention to what they’re doing. Soak up all the knowledge you can get.

“Take advantage of every opportunity you get. Make sure you go to school — the NCO (noncommissioned officer) Academy and all that stuff. It comes in handy.”

Do you think the soaring price of gas will impact your summer vacation plans?