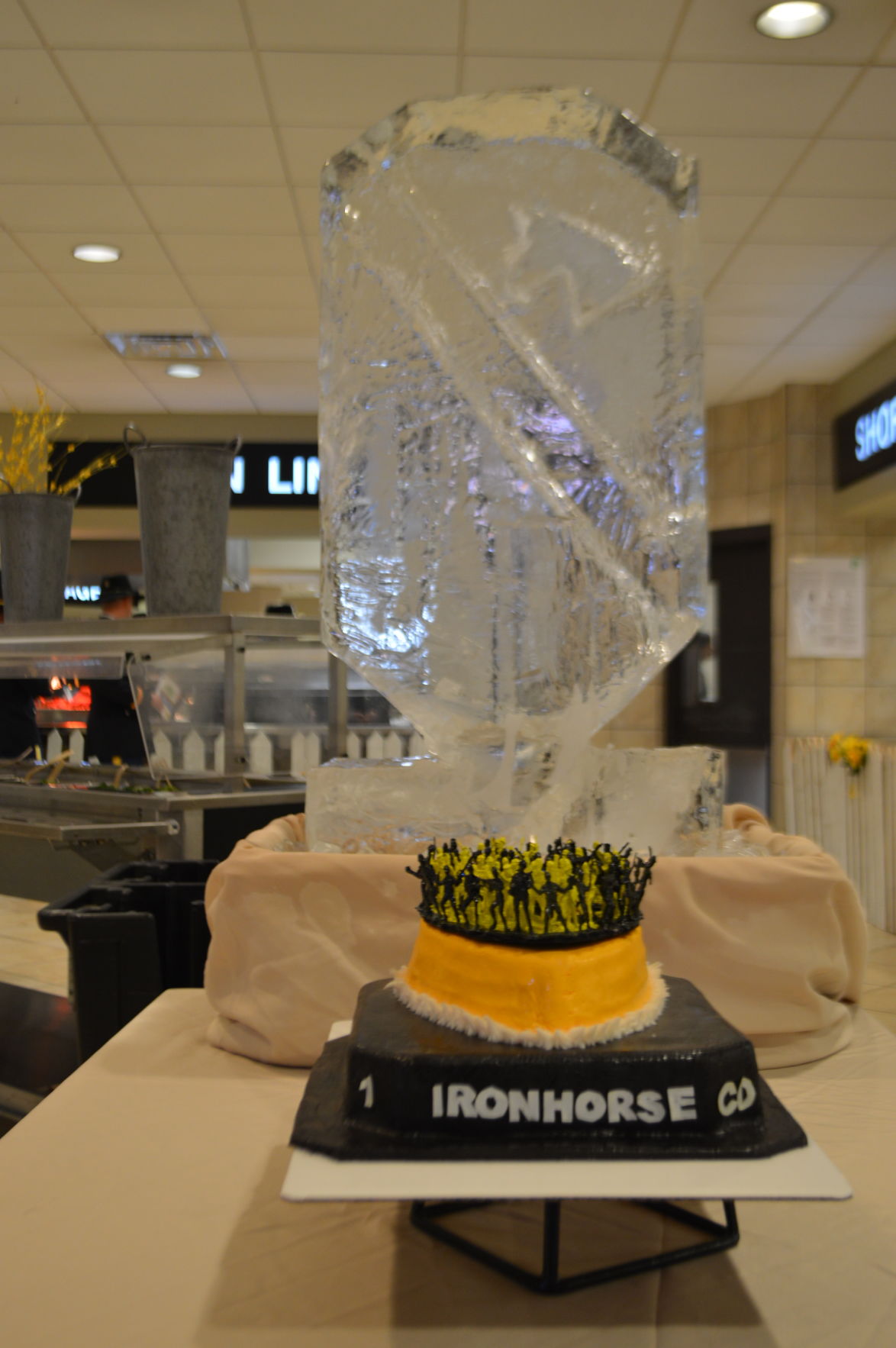 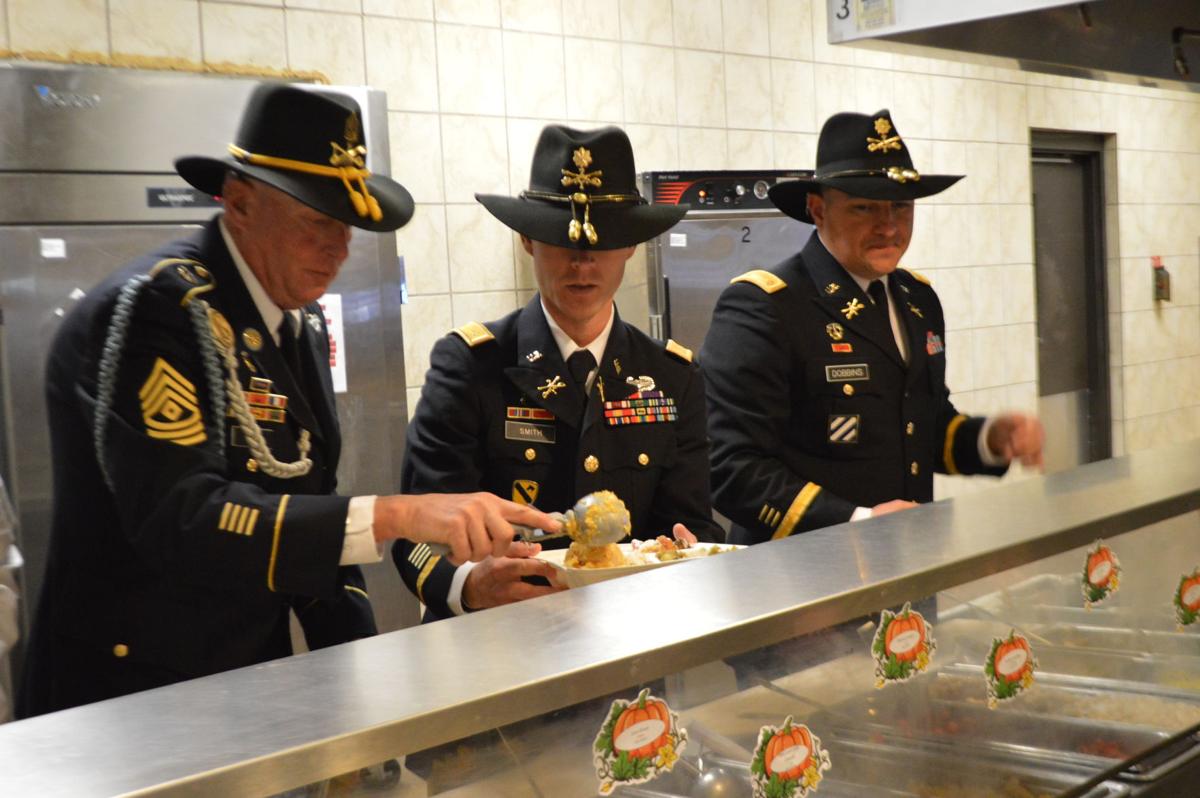 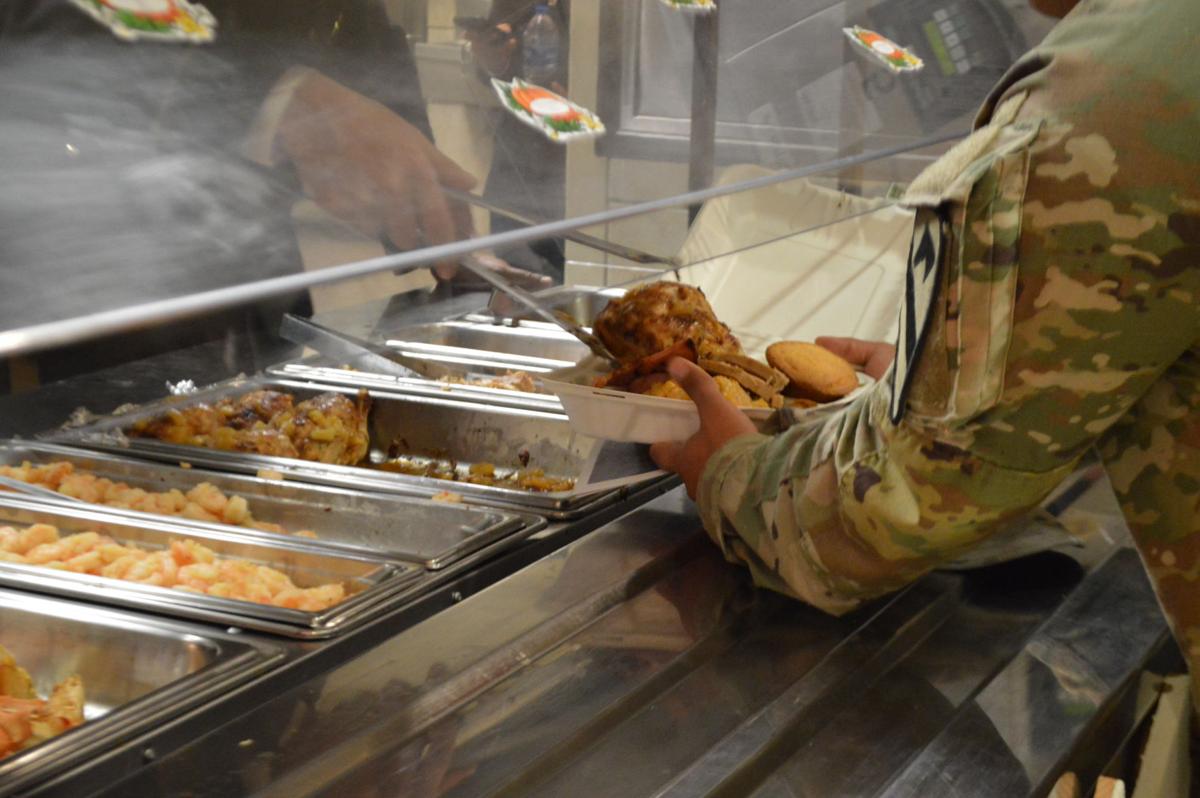 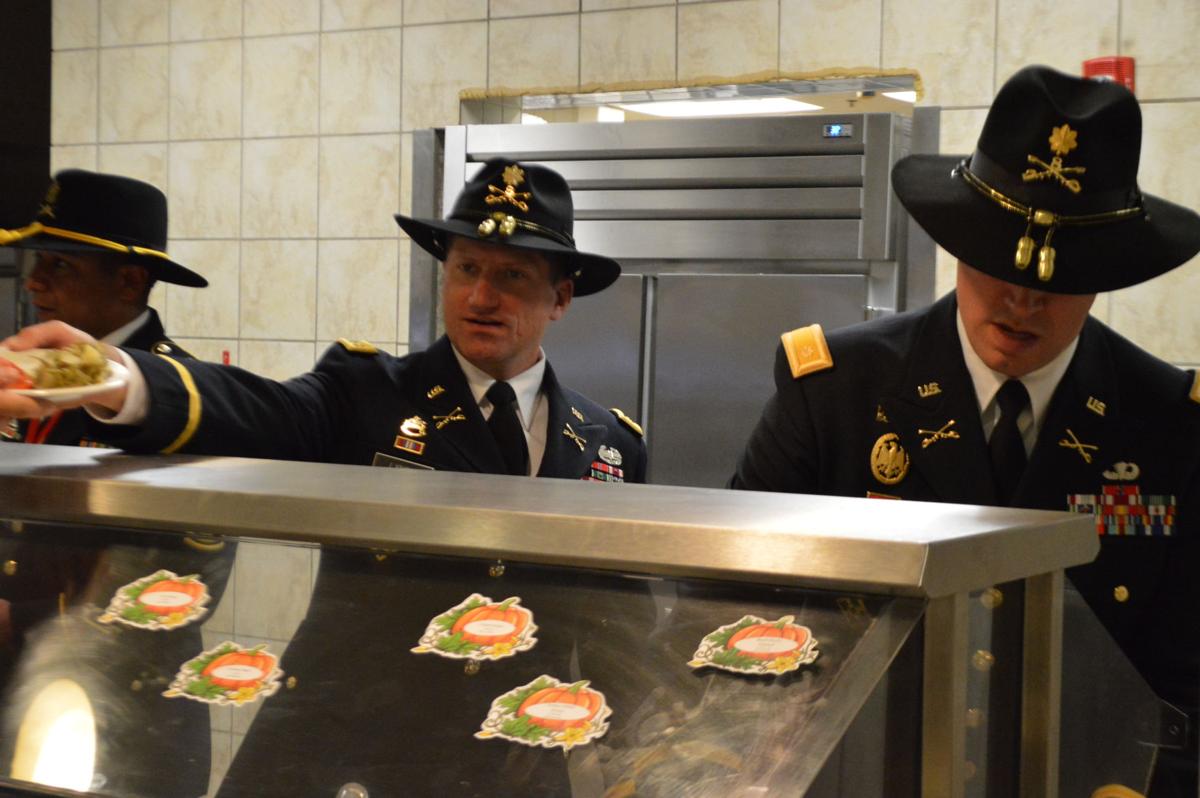 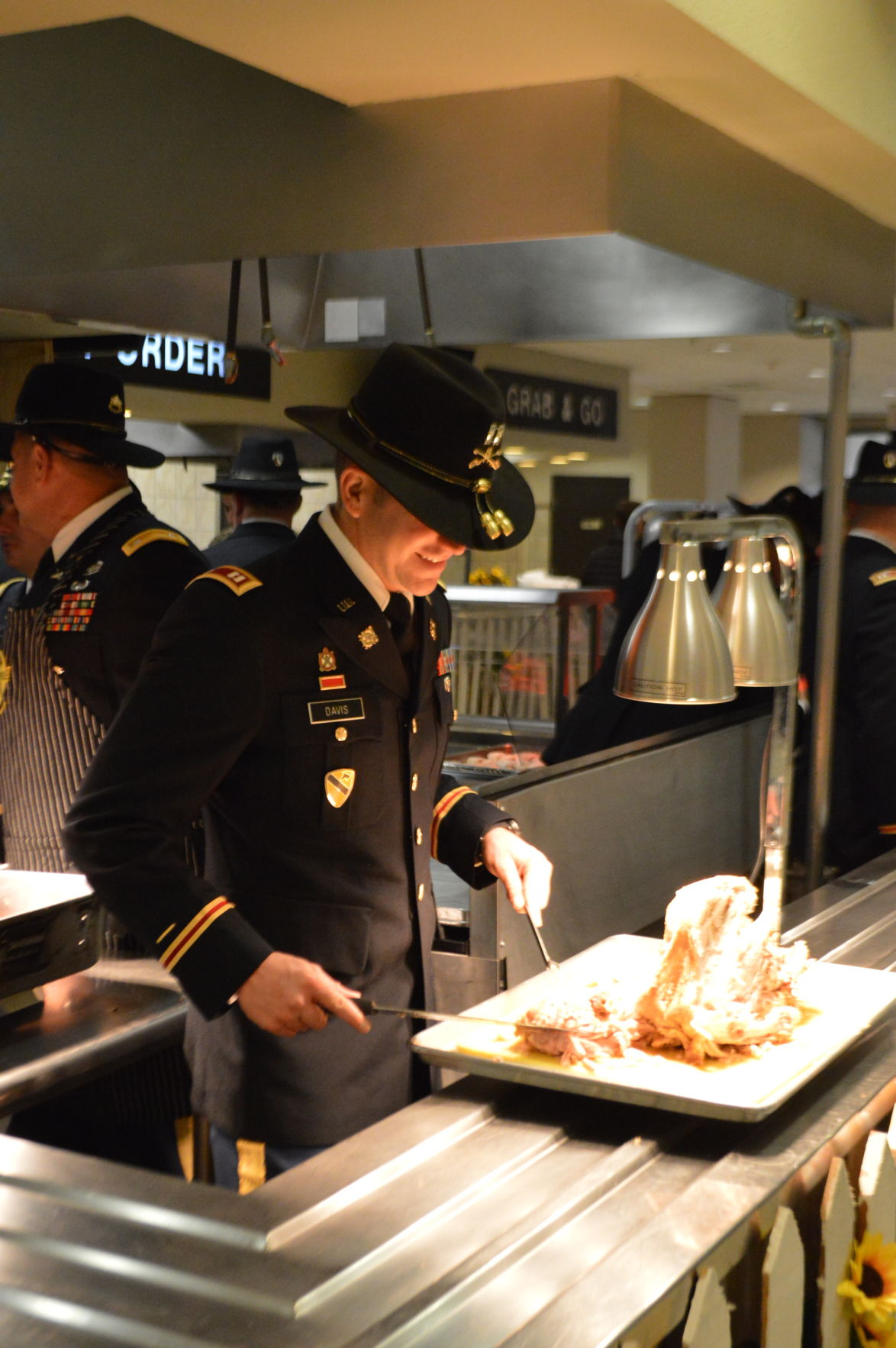 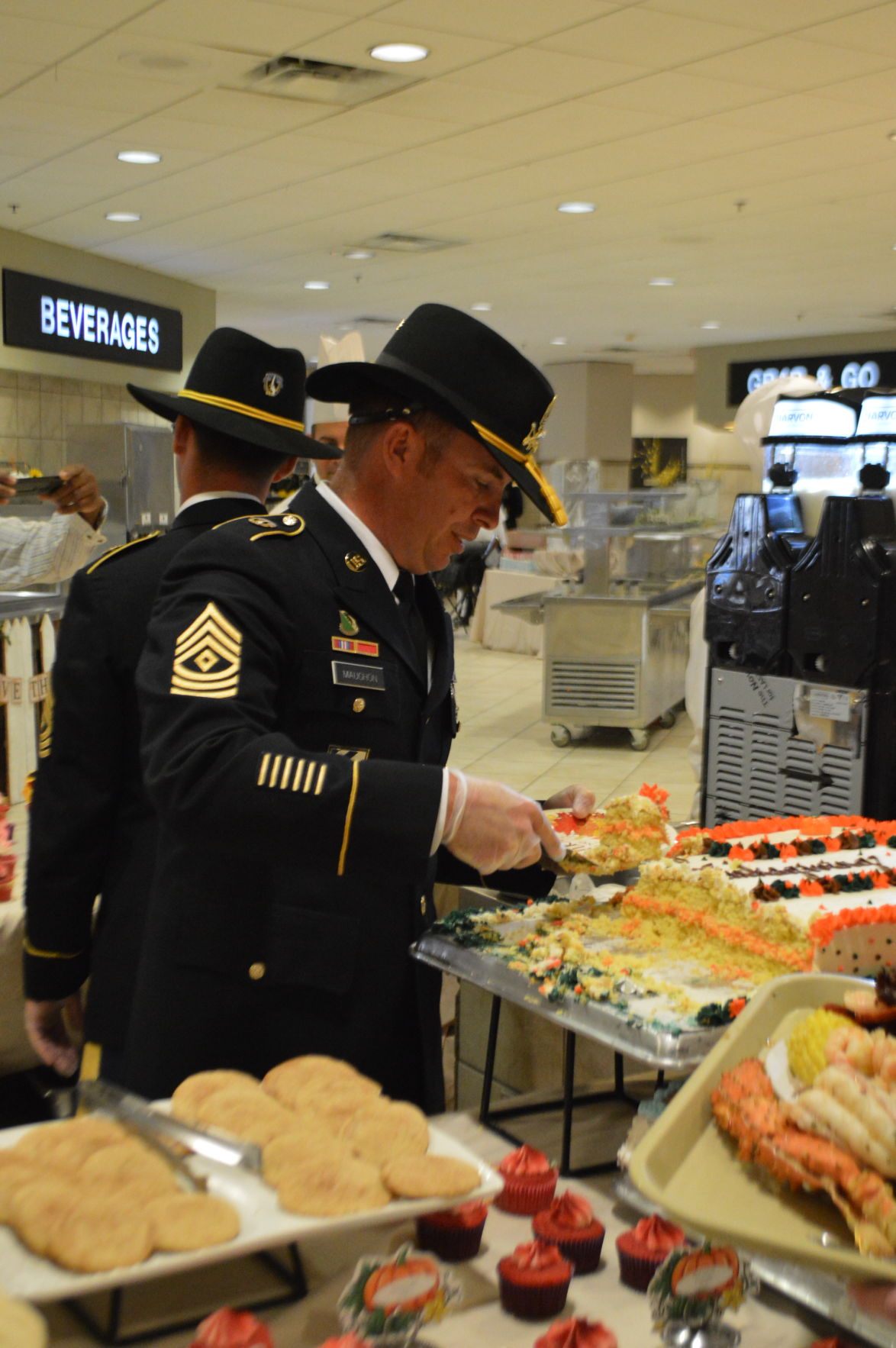 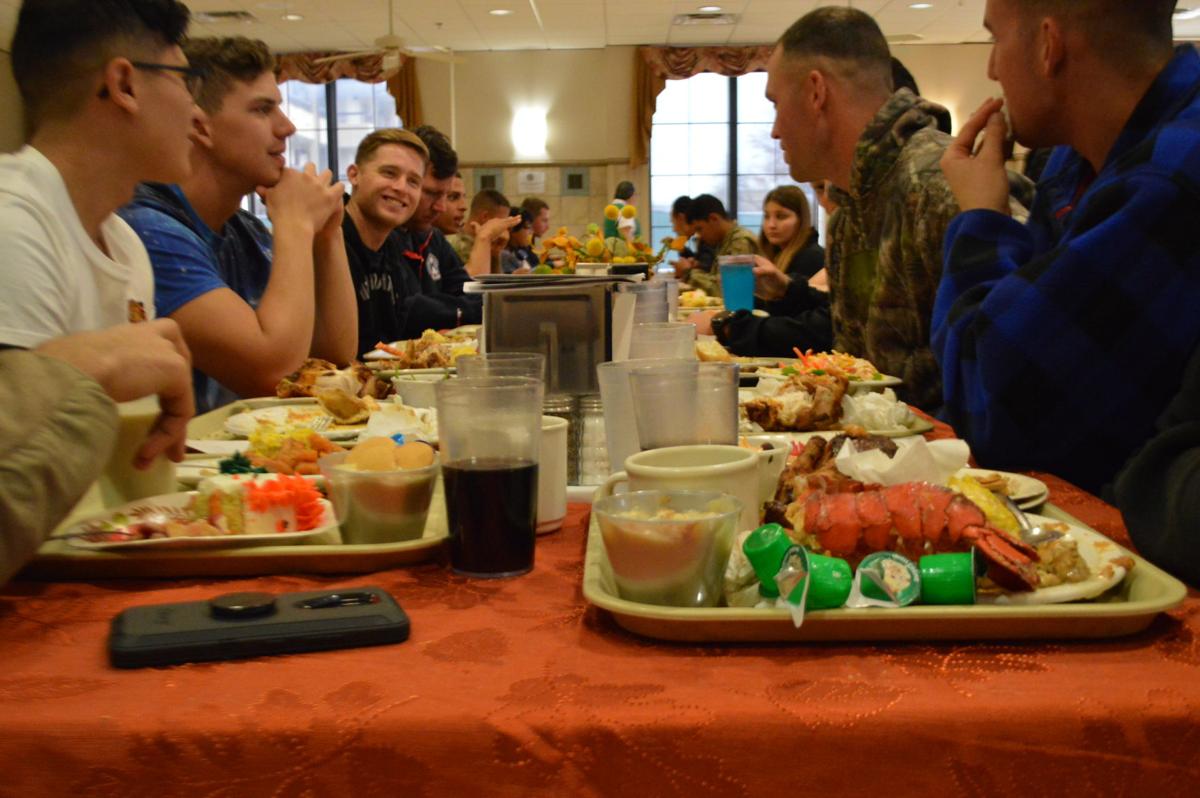 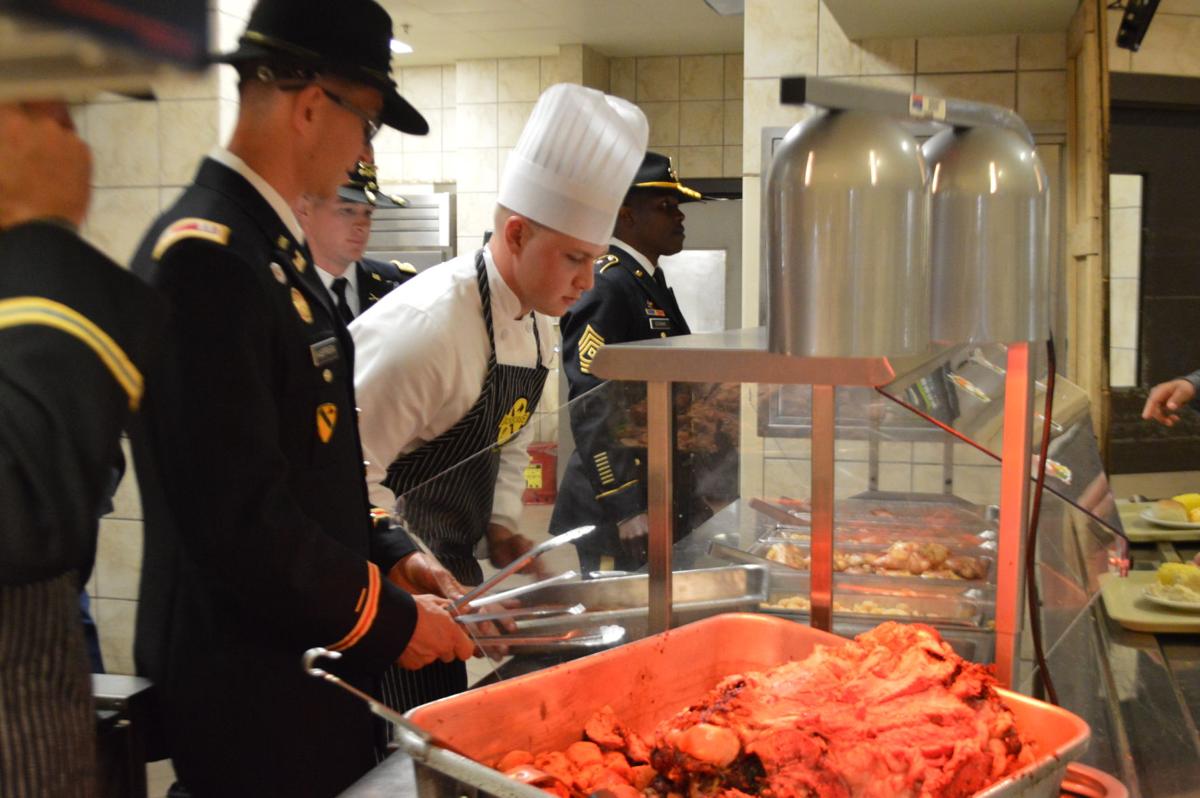 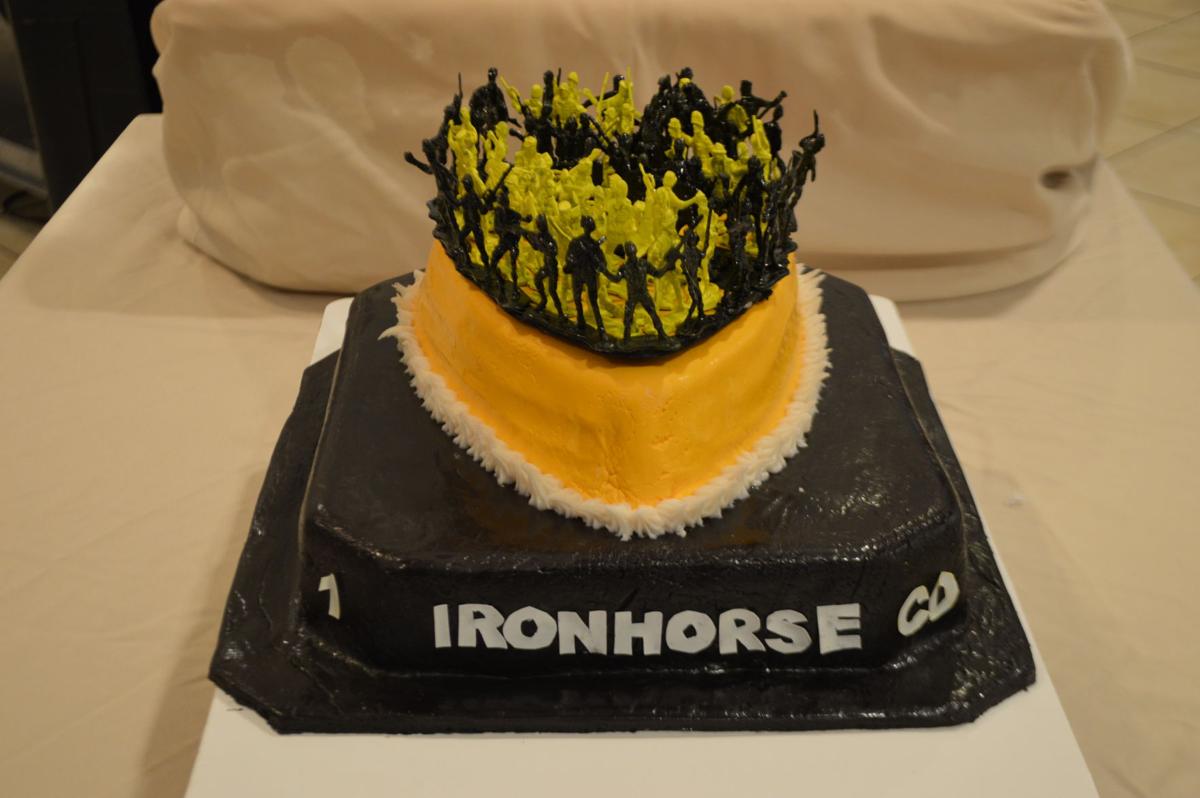 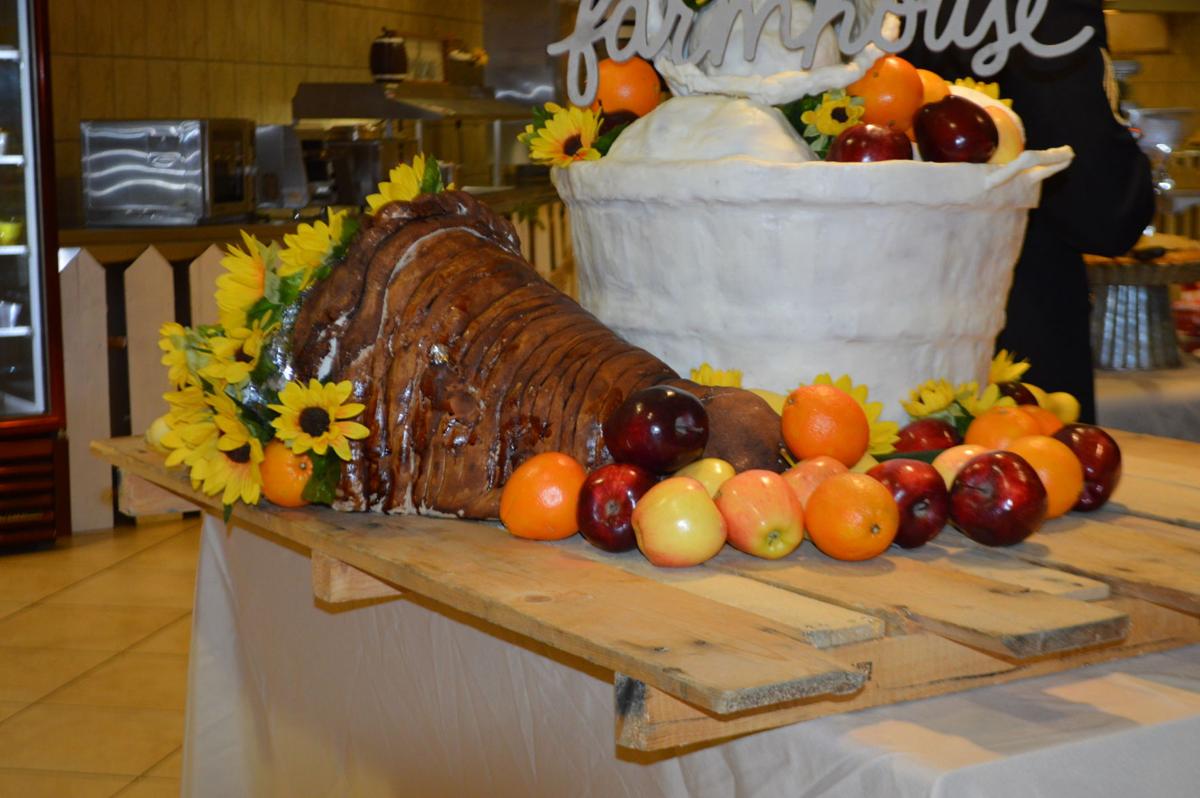 Kamper and the judges announced Ironhorse Dining Facility as the winner of the competition for the large dining facility category. North Fort Hood Dining Facility was the runner-up.

“It was real, real tough, because this was my first time as manager,” she said.

“It took us about a week and a half to prepare all of this,” Wynn said.

In preparation for the competition, some of her soldiers had to carve two ice sculptures to resemble the 1st Cavalry Division’s famous patch. Each ice sculpture was placed at each end of the dining facility.

Some of her soldiers also had to put picket fencing along the bottom of the serving lines.

The preparation raised the morale of the cooks, because it allowed them to show off their skills, Wynn said.

Cook Spc. Alexander Harris said he and his fellow cooks had to refine their skills.

As soldiers filed through to receive the food, senior enlisted leaders and officers served them while dressed in their dress blues.

“Today, it’s like a face-to-face conversation,” Pols said of the interaction with the leaders.

Spc. Ben Everett said the leaders serving was the only thing that made the day different for him.

“It’s no different than any other day, except the fact the higher-ups are serving,” he said.

Sitting with Everett and Pols, Pvt. Jacob Boltz said the food made the experience better.

“It helps that it was really, really good,” he said. “The pecan pie was the highlight.”

Even though Pfc. Nathan Tipis was saving his leave days for Christmas, he had a good outlook on eating with his friends.

“They’re like family to me, so I’m still eating with family,” he said.

Tipis was also impressed with how much food they were allowed to have.

“I was just walking, and they kept throwing stuff on my plate,” he said.

To determine the winners of the competition, the judges factored in display and dining area appearance, food service operations and food service personnel.