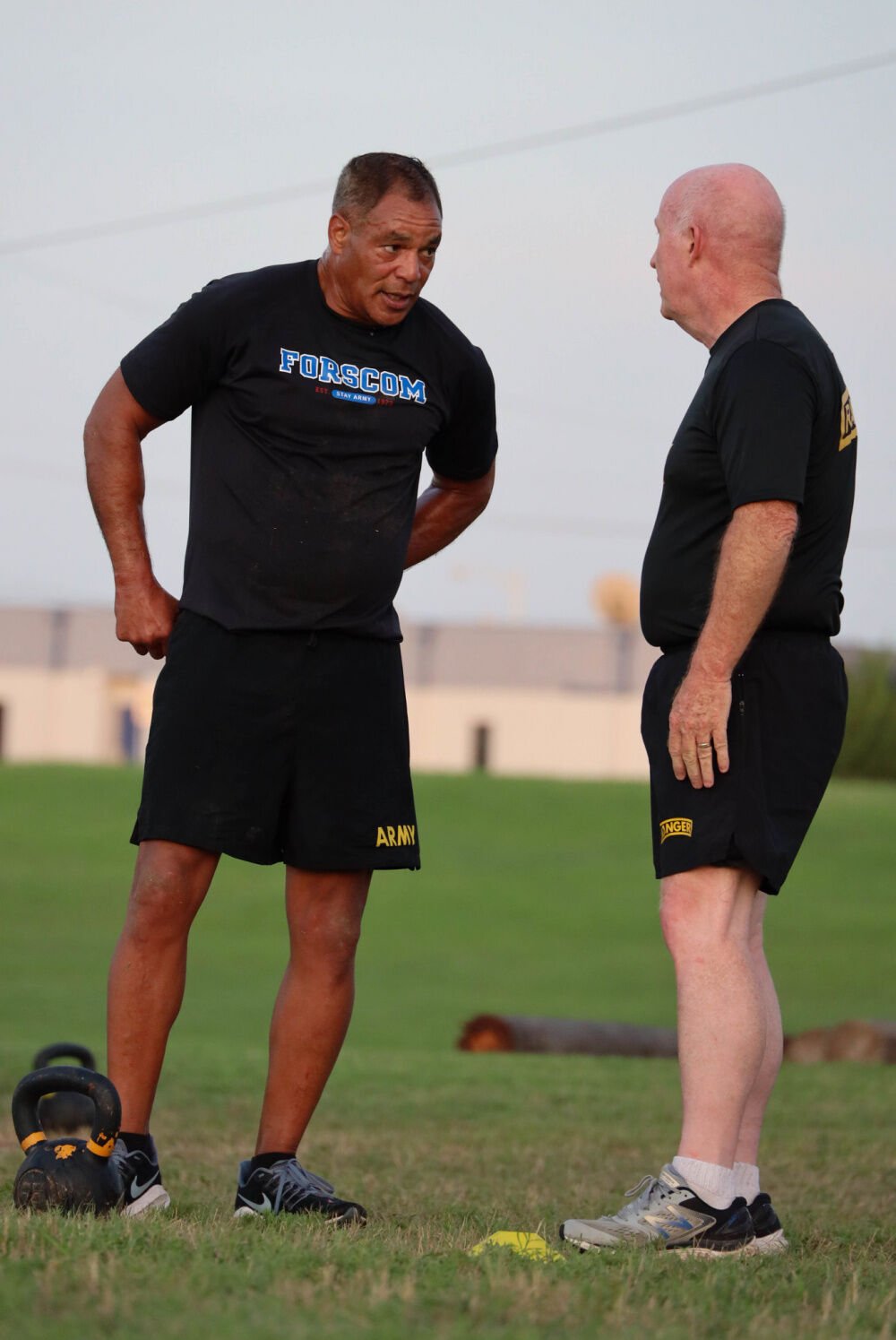 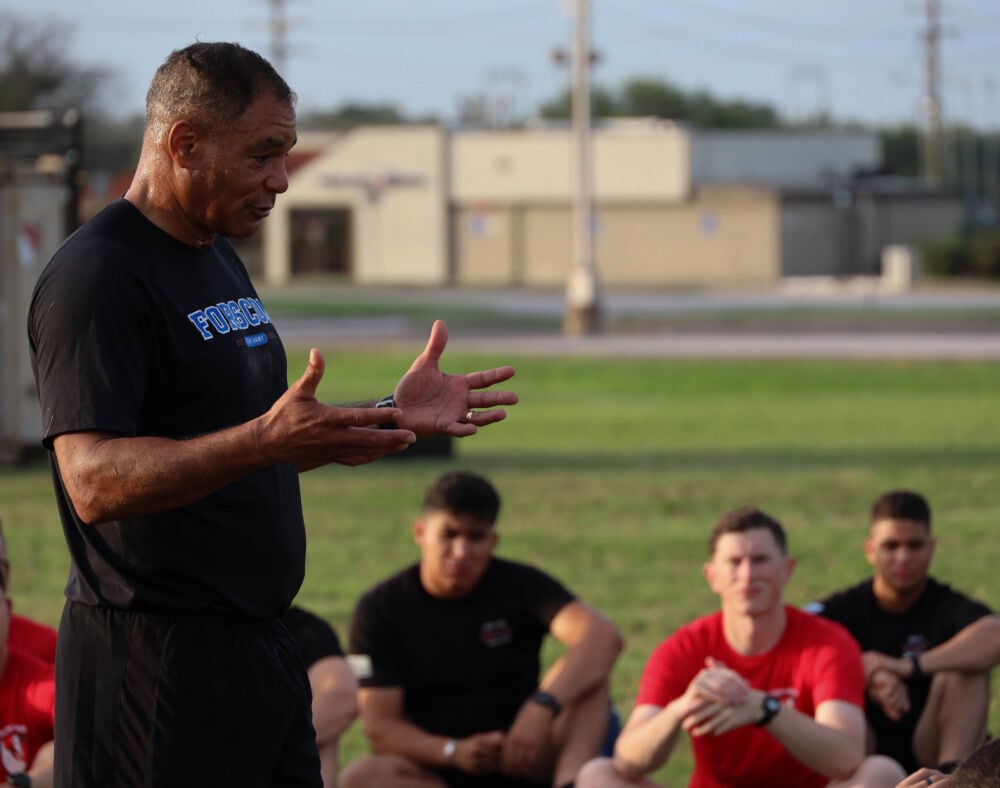 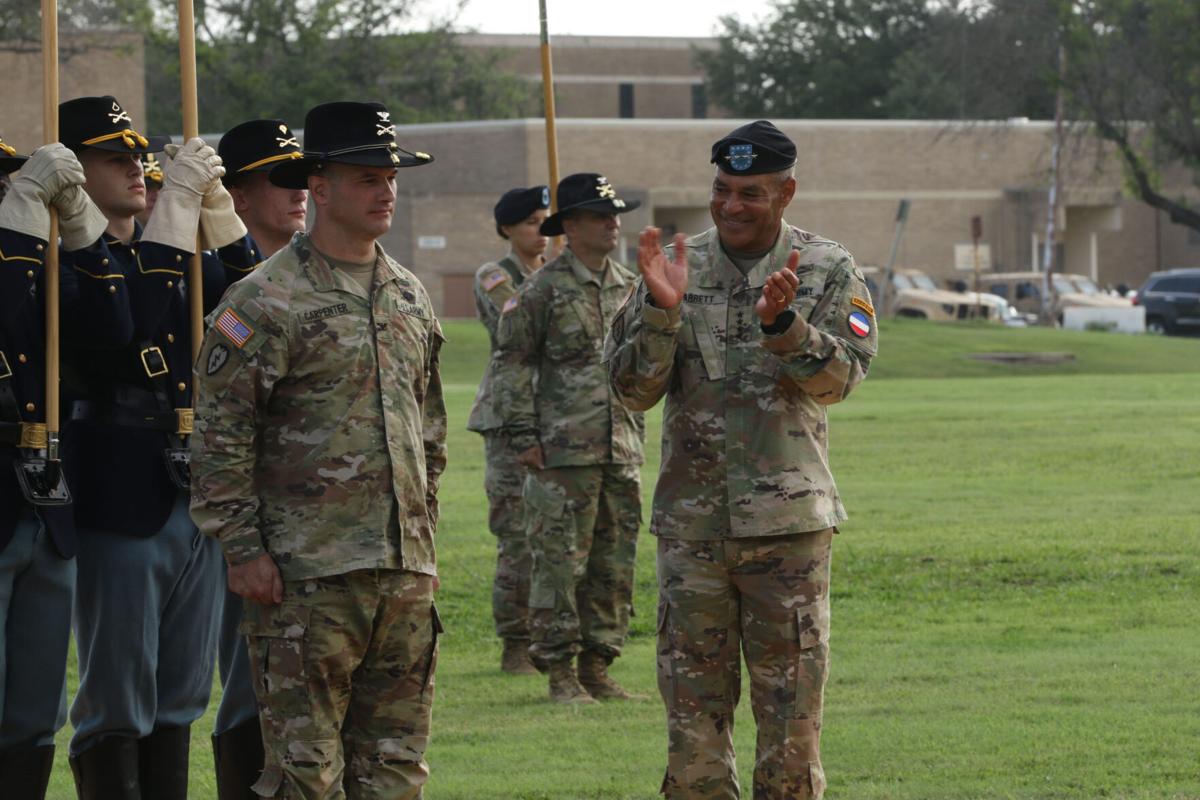 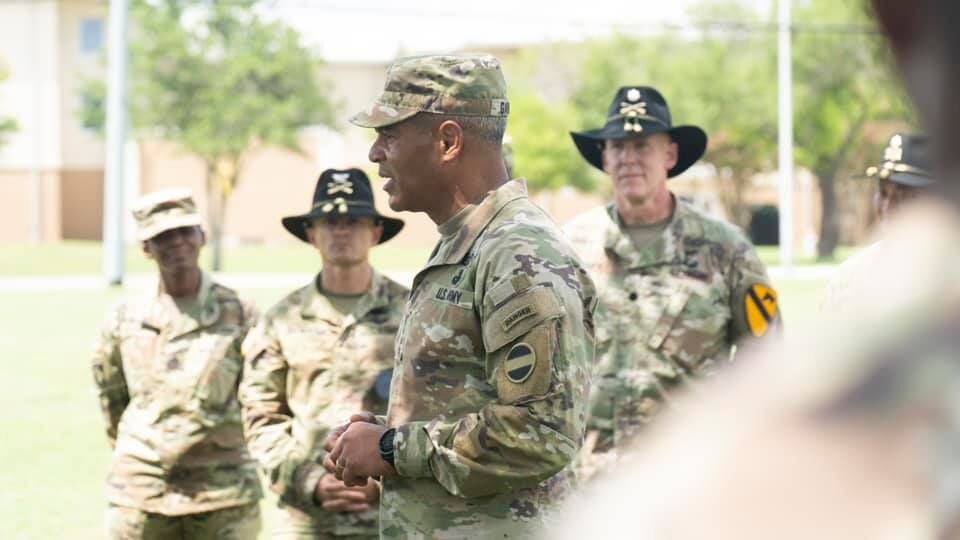 The commanding general of U.S. Army Forces Command , Gen. Michael Garrett, visited with brigade and battalion leadership from across the 1st Cavalry Division Team today during his visit to Fort Hood.

The commanding general of U.S. Army Forces Command , Gen. Michael Garrett, visited with brigade and battalion leadership from across the 1st Cavalry Division Team today during his visit to Fort Hood.

Funk and Garrett visited Fort Hood to get updates on People First initiatives, meet with soldiers and leaders, and presented safety awards.

Staff Sgt. Steven Delafuente and Quanesha Barnett, recruiter, U.S. Army Waco Recruiting Company, were awarded coins on behalf of the U.S. Army’s Training and Doctrine Command. Funk established the recognition as a way to reward extraordinary contributions of individuals who take pride in being a recruiter, someone who brings soldiers into the ranks of active duty, National Guard and Reserve components.

On July 16, Funk started his day doing physical fitness with soldiers and attended the 1st Cavalry Division patch and farewell ceremony with Garrett.

Following the award presentation, Garrett visited the 278th Armored Cavalry Regiment during a training exercise. He took a UH-60 Black Hawk helicopter and visited several TOCs and unit locations in the field.

Later in the day, Garrett visited the 3rd Cavalry Regiment for an update brief on their People First initiatives.

He ended his day by meeting with leaders from the SHARP Academy for an update on changes and progress made with the SHARP program on Fort Hood.