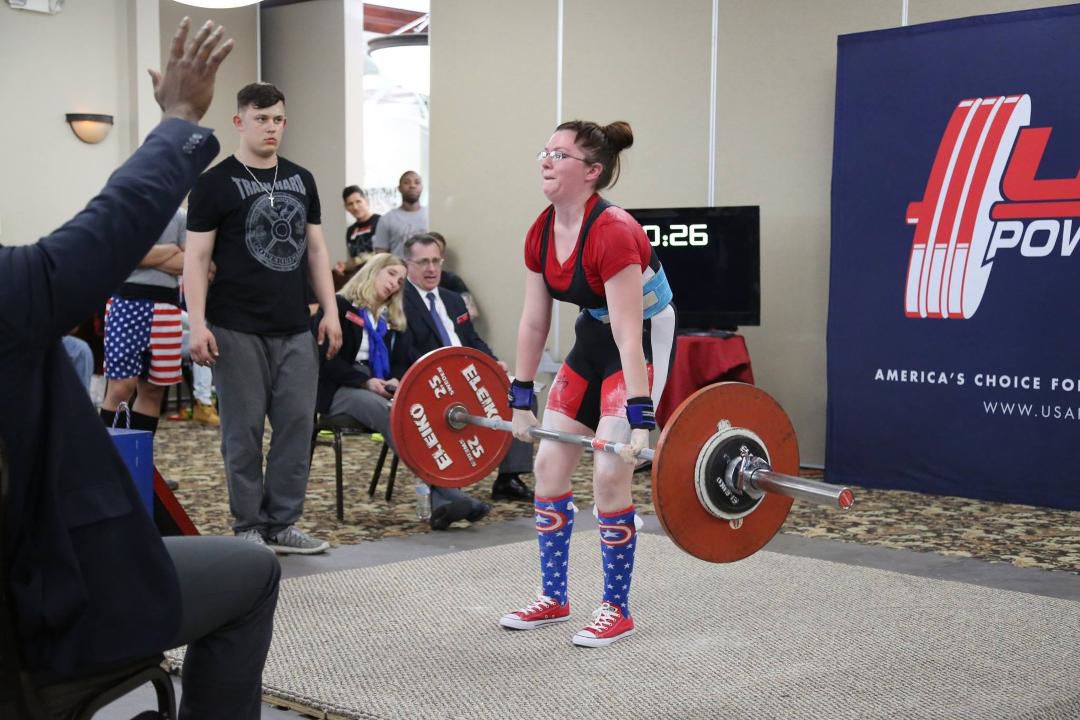 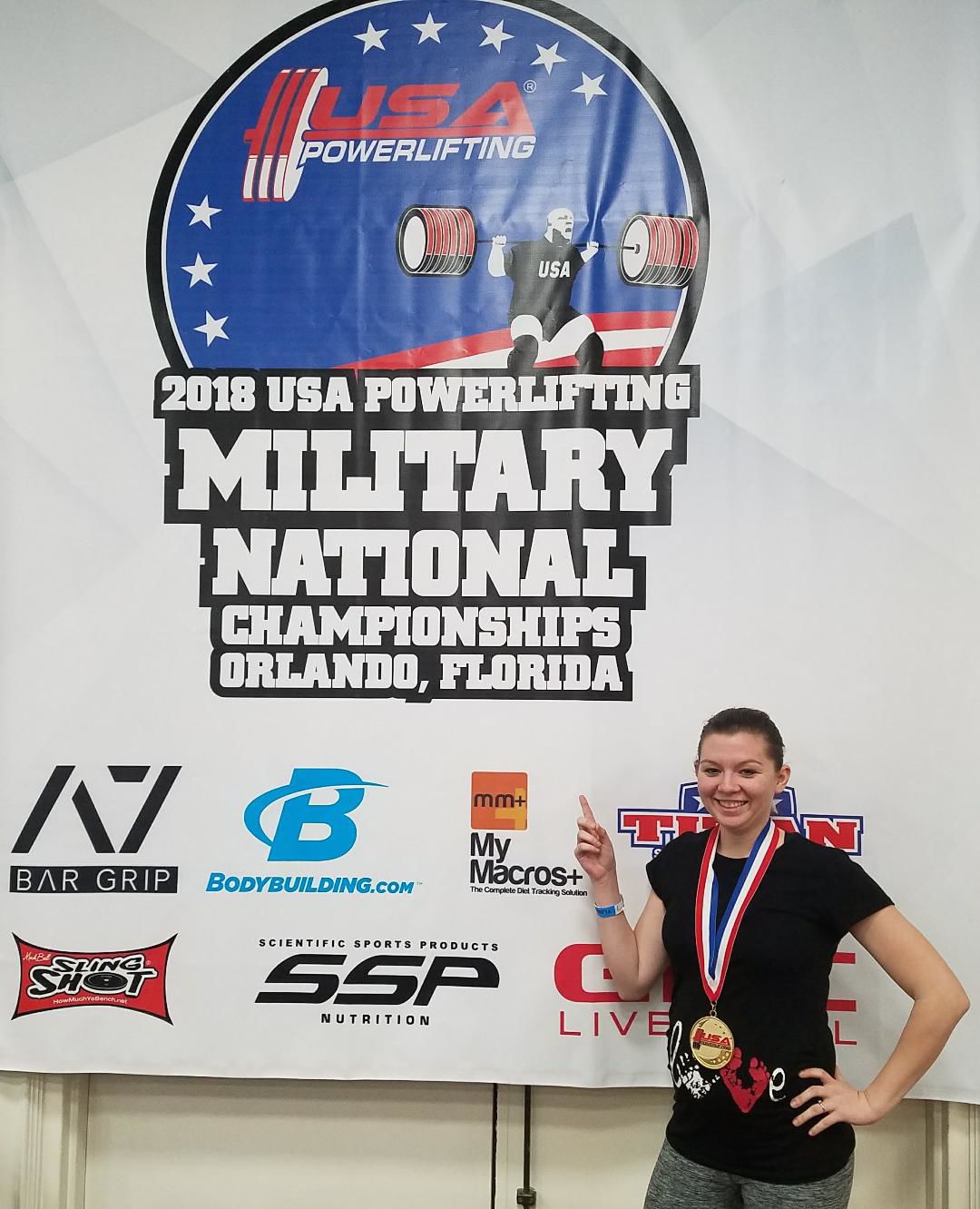 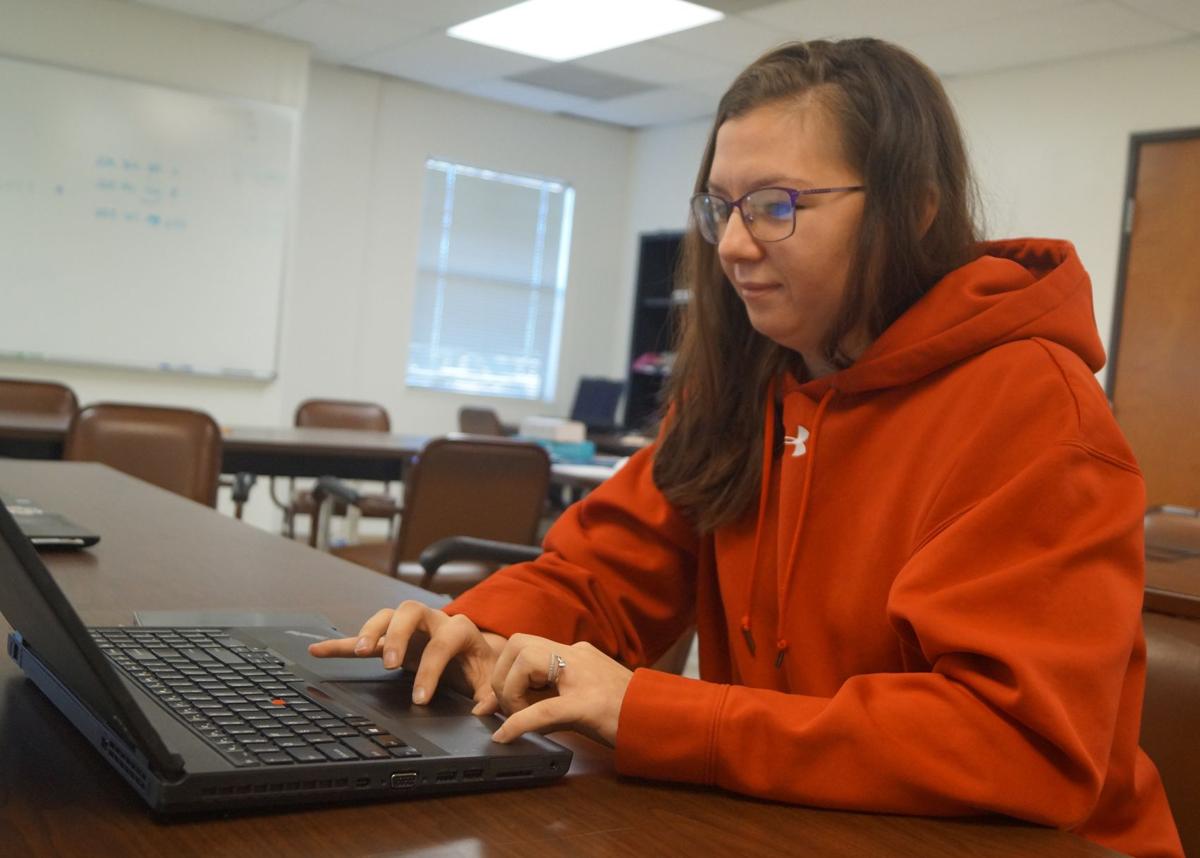 At 5-feet, 2-inches tall and 115 or so pounds, Larissa Gehring may not look like someone who pumps iron at the gym. But the mother of one and staff sergeant in the Army National Guard more than holds her own as a member of Fort Hood’s championship Phantom Warrior Powerlifting Team.

Not only is she on the highly-regarded team, the slightly-built but stronger-than-she-looks 25-year-old has competed in national competitions and won first-place medals.

“I definitely don’t look like a power lifter,” Gehring said, smiling. “There’s definitely different spectrums of it. When a lot of people think powerlifters, they think more of bodybuilders — big, bulky men and women, lifting all kinds of crazy weight.”

Instead of being judged on muscle size, symmetry and definition, power lifting is based on athletes performing three weight-lifting exercises — bench press, barbell squat, deadlift — in various classes or categories, determined by the body weight of each individual competitor. For men, the lowest class is 114 pounds, with the highest class set at 300-plus pounds. Weight classes for women range from 97 pounds up to 200 pounds.

Winners in each class are determined by who lifts the heaviest total amount of weight. If two competitors in the same class lift the same total amount, the person with the lighter bodyweight is the winner.

A 2012 high school graduate in Harker Heights, Gehring’s power-lifting career began as a bit of a fluke and nearly didn’t get started at all. The daughter of a Fort Hood cavalry scout, she had her heart set on a military career from a young age, convincing her parents to sign permission papers for her to join the National Guard while she was a junior in high school. She started active drilling her senior year and left for basic training at Fort Jackson, S.C., shortly after graduation.

“From the beginning, I was like, I’m not going to college; I want to go into the military. Since I was only 17, I had to have my parents’ permission, and National Guard was the only contract my parents agreed to sign.”

Her military career nearly came to a halt after she injured a knee at boot camp and spent roughly half of that initial training period on crutches. For a while, she considered calling it quits.

“I didn’t want to be that broken soldier,” Gehring said. “My now-husband was also there at basic training, and he was kind of like my common sense, helping me push through when I was wanting to go home and do something else.”

She finished boot camp and went on to advanced training for satellite and radio transmission communications, then was assigned to temporary active duty at the Round Rock Armory, where she provided signal support and computer support for Federal Emergency Management Agency (FEMA) communications.

It was later, during a nine-month deployment to Kuwait and Iraq in 2015-16, that Gehring’s interest in weight training began, although it took a while longer — and a little prodding from a friend — for her to get involved.

“One of the other soldiers during my deployment, I saw how fit and active she was and I’ve never been a fitness type of person. The Army makes me run and do push-ups, and I’d do what the Army says I have to do, but it came to the point where if I was meeting the standard, it was by the skin of my teeth. I wasn’t putting enough effort into it, so I wasn’t doing the best that I could, and it started to affect my career.

“Kymberly had done power lifting all through high school, and she’s really good at it, and after we got back, she said, ‘I want to try it again, but I don’t want to go by myself.’

“I said, ‘I don’t want to do that. I don’t even know how to pick up the bar.’ She said, no, you can just go for support. She told me to wear my workout clothes, and we’d have a workout after we talk to the (power-lifting) coach. I fell right into the trap.

“So, we go over to Burba gym (on Fort Hood) to meet the coach, and he was like, ‘Well, you’re already here, so you might as well do something.’ He was laughing, but he was serious at the same time.”

That was February 2017, and Gehring was hooked pretty much right away. In mid-March, the military nationals competition came to Killeen and she entered. It was all a whirl of excitement and nerves that she remembers mostly for her not “bombing out.”

“You have three attempts for each of the three disciplines: squat, bench and deadlift. You have to have one qualifying lift from each discipline in order to have a total (score). When you bomb out, that means you get a red light on all three of one of those lifts.

“For instance, in the bench press, both feet have to stay flat on the floor; your head and shoulders have to remain in contact with the bench. The judge gives three commands after you lift the weight off the rack and lock it out, with your arms straight. You lower the bar to your chest, hold it there, press it back up and hold it until the command is given to rack it back up. I didn’t bomb out.

“It was great. I could see the difference and the progress I’d made, to let me know that I was actually progressing. That was something I’d never really had before with workouts.”

Next up for Gehring and the Fort Hood power-lifting team is another military nationals in March in Orlando, Fla. After having a baby girl last year, she is not only working her way back into shape, but also learning how to balance time between family life, her National Guard duties, a new full-time job as a base band (communications) instructor with a contractor on Fort Hood, and her training.

Her family is “super-supportive” of her power-lifting pursuits, Gehring says, although her parents were not sure what to think about it when she first started.

“They thought I was joking — I’m really accident-prone. I was that kid who was always in a cast, or tripping over something. They’re like, ‘You’re going to lift heavy weights?’

“It’s been up and down. With my daughter, there was nine months of just sticking with what I was able to do. Now, I’m on the other end of the spectrum, where I’m trying to balance the life of parenthood and training. I know now all about mom guilt — oh, I’ve been at work for eight hours, and now let me leave you at a different daycare for another two hours while I go and work out for myself. All my family is here — my parents and my in-laws — so having them to help out makes it a lot easier.”