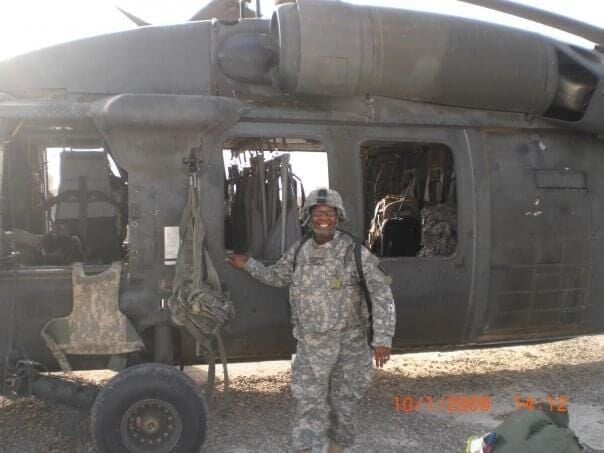 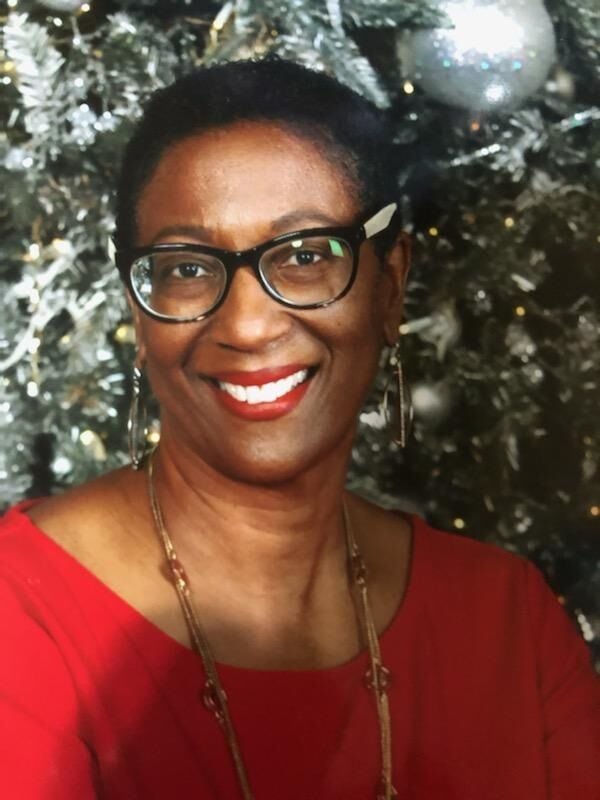 HARKER HEIGHTS — Sharon Butler remembers some nervous moments when she was serving as a medical officer with the Texas Army National Guard in Iraq.

“It was 2009,” the retired U.S. Army major said recently. “My job was equivalent to a civilian hospital administrator. I never had any really close calls, but we did have incoming (fire) and knowing the capability they had with missiles and all of that, it was scary.

“Our soldiers were spread out throughout Iraq and also in the former Yugoslavia, and so I traveled as we rolled out different medical planning. We had another small clinic and sometimes it was by air with the helicopter and gunners on each side. So you have that fear, because you never know what’s going to happen, but you do what you have to do when you’re in uniform.

“One night sleeping in my CHU (containerized housing unit) … I had gotten up and gone to work, then back to my CHU to get something, then back to work, and a bomb detonated. They (the enemy) were outside the (compound perimeter) wire and one of those missile/bomb things came over on our side. Thank God, no one died.”

Her college career was interrupted when she married an Air Force airman and started traveling the world. The marriage ended while she was living in Germany, and faced with the prospect of single parenthood, Butler decided she would join the Air Force.

Her parents were not completely happy with that decision.

“They had not seen my daughter very often because I had been traveling for so long, so they convinced me to not go active-duty,” she said. “They said, ‘She’s so young, and you’re going to be traveling all over again.’ So I listened to them — and I’m glad I did — and I was able to switch over to the (Air Force) Reserve.”

Butler spent a total of 11 years in the Air Force Reserve (a lot of that time was spent on active-duty assignments, including overseas deployments), and then switched over to the Texas Army National Guard for another 13 years when she was offered a direct commission to become a medical officer.

Along with serving in Iraq, she participated in Operation Desert Storm (also known as the 1991 Gulf War), followed by a tour in Kosovo for Operation Enduring Freedom, a name that primarily referred to the war in Afghanistan but also included counter-terrorism operations in other countries.

She also spent some time at Fort Hood for some of her overseas deployments and other Guard training.

“Our headquarters was in Austin, and then the National Guard created the 36th Sustainment Brigade and we re-located to Temple,” Butler said. “So I was based out of Temple, but whenever we came up on orders to deploy or for training, then we would do that out of North Fort Hood. For Kosovo, we were at North Fort Hood for six months.”

Retired from the military since February 2011, Butler is married to a retired soldier and continuing her career with Austin Community College, where she has worked since 1995, and now serves as a professor in the department of general studies and student development. She also worked for Central Texas College in Killeen for a year.

When she is not working, Butler, who has one grandchild, enjoys shopping for bargains at thrift stores and garage sales, along with reading and traveling.

“I love to go thrift shopping. It gives me a chance to get some good buys, of course, and I enjoy talking to people. It’s mindless. I’m not teaching: Not having to make a lot of decisions, except, ‘Do I want this and this?’

Looking back, Butler says has absolutely no regrets about deciding to join the military when she did. There were challenges, but those years of service helped give her an enjoyable career and a good life.

“I absolutely would do it again,” she said. “Number one, I got great educational benefits. It paid for all of my school — all the way through the doctorate (in community college leadership/educational administration). I finished (school) with no debt.

“It was great because I loved being around the military community. I lived it as a dependent, and then on my own as a soldier. I loved the environment; I loved the camaraderie, and the sense of family. Being an educator, I love to learn and to grow. Not only that, but the opportunity to share those skills and the knowledge with soldiers ... and with students, it’s the same thing.

“Also, the sense of purpose. That really helped me to decide this is what I’m going to do.”

Being around young people every day at work, Butler says she enjoys talking to her students — and especially young women — about the opportunities she found in the military.

“Number one, I talk to them about their goals. That’s first and foremost. You have to know why you’re doing what you’re doing, because that’s going to sustain you through the ups and downs, the challenges — having a goal you want to reach.

“So I talk about that first, and then I let them know it’s a great place for females. I’ve been in some (difficult) situations as a female, and I don’t want to say it goes along with the territory, but you just have to be prepared.

“I let them know there are opportunities for them to advance and to learn; to grow and to mature. That’s the main thing. If you’re not sure what you want to do, I guarantee you once you either retire (from the service) or you get out, you’re going to have a good sense of self, and that discipline.

“It’s a great opportunity to do whatever you want to do — if you have a good ASVAB (vocational aptitude test) score,” she said, laughing.

Thank you for your service SgtMaj.