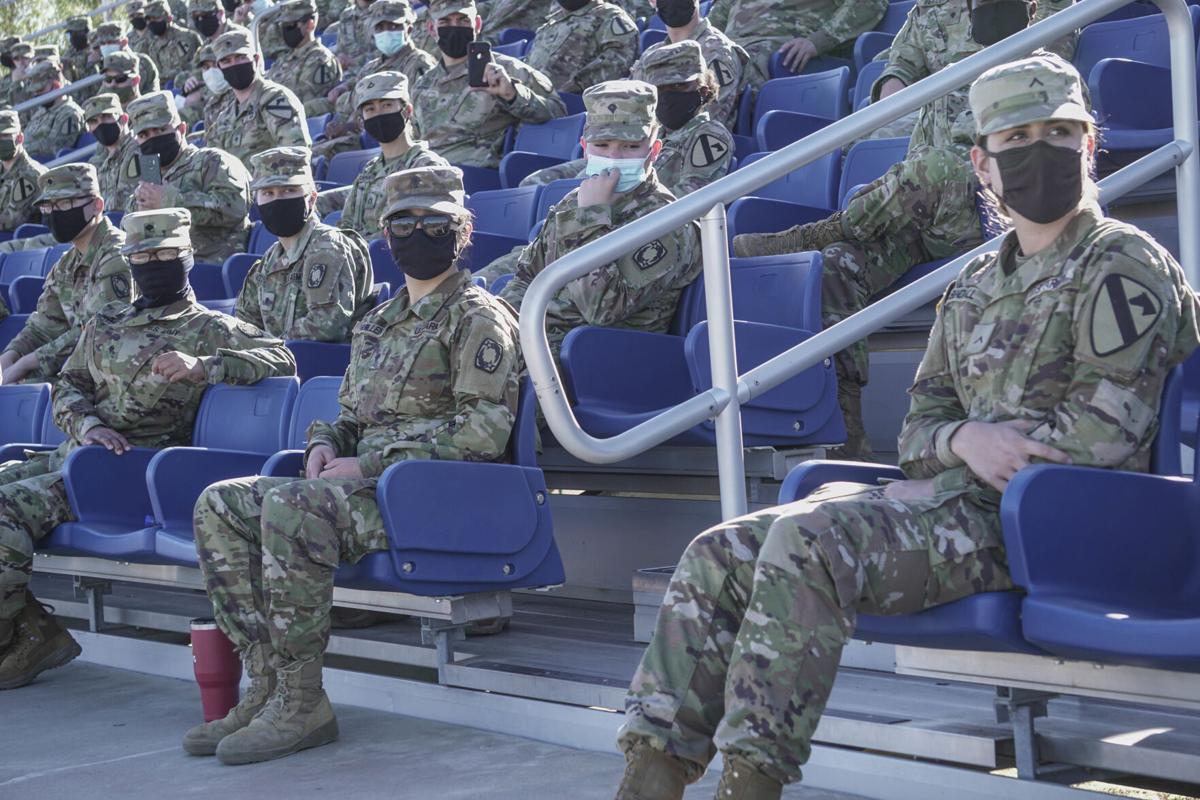 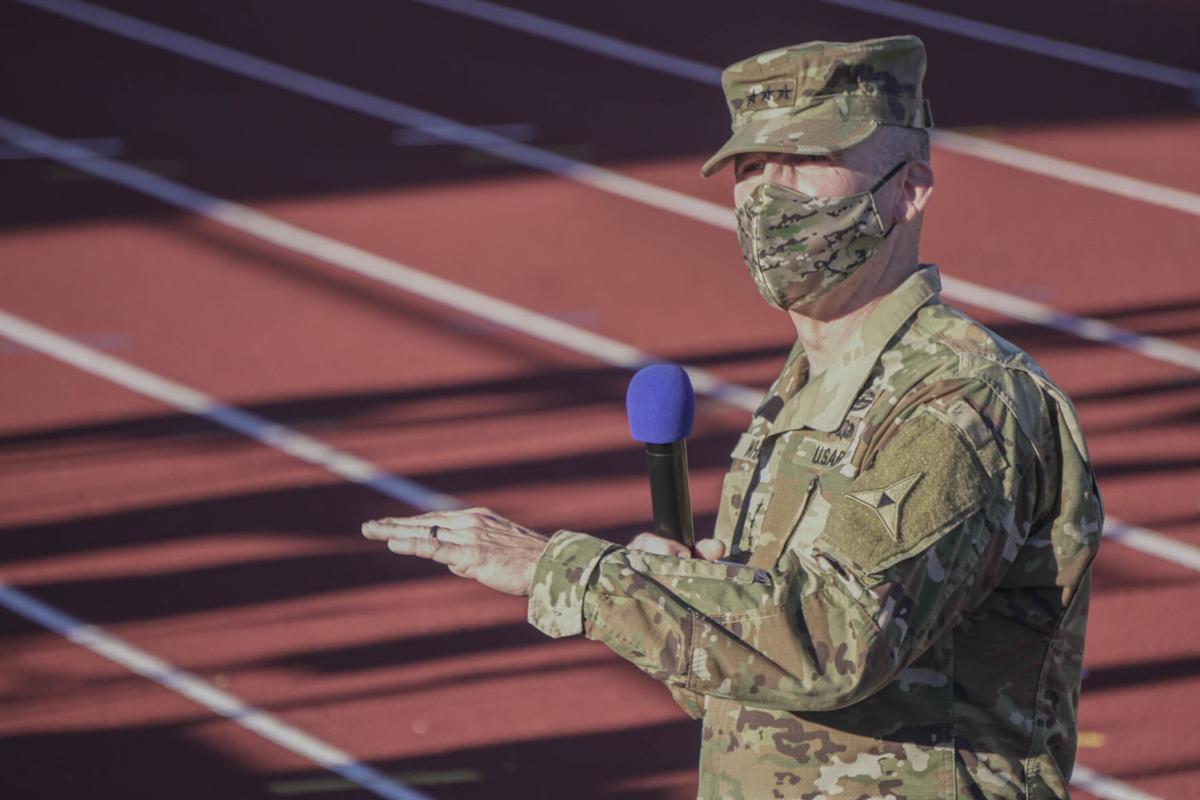 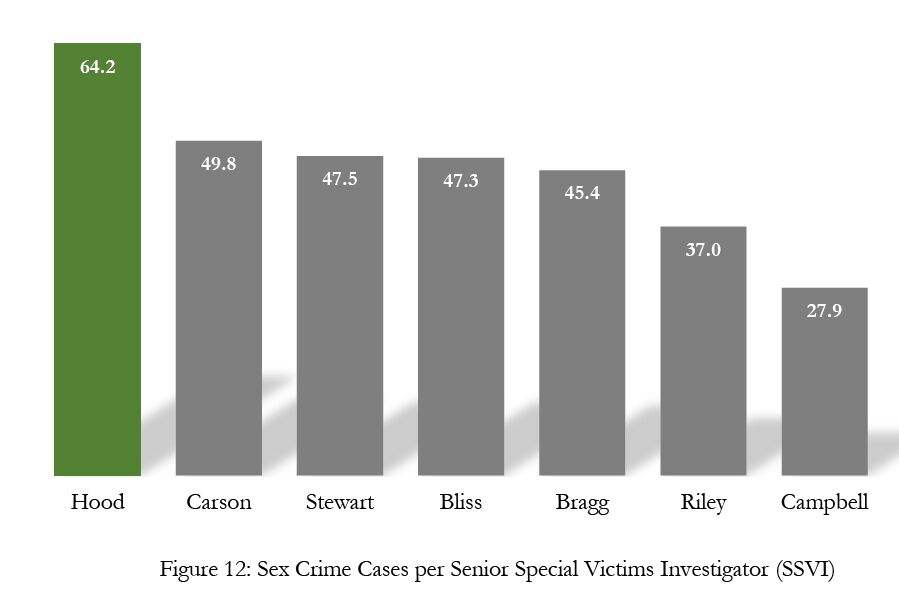 When the results of an independent review into the command climate and culture of Fort Hood were released Dec. 8, senior Army leaders were not quite prepared for the results.

As Sgt. Maj. of the Army Michael Grinston said in a Dec. 9 interview with Task & Purpose, as someone who had “been (a noncommissioned officer) for most of my career,” (I) couldn’t fathom how “we get to that point where we didn’t take any action?”

The report found that sexual assaults and harassment claims are “significantly” underreported, the program to prevent such incidents is structurally flawed, there are no established procedures for when a soldier doesn’t show up for duty, and Army detectives who work at Fort Hood are understaffed, inexperienced and overloaded with criminal cases.

The 152-page report, written by the Fort Hood Independent Review Committee commissioned by Secretary of the Army Ryan D. McCarthy, came up with nine findings and 70 recommendations during its three-month review of Fort Hood.

According to the report, the committee was directed to “conduct a comprehensive assessment of the Fort Hood command climate and culture and its impact, if any, on the safety, welfare and readiness of our soldiers and units.”

The committee was composed of Chris Swecker, Jonathan Harmon, Carrie Ricci, Queta Rodriguez and Jack White, all of whom are former active duty military or civilian law enforcement personnel with experience in government investigations, and was commissioned in response to the death of Spc. Vanessa Guillen, a soldier who went missing April 22. Her remains were found two months later near the Leon River south of Temple.

Guillen had told her family prior to her death that she had been the recipient of sexual harassment and had been afraid to report it to her command. The committee’s charter looking into Fort Hood was based on Guillen’s allegations of sexual harassment, how her unit searched for her when she went missing and how her case was investigated by Fort Hood’s Criminal Investigating Division detachment.

Committee members interviewed 647 individual soldiers during their investigation, 575 of whom were female soldiers. Nearly 2,000 soldiers were interviewed in group sessions, and more than 30,000 soldiers and Army civilians on Fort Hood completed an online survey about the command climate and culture on post.

The committee determined that the command climate relative to the Sexual Harassment/Assault Response and Prevention Program at Fort Hood was ineffective, to the extent that there was a permissive environment for sexual assault and sexual harassment.

While soldiers and Army civilians from all units on post were interviewed, the committee focused primarily on Guillen’s unit, the 3rd Cavalry Regiment, and the 1st Cavalry Division, which is the largest unit on post.

They also held meetings with local ethnic group leaders; local area mayors and police departments; and other law enforcement agencies who work with Fort Hood. The committee also stayed in constant contact with the family of Guillen to ensure their concerns were addressed during the investigation.

The specific findings of the committee based on responses were:

1: The implementation of SHARP at Fort Hood has been ineffective, due to a command climate that failed to instill SHARP core values below the brigade level.

2: There is strong evidence that incidents of sexual assault and sexual harassment at Fort Hood are significantly underreported.

5: The mechanics of the Army’s Adjudication Processes involving sexual assault and sexual harassment degrade confidence in the SHARP program.

7: There were no established procedures for first-line supervisors in ‘failure to report’ situations that define appropriate actions in the critical first 24 hours.

8: The criminal environment within surrounding cities and counties is commensurate with or lower than similar sized areas: However, there are unaddressed crime problems on Fort Hood, because the installation is in a fully reactive posture.

9: The command climate at Fort Hood has been permissive of sexual harassment/sexual assault.

The committee’s 70 recommendations to address these findings include areas such as the SHARP program, CID and how to deal with a missing soldier.

More specifically, the committee found the post’s SHARP program was more “show” than “tell.” Less than half of enlisted soldiers on Fort Hood understood how the program worked, and roughly 40% of females believed that reporting incidents of sexual assault or harassment would lead to retaliation by their command. The post also did not have enough SHARP representatives or victim advocates to administer the program, soldiers assigned to the program did not have the training or necessary tools and equipment to properly conduct their jobs and they were not assigned to the position long enough to become experts in their field.

The report also found that units below the III Corps level, particularly the 3rd Cavalry Regiment and the combat brigades within the 1st Cavalry Division, were primarily concerned with mission readiness due to a high deployment rate. Programs dedicated to the safety and welfare of the troops were a distant second compared to training.

McCarthy stated that the Army will not only accept the findings, but will work to implement all 70 recommendations Army-wide through a program called the People First Task Force, which will be led by a three-star general.

Army Chief of Staff James C. McConville said Dec. 8 that the Army “owns” these results, and that the People First Task Force will work to hold leaders at all levels accountable for their actions.

“We must protect our soldiers so we can defend our nation,” he said.

Retired Lt. Gen Dave Palmer, a Belton area resident and former West Point commandant and division commander, said he thought the report came to some very good conclusions. He also said it was important to remember that while Fort Hood was the post investigated, the findings and conclusions of the committee apply to all Army installations, especially those with combat units who deploy on a frequent basis.

“Fort Hood is pretty close to what the other installations are going through,” he said Friday after reading the report. “My impression was that the negative aspects of Fort Hood leadership is an Army-wide issue, not just a Fort Hood issue. This report will be very useful to the Department of the Army on dealing with issues such as SHARP.”

Fort Hood’s CID detachment faced a number of deficiencies, especially in areas such as investigating sexual assault/harassment cases, missing soldiers and soldier deaths — whether the deaths were listed as murder, suicide or accidental.

The report found that Fort Hood’s CID detachment often had less than half the number of agents needed to properly conduct investigations on post and that the majority of available agents had less than a year of experience in the job. The post also did not have the necessary equipment to conduct investigations, such as the ability to gather electronic forensic evidence.

According to the Task & Purpose story, which was published Friday, Maj. Gen. Donna Martin, the Provost Marshal General of the Army and head of CID, has been directed to investigate how the Fort Hood CID office got to the position the panel found it in.

Another suggestion was for the Army to institute new policies when a soldier fails to report for duty. Instead of just listing the soldier as “absent without leave,” or AWOL, the Army should instead focus on the critical first 24 hours after a soldier goes missing to determine if the soldier left voluntarily or under suspicious circumstances.

The report also suggested that lower unit-level NCOs, such as team and squad leaders, be trained and equipped to know enough about their soldiers to spot possible lifestyle issues that could be detrimental and to deal with them appropriately.

Following the report going public Dec. 8, III Corps and Fort Hood commander Lt. Gen. Pat White said during a brief to nearly 2,000 junior enlisted soldiers at Hood Stadium that the report would be required reading for all soldiers and Army civilians in III Corps.

Based upon the findings of the committee, McCarthy directed the relief or suspension of 14 Fort Hood soldiers, including two generals and other leaders down to the squad level, Dec. 8.

The full report is available to the public at army.mil/e2/downloads/rv7/forthoodreview/2020-12-03_FHIRC_report_redacted.pdf. It was lightly redacted, with the redactions primarily of personally identifiable information and disposition of soldiers at the battalion level and below, a standard policy of the Department of Defense when it comes to discipline of junior enlisted soldiers and officers below the regiment or brigade level.

Army: Guillen was sexually harassed; leaders knew and did nothing

Army leaders have confirmed that slain Spc. Vanessa Guillen was sexually harassed by a supervisor in her unit, the 3rd Cavalry Regiment at Fort Hood.