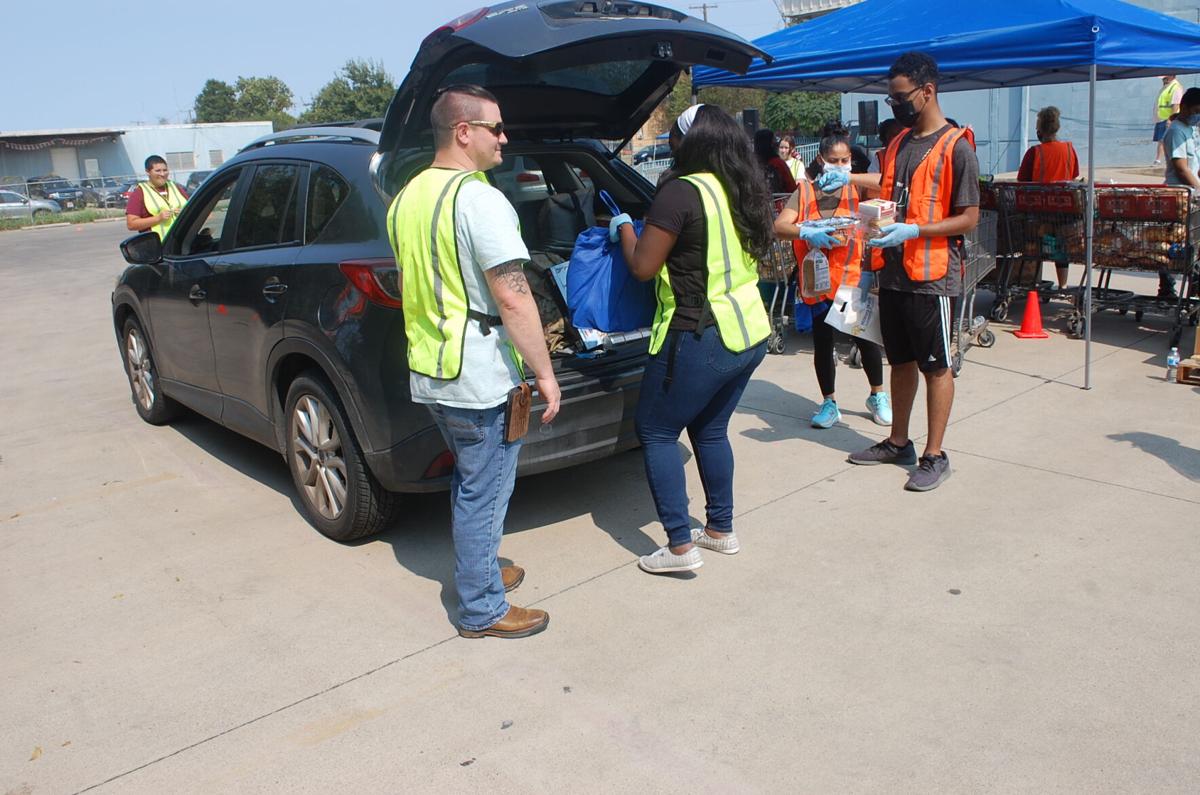 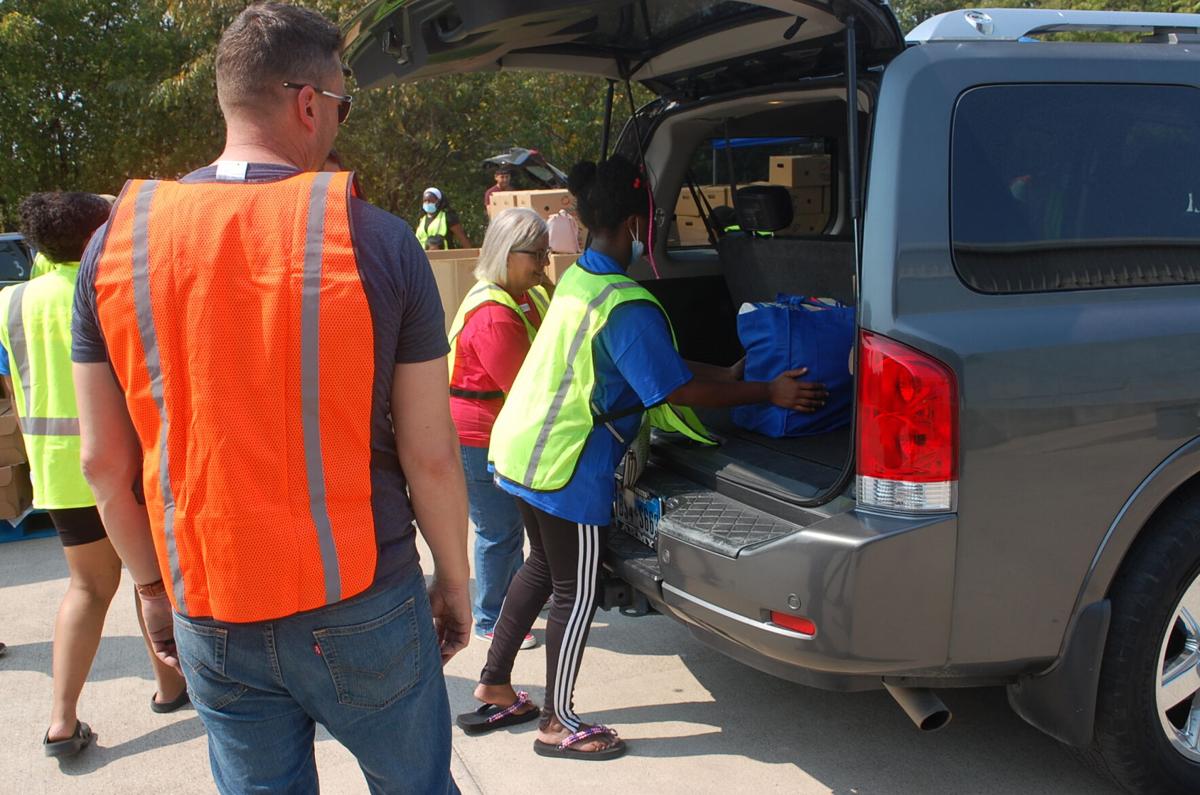 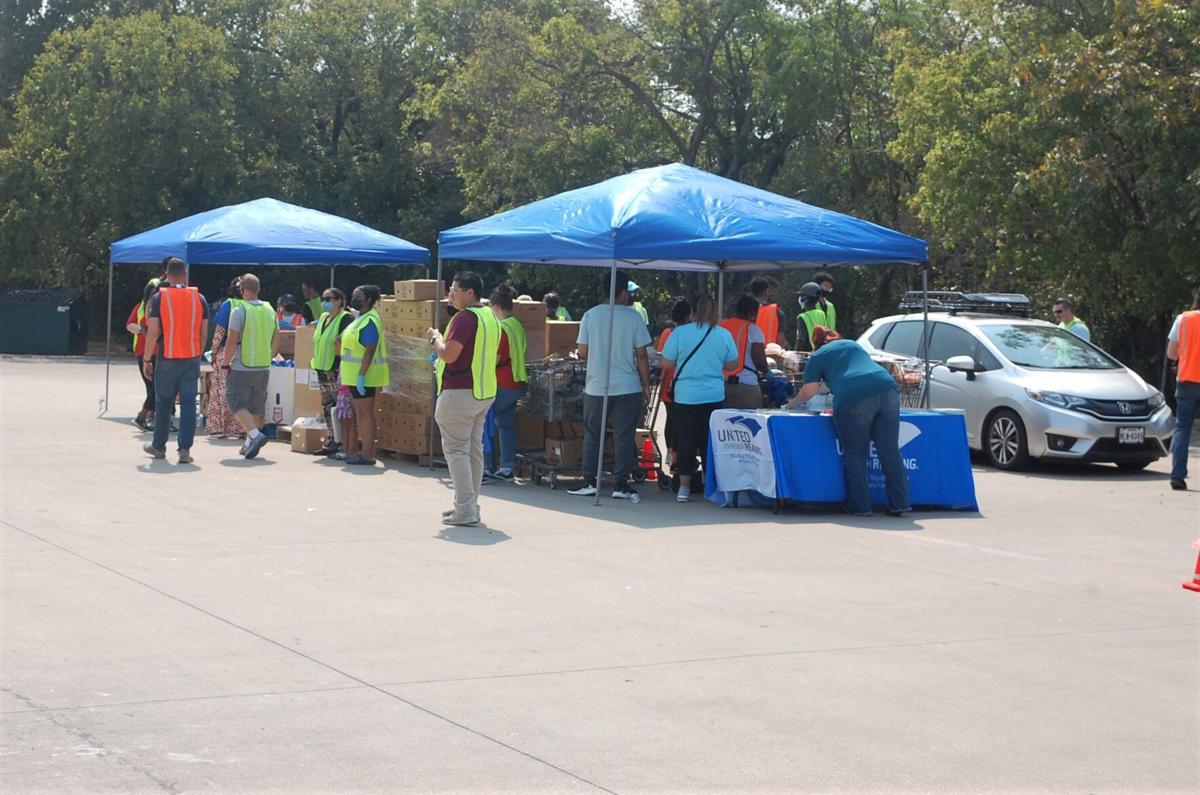 KILLEEN — At least 650 military families received about 75 to 80 pounds of groceries during a drive-thru food distribution event conducted by the Military Family Advisory Network, in coordination with the Killeen Food Care Center and Tyson Foods on Saturday.

Derek Doyle, the associate director of government and public affairs for the Military Family Advisory Network, said his organization helps connect service members, veterans and their families with the resources and support programming needed to handle the military way of life.

“We like to inform our audience of the resources that are available to them,” Doyle said. “So, whether it’s through official channels like the (Veterans Affairs) or local community resources, we’re sort of the conduit, the vehicle for them to reach those audiences and their services out to the family.”

Doyle said the Military Family Advisory Network served military families nationwide, and the food distribution event in Killeen was part of the organization’s 1 Million Meals challenge to combat food insecurity in the military.

“We utilize partners in the local community like the Food Care Center,” Doyle explained. “We have Tyson Foods donating protein today, just as a way to give back to the families who’ve already sacrificed so much; this is a small way for us to pay it forward and help them when they’re in a time of need.”

Doyle said each household would receive about 80 pounds of groceries.

Doyle said military families should never have to worry about where their next meal is coming from.

“September marks Hunger Action Month, and today is the 20th anniversary of 9/11,” Doyle said. “So, we can think of a no more fitting time than to give back to our military community today.”

Raymond Cockrell, the executive director of the Killeen Food Care Center, said the center has been doing food distribution events for military families with the Military Family Advisory Network about every three to four months.

“I was born and raised here in Killeen,” Cockrell said. “Our military families, those that serve and sacrifice for our country, should never go hungry.”

“Right here in Killeen, Texas, one in six military families are going without enough food to feed their families, and we can’t let that happen,” Cockrell said.

“We invite friends, family and local community members that we know to come out and support these bigger events,” Young said.

Young, an AH-64 Apache helicopter pilot, began his military career 19 years ago as an enlisted soldier studying Korean at the Defense Language Institute in Monterey, California.

“Monterey is a very expensive community, so my wife and I actually took food boxes from the local community at the Farmers Market once a month,” Young said.

Young said the local Farmers Market would box leftover food each evening and let soldiers come out and get a food box every month.

“It’s the community you live in, it’s the lifestyle you live and it’s the amount of money you spend,” Young explained. “Not only that, but it’s emergencies that come up inside your own family that you have no way to control.”

“The whole idea is that we give them a book, and they record themselves either on their app with their own phone, or they would contact one of the staff members and set up a recording, and we gift them the book and recording at no cost,” Pavey said. “It’s not specific to deployments; it can be separation. It can even be the child’s missing mom or dad.”

Pavey said she began partnering with the Food Care Center to help give out books during the food distributions.

“We’re very excited to be here, and we hope to make a big impact with these military and veteran families,” Pavey said.

Cockrell said the quarterly food distributions would continue, with another event scheduled to occur on Monday, Nov. 22, at the Killeen Food Care Center to provide more than 1,000 Thanksgiving baskets to military families.