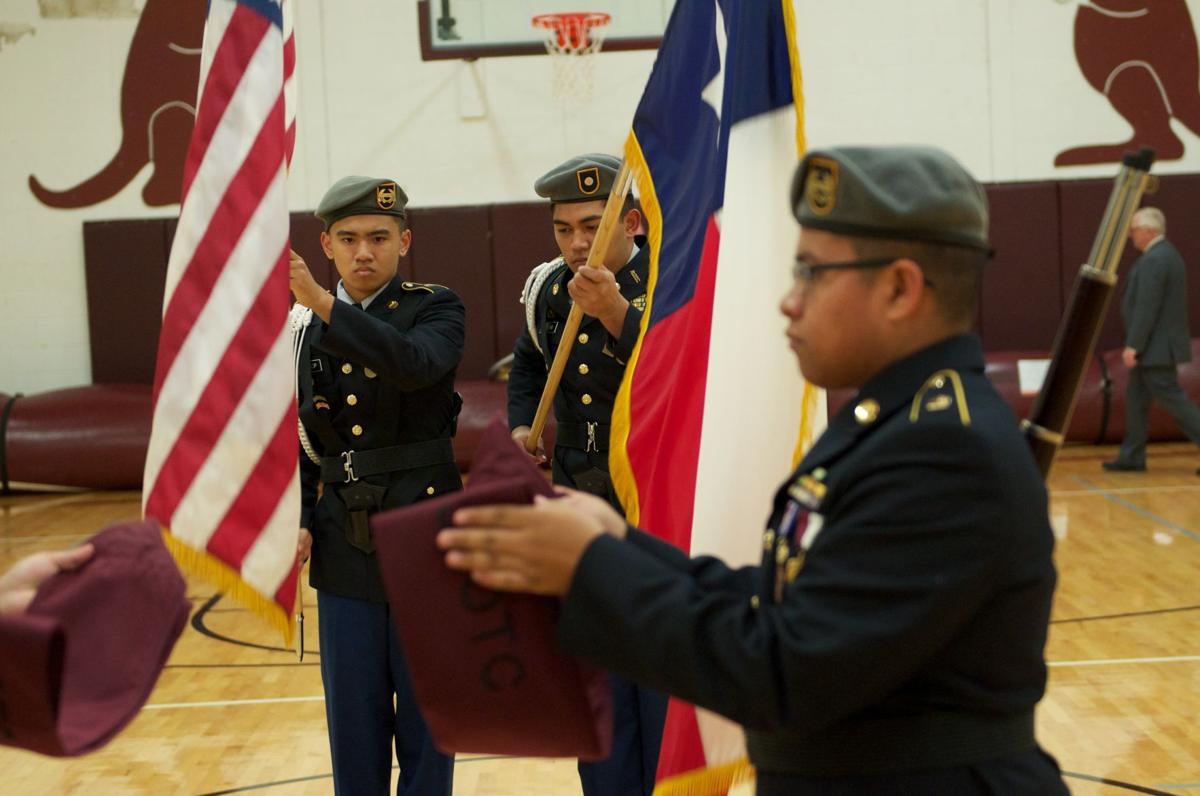 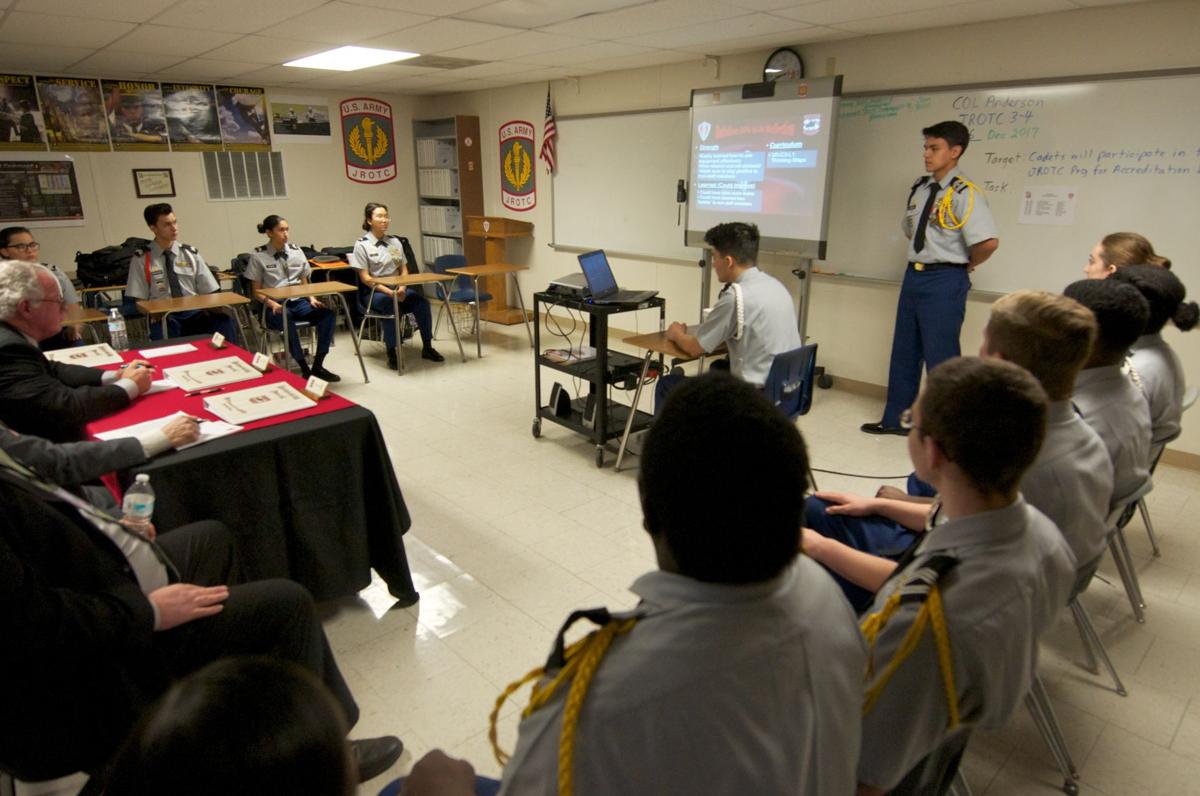 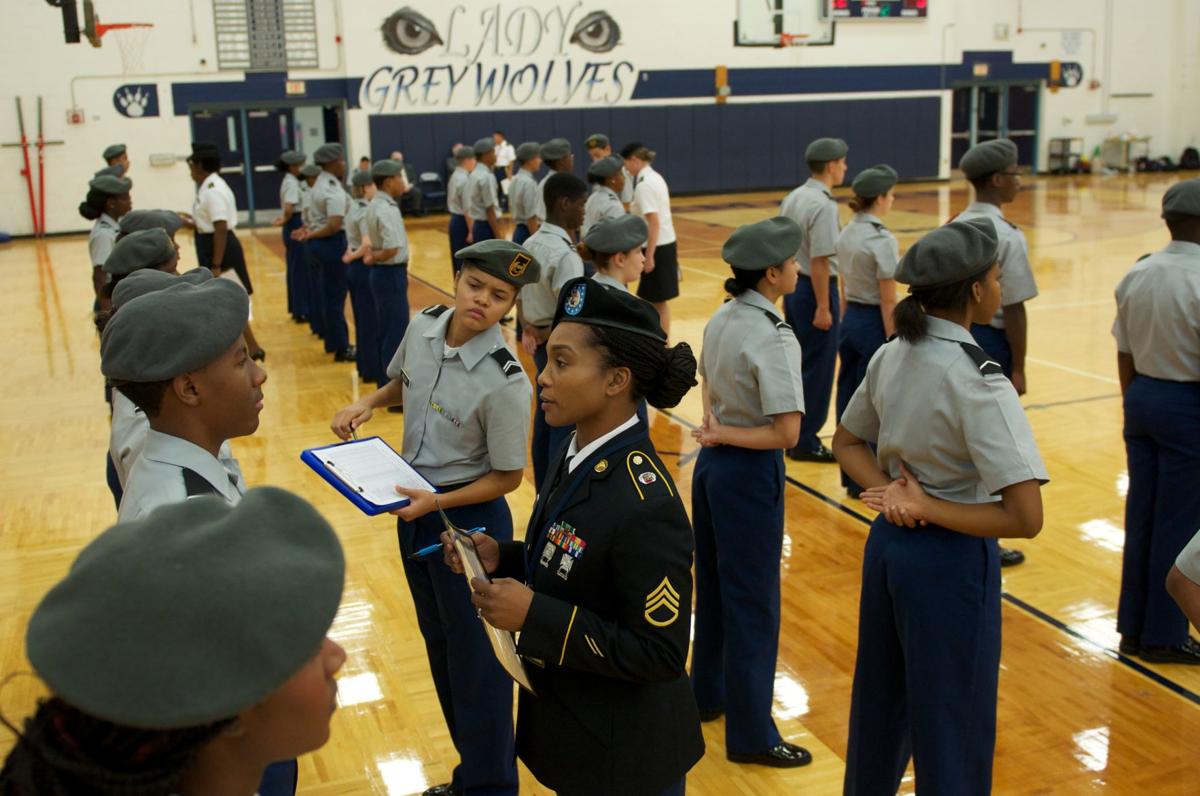 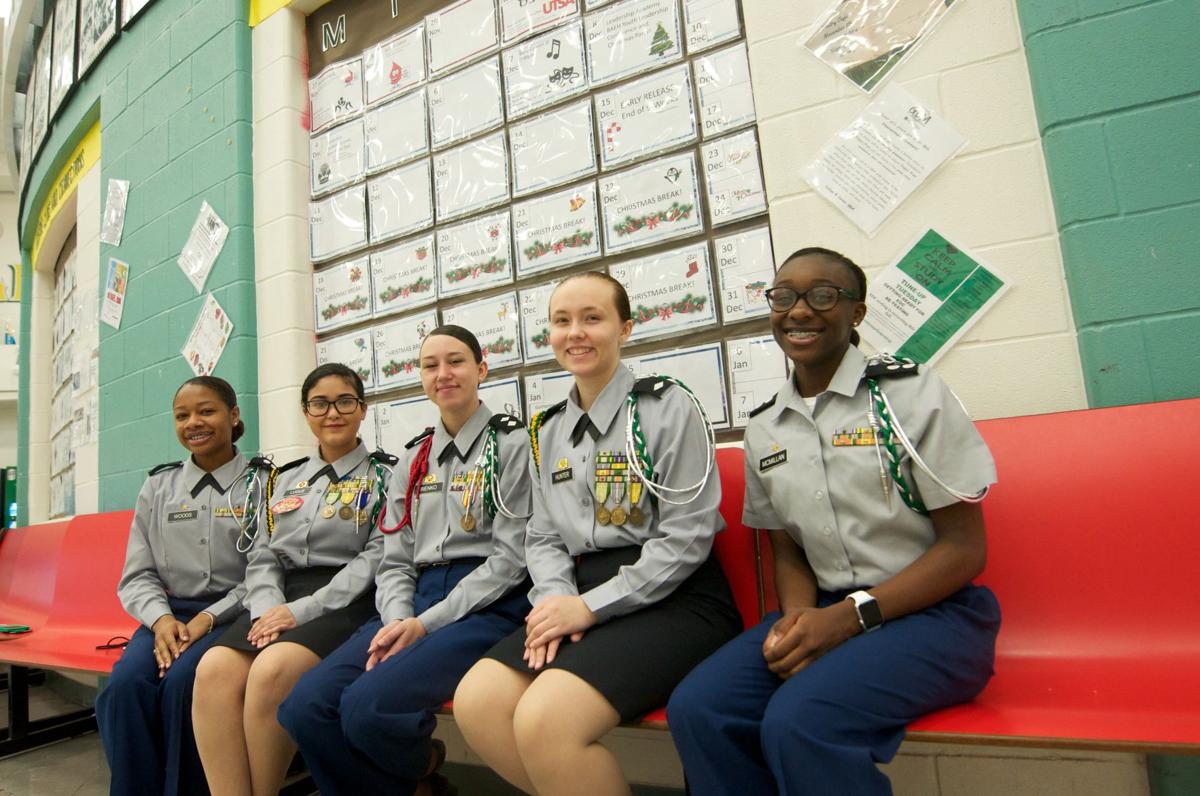 KILLEEN — A year’s worth of dedicated work culminates with an all-day inspection with the goal of earning a shiny gold star.

Actually, the every three-year formal inspection for Junior ROTC units is bigger than that. It critiques student and instructor performance to include curriculum delivery, community service, organization, marching, proper uniform display and other continuing measures of success.

The inspection team began Dec. 4 at Ellison High School with plans to continue at each of the other four high schools in the area one day at a time.

Chief of JROTC Operations Merl Fuchs said about half the units in the eight-state territory he oversees earn the Gold Star Classification with Distinction designation. JROTC leaders confirmed Friday that the four KISD battalions all maintained their Gold Star designations.

Once Ellison’s Alpha Company completed its uniform and marching inspection, company commander Adrian Luna, an Ellison senior, allowed himself to smile, then clap his hands, then urge his peers to take a breath because they did good.

The students wouldn’t find out until the end of the day if they succeeded in maintaining the battalion’s Gold Star, but along the way, they celebrated what seemed like a strong performance.

For more than a week, Ellison’s five companies entered the school gym to work on drill and ceremony. They mapped out their paces with tape on the floor and practiced again and again.

They dry-cleaned and pressed their uniforms and polished their shoes. They showed up ready.

“We really had to look good,” Luna said. “It feels good to get it over with. Everything came out good in the end.”

Students presented in a briefing at the start of the day, the group’s long list of activities, including a service project to mount three large bulletin boards on the walls in the school commons area.

The three boards communicate information about Ellison’s 36 different clubs on campus. One of the boards is a monthly school activity calendar that cadets maintain each week.

In addition to the bulletin boards, a television screen in the commons area keeps students informed through a rotating display of upcoming events.

“It was really hard and stressful. It was a good project and I’m proud of everyone who worked on it,” said Ellison senior Samira Luque. “I’m happy we all got to do the presentation.”

“It’s really big,” said Bienko of the day of inspection for the 180 students in the five Ellison High School JROTC companies. “It determines if we continue as an honor unit with distinction. The title makes you feel proud of yourself.”

Taking a broad view, the student battalion commander said she wanted the best for every unit in the area — Ellison, Harker Heights, Shoemaker, Killeen and Copperas Cove high schools.

“We’ve worked really hard,” she said. “I hope all the schools get it. I wish the best for all of them.”

A similar scene played out in the Shoemaker High School gym Tuesday, with four companies completing marching and uniform inspection and a color guard unit casing and uncasing the colors.

“This inspection validates that we are following guidelines,” said Shoemaker senior Naheem Hudson, executive officer for Charlie Company. “We want to make sure that Shoemaker High School JROTC is doing the right thing.”

Marching for inspectors and answering questions correctly allows the battalion to maintain accreditation and its Gold Star designation.

“We’ve been working for months practicing our marching,” he said. “Every cadet and platoon knows the knowledge they need today.”

The 198 cadets that make up the four Junior ROTC companies at Harker Heights High School briefed the inspection team and demonstrated marching and other maneuvers Wednesday.

Senior Newgent Brown, battalion operations and training officer, said the goal for every cadet was to score at least a 95 and retain the highest Gold Star unit designation.

“It’s really important for all the cadets,” he said. “It would mean that all the hard work is paying off.”

A morning briefing informed inspectors of the battalion’s continuous improvement project to improve cadet knowledge throughout the organization.

An afternoon briefing focused on a special project that included wreath retrieval at the Central Texas Veterans Cemetery as well as a decision and consequences study of the wars in Vietnam and Iraq.

“So far, I think we will be able to keep our gold star,” Brown said about halfway through the inspection.

“This inspection is important because we can prove we deserve the star on our uniform,” she said. “We work hard every year. We study and we drill so we can keep the honor unit. It’s a good name for our school.”

“Everyone gets really nervous,” San Nicolas said, “but we calm down. We’ve prepared all year for this.”