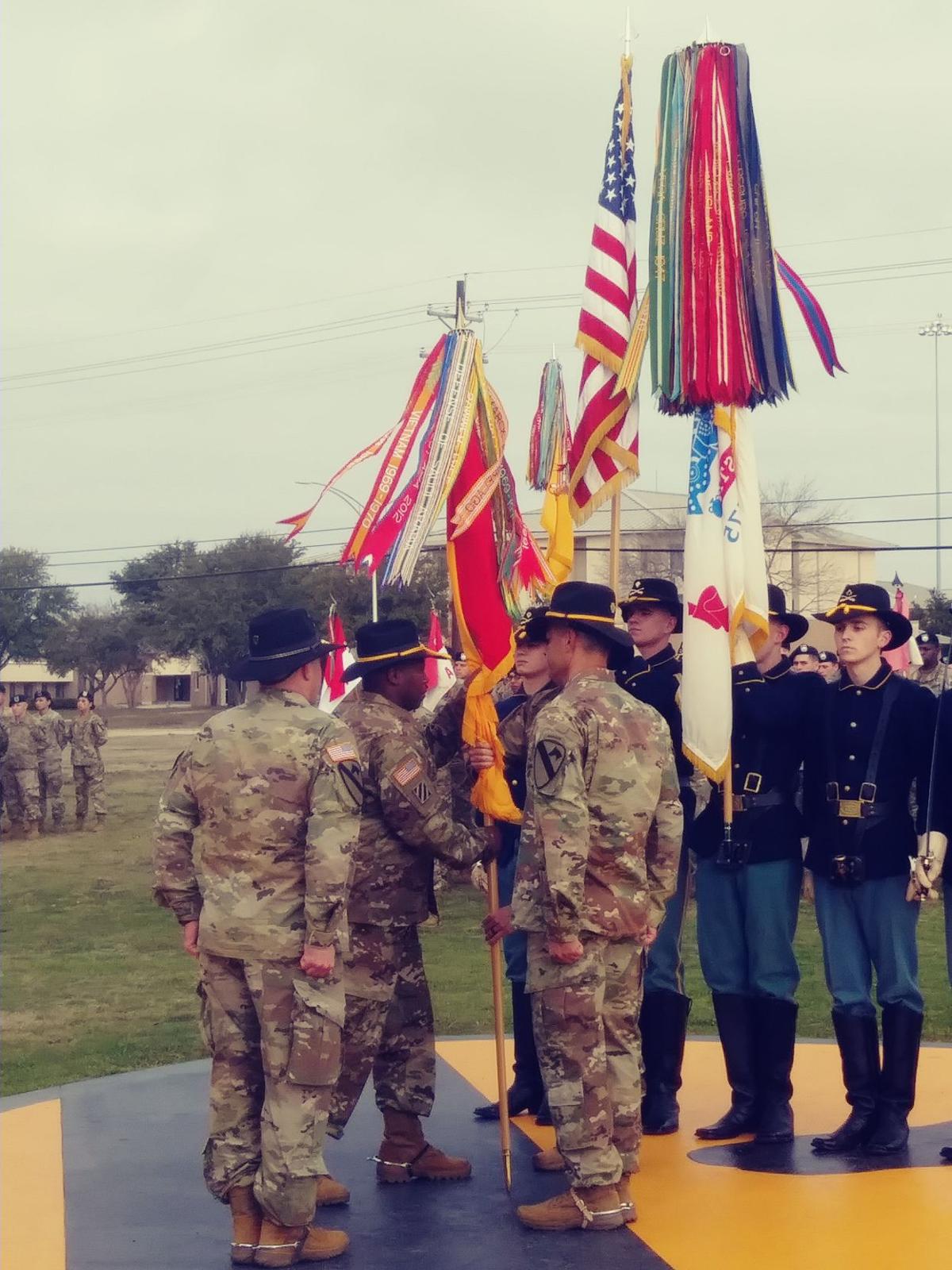 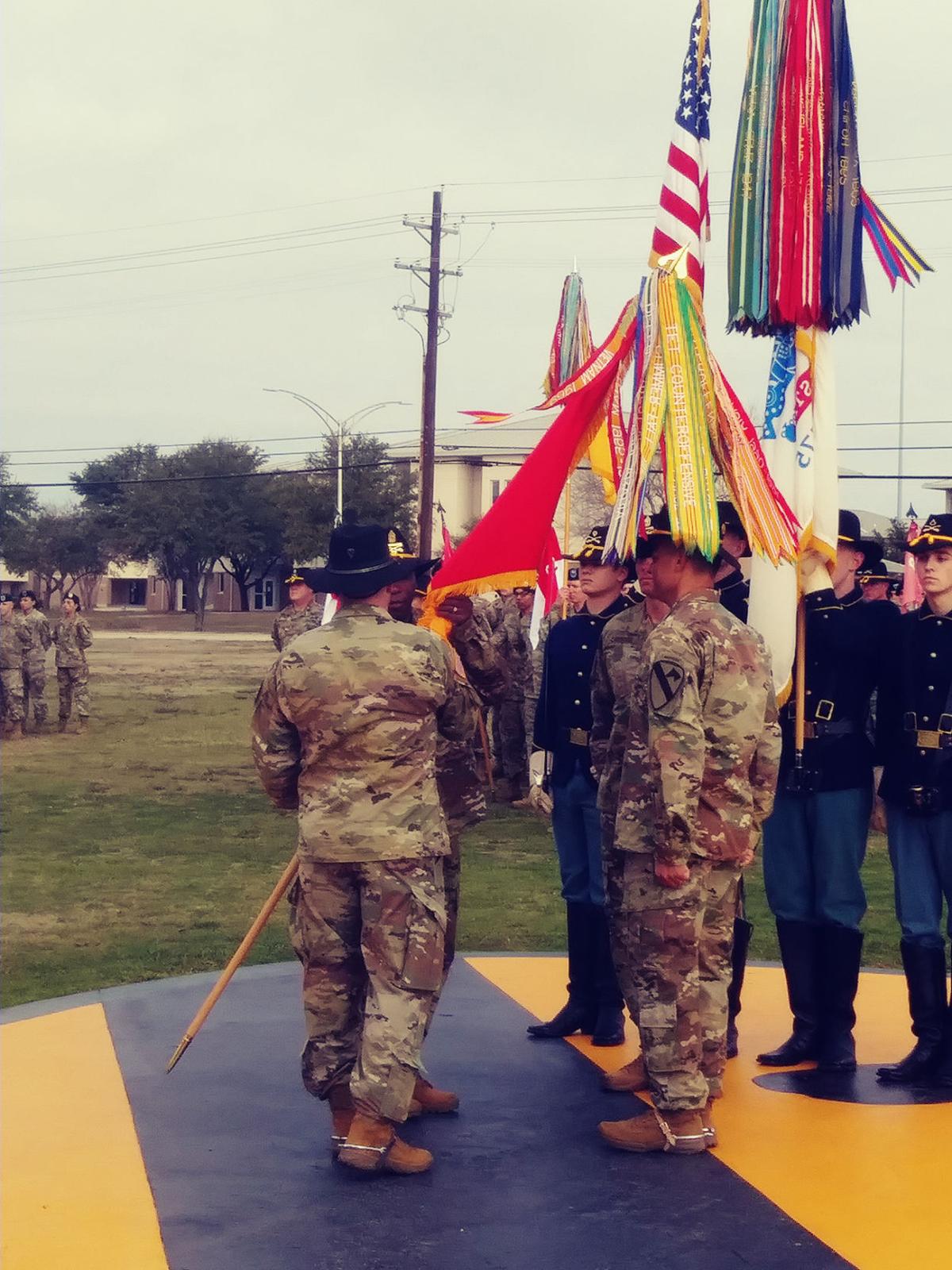 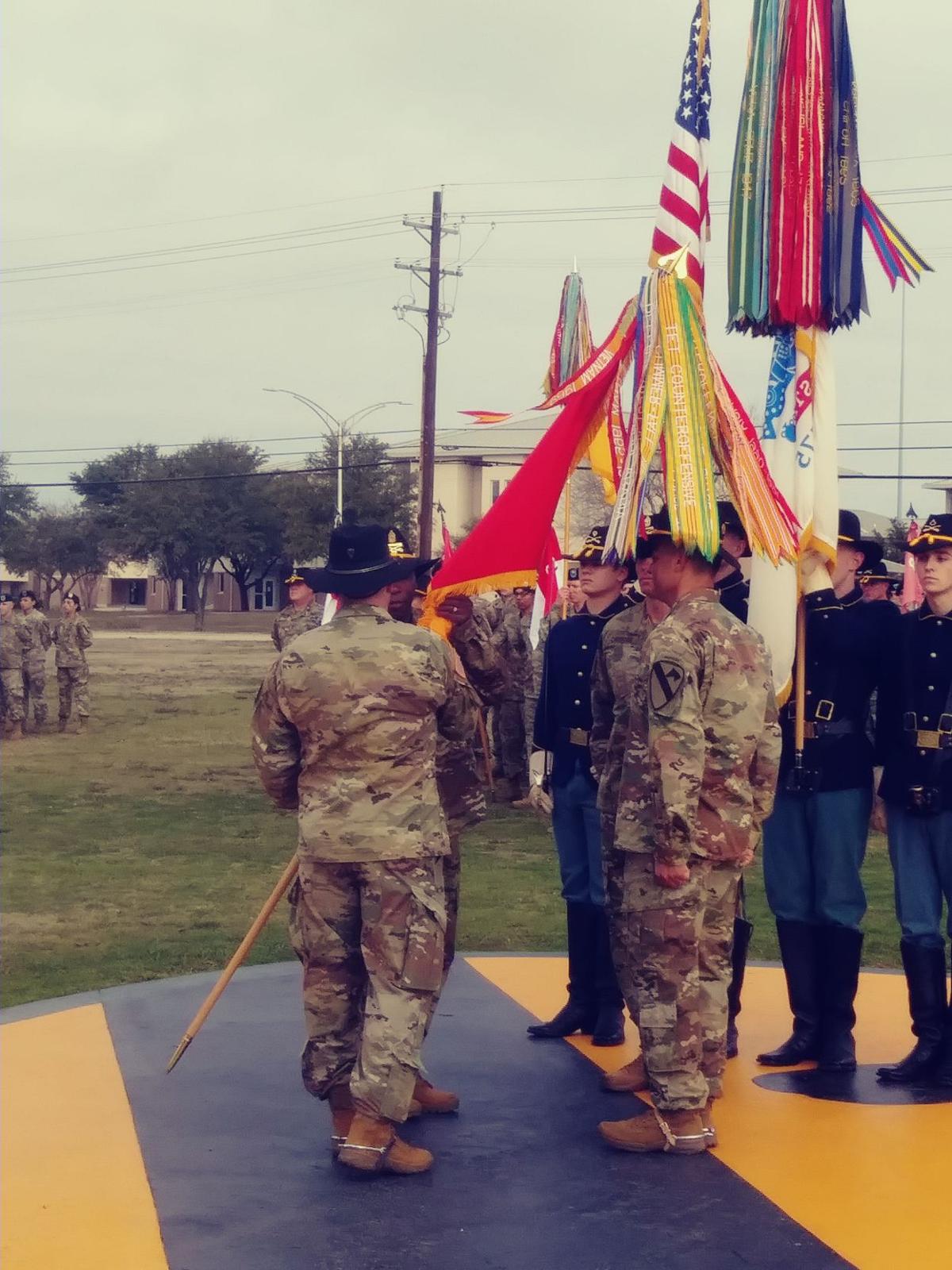 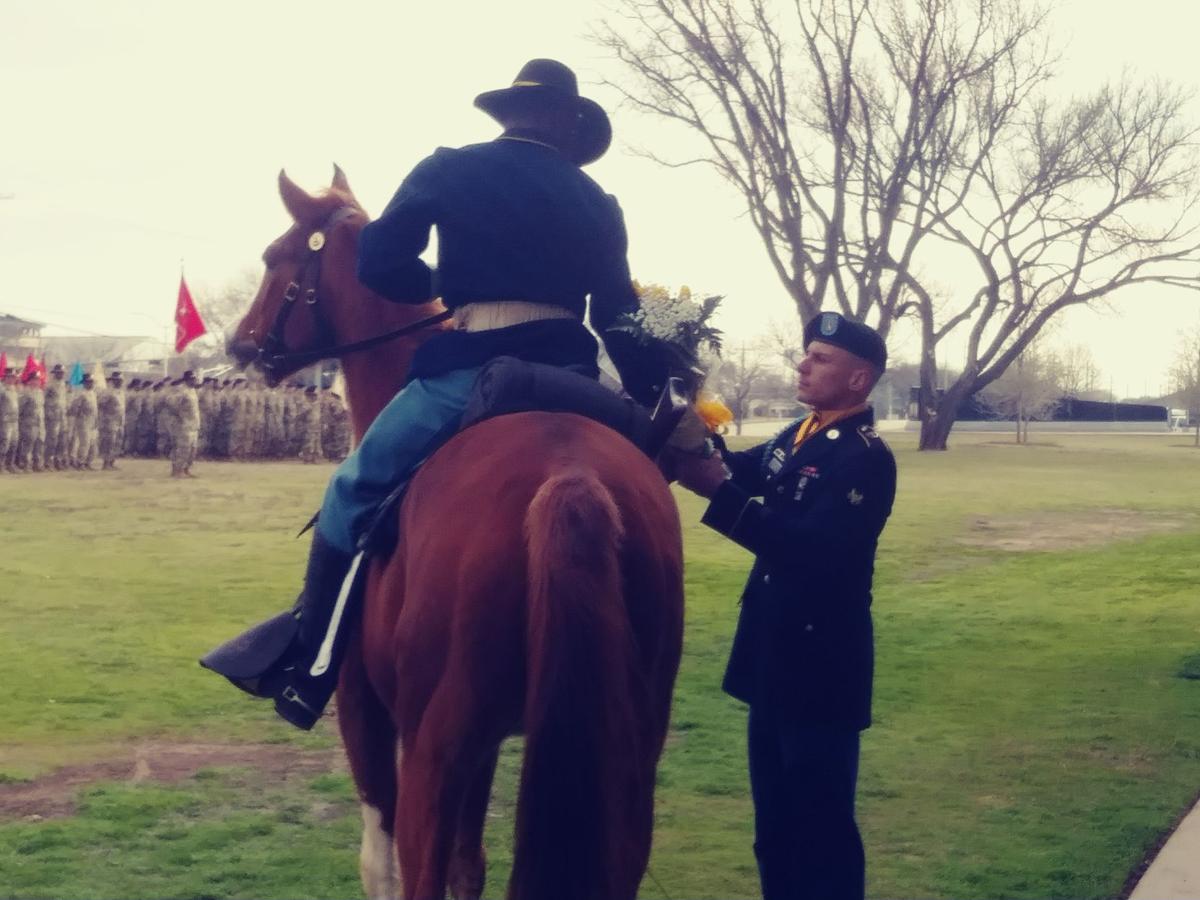 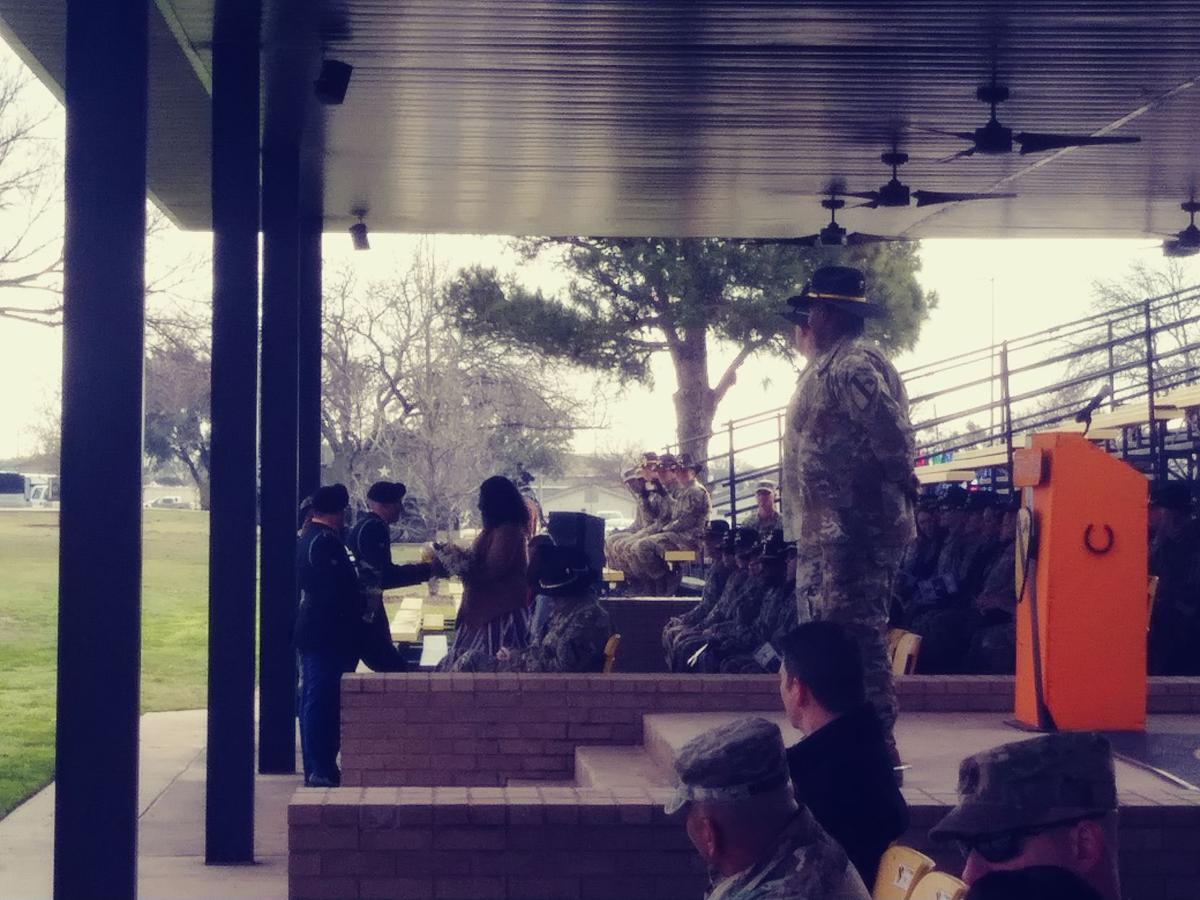 The “Ironhorse” Brigade welcomed a new senior enlisted advisor on Friday during a ceremony at Cooper Field.

The Operations Groups “train combat units in a realistic scenario to a demanding standard, then provide meaningful feedback to soldiers, leaders and staffs at every level, platoon to brigade,” according to the Fort Irwin Facebook page. Cobra Team was one of the groups responsible for training the Ironhorse Brigade at the unit’s last rotation to NTC.

“Today marks another chapter for this brigade, as well as our Army — we transition the sacred responsibility from one great noncommissioned officer to another,” said Schoenfeldt. “The assumption of responsibility is something we celebrate. With sadness and joy, we did a fast and fond farewell to a great command sergeant major, Jimmy Light, who did a phenomenal job as Ironhorse command sergeant major. His dedication and true passion for Ironhorse, the troopers and families, was immeasurable.”

After wishing Light future success as the 3rd SFAB command sergeant major, Schoenfeldt welcomed Hall and his family to the team.

“Sgt. Maj. Hall and his family come to us from the National Training Center at Fort Irwin, where he did a phenomenal job as Cobra 40,” the commander said. “To the Ironhorse soldiers on the field, you look awesome. Your hard work and dedication to your battalion and to the Ironhorse Brigade are in keeping with our finest cavalry traditions.”

For Hall, his new position will be the first time he has served with the brigade in his nearly 25-year career.

“This is a humbling experience, and I’m just so excited,” he said. “I’m going to do everything I can to take our team to higher heights. We’re going to stick to the fundamentals, continue to work on our craft and just repetition: Because repetition is what builds formations.”